If you’re tall and happen to find yourself in the front of a Mazda MX-30, we think you’ll be quite happy. There’s plenty of room, whether you’re long in the leg, the body – or both. Plus, there’s the width: you get enough to put distance between you and your neighbouring passenger.

Storage space is abundant. There’s a big glovebox and the usual array of cupholders and trays, including the one in the centre console that’s cork lined, which prevents keys jangling or your mobile shooting into the footwell at the hint of a corner.

So which rivals are better? Well, most of them, including the Renault Zoe, which happens to be a smaller car. The Peugeot e-2008 is too, yet that will seat four adults in total quite comfortably, while the Kia e-Niro seats five adults easily.

The Mazda MX-30’s boot is quite small, especially next to the other electric SUVs – again that includes the e-Niro and e-2008. It’s not much bigger than the boot of a Ford Fiesta and there’s no clever stuff, such as a height-adjustable boot floor, to make life easier. You don't even get a space under the floor for the charging cables so they’ll be taking up room and sliding around in the main compartment.

You can drop the 60/40-split rear seats to make extra room, although you still won’t be able to take as many bags to the tip as you would do in similar-sized rivals. The extended boot floor is at least flat, though. 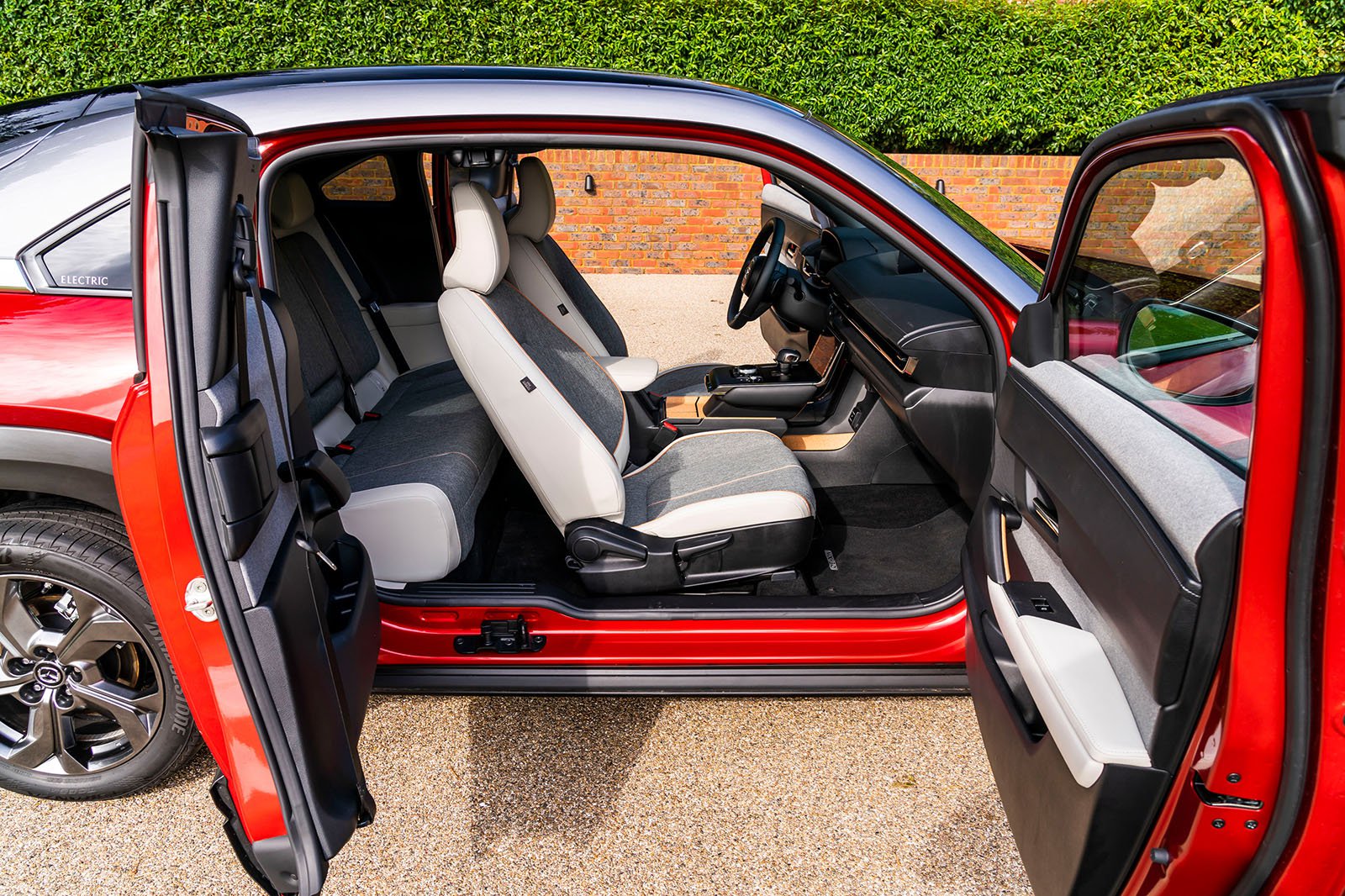