Skoda has added an all-wheel-drive option to its Octavia vRS. It isn't cheap, though, so we've driven it on UK roads to see whether it's worth shelling out the extra... 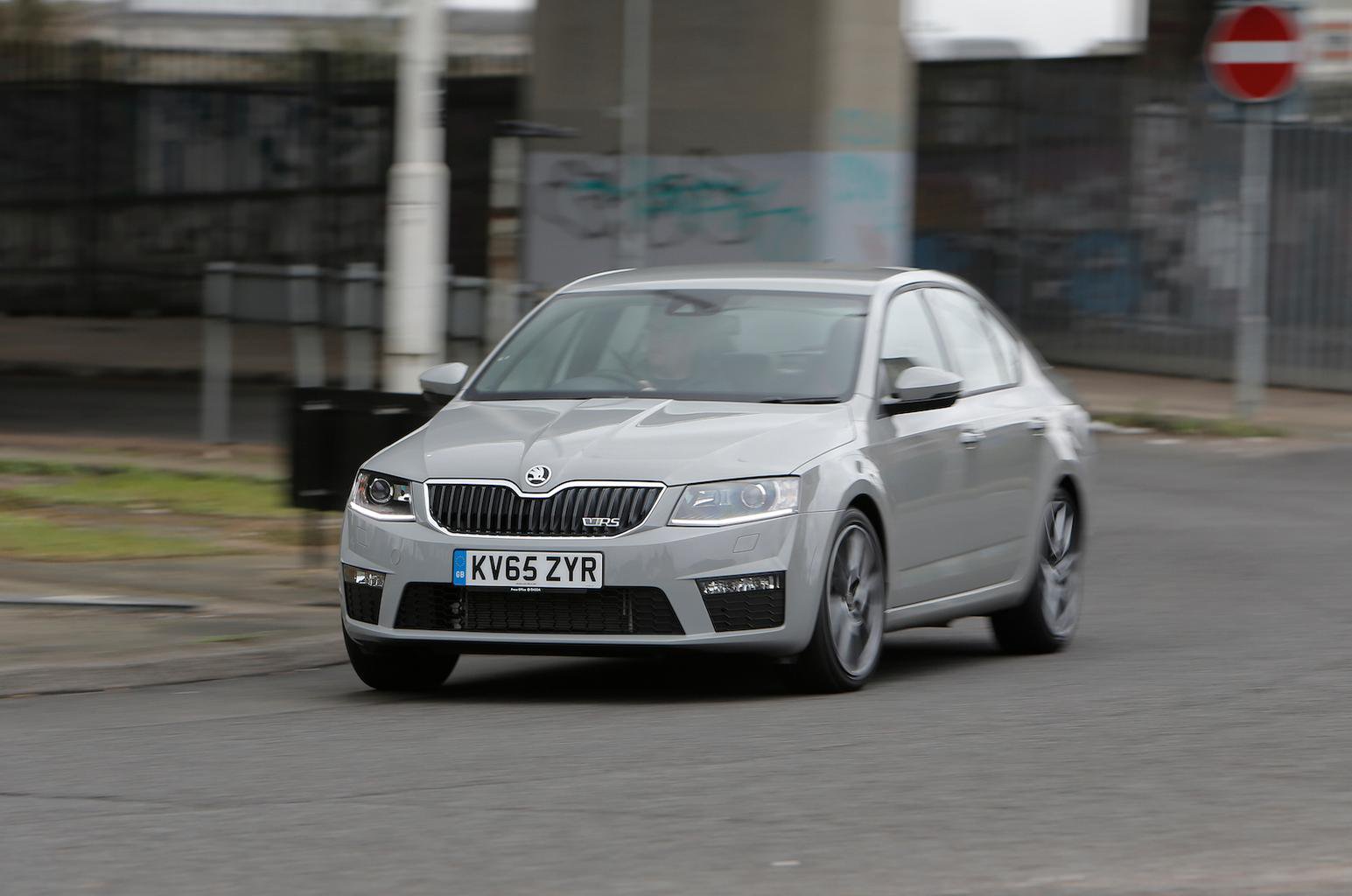 Skoda added a vRS version of its popular Octavia family car to the range back in 2013, but it's taken until now for an all-wheel-drive model to come to market.

It follows a recently released higher-powered 230 petrol, but this 4x4 model will be restricted to diesel-powered automatic cars. To be more precise, the 4x4 comes with a 182bhp 2.0-litre diesel engine only, with power reaching the wheels through a standard six-speed automatic gearbox.

Buyers have more choice when it comes to bodystyle because the vRS 4x4 is available as either a hatchback or an estate, with prices starting at £27,315 for the hatch and the estate commanding a £1200 premium on top of that. However, both come with a sat-nav, xenon headlights, 18in alloys and climate control as standard.

Skoda has chosen to stick with this 182bhp version of its 2.0 TDI rather use the slightly more powerful version used in its recently launched Superb. Even in this lesser state, it offers the sort of low-down shove that makes driving across hilly, twisty country roads extremely easy work.

It doesn't mind pulling across a wide band towards its limiter either, although ultimately a petrol vRS is the quicker car both on paper and on the road when pushed hard. The diesel suffers more vibration at the wheel at low revs, too, but its engine settles well at a cruise; thanks to a sound symposer it also sounds relatively good from inside the cabin.

Compared with its front-wheel drive automatic equivalent, the 4x4's extra mechanicals add 85kg in weight, but its extra traction means it's slightly quicker in a sprint from a standstill to 60mph. It disguises its weight well in terms of handling because it's every bit as keen to turn into bends and its steering is precise enough to have genuine fun with. Okay, the vRS rolls more in tight bends than the best hot hatches, but it's not off-putting.

The vRS gets more advanced rear suspension than cheaper Octavias, too, with a 12mm lower set-up than standard. It all helps the car feel more settled over sharp ruts and potholes while also feeling better tied down over undulating roads than cheaper models in the range. It's firm, yes, and you're always aware of our broken roads passing beneath you, but it never becomes outright uncomfortable.

What is the Skoda Octavia vRS 4x4 like inside?

The addition of all-wheel drive hasn't done anything to hinder the Octavia's class-leading space and practicality. Two tall adults can stretch out in the front seats and the driver has plenty of wheel and seat adjustment. The vRS's sports seats manage to keep you in place in tight corners, yet they remain comfortable at the same time.

Elsewhere, the cabin is adorned with some faux-carbonfibre surfaces, which at least feel sturdily constructed even if they're not entirely convincing. In general, there's a feeling of sophisticated solidarity rather than outright luxury. An Amundsen sat-nav system consisting of a 6.5in touchscreen and menu shortcut buttons is standard and works well, proving to be bright, clear, well-ordered and responsive.

The Octavia's cavernous 590-litre boot isn't affected by the addition of the 4x4 hardware. It remains easily accessible and uniformly square in shape, even if there's a considerable lip to lift heavy bags over when placing them inside. It'd also be nice to see a variable boot floor, but Skoda only offers this on estate versions.

There are plenty of reasons to do so. Many people require the added security of all-wheel drive in the winter months and there are few cars that blend space, pace, agility and low running costs so well at such a competitive price. In short, the vRS 4x4 very much deserves its sporting badge.

A Seat Leon ST FR with the same engine and gearbox is slightly cheaper to buy but far smaller inside, while a Golf GTD Estate with identical running gear starts at more money and still isn't as spacious. Both are front-wheel-drive only, too. Similarly quick all-wheel drive diesel autos, such as the BMW 3 Series Touring xDrive and Audi A4 Avant quattro, are plusher inside and sharp to drive, but they are less practical and cost thousands of pounds more.

However, is this the best Octavia vRS? Probably not. If you're looking for the biggest thrills, the standard petrol vRS is quicker at sprinting between corners while providing the same space and handling package at a lower initial price. For the majority of people, the cheaper, faster front-wheel drive option will make more sense.