Seat's smarter, larger small hatchback will take on some of the UK’s best-selling cars... 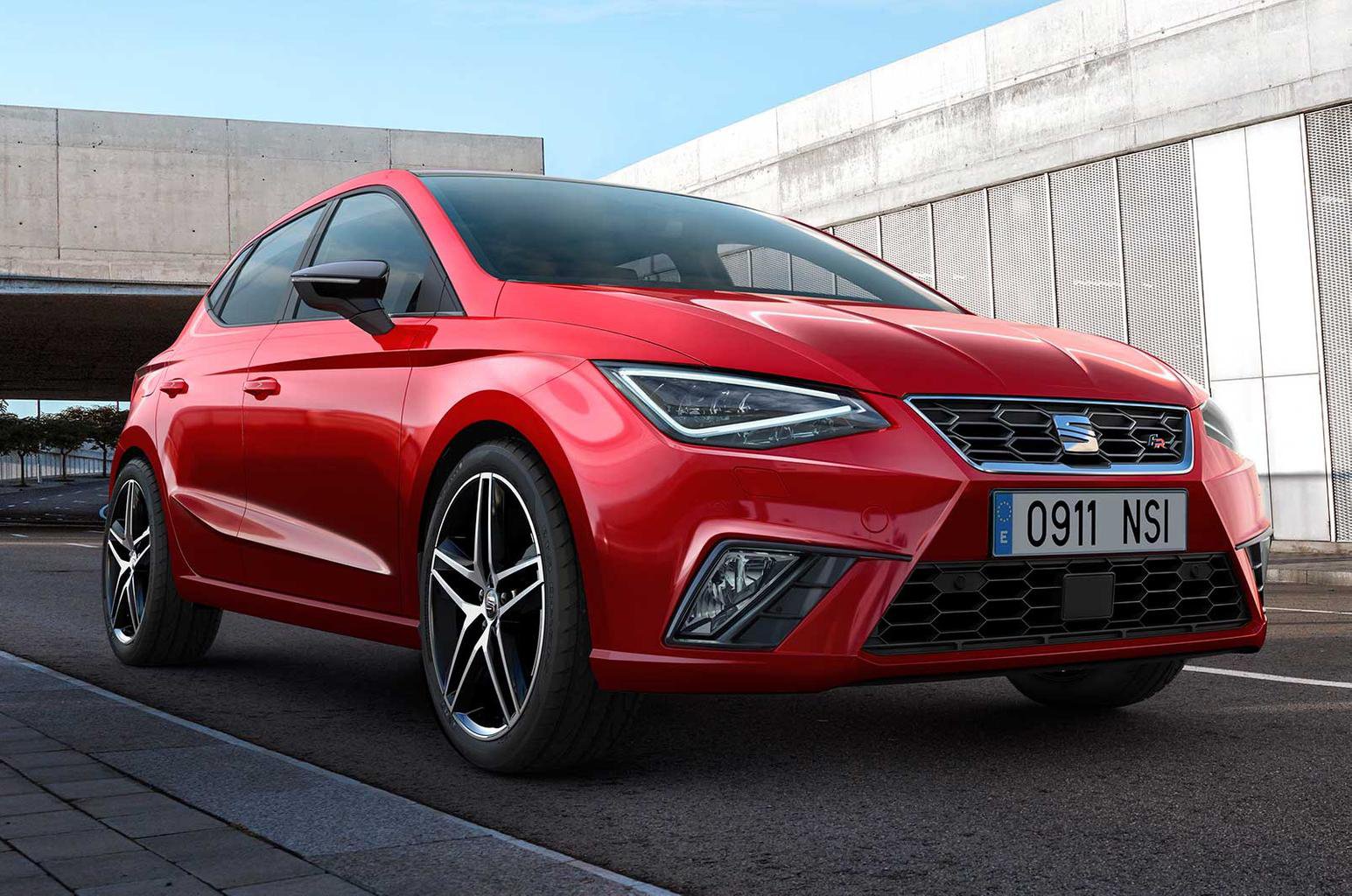 Small cars are big business in the UK, and challenging the success of models such as the Ford Fiesta, Vauxhall Corsa and Volkswagen Polo is always going to be difficult. Seat has so far given things a good go, though, with its Ibiza.

It’s been on sale in this country since 1985, and in its current form since 2008 – but although it offers a strong range of engines, reasonable running costs and decent standard equipment, the current Ibiza is beginning to show its age. Next to high-tech rivals – including our current class favourite, the Skoda Fabia – what’s supposed to be Seat’s youthful and peppy upstart is looking more like a middle-aged frump. 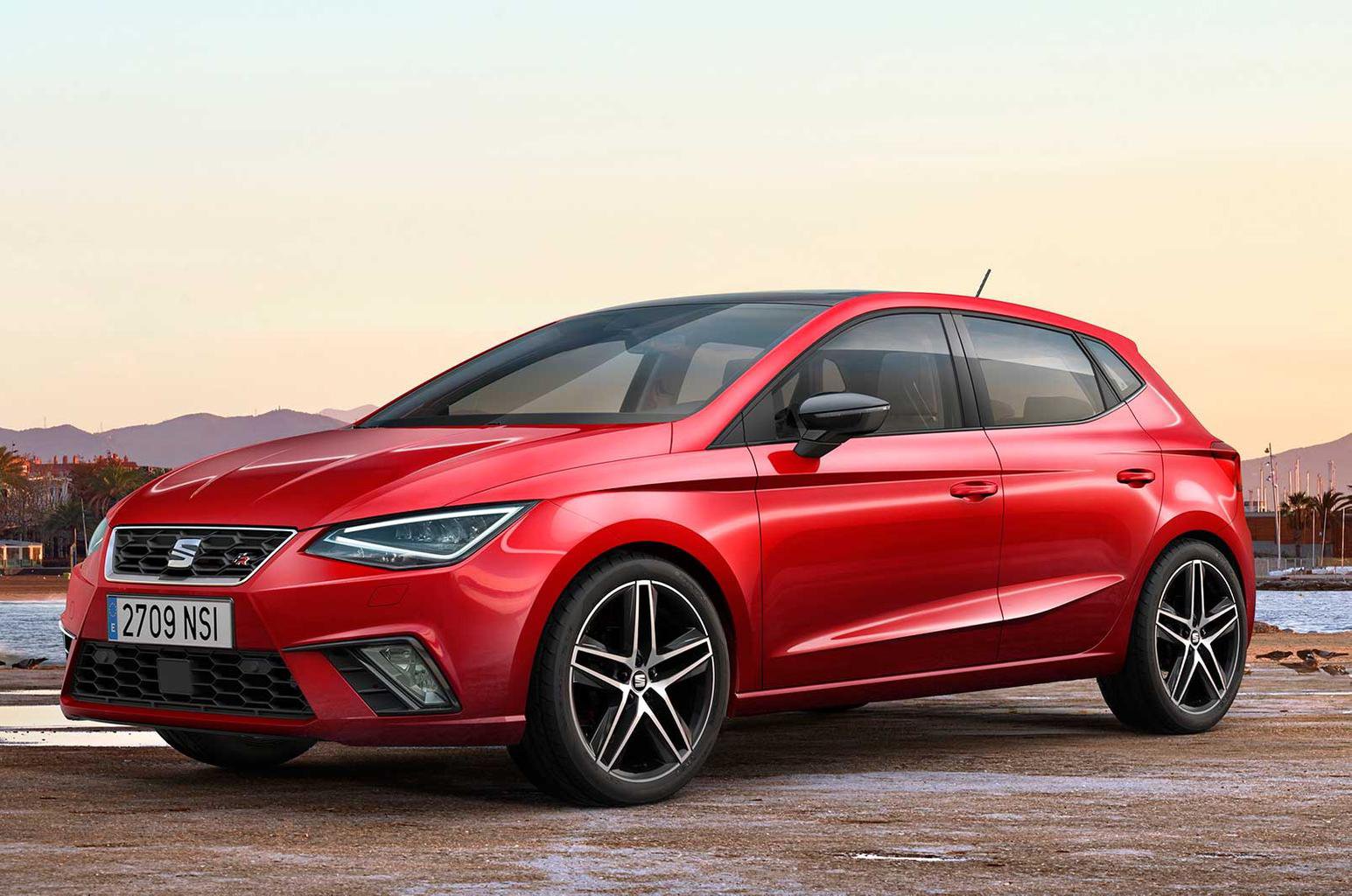 Welcome, then, to the all-new Seat Ibiza. This fifth-generation car is wider, slightly lower and shorter than the car it replaces, and has more space between its front and rear axles – all of which means more space inside.

The Ibiza’s design has been updated, too, to bring the car in line with Seat’s other big-selling cars, most notably the Leon family hatchback and the Ateca small SUV, although the changes are subtle to say the least. The Ibiza will now only be available in five-door form, with the three-door Ibiza SC dropped due to poor sales. 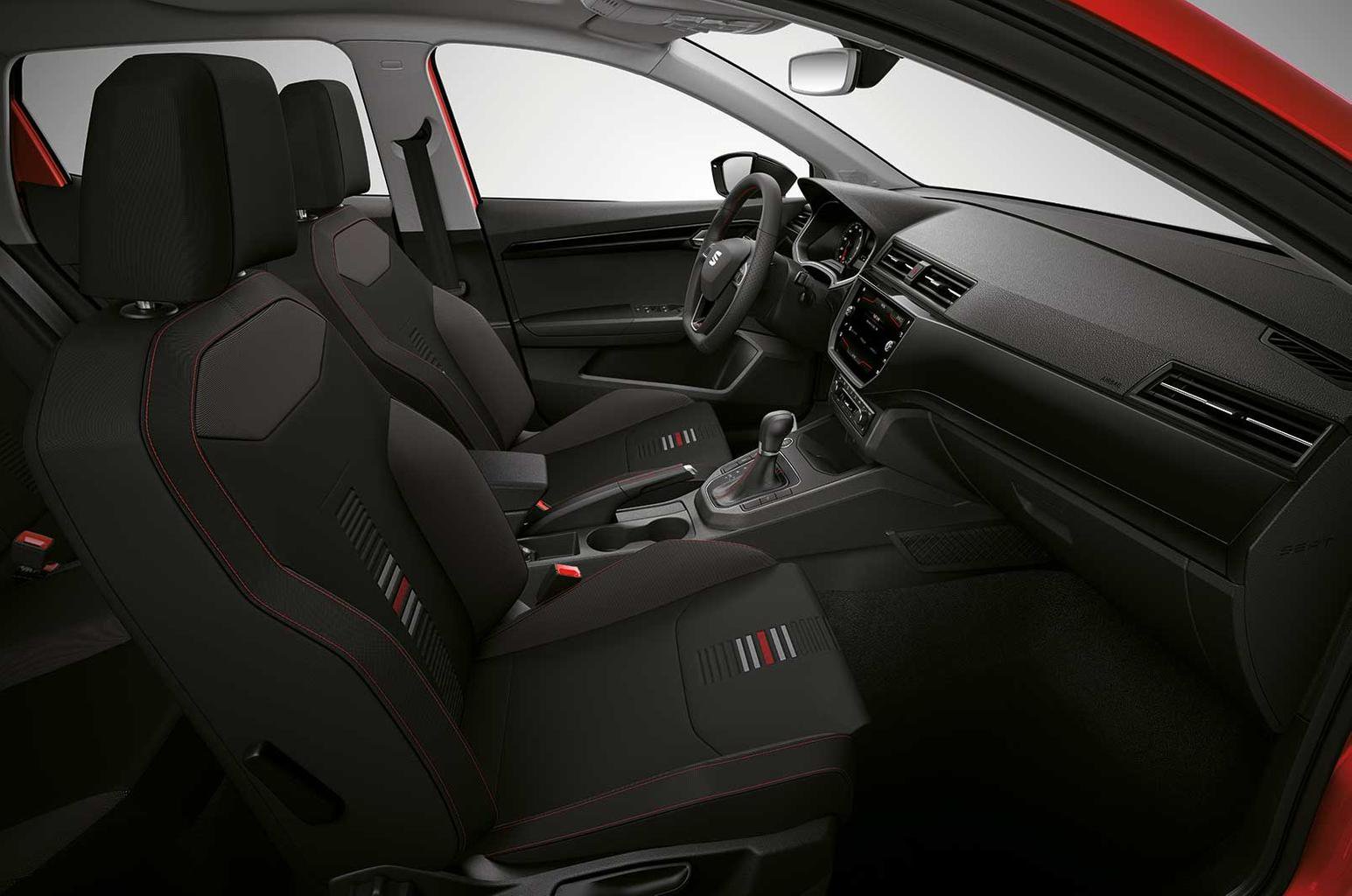 Inside, the new Ibiza gets wider seats, and the Ibiza’s larger dimensions mean vital extra centimeters in leg and head room for rear passengers. Small hatchbacks are rarely comfortable for adults over long distances, and the current Ibiza suffers from a roofline that slopes towards the rear of the car. Boot space has increased, too, with the Ibiza now offers more luggage space than any of its main rivals.

There’s new technology inside as well, with an 8.0in infotainment touchscreen on higher trim levels allowing drivers to connect their mobile phones using the Apple CarPlay, Android Auto and Mirror Link apps, while a wireless phone charging area is an option. Lower-end versions of the car get a 5.0in touchscreen. 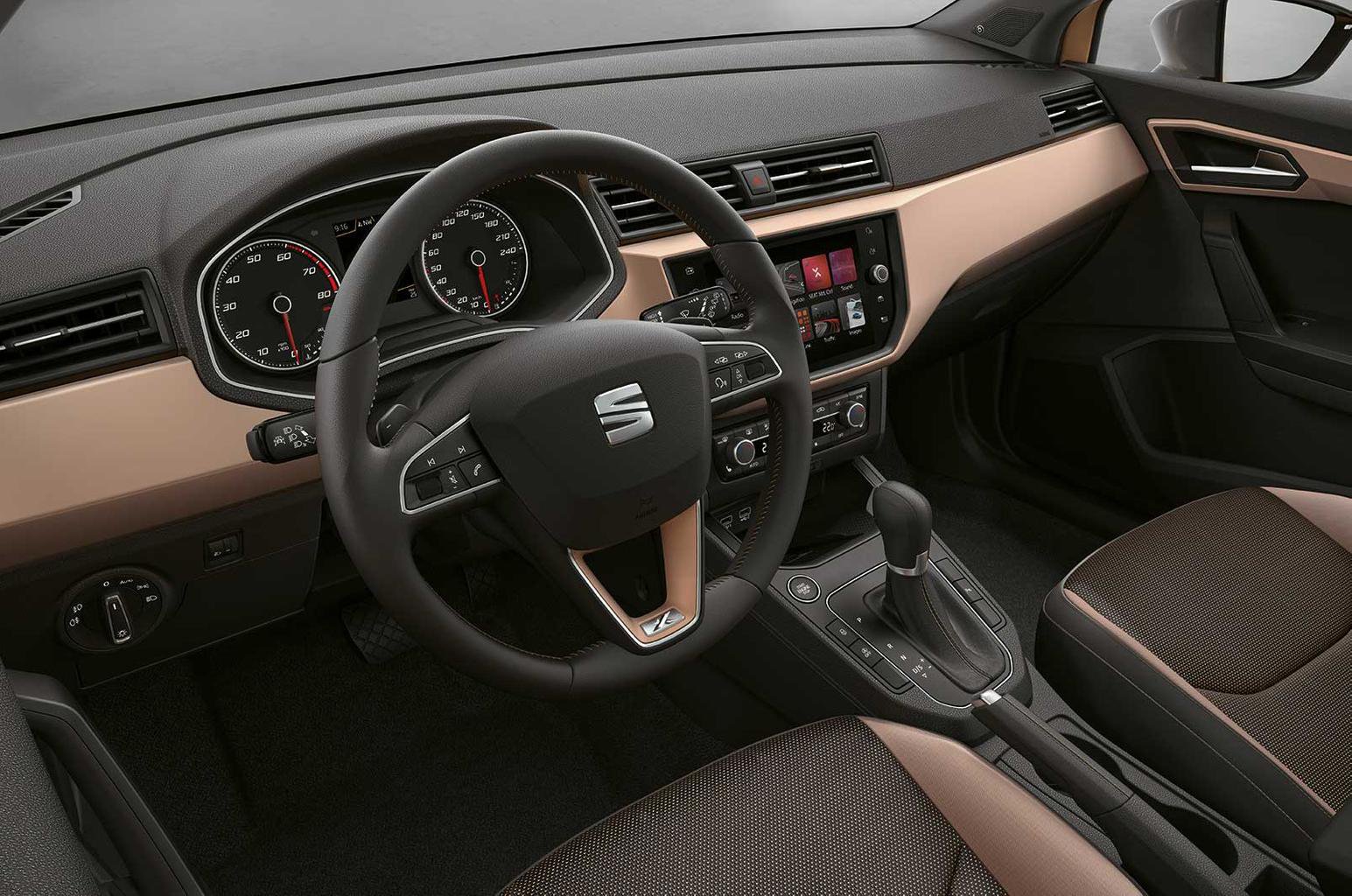 Powering the new Ibiza are three petrol and two diesel engines. The entry-level choice is a 1.0-litre, three-cylinder petrol which can be had in both 94bhp and 113bhp forms, and as the Ibiza will spend most of its time in the city this is likely to be the engine of choice for UK buyers.

That said, if you’re looking for more power, a 148bhp 1.5-litre petrol option will go on sale later this year, or if you’ll be doing enough miles to justify choosing a diesel, then there are two 1.6-litre engines to choose from, with 79bhp and 94bhp respectively. Five and six-speed manual gearboxes are available, alongside a seven-speed automatic.

Although it has yet to be officially confirmed, a new hot hatch Cupra version of the Ibiza is expected to arrive within the next 12 months to rival the likes of the Fiesta ST and Polo GTi.

Refinement has never been one of the Ibiza’s strong points, particularly in terms of engine noise from its diesel engines, and also from its suspension on bumpy roads, but Seat says the new Ibiza should be quieter and more comfortable for occupants.

What equipment does the 2017 Seat Ibiza come with?

Four trim levels will be offered in the UK: S, SE, FR and Xcellence. While standard kit lists are yet to be confirmed, we do know that FR cars will get sportier bodywork, stiffer suspension and will allow drivers to choose between Comfort, Eco, Sport and Individual driving modes. Range-topping Xcellence cars, meanwhile, will focus on luxury and technology.

It’s likely that buyers will find the best balance of equipment and price in the mid-range SE models, which is the trim we recommend on the current Ibiza. 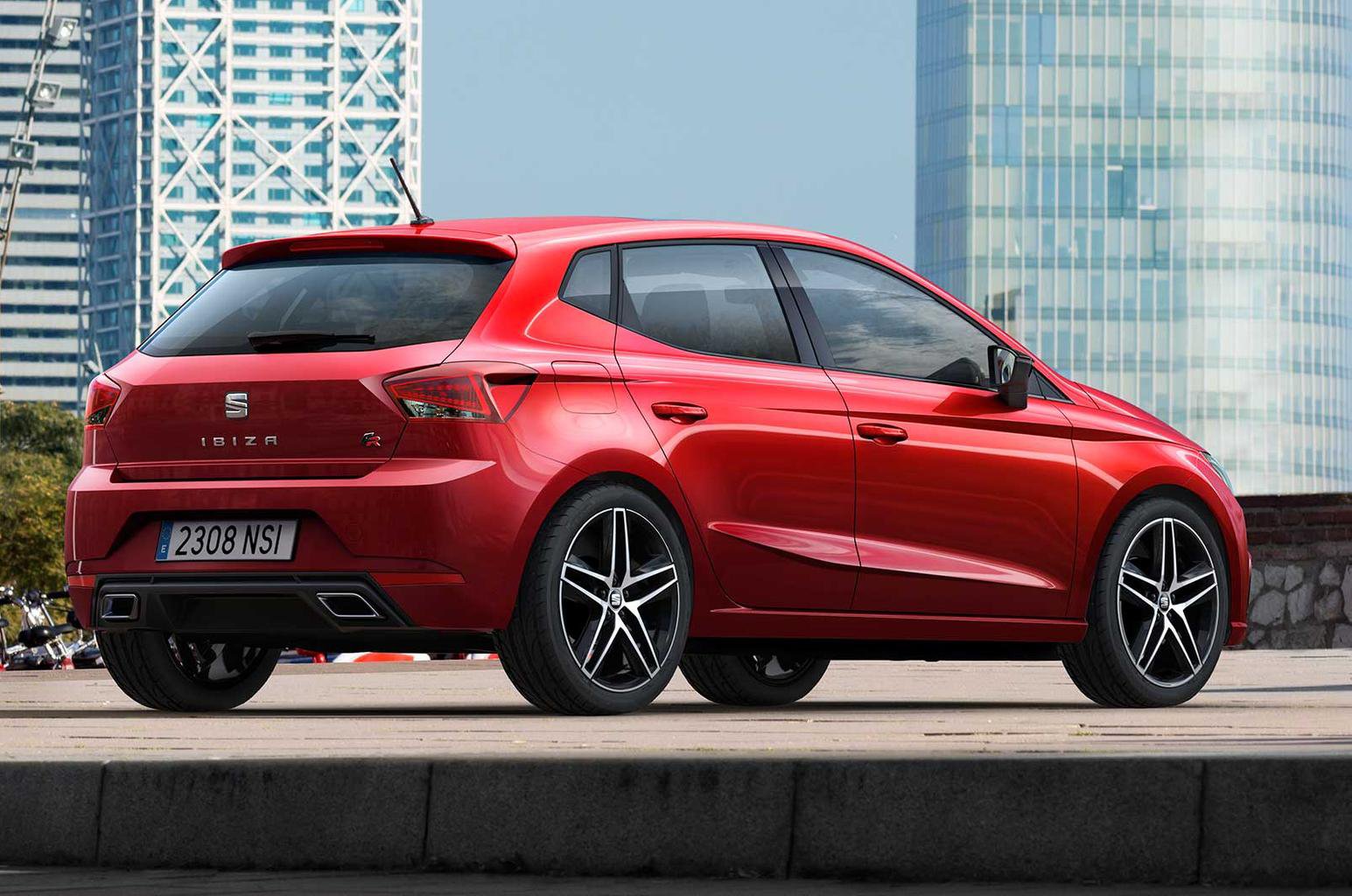 Seat hasn’t detailed official pricing for the new Ibiza, but with the current five-door model costing from £12,960, it’s already more expensive than the five-door Polo, Corsa and Skoda Fabia – which cost from £12,460, £12,480 and £11,155 respectively – but is significantly cheaper than the big-selling Ford Fiesta, which is £14,395 in five-door form.

Seat won’t want to increase the Ibiza’s price too much and risk being seen as uncompetitive in this demanding market, so we wouldn’t expect the new car’s entry-level price to go beyond £13,000. Personal contract purchase (PCP) deals are generally competitive, too, and the Ibiza’s resale values should ensure you get a decent chunk of money back when it’s time to sell.

This Ibiza will also form the basis of the Arona, a smaller SUV sibling to the Ateca that will go on sale in December and should cost from around £15,000.

See more of the current Seat Ibiza in our video review, below.