The BMW 218i Gran Coupe combines sleek lines with a fuel-sipping engine. Could it be the sweet spot of the range?... 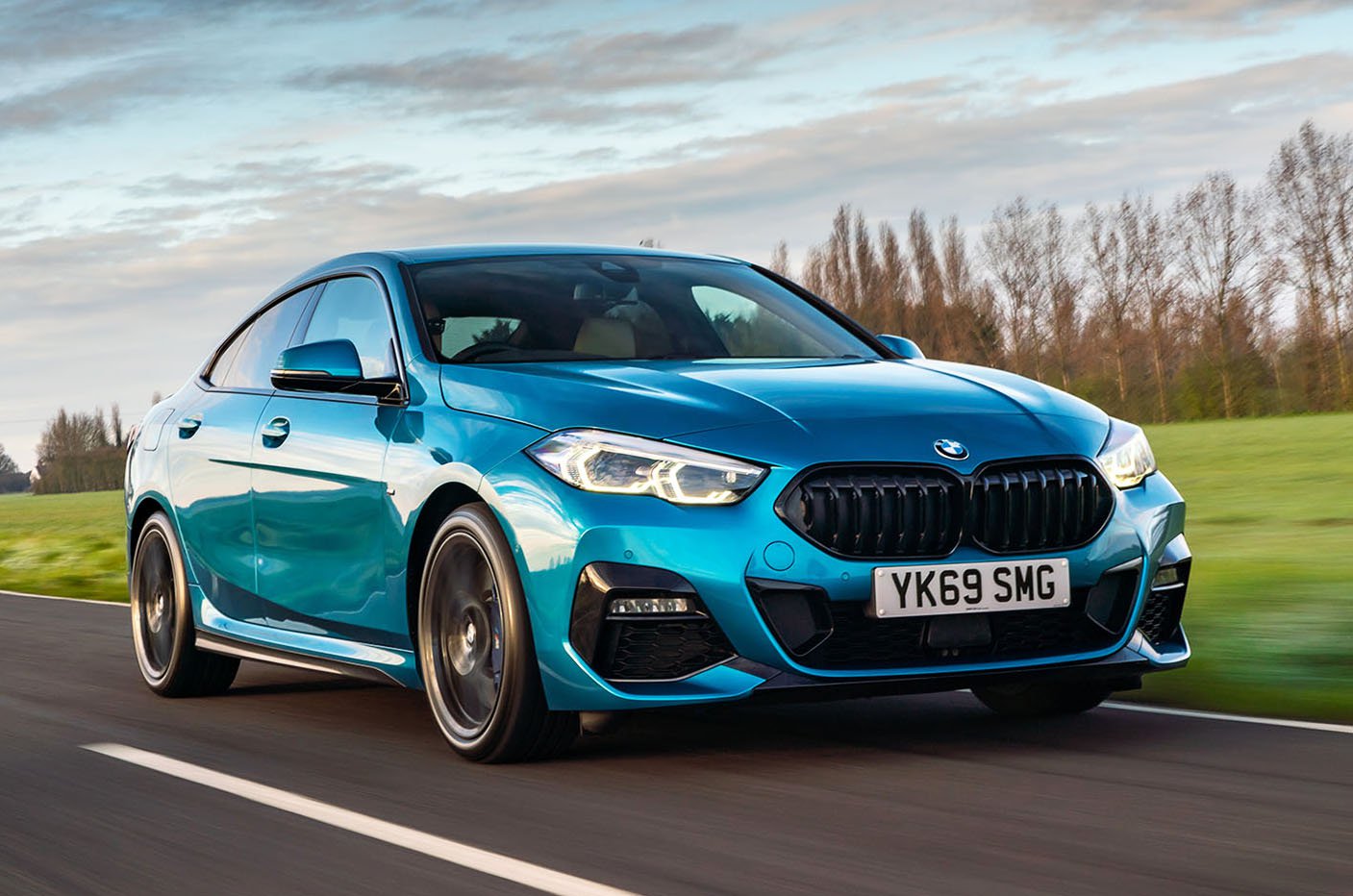 Isn’t it funny how trends come and go? Most might think the current ‘big thing’ in motoring is the beefing up of regular hatchbacks to turn them into pseudo-SUVs, but there is another fashionable fix. Take one humdrum hatch, add a sleek roofline, an elongated tail plus a few stylish swoops, and you might have another 'big thing.'

Take the BMW 218i Gran Coupé. Without beating around the bush, it’s essentially a BMW 1 Series with more glamour. But that’s definitely not a bad thing, because the 1 Series is already one of our favourite family cars. The 2 Series Gran Coupé’s closest rival is the Mercedes A-Class's more fetching sibling, the Mercedes CLA, while the larger Volkswagen Arteon also carries that same air of style.

There’s a choice of two petrol engines and one diesel. Here, we’re testing the entry-level 1.5-litre petrol with 138bhp, badged 218i, which is available in regular Sport or more aggressive-looking M Sport trims. It’s our favourite engine in the 1 Series, so it's certainly worth a closer look. We’ve already sampled the more powerful 220d and M235i, but does this smaller, cheaper, cleaner version make more sense? 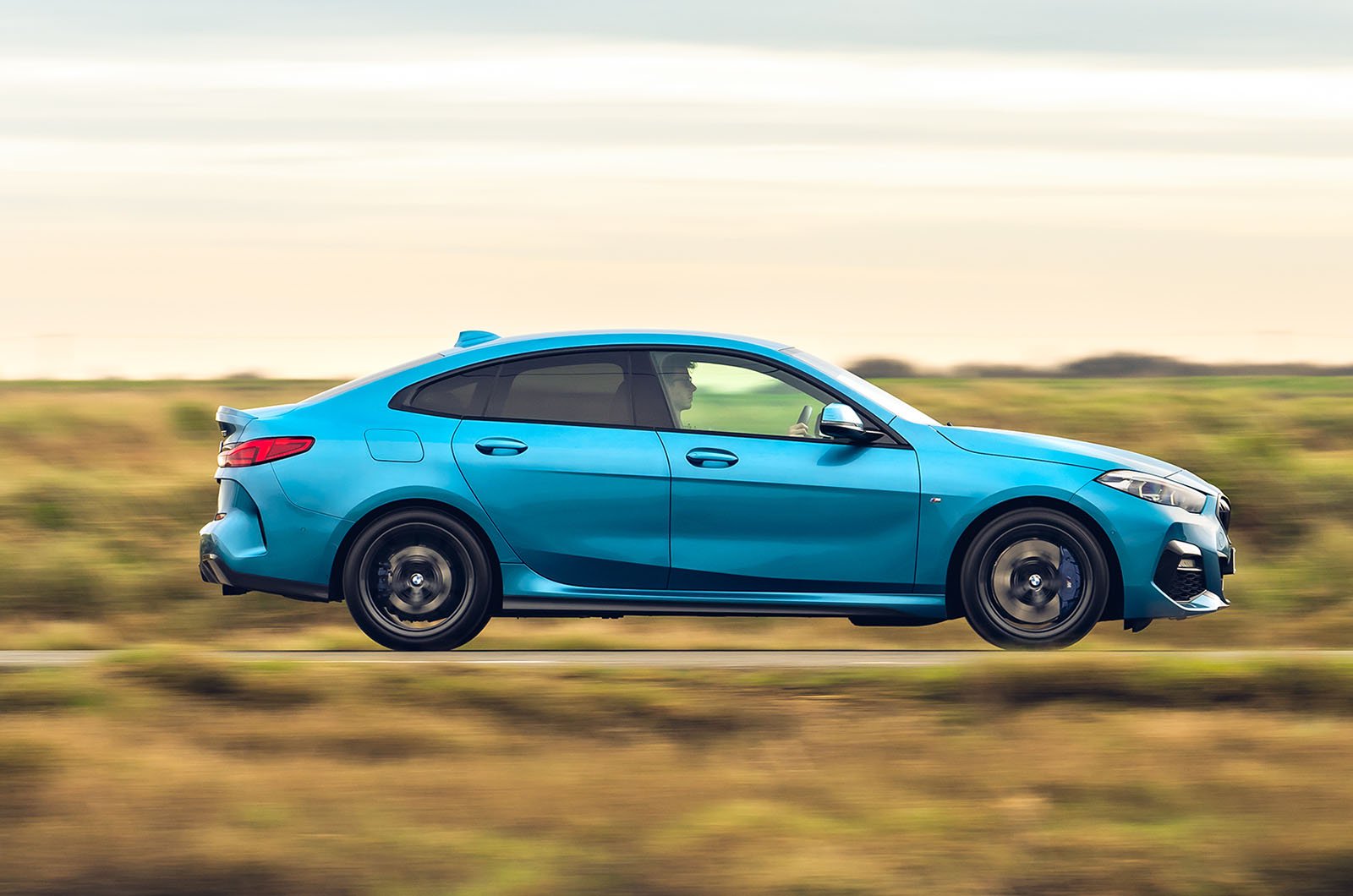 The 2 Series Gran Coupé is built on the same underpinnings as the 1 Series, so on the road there's barely any difference between the two. The 218i engine is featured in both, and the 138bhp it produces can get you from 0-62mph in a respectable 8.7sec.

Although that’s quicker than the equivalent Mercedes CLA 180’s time, the BMW suffers from a shortage of low-down pull, so it feels a bit sluggish unless you work the engine hard. That means you need a particularly heavy right foot to exit a busy junction with fast-flowing traffic. Once up to speed, it cruises along happily enough, and at least acceleration is smooth and linear when the gearbox wakes up. 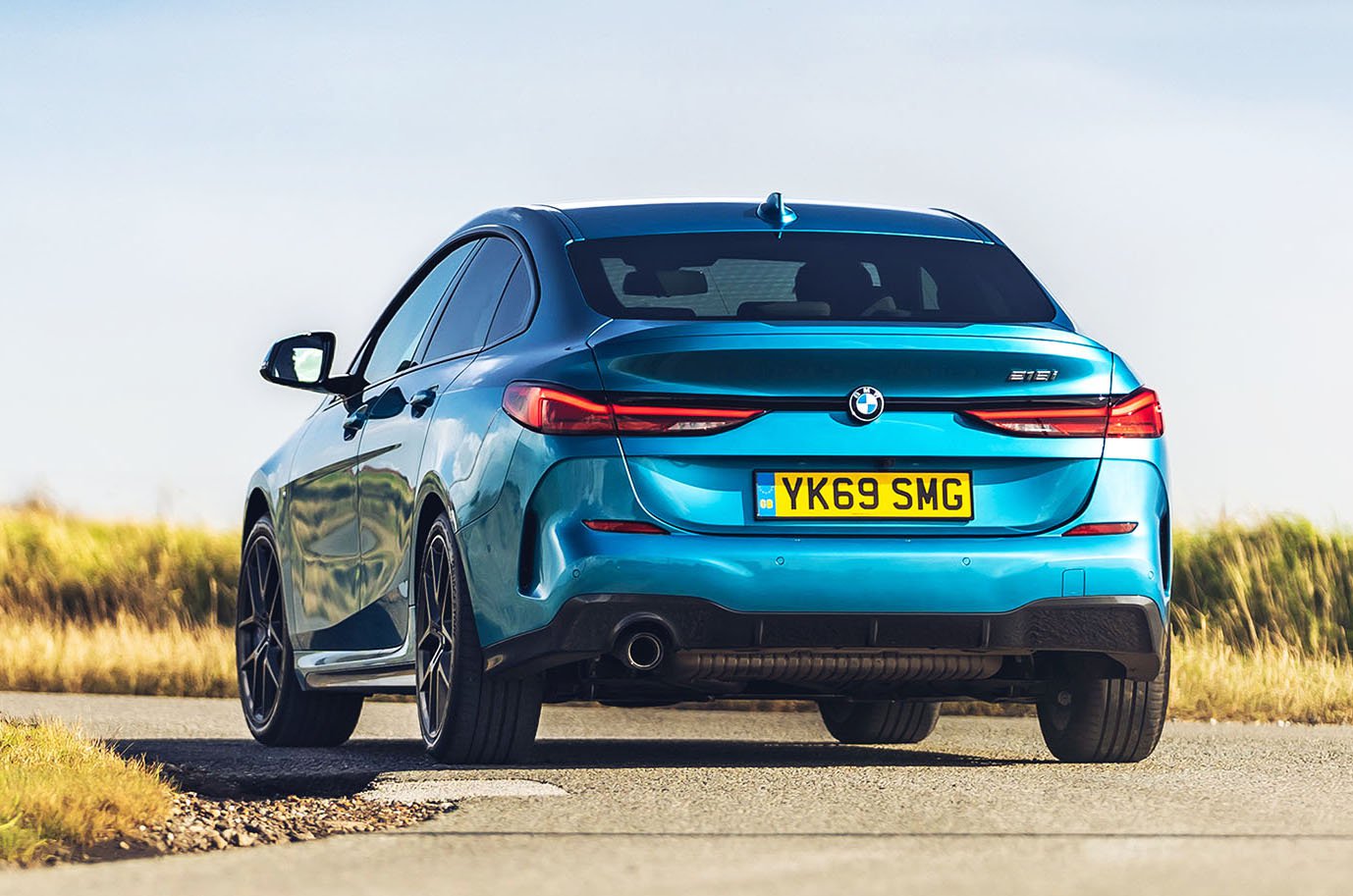 There's no doubt the optional seven-speed automatic gearbox fitted to our test car doesn't help when you need some immediate acceleration. When in its regular setting, it’s hesitant when you pull away and doesn’t change down as quickly as you need on the move; it can take a few moments for it to find the right gear when you're squeezing the accelerator pedal hard.

You can slot the gear selector into sport mode, which sharpens up its responses without making it overly jerky. There are no steering wheel-mounted paddles with the 218i, though, so if you want to take control of the gearshifts yourself, you’ll have to awkwardly shift up and down with the gear selector itself.

In M Sport trim, with its lowered sports suspension, the handling is as good as in the 1 Series, with tight body control over challenging dips and lumps, little body lean and real sense of agility in corners. It's fun to guide through twists and turns, thanks to precise steering with confidence-inspiring weight and a good sense of connection to the front tyres. 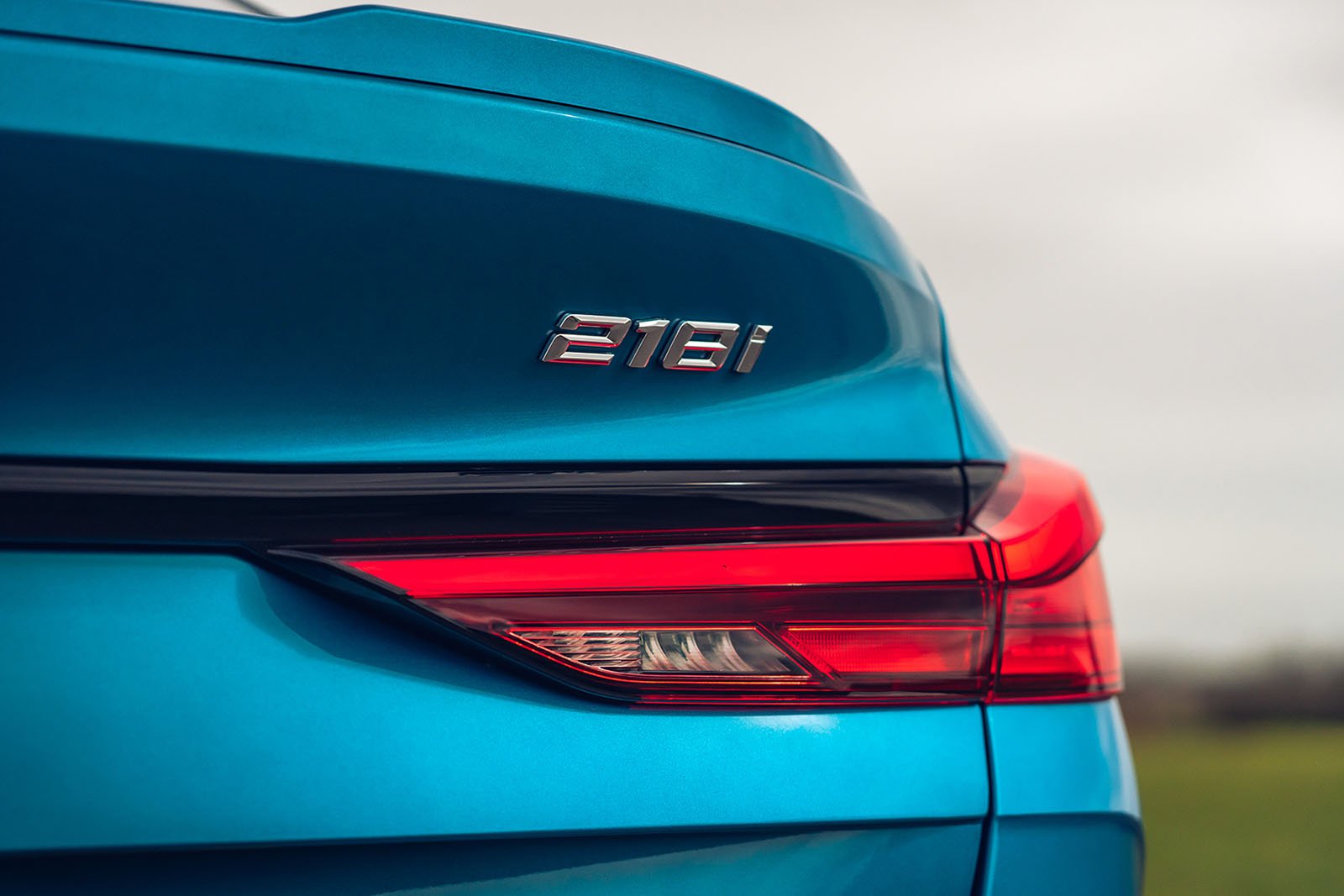 The M Sport suspension results in a firm ride that has you feeling potholes and broken surfaces around down. However, while a Mercedes CLA can crash uncomfortably through particularly vicious potholes, the Gran Coupé will take the edge off, reducing it to a bearable thud.

That three-cylinder engine sends a few vibrations through the steering wheel and sounds a little whiney under harder acceleration – which you’ll need plenty of – although it does quieten down at a cruise. That highlight the fact that there's quite a bit of wind noise, although tyre roar is even more noticeable on the whole. 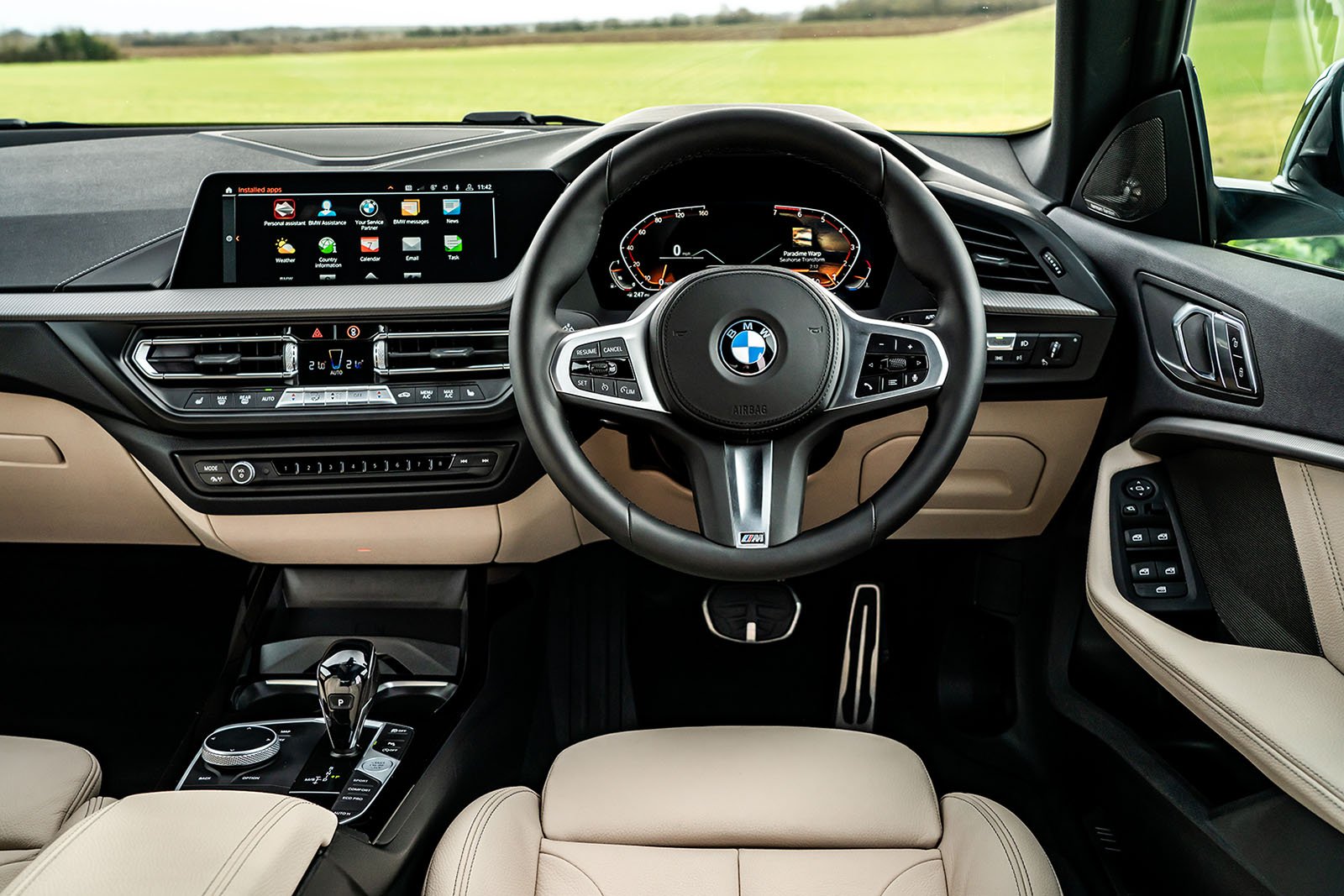 The interior is a carbon copy of the regular 1 Series', which is a real boon, because it's top-notch. All the buttons and controls are within easy reach from the driver’s seat and feel pleasing to operate, there's plenty of soft-touch plastic and everything feels well put together. It hasn’t got quite the same level of drama as a CLA's interior, but that feels far flimsier.

BMW’s iDrive infotainment system is class-leading, too. The 8.8in touchscreen, upgraded to 10.25in on M Sport models like our test car, is paired with a rotary controller between the front seats that's less distracting to use on the move than a touchscreen. The graphics are crisp and the menus easy to navigate, while the digital instrument panel (standard on M Sport) shows information such as sat-nav instructions or radio stations behind the steering wheel, so you don’t have to take your eyes too far from the road to see what's going on. Apple CarPlay smartphone mirroring is now featured as standard without the need for a subscription, and Android Auto will be included from the summer onwards. 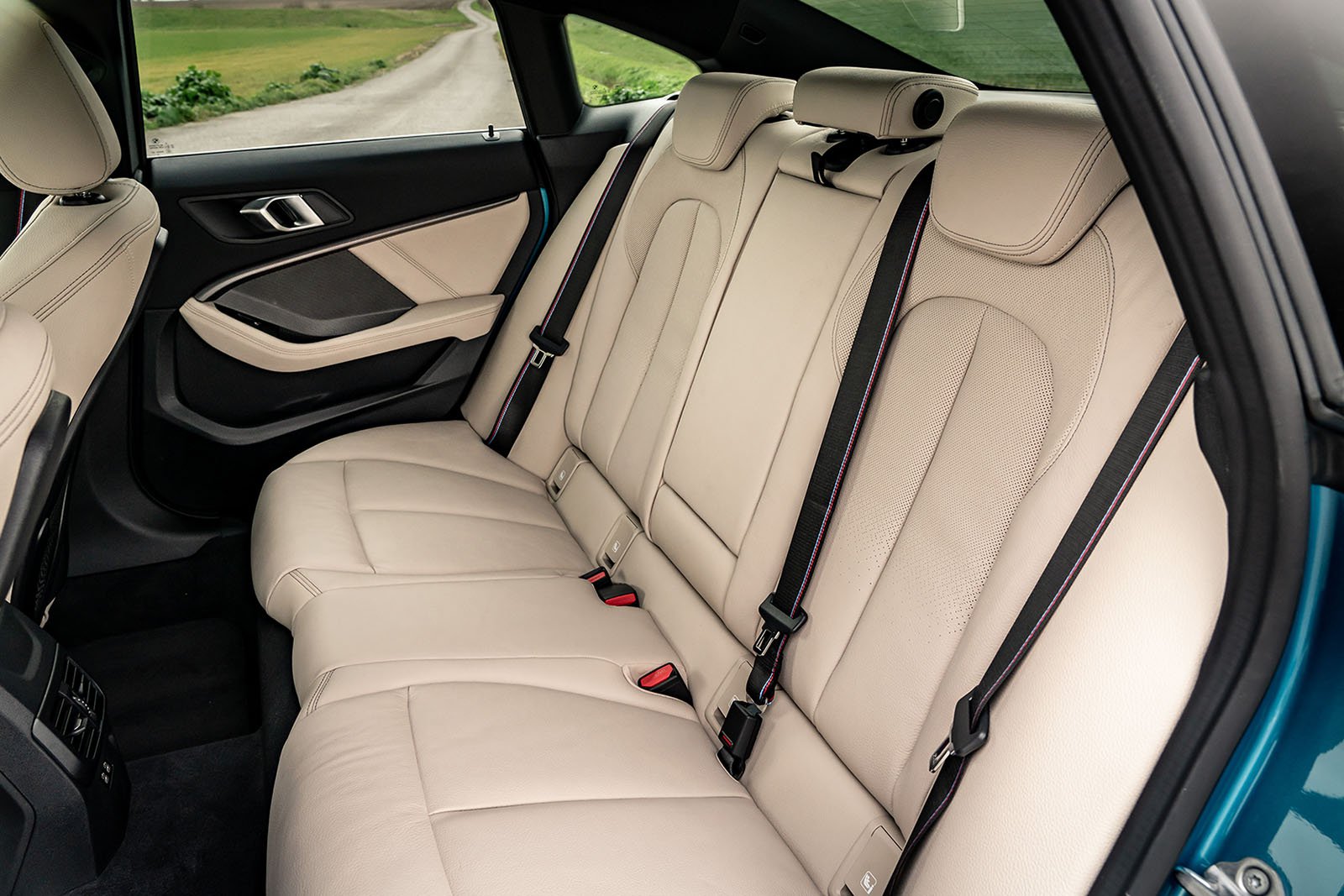 The one area that has changed between the 1 Series and the 2 Series Gran Coupé is rear seat space. As with other hatchbacks turned four-door coupés, rear head room is heavily compromised, and even those nearing six feet tall will find their head close to the roof. At least the boot is officially bigger than in the 1 Series, although it’s still smaller than the CLA’s.

For more information about the rest of the range, read our main BMW 2 Series Gran Coupé review.