5 reasons to buy a Mercedes C-Class

If similar junior executive offerings from BMW and Audi don't whet your appetite, then the C-Class from Mercedes-Benz is definitely worth looking at...

Cars in the junior executive market in 2016 have an especially difficult task, primarily because they exist in the same market as our 2016 Car of the Year, the stunning Audi A4. Still, if the A4 leaves you uncharmed and the BMW 3 Series doesn't float your boat, then it's worth looking at a third premium German offering - the Mercedes C-Class.

The C-Class has garnered a reputation as a comfortable cruiser, with a high-quality interior, plenty of standard equipment and a wide range of engines - most of which are economical.

Here are five reasons to consider the Mercedes C-Class as your next car.

5 reasons to buy a Mercedes C-Class

The life-saving safety technology known as Autonomous Emergency Braking is fitted to every C-Class, and you get seven airbags and a driver attention monitor too. Unsurprisingly, the C-Class gets a five-star rating from Euro NCAP.

The interior of the C-Class is a very nice place to be. There's plenty of space to get comfortable in the front, and the Comand infotainment system works well. The majority of materials used inside are of a high quality, too. 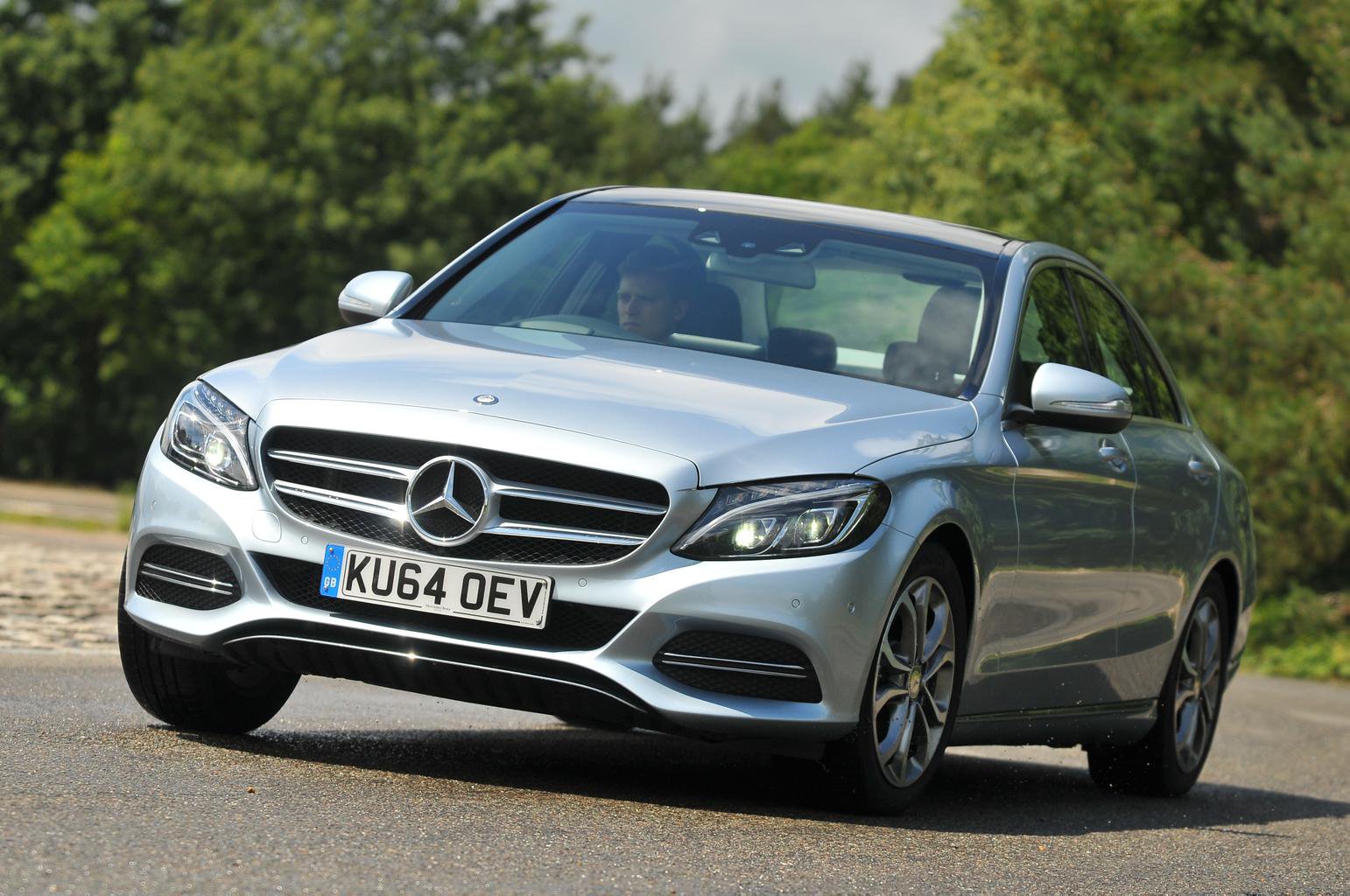 If low CO2 emissions - and therefore a lower tax bill - are at the top of your agenda, then consider the C350e. This petrol-electric hybrid can cover 19 miles on electric power alone, and claims to return an eye-popping 134.5mpg.

At 480 litres, the C-Class's boot is on a par with that of the BMW 3 Series, and there's enough space for the weekly shop or for a large set of golf clubs inside. Folding rear seats help to extend that even farther, and the space they create is flat.

Mercedes-Benz as a whole doesn't have a shining reputation when it comes to reliability, so make sure your car is well maintained. The C-Class's ageing diesel engine line-up sounds gruff by comparison to the best cars in this class, too, and there's plenty of accompanying road noise. 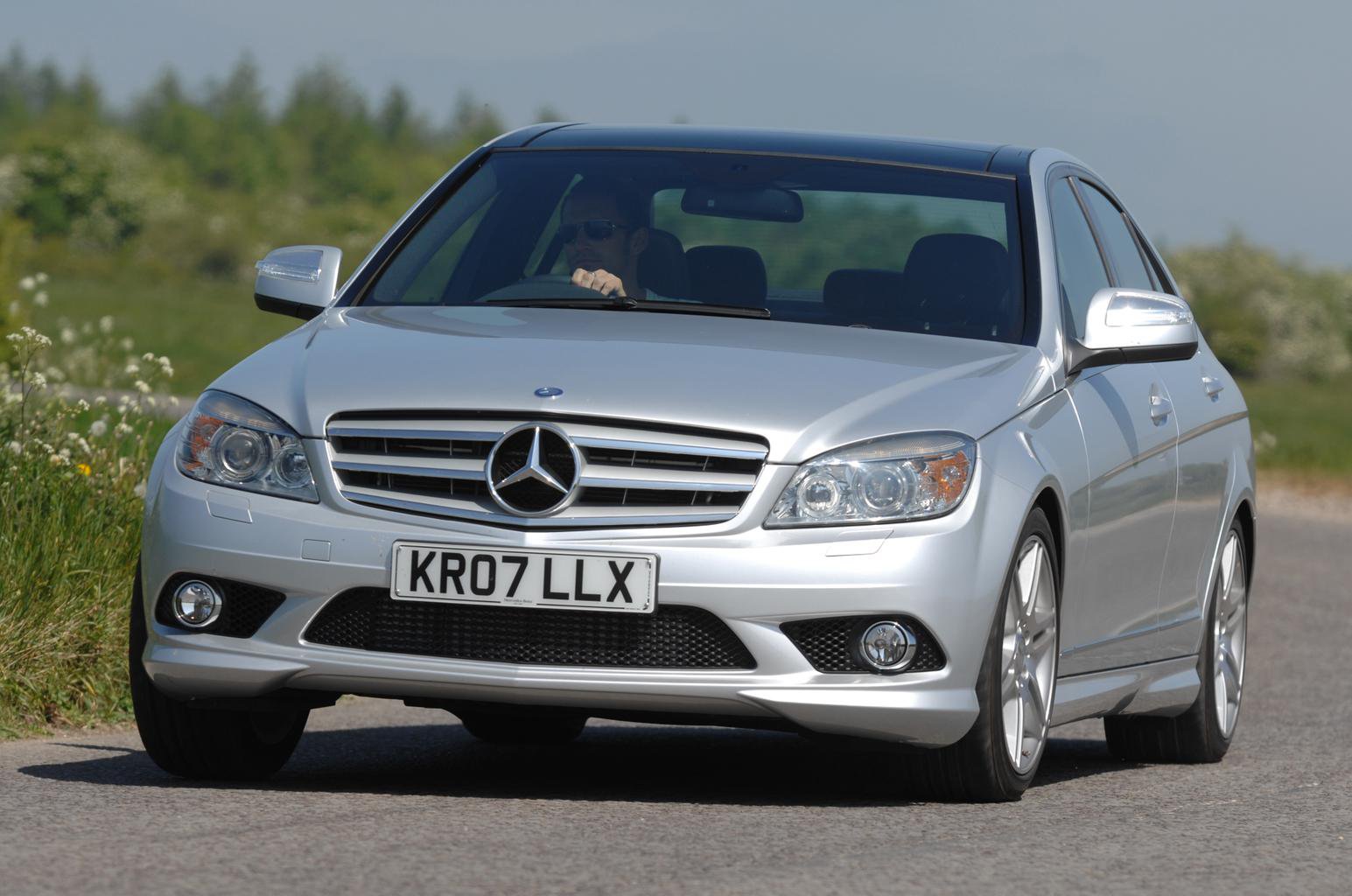 Just as when buying new, if you want a used premium executive car your choices are largely limited to cars from BMW, Audi and Mercedes-Benz. The previous C-Class, which entered the market in 2007 and remained in production until 2014, is more than a match for both the 3 Series and the A4. It's supremely comfortable, and there's a big boot on offer for luggage.

A facelift for the car in 2011 improved a number of features, but also upgraded the dashboard inside. If you want a more modern take on the C-Class, then it's worth watching out for. Pre-facelift cars can be bought for around £5000, but post-facelift versions will run up to around £10,000, depending on the engine and specification. The last cars from 2014 still command price tags or more than £20,000, and more for the performance-oriented AMG versions.

There's plenty of choice in the C-Class range, and there really is a model for everyone. For our money, we'd go for the 2.1-litre C220 CDI diesel model - it's a great all-rounder which, in post-2012 facelift form, can return more than 60mpg. You'll want to save money at the pumps, too, because the C-Class can suffer from a few problems including rust - most commonly around the edge of the boot lid - faulty door mirrors and leather seats that burst their seams.

Click here to find out more about the Mercedes C-Class, or click here to see the used cars for sale through What Car? Classifieds.

Want to lease a Mercedes C-Class? Click here to use What Car? Leasing