The new BMW M5 has more power, a new gearbox and four-wheel drive, plus it's based on What Car?'s reigning Car of the Year. We've tried a prototype to see if it's as good as it sounds...

With 592bhp available, you won't be surprised to hear that the new BMW M5 feels hugely fast. But it's not just down to the power; despite the inclusion of four-wheel drive and an eight-speed automatic gearbox where there used to be only one driven axle and a seven-speed twin-clutch 'box , the new-generation car is lighter than its predecessor. 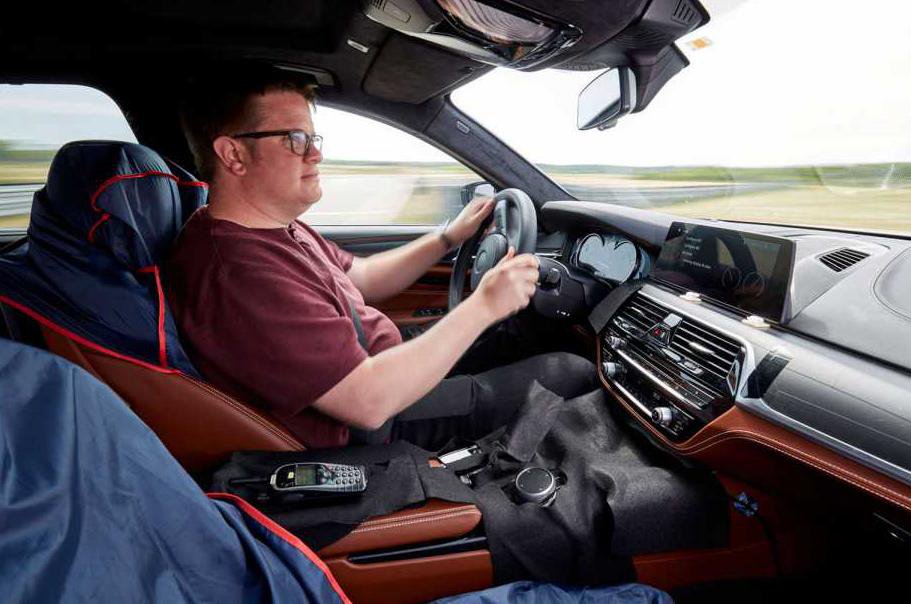 We weren’t given the chance to try the car’s launch control system, which is designed to deliver the quickest of getaways, but when starting normally it gets going a shade more gently than the Mercedes-AMG E 63 S and Audi RS7, before pulling every bit as hard as these rivals with a few revs on the clock.

The M5's new four-wheel drive system sends torque rearwards first and then to the front axle as required, but the car also gives you some manual control over how you’d like the driveline to work – having ‘4WD’, ‘4WD Sport’ and ‘2WD’ modes once you turn off the electronic stability control.

Even if you leave the electronic drive aids on and simply let the car decide how much power to send where, the M5 has much more poised cornering manners than you’d expect of a traditional four-wheel-driver; it turns into bends flat and keen and holds true to your intended line as you accelerate.

In ‘4WD Sport’ and ‘2WD’ modes, handling becomes even more playful and engaging in classic BMW M car mode – though on a low-grip surface we actually preferred the car’s ‘4WD Sport’ setting, which allows for plenty of rear-driven handling fun but mixes in greater traction and only blends in the stability of four-wheel drive when you really need it.

The car’s suspension has BMW M’s familiar ‘Comfort’, ‘Sport’ and ‘Sport+’ settings, and while it was difficult to get a sense for what the overall ride comfort level will be like on the road, ‘Comfort’ seemed to delvier a more settled feel than some super saloon rivals can managem while ‘Sport+’ made for taut body control and immediate handling responses, with the car only struggling slightly to keep the body from rocking on its springs during extreme changes of direction.

The car’s sports seats are widely adjustable and combine the need for comfort and support cleverly, although the contours of their upper squabs needed plenty of fiddling before they were set quite right.

BMW's M division has reconfigured the 5-Series’ head-up display to include a clearer rev counter, digital speedo and shift indicators, and it’s useful during high-speed driving because it allows you to keep your eyes on the road ahead at all times. 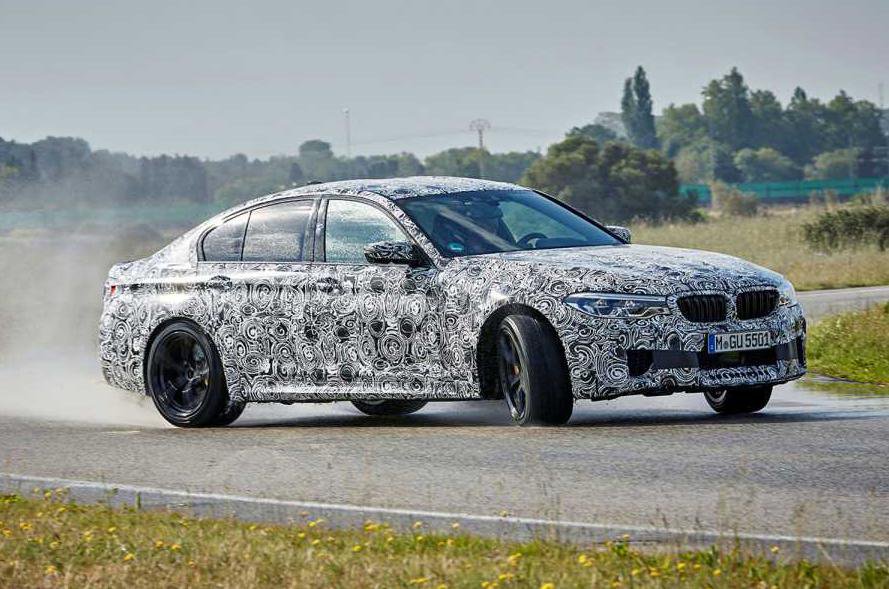 On the car’s steering wheel, its ‘M1’ and ‘M2’ buttons (personal presets that allow you jump immediately from one combination of suspension, engine, gearbox, 4WD system and stability control settings to another), which used to be buttons mixed in with others on either spoke, have become larger, thumb-operated toggle buttons cited above the wheel hub where they’re easier to find without looking.

The M5 gets a unique gear selector lever and a centre console crowded with the buttons necessary to control its various adaptive systems. Beyond that, the test prototypes had disguises over their doors and dashboard – so we’ll have to wait before pronouncing on the overall luxurious feel and perceived quality.

But being based on the What Car? Car of the Year winning BMW 5-Series, the M5 provides lots of occupant space in both rows of seats and has a large boot. BMW won’t be drawn on whether an estate version based on the new 5 Series Touring will be produced.