Full details on the new fully electric version of Volkswagen's mid-sized Transporter van, which has an 82-mile range...

The Volkswagen eTransporter 6.1 will launch as the brand’s first all-electric van later this summer, with an official range of up to 82 miles.

Using a 50kW charger and optimum charging conditions, the eTransporter can be charged with 80% of its capacity in 45 minutes, broadening its appeal to city drivers with frequent stops where they can plug in. It can also be plugged into slower chargers for overnight or longer top-ups.

Most eTransporters are expected to be used as so-called last-mile delivery vans in cities, where an average of 50 miles driving per day is typical. 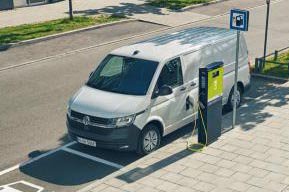 Power from the electric motor is rated at 108bhp and is sent to the front wheels, giving a 0-62mph time of 17.4sec.

The van is based on the standard Transporter 6.1 and has been developed by VW in conjunction with Abt, a firm better known for its success in tuning cars and motorsport.

With the 37.3kWh battery mounted under the load area, cargo space is rated at 6.7 cubic metres, with a payload of up to 1001kg allowable. 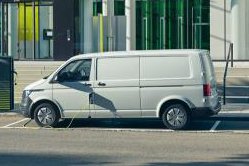 Other modifications from standard include uprated battery regeneration under braking and modified instrument clusters to show a power meter, battery capacity and charging status. Standard driving mode restricts power to 75% of capacity to preserve range, but a kickdown function allows the driver to access full power.

The eTransporter is expected to be available in the second half of this year, with buyers able to chose from two trim levels and and two seating layouts. 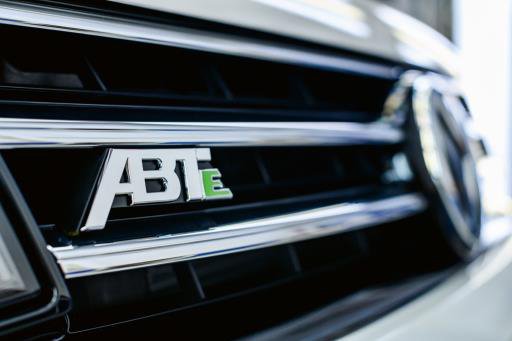 Government grants of up to £3000 are available for electric van buyers, with rivals of varying sizes and capabilities including the Mercedes e-Sprinter, Nissan e-NV200 and Vauxhall Vivaro-e.

Volkswagen has also said that a version with a larger, 74.6kWh battery, increasing range to more than 150 miles, could be offered in future if there is sufficient demand from customers.

Read more: all the latest van news and review >>