* Procuction decision early next year * Car could be made by end of 2013 * UK factory would build hot Juke... 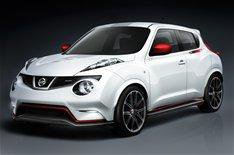 The Nismo Juke concept car was launched at the Tokyo motor show last week, and Nissan said that a production version will be built if public reaction to the concept car is positive.

Nismo President Shoichi Miyatani said he hoped that a decision whether or not to make the car would be taken early next year and a production car could be made within a year.

The Juke Nismo would be made on the same production line as the standard Juke at Nissan UK's factory in Sunderland with selected parts, such as the powertrain and suspension shipped from Nismo's HQ in Japan.