What's the first-ever electric winner of our Car of the Year title, the Kia e-Niro, like to live with? We find out...

Why it’s here To find out just how good the first fully electric What Car? Car of the Year really is

Needs to Do everything a conventional SUV can do, without compromises

What do you do to really find out how good your Car of the Year, the first electric winner of the accolade, is? Well, a family trip across 800 miles in seven days, four up, luggage to the roofline and into the relative wilds of West Wales, seemed as good a challenge as any, as much as a test of the UK’s charging infrastructure as the Kia e-Niro itself.

First up, a detour though, via the ever-brilliant Woburn Safari Park. I know the arguments are far more complex than just a focus on tailpipe emissions, but it felt good to be among the animals without pumping pollution at them, and better still, to be able to get up close with some of the park’s residents without startling them. The only downside? Just like humans, rhinos showed a propensity for walking in front of us, seemingly oblivious to the car as a result of not hearing it coming. Onwards, to Wales, a 250-mile trip that, with the car charged, should have been just possible with a little in reserve even at decent motorway pace. However, I didn’t want to arrive with just 20 miles of range in hand, especially as I didn’t know where the nearest charging points were and we only had three-pin charging where we were staying, so the plan was to stop on the motorway and top up.

Ultimately, the plan worked well, but not before some anxiety highlighted another of the Kia’s strengths, plus a few issues around the charging infrastructure. At the first stop, we were third in line for a charge, meaning a likely two-hour stop before we could get going again. The joy is that the e-Niro’s near-300-mile capability meant that – unlike the waiting Nissan Leaf and Renault Zoe owners – I could just drive on. Range doesn’t just get you from A to B; it also gives you freedom in how you do it.

At the next stop, the app to trigger the charger went into meltdown, which was a huge frustration and sadly in keeping with the terrible reputation the Ecotricity network – which has a near-monopoly on motorway charging – has for functionality. After some panic, we did get going, and in 45 minutes we took on both 150 miles of range and a hearty picnic. Lesson learned: better in future to find one of the numerous chargers from other networks located just off the motorways. 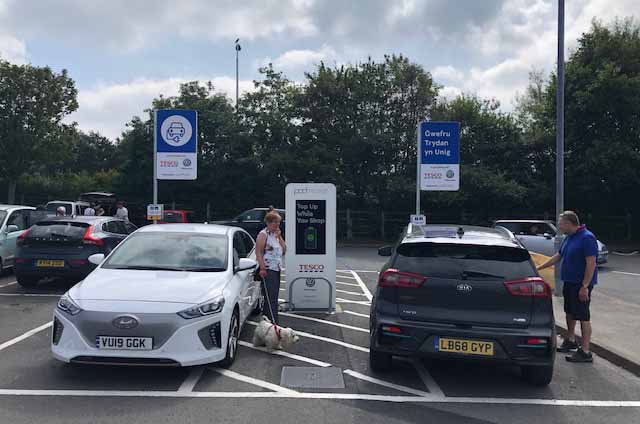 As far as charging is concerned, that was pretty much the end of our troubles for the week. There are great apps available for locating available chargers, and there’s no question that as faster chargers become available, using an electric car gets simpler.

Other electric cars have similar ranges, of course, although none yet offers as much range for such a low price. Despite this, it’s worth noting the e-Niro is also relatively loaded with kit, to the extent that optional extras are pretty much restricted to metallic paint. You name it and the e-Niro has it, while highlights such as leather seats and a heated steering wheel ensured that whatever the weather, we were always comfortable.

The e-Niro also proved that it is – just – big enough for a week away for the family. There were compromises, such as bags under the feet of the kids in the back, but they were relatively minor. It’s also fair to say we are heavy packers, with space-swallowing non-essentials such as bodyboards and the like all making their way in. 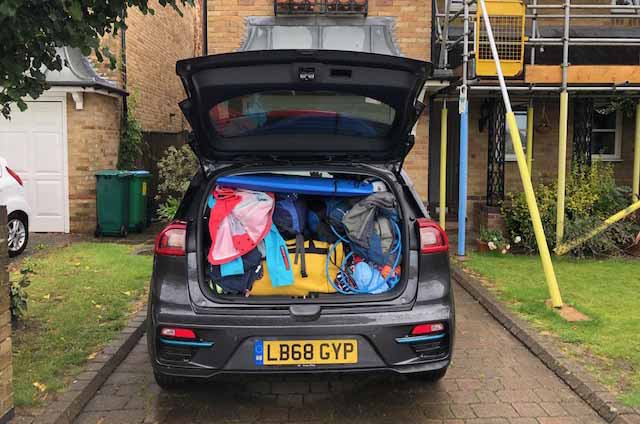 Whether it was a long motorway run or twisty, hilly single-track lane, there were no complaints about comfort, either, even at the end of two 250-mile days, with more than five hours in the car each time. Startling acceleration from a standstill aside, a trait common to all electric cars, the e-Niro is fairly benign to drive in every situation, riding broken surfaces well and cornering reasonably flatly. While it won't make your pulse quicken, it’s vice-free, which is most likely good enough for most buyers.

By the time we got back home, the conclusion was clear: the e-Niro earned its COTY award not just for being a great electric car, but for being a great car full stop. The need to charge cost us maybe two hours of our holiday, with the upsides of the relaxing, silent travel and low-cost power more than making up for it. Of course, there are people who still need more before they make the switch, but I’d say this is a car that could fit in and enhance lives for the majority of motorists. 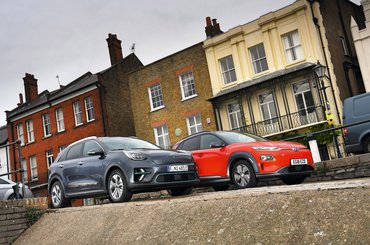 Two months ago, we named Hyundai’s Kona Electric as the best car of its kind. But has fellow Korean brand Kia made better use of the very same battery and motor with its e-Niro?