The new Velar is Land Rover's latest luxury SUV, but how does it stack up against the larger Range Rover Sport?... 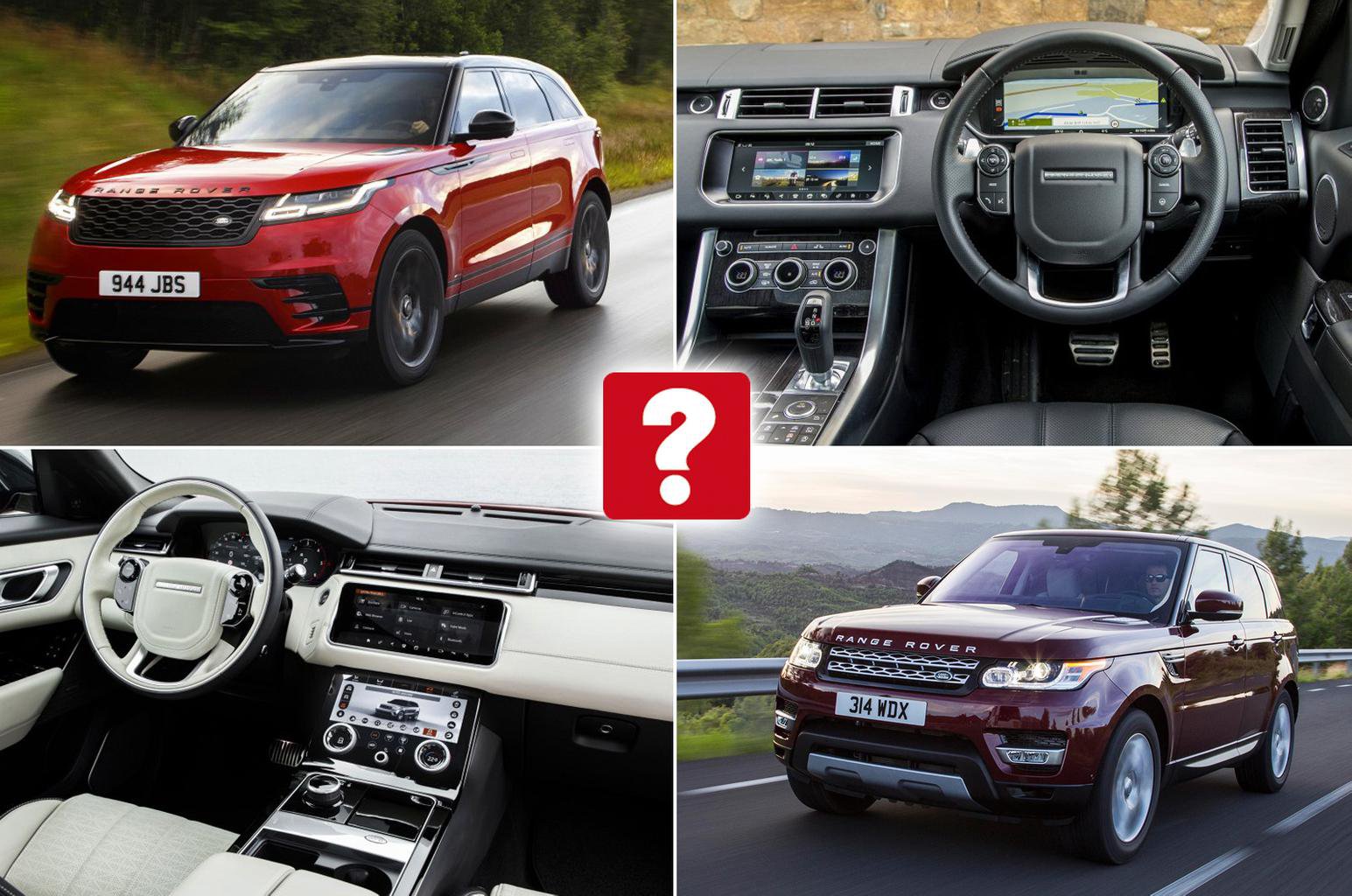 The Range Rover brand is synonymous with luxury SUVs and, whether you're looking at the full-fat Range Rover, the smaller and nippier Range Rover Sport or the entry-level Evoque, each has its own appeal. The new Range Rover Velar, though, is a different proposition.

It's targeted towards buyers who want a more stylish SUV and bridges the gap between the Evoque and Sport models – a gap worth around £30,000. It's also the most road-biased Range Rover ever and goes up against competition including the BMW X4 and Porsche Macan.

Is the Velar now the de facto Range Rover, though? Or is the more expensive Sport still the more capable all-rounder? Here, we've compared the models side by side.

The Velar offers a more rakish look than the more traditional Sport, with its swept-back rear styling and sloping roofline. There's still a family resemblance between the two models – both sport blacked-out window pillars, a U-shaped front grille and wrap-around headlights – but it's also clear which is the more modern take on the SUV formula.

Despite effectively being an SUV-coupé, though, the Velar's roofline doesn't plunge as steeply as a BMW X4 or Mercedes-Benz GLE Coupé. The Sport, by comparison, is a much more traditional fare, although its roofline also gently slopes towards the rear. It's far more upright than the Velar, though, presenting a boxier shape.

You'll have more engine options to choose from in the Velar than you do in the Sport, and the range kicks off with two 2.0-litre diesels with 178bhp and 237bhp. The mid-range option, and our preferred choice, is the 3.0-litre V6 diesel with 296bhp, which we recommend both for its effortless performance and its refinement. Interestingly, it's an older version of this same engine that we recommend in the Sport, where it's called the SDV6.

Both cars offer more powerful options for buyers looking for pace as well as space – in the case of the Velar, the most powerful engine is a 3.0-litre supercharged V6 petrol; the Sport goes one better by offering a 5.0-litre supercharged V8 petrol, turning it into something of a luxury dragster. In fact, the speediest Range Rover Sport you can buy, the SVR model, feels blisteringly fast, although it only returns 22mpg on a good day.

There's no hybrid option in the Velar, but green-minded drivers can opt for an SDV6 Hybrid with the Sport. It's not a plug-in hybrid, though, so doesn't offer the ultra-low CO2 emissions of some rivals.

Next: Interior, equipment and infotainment >