With near-identical design fundamentals, it comes as little surprise that the two cars feel similar from behind the wheel. Both offer terrific driving positions, with driver’s seat height and lumbar adjustment as standard. The Karoq’s optional electrically adjustable seat (£950) doesn’t sink quite as low as the Ateca’s manually adjusted standard sports seat, but these points are small beer.

It’s also tough to split them in terms of build quality, because both feel robust. The Karoq’s more modern-looking dashboard includes extra soft-touch plastics around the centre console; the Ateca’s cloth-lined front door trims feel nicer than the Karoq’s hard plastic ones. But, all in all, the Karoq has the edge over the Ateca. 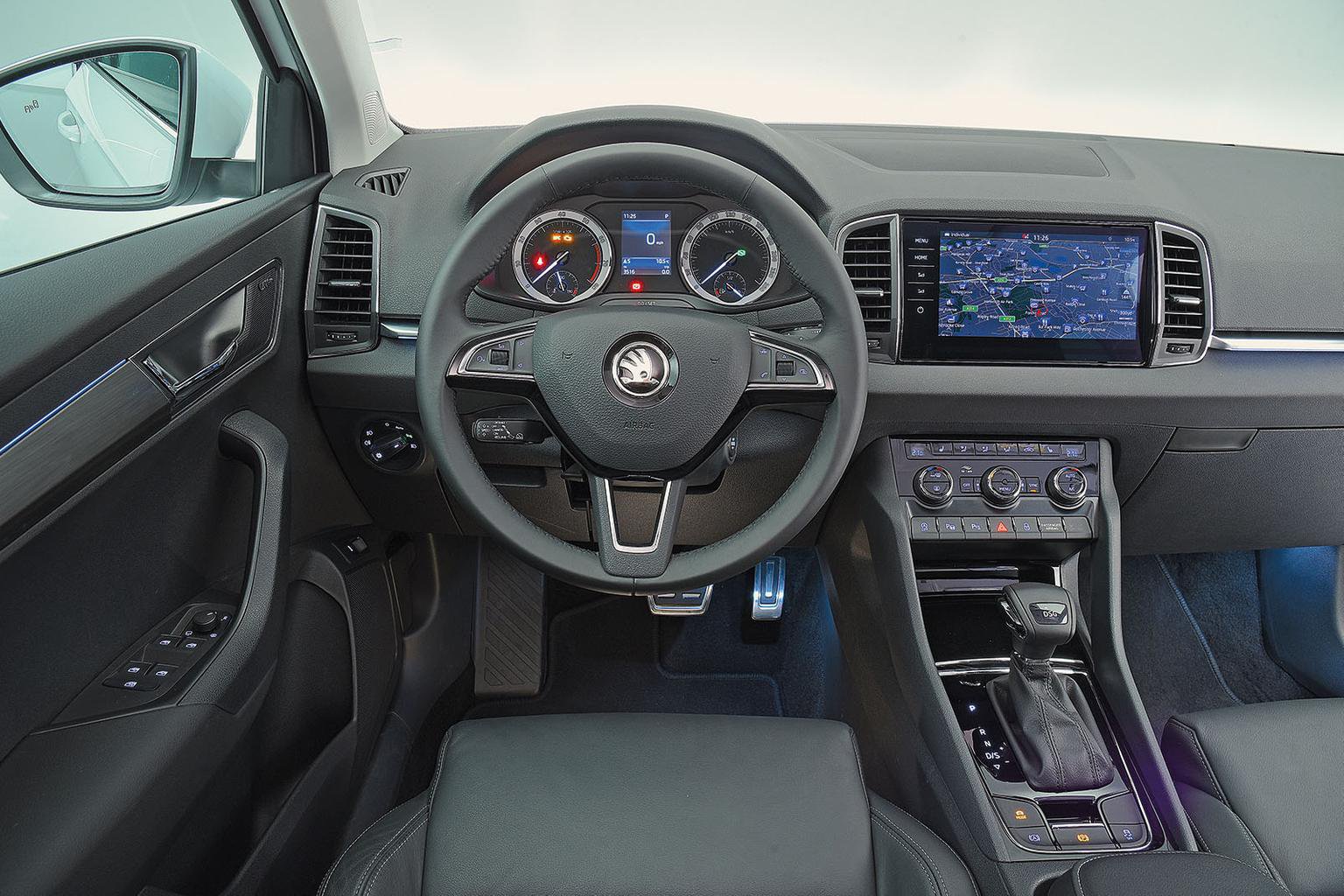 With their traditional lofty SUV driving positions, both cars are easy to see out of. Even where visibility isn’t quite so good around the rear quarters, reversing isn’t tricky, thanks to standard rear-view cameras and rear parking sensors. The Karoq has sensors at the front, too.