Both of these family SUVs come highly recommended and can be had for well under £30,000. But should you go for a new Skoda Karoq or a used Volvo XC40?...

Both cars have enough space up front for six-footers to sit comfortably, provided you avoid their optional panoramic glass roofs, although if you happen to be particularly lanky, it’s worth noting that the Karoq offers a bit more head room.

On the other hand, Volvo has been quite clever in the way it has managed to liberate storage space in the XC40. Moving some of the sound system’s speakers from the doors to underneath the dashboard has allowed it to make the door bins large enough to swallow just about anything you might want to throw into them. It has lots of handy cubbies dotted around the interior, too.

The Karoq isn’t quite as generous on the storage front, but there are still plenty of places in which to stash small items, and its front door pockets can each hold a 1.5-litre water bottle.

In the back, the Karoq offers excellent head room and enough leg room that six-footers won’t find their knees pressed up against the front seatbacks. The XC40 doesn’t have quite as much head room (although it’s still fine for most adults) but is even better when it comes to leg room, helped by the relatively thin front seats, which liberate more space for you to stretch out. 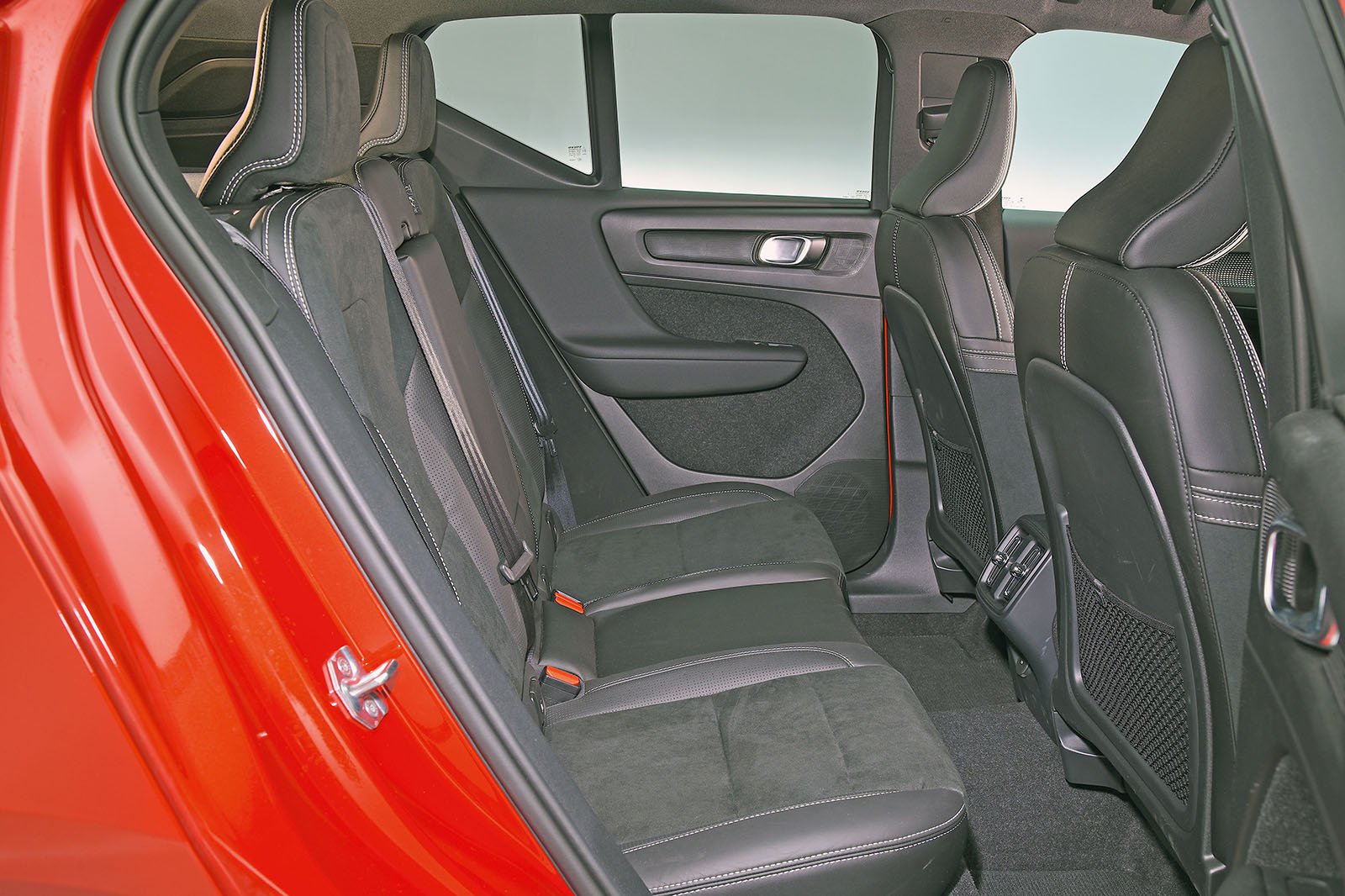 Sadly, the back seats are rather flat in the XC40, with less under-thigh support, and they aren’t as versatile as the Karoq’s, in that they don’t slide or recline. The Karoq’s ‘Varioflex’ rear seats not only do this individually but can also be removed completely to turn the car into a mini van. The 40/20/40 seatback split is more useful than the XC40’s 60/40 arrangement, too.

The Karoq rams home its practicality advantage by having a usefully larger boot. It can swallow an impressive nine carry-on suitcases – two more than the XC40 can handle. The only caveat is that you can’t specify a variable-height boot floor if you have the Varioflex seating, so there’s a lip at the entrance of the boot to heave luggage over.

The XC40, on the other hand, doesn’t have any load lip to negotiate, and it has a longer extended load bay when the rear seats are folded. 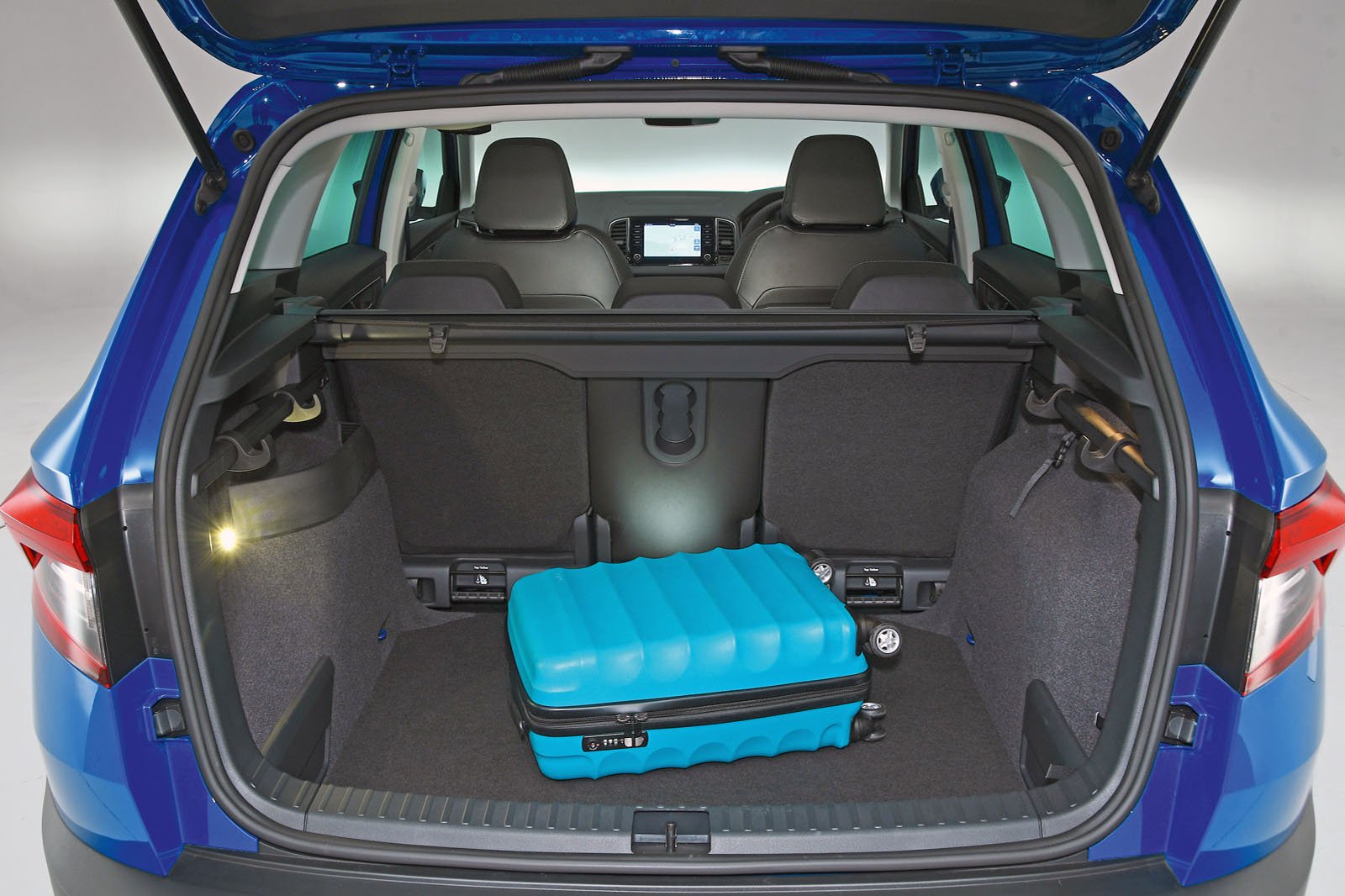 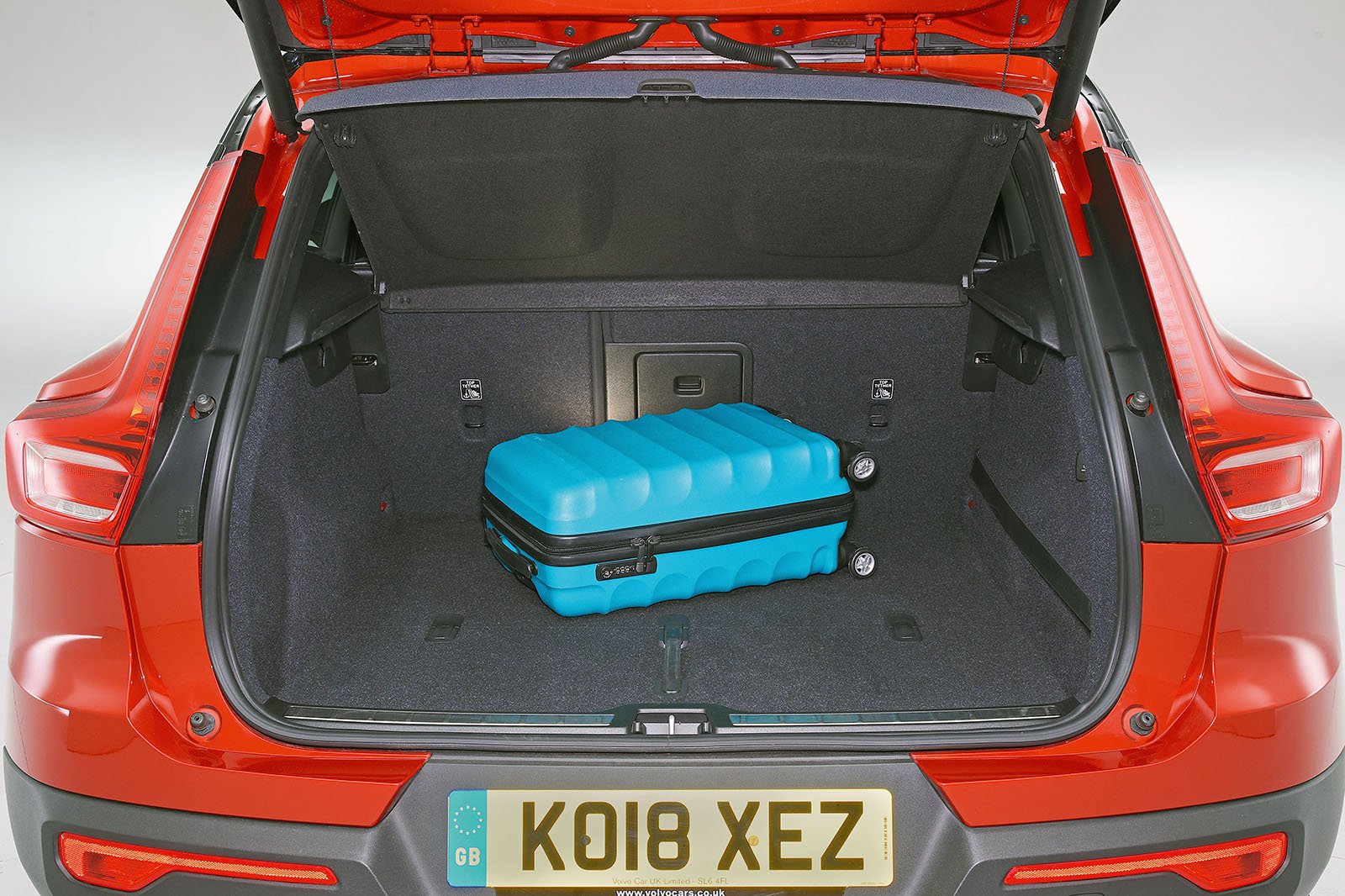