The Peugeot 3008 is a familiar name, but this latest version is all new, so we've added it to our long-term test fleet to see how well it compares with its many new SUV rivals...

Why it’s here: Peugeot has transformed its 3008 people carrier into a rugged SUV and given it the latest in-car information technology and safety equipment. Are these changes enough to make it a family favourite?

Needs to: Prove economical and comfortable enough on a 90-mile daily commute and be powerful enough to transport a family of five around on the weekends

The continuing popularity of SUVs, especially with family buyers, has pretty much led to a freefall in the sales of MPVs. So Peugeot’s decision to reinvent its medium people carrier as an SUV is quite understandable.

Its butch bodystyling pits the new 3008 against some hugely popular opposition, including the Audi Q2, Nissan Qashqai and Seat Ateca. But, in its favour, I think the 3008’s exaggeratedly bulbous bonnet and overly chunky sills and bumpers actually make it stand out from its new rivals, which are all rather samey if you line them up side by side. 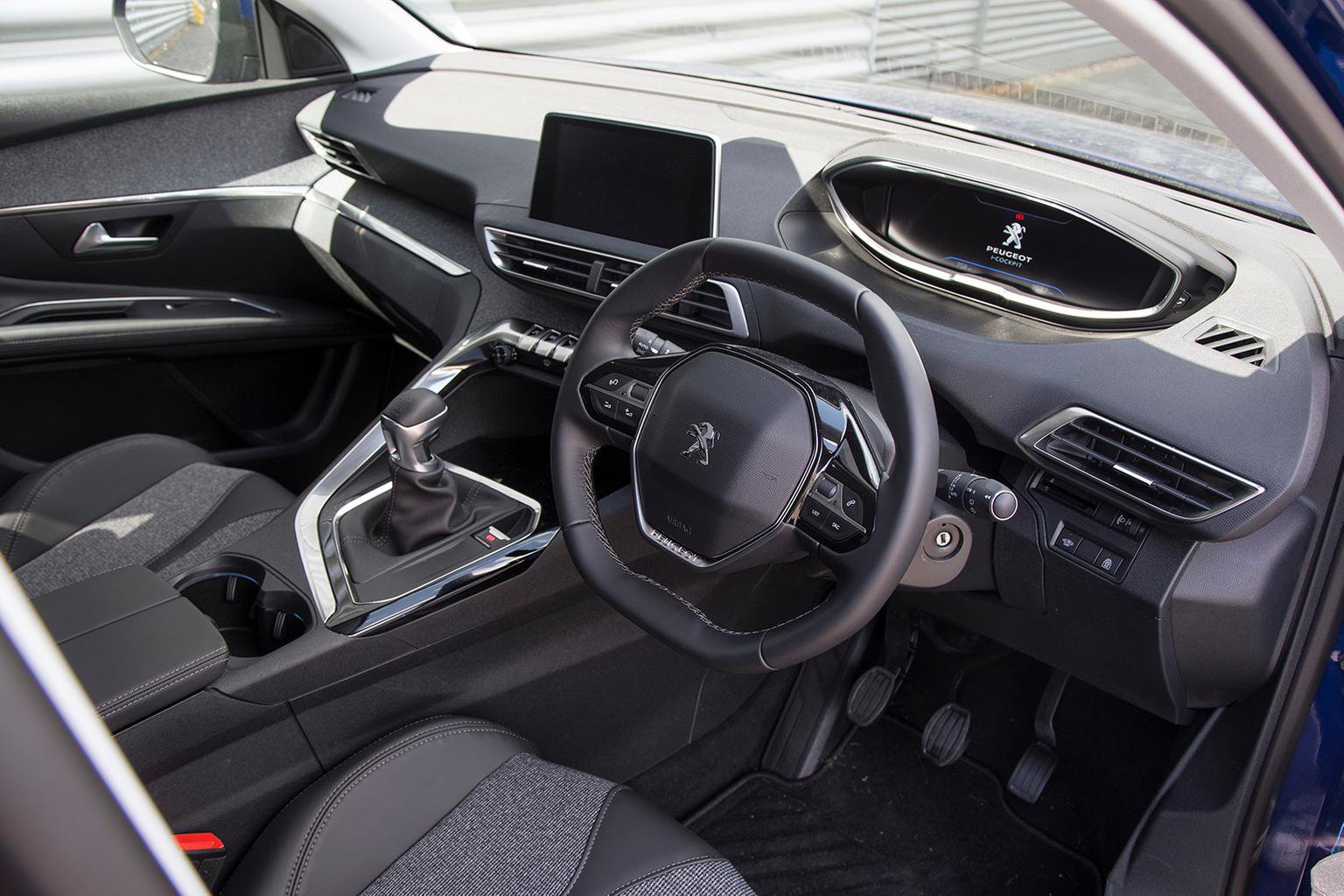 My 3008 is fitted with a 1.2-litre three-cylinder petrol engine, which on paper looks like a reasonable alternative to a diesel with an official fuel economy of 55.4mpg. In reality, I’ve managed to get around 50mpg on my daily commute, which is mostly motorway driving, and 33-35mpg around town.

The three-cylinder petrol engine doesn’t feel immediately responsive when you press the accelerator, but it pulls well once the power has kicked in. While it’s man enough to keep pace with just me onboard, add my partner and parents and it struggles to pull off if we stop on any of the steep hills in our locality. It also makes a real racket any time you ask it for a big burst of speed.

Initially, the manual gearbox felt stiff and didn’t always slide between gears smoothly, but it has improved with use. It’s not the sharpest gearchange I’ve experienced, but it is now acceptable.

I also had some fun working out how to make the best use of the i-Cockpit digital dash display, the clever piece of kit that earned the 3008 the What Car? Car of the Year Technology Award 2017. When I first got the car, its dashboard had been programmed with a very minimalistic display that only showed the car’s speed and a few other bits of info as small icons. After a quick read of the owner’s manual I found out that I could choose from a range of different displays simply by pressing a button on the steering wheel. It now shows all the usual information, plus the current speed limit and the status of the automatic headlights and active safety systems. 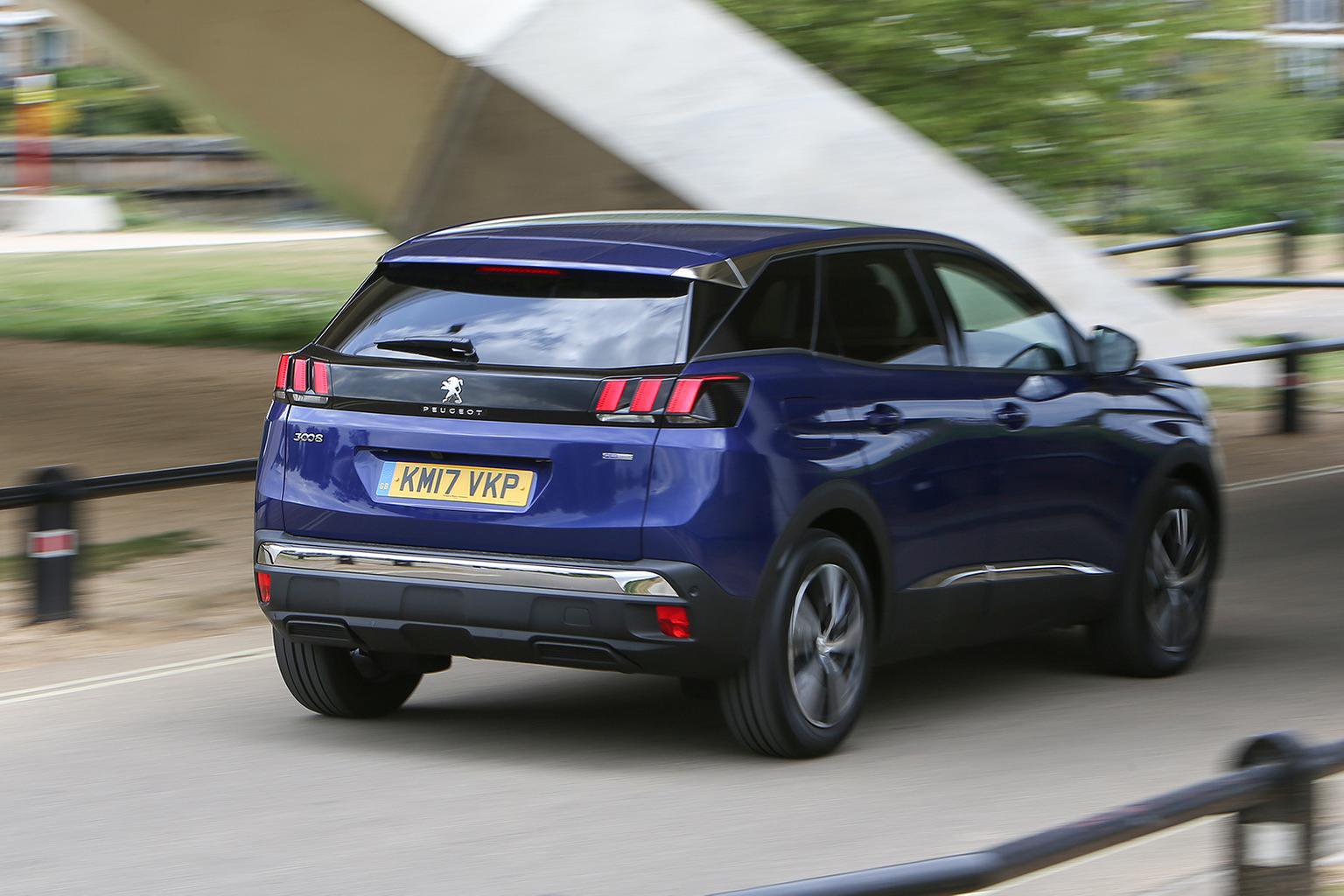 I’ve been pleasantly surprised by the suite of 1980s computer game pings and bleeps emitted by the system when it wants to warn me I’ve left the keys in the ignition or left a door ajar. The visual displays are entertaining too, from the glowing red alert if I get too close to another moving vehicle to the swirling blue circular flourish that lets me know it’s automatically disengaged the electronic parking brake for me.

Also impressive and helpful is the reversing camera that displays an overhead view of the car onto the infotainment screen while you’re reversing into a space.

And unlike some new cars I’ve driven recently, the 3008’s automatic headlights are mainly able to switch themselves on and off at appropriate times and aren’t too confused by the twisty and steep roads near my home that only have the odd lamp post dotted here and there.

There’s only one small electrical foible to report so far: the tyre pressure warning light pinged up on the dashboard as I reached work after my very first commute. I checked the tyre pressures, which were correct, and reset it. This has happened on quite a few new cars I’ve driven in the past 18 months, so I’m assuming the sensors on the 3008 are just overly sensitive.