More for you |
What can I do about a security issue on my car? Top 10 most reliable used family SUVsVIDEO: Peugeot 3008 Hybrid review2020 Peugeot 2008 SUV revealed: price, specs and release dateBest car brands for reliability (and the ones to avoid)
Home
Feature
Peugeot 3008 long-term test review
feature

The Peugeot 3008 is a familiar name, but this latest version has a new look, so we've added it to our long-term test fleet to see how well it compares with its many SUV rivals... 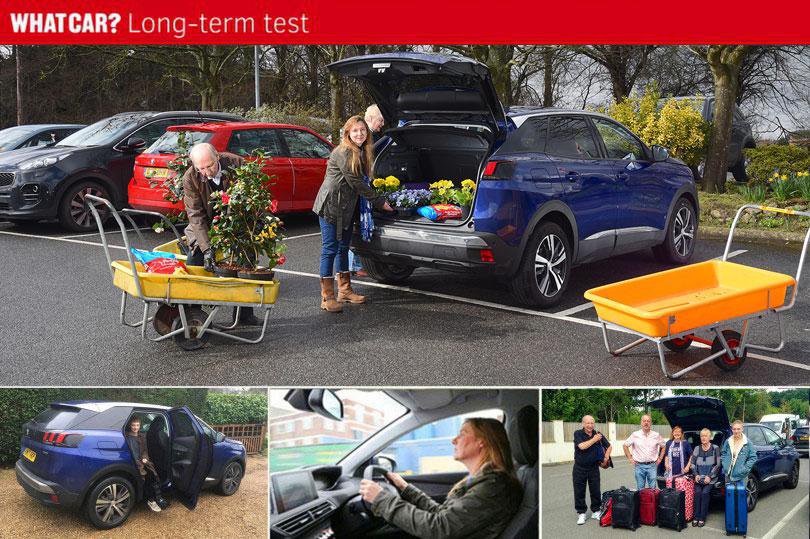 Why it’s here Peugeot has transformed its 3008 people-carrier into a rugged SUV and given it the latest in-car information and safety equipment. Are these changes enough to make it a family favourite?

When I took delivery of the Peugeot 3008 a year ago the model had only recently gone on sale and was a rarity on the road, so my striking blue Allure version turned heads wherever it went. Its oversized, chiseled front end, nipped in waist and Range Rover-esque rear end ensured it stood out in any car park – even one used by a car magazine.

That’s all changed now, though, because the 3008 has proved popular extremely popular with British car buyers - more than 26,000 have been sold since it went on sale in January 2017. 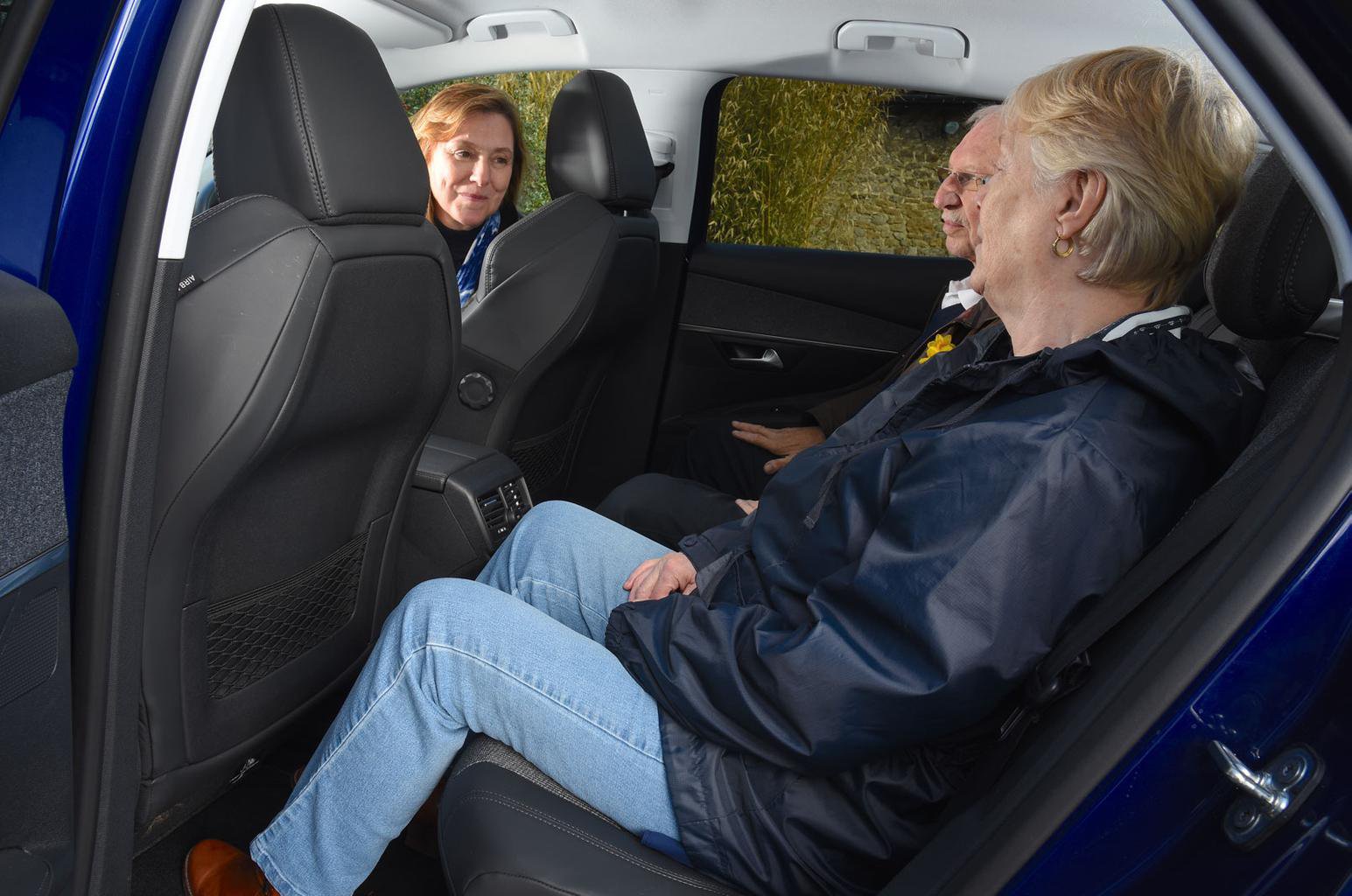 Aside from its stand-out body styling, there are other reasons for the 3008’s popularity, and one that was cited by What Car? in our 2017 awards was that it was the first to provide drivers a large digital dashboard as standard. A range of information from speed, engine revs, speed limits and sat nav directions can be put on the 12-inch screen, making them easy to see without taking your eyes too far off the road.

The 3008’s interior isn’t the classiest you can get, but it is distinctive with coloured fabric inserts on the dash and door panels and fake leather strips across the seats. It’s also proved eminently comfortable even on long haul trips.

The longest journey in the 3008 was a mammoth 450-mile round trip to Crewe and Manchester. Thanks to the supportive seats and hushed interior of the 3008 at motorway speeds the drive was long but not too arduous.

I was grateful for the standard manually adjustable lumbar support and the satnav’s find a fuel station feature, which I used to locate the nearest petrol stations in unfamiliar parts of the country. It was also great to have so many useful storage compartments to stash our phones and other provisions during the long-haul drive. 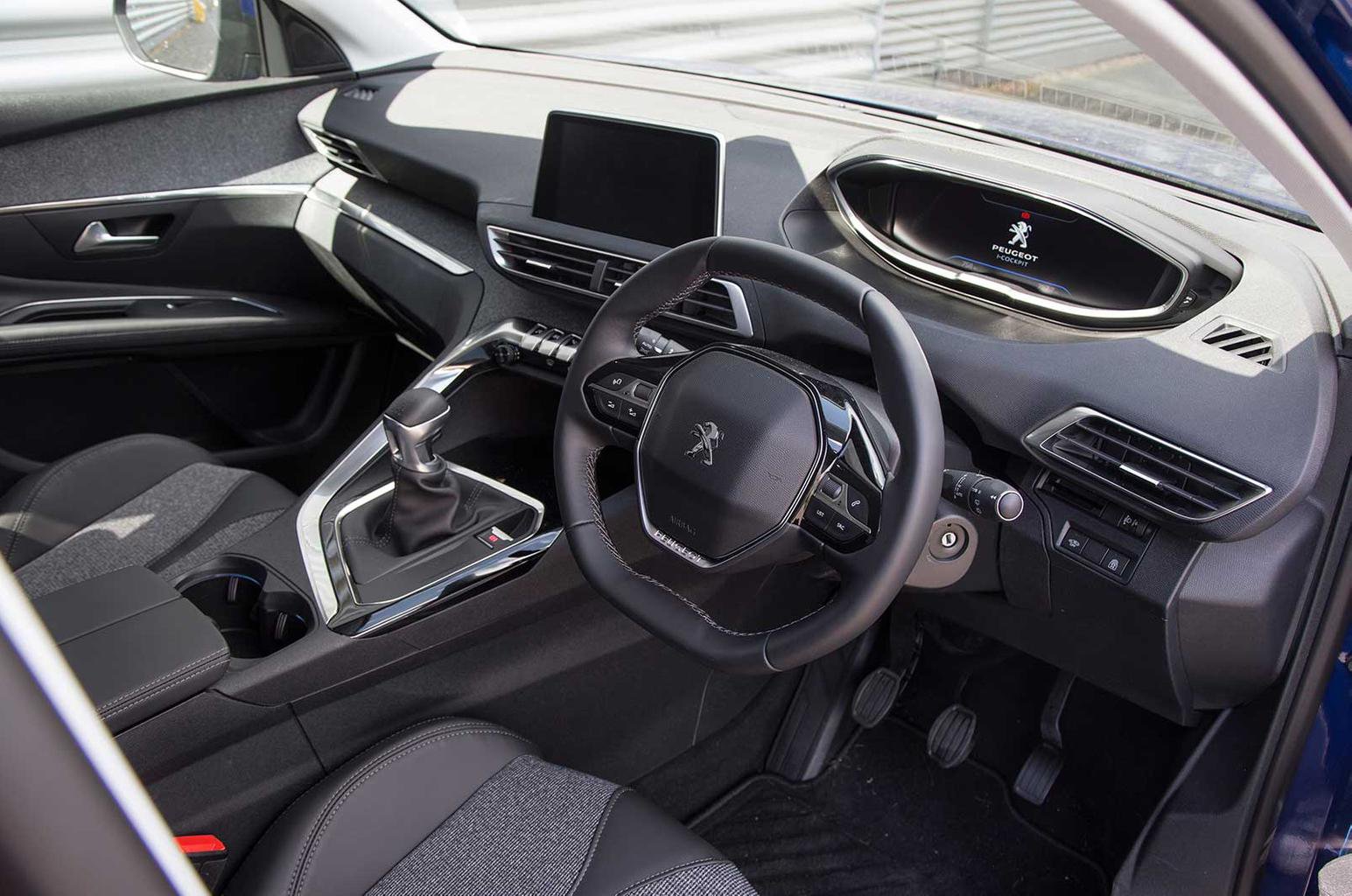 The back seats of the 3008 were also a hit with my parents who could spread out in the back and use the pull down central armrest when we all headed off to the seaside in the summer.

Supermarket shopping trips proved that the 3008 was a true 10-bagger, as did Christmas visits to relatives with a boot full of presents and regular trips to our local garden centre to stock up on new plants.

Less cheery occurrences highlighted the Peugeot’s cosseting ride – I was really grateful for the suspension’s ability to soak up potholes and uneven surfaces when driving my mum to hospital with a broken arm and a few months later my daughter with a broken ankle.

The downside of this is adequate rather than scintillating handling, although the 3008 remains secure and grips the road well. Its petite steering wheel isn’t universally liked, but I appreciated the way it accentuated the car’s impressively tight turning circle, making urban driving and parking a breeze.

The small turbocharged petrol engine coped will with four adults onboard with all but the steepest of North Downs hills, but it did prove rather thirsty around town, averaging around 33mpg. This improved to low 40s on the motorway, but that’s still not up with the best of its rivals; so I’d consider a diesel next time round.

What else would I change? I’d add heated seats and steering wheel to take the chill off of early-morning winter school runs, and I’d consider Peugeot’s Advance Grip Control, a system that lets the driver dial in one of five settings to optimize traction in low-grip conditions, such as on snow or mud. I’d have to see how much his affects the ride quality though, because it also means changing to stiffer all-weather tyres.

Overall the 3008 has been impressively easy – and enjoyable - to live with, though. A neighbour who traded down from a Range Rover to a 3008 summed it up perfectly when she said she’d been surprised by the quality of the car, in and out, and found it hard to believe her range-topping model had cost less than half the price she’d paid for her previous car.