The Nissan Ariya's range depends on which battery you choose. The cheaper 63kWh option can officially manage 251 miles on a full charge – just a few miles behind a Skoda Enyaq 60. Expect 170 to 210 miles in the real world, depending on the weather.

If that's not enough for your needs, you’ll want to go for the 87kWh battery, which pushes the price up quite a bit but increases the official range to 310 miles. That’s very similar to the Enyaq 80 and Kia EV6 but not as far as the Tesla Model Y can travel between charges. In real-world driving, you can expect 210-260 miles.

So far, we’ve only driven a late-stage prototype of the 63kWh Ariya on 20in alloy wheels. You won't be able to buy that combination in the UK, and our initial impressions suggest that’s a good thing because the ride is rather choppy, especially at low speeds. Hopefully smaller (19in) alloys will improve matters. The only way to have 20in wheels on the production car is by going for the larger 87kWh battery.

The Ariya is good to drive in other respects. The steering is light enough to make low-speed manoeuvres a breeze, yet there’s enough weight and precision to give you confidence along faster country roads. And despite the car’s lofty stance, there isn’t too much body lean through corners.

The brakes also deserve a special mention. In some electric cars, it can be tricky to judge how hard to push the middle pedal to slow down smoothly (the energy recuperation systems don’t always work with the conventional brakes very well). In the Ariya, you don’t even think about having to brake smoothly – it happens naturally, just as it should. 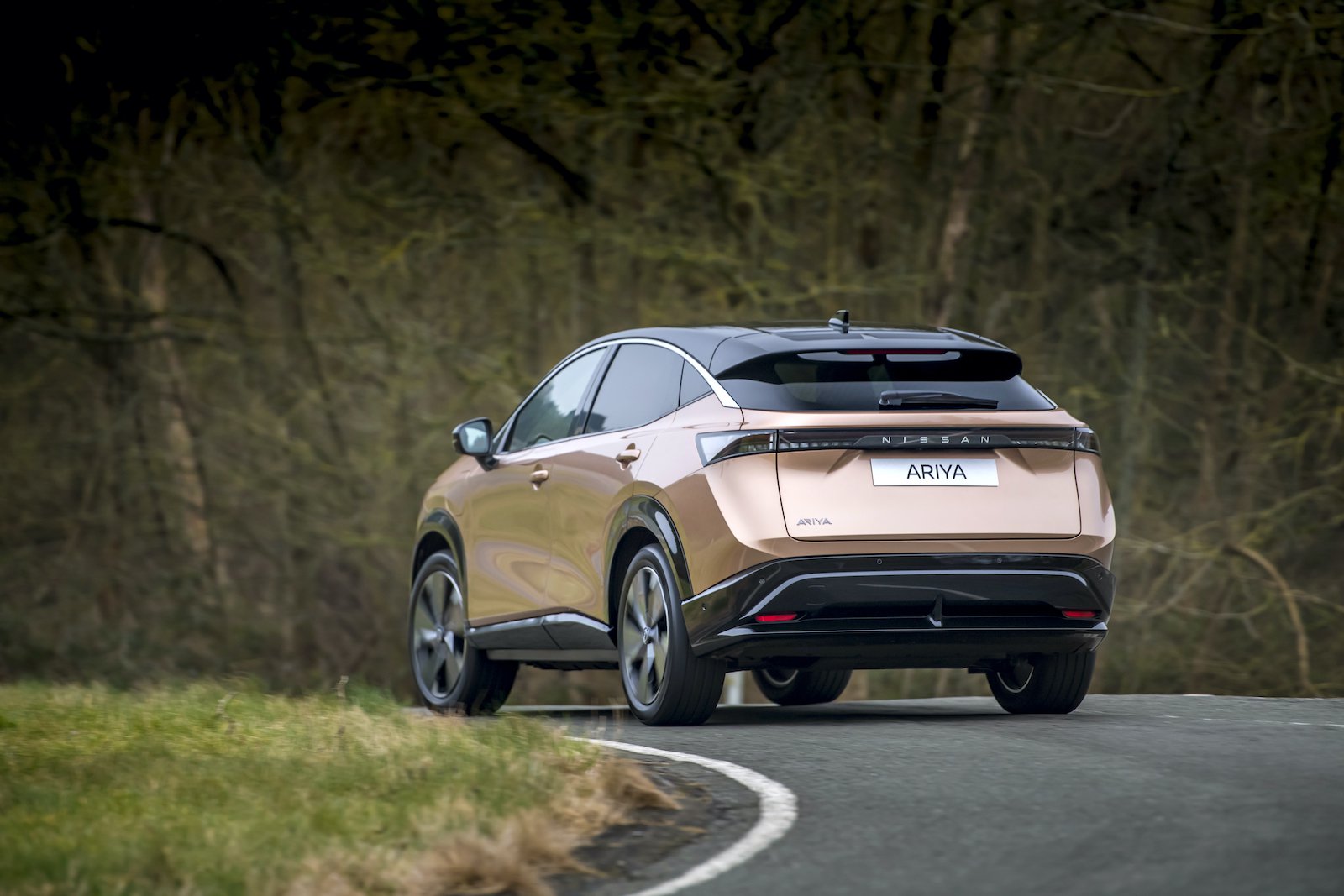