Nissan describes the Ariya as a ‘coupé crossover’. That doesn’t really mean a whole lot, other than signalling that the car’s looks were clearly a bigger priority than its practicality.

Rear head room is the biggest drawback of the swooping roofline, but is far from terrible. Our test car had an optional panoramic roof (part of the Sky Pack), a feature that usually hampers head room, and a six-footer could just about fit in without cowering.

Less impressive is the boot – especially given the size of the car. It’s smaller than in the Kia EV6 and positively dwarfed by the Enyaq’s. Four-wheel-drive Ariyas have an even smaller boot than two-wheel-drive versions.

These things are relative, of course. You’ll still be able to manage a big shop or take your family on a short holiday, and the Ariya’s boot isn’t much smaller than in a Nissan Qashqai. There’s also enough underfloor storage for the charging cables, which is a good thing because there’s no ‘frunk' (front boot).

All versions have 60/40 split-folding rear seats and a powered tailgate. 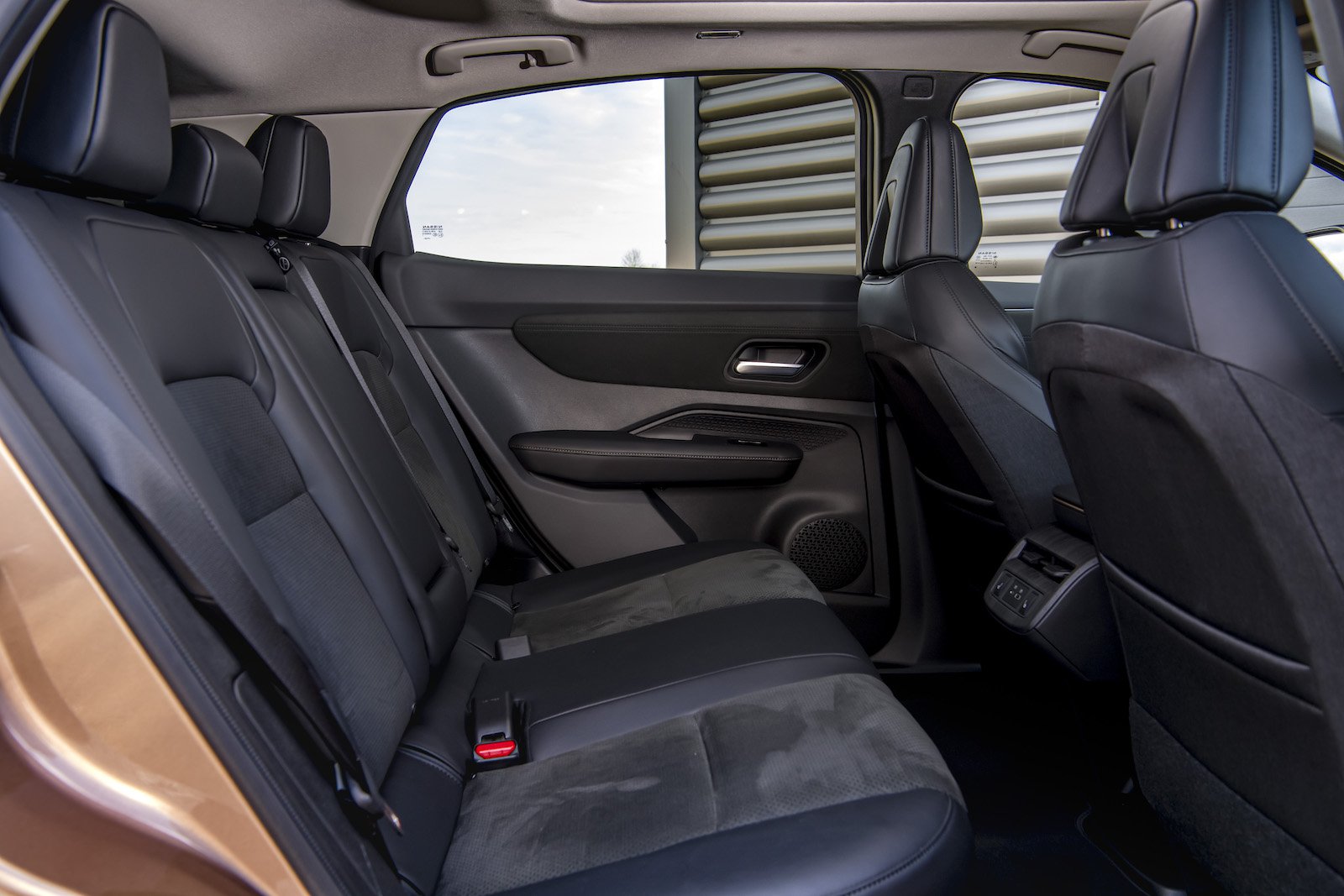