The only engine option in the Nissan Juke at the moment is the 112bhp 1.0-litre turbocharged petrol (badged DIG-T 114), which is gutsy enough as long as you keep the revs above 2000rpm. If you work it really hard, it can take the Juke from 0-62mph in 10.7sec.

Equivalent engines in the rival Skoda Kamiq and Volkswagen T-Roc are stronger, but not by a great deal. The mild-hybrid engines in the Ford Puma on the other hand – especially the 1.0 Ecoboost Hybrid (mHEV) 155 – are another matter, and feel quite punchy in comparison. 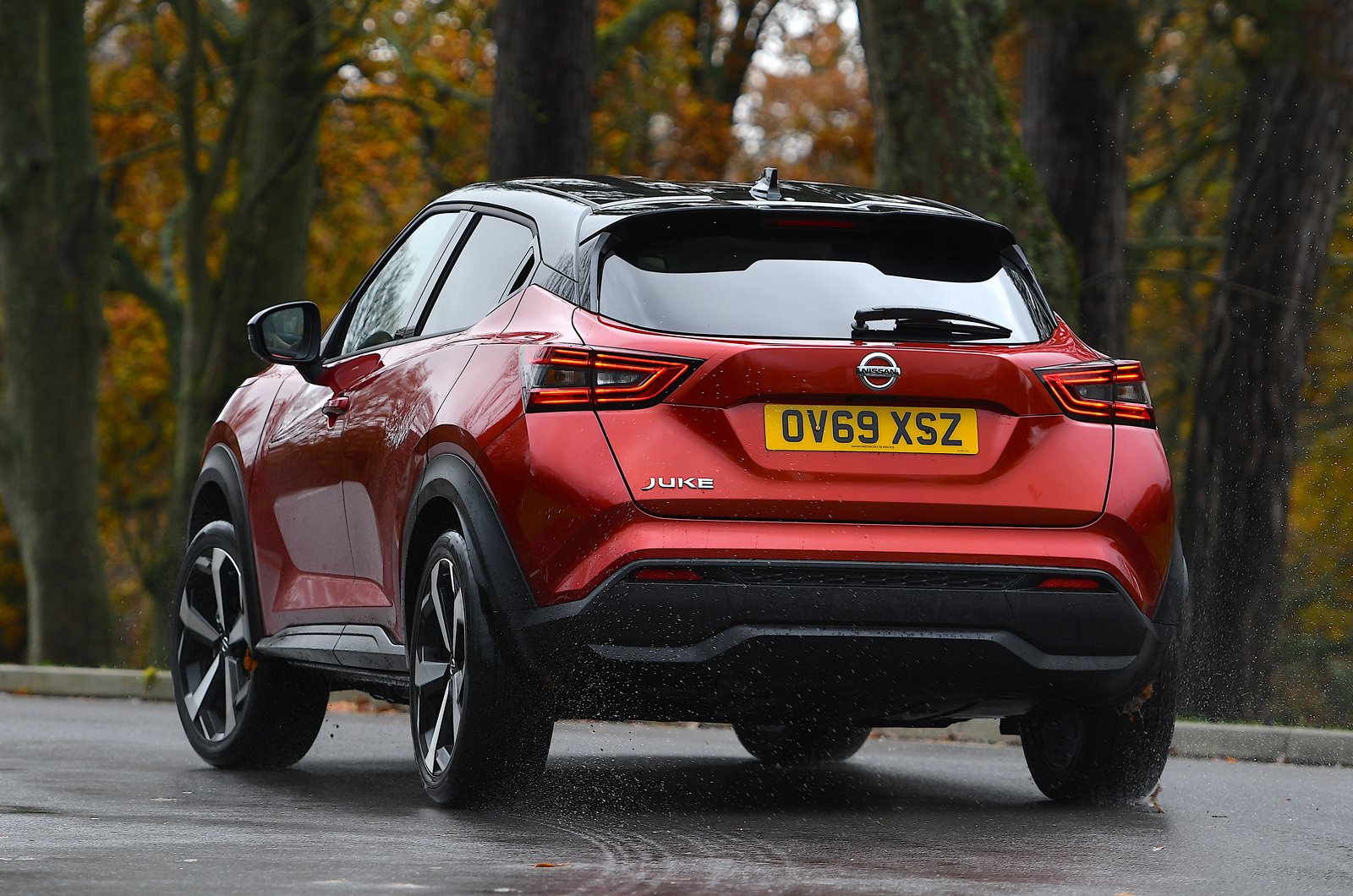 Despite its lofty stance, the Nissan Juke doesn’t sway around through tight twists and turns as much as you might imagine, and there's a reasonable amount of grip. That said, it's not that much fun, mainly because there's little connection between you and the road – unlike in the Ford Puma, which is by far the sharpest and most enjoyable small SUV to drive.

The Puma's steering is weightier and more alert, its body control is better over undulating roads and it’s simply more agile and playfully balanced in bends. The Skoda Kamiq and Volkswagen T-Roc are not on the Puma's level, but they too feel more poised than the Nissan Juke.