Although it’s a small car, even tall drivers will find they have enough space in the front of the 208. That said, there isn't quite as much head room as in some rivals, including as the Volkswagen Polo. It's also narrower than the Polo from door to door, although there's enough width for you and your front passenger to comfortably rest your elbows on the central armrest (Allure trim and above).

Underneath the armrest there's a large cubby in which you can conceal a wallet, and storage space elsewhere is very good. This includes sizeable door bins, trays and cup holders, plus a reasonably roomy glovebox.

This isn't the easiest car to get in and out of if you're an adult of reasonable stature, due to its fairly narrow door openings. But once inside, the 208 has a good amount of room for two adults (more than a Renault Clio), with just about enough head and leg room for taller people. The Polo offers more rear space, though, and the 208's optional Cielo glass roof reduces head room by quite a bit.

Storage space includes a couple of small door bins and map pockets on the backs of the front seats. 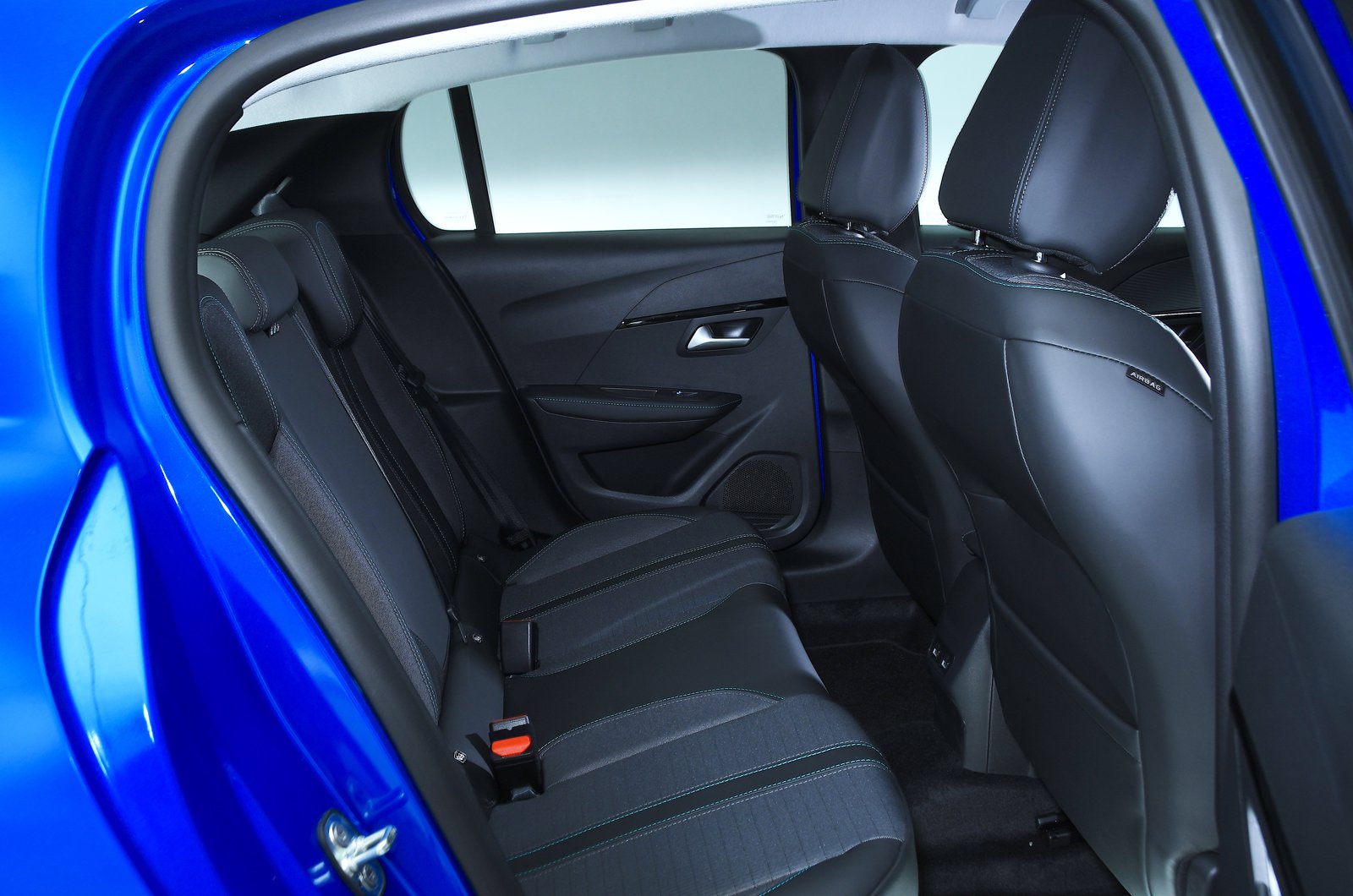 The rear seatbacks split and fold in a 60/40 arrangement as standard. This is par for the course in the small car class, and there’s no option of a more practical 40/20/40 arrangement.

GT Line adds a height-adjustable front passenger seat, but you can't add passenger lumbar adjustment – a feature you can have in some rivals, including the Polo.

The 208’s boot is a decent size for the class. It’s beaten for outright capacity by the Seat Ibiza's and the Polo's, but there’s certainly enough room for a few holiday bags. We actually managed to squeeze five carry-on suitcases below the parcel shelf – the same number you can fit in a Renault Clio, Ford Fiesta and Audi A1.

The 208's boot has a relatively narrow aperture compared with many rivals, though, and there's no option to have a height-adjustable boot floor.