You’re supposed to view the Peugeot 3008's iCockpit digital instruments (the speedo, rev counter etc.) by looking over – rather than through – the steering wheel. To make this possible, the wheel is mounted lower than you might expect and is barely the size of a dinner plate.

This unconventional arrangement works far better in the 3008 (and 5008) than it does in Peugeot's lower-riding models, including the 208 and 308. Most will find it easy to get comfortable, but make sure you go for a test drive before buying to be sure; the steering wheel might block some drivers’ view of the instruments.

All but top-spec GT Premium models miss out on adjustable lumbar support and you can only add it as an option on GT trim, but otherwise, the 3008's driver's seat is supportive and comfortable. Most of the controls are also logically positioned, but it’s frustrating that the air conditioning controls are only accessible via the central touchscreen (as is the case with all current Peugeots). The cruise control buttons are also hidden behind the steering wheel.

The windscreen pillars aren't as thick as they are in some of the competition, so you get a good view out of junctions. And while the small rear screen doesn’t help much when you're reversing, even entry-level Active Premium trim gets front and rear sensors as standard along with a rear-view camera.

If you're particularly nervous about parking, it's worth considering the Visio Pack 2. This is optional on Allure Premium and GT (standard on range-topping GT Premium) and adds a self-parking system as well as a 360-degree camera that shows obstacles all around the car.

All trims get basic LED headlights as standard, but GT trim has an upgraded version with fancier daytime running lights, additional lighting to illuminate corners better, and a fog mode. 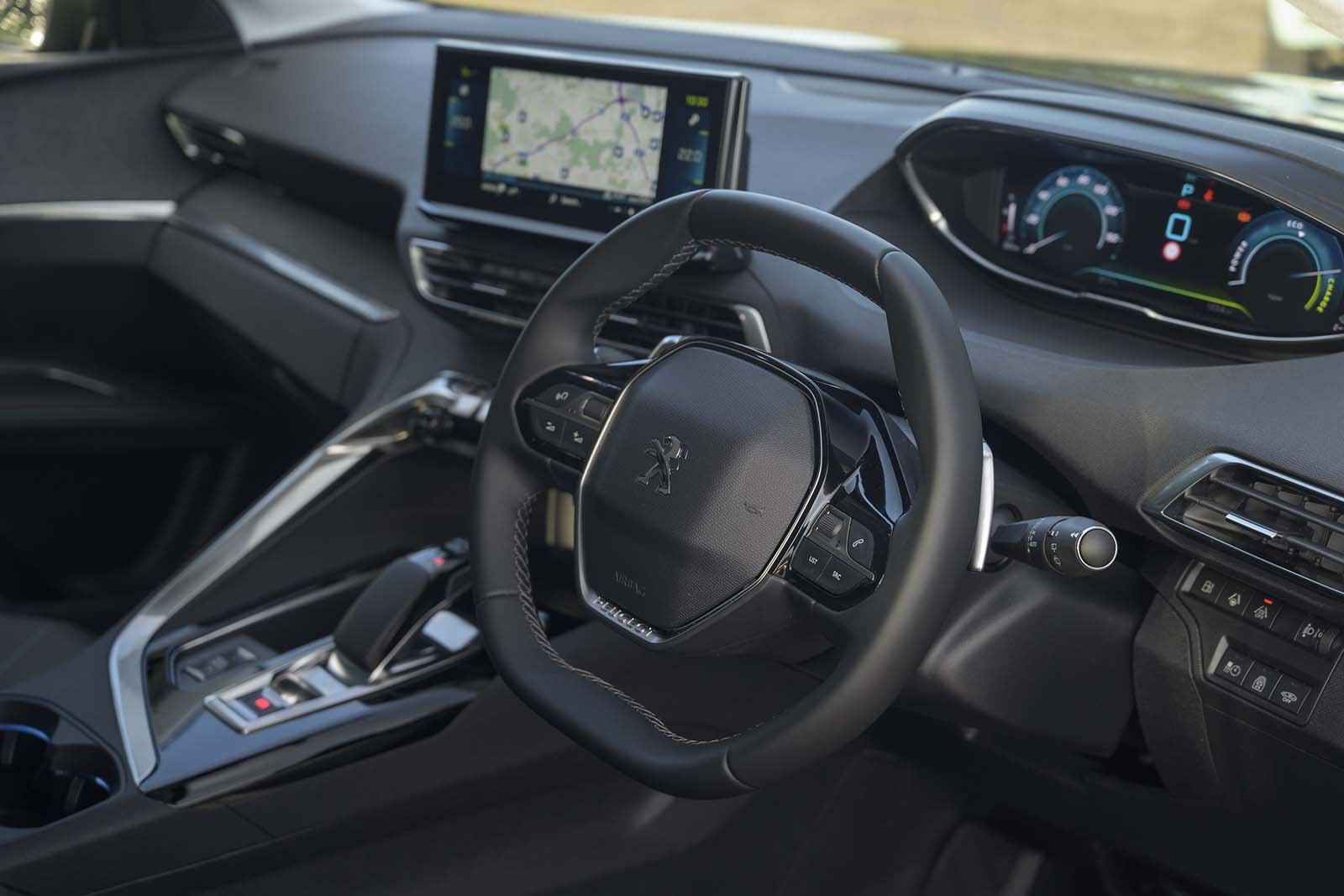 Entry-level Active Premium models have an 8.0in touchscreen positioned high up in the middle of the dashboard. Frustratingly, there's often a delay between you pressing the screen and anything happening, and usability isn't helped by a slightly confusing operating system.

You certainly get plenty of gadgetry, though, including Apple CarPlay and Android Auto smartphone mirroring on all trims. This allows you to use your phone’s sat-nav, as well as a selection of other apps, via the car's touchscreen. Alternatively, the 3008 comes with a built-in sat-nav if you go for Allure trim or above. This also gets you a larger 10.0in touchscreen with sharper graphics (although part of the extra screen area is devoted to the temperature controls, which are permanently displayed). Neither system’s menus are particularly easy to navigate, though, and both are sluggish compared with the best rival systems.

Meanwhile, wireless phone charging is optional on Allure trim and up, while range-topping GT Premium models have a punchy Focal sound system. The latter item is optional on GT trim.

Climb inside the 3008 and you're greeted by remarkably upmarket surroundings. Indeed, in the family SUV class, at least, you'd need to go for a premium-badged alternative (which would inevitably mean spending more money) to get a classier interior. Choose any trim apart from entry-level Active Premium and, at night, the interior is bathed in a cultivated glow from ambient lighting.

All of this doesn't mean the 3008's interior is bolted together any better than its peers' are. It's far from poorly assembled, but you do notice that some of the interior panel gaps aren't as precise and consistent as in some rivals, including the Skoda Karoq.