Thanks in part to the latest Renault Clio’s additional girth compared to its predecessor, front space is generous to say the least, with plenty of head and leg room for drivers well over six feet tall and little danger of clashing elbows with your passenger. Still, you’ll have no complaints in a Ford Fiesta, Peugeot 208 or VW Polo either.

Oddment storage has been increased significantly over the previous version, too, with a much bigger glovebox, decent door bins and a deep tray in front of the gearlever. Depending on trim level and options fitted, you can also have wireless phone-charging and more storage under the central armrest you get with plusher trims.

Rear space in the Clio is plentiful for a car of this size, although there’s no doubt that an adult over six feet tall will find their head very close to the roof lining. If the person sitting in front of them is a similar size, the rear passenger’s knees will be wedged against the front seat (although these are sculpted to be thinner than the previous Clio).

The fairly wide rear seat should help three to squeeze in the back a little easier, as should the fairly low hump in the centre of the floor. Hybrid models are just as spacious as regular versions of the Clio, although neither have as much rear space as the VW Polo. 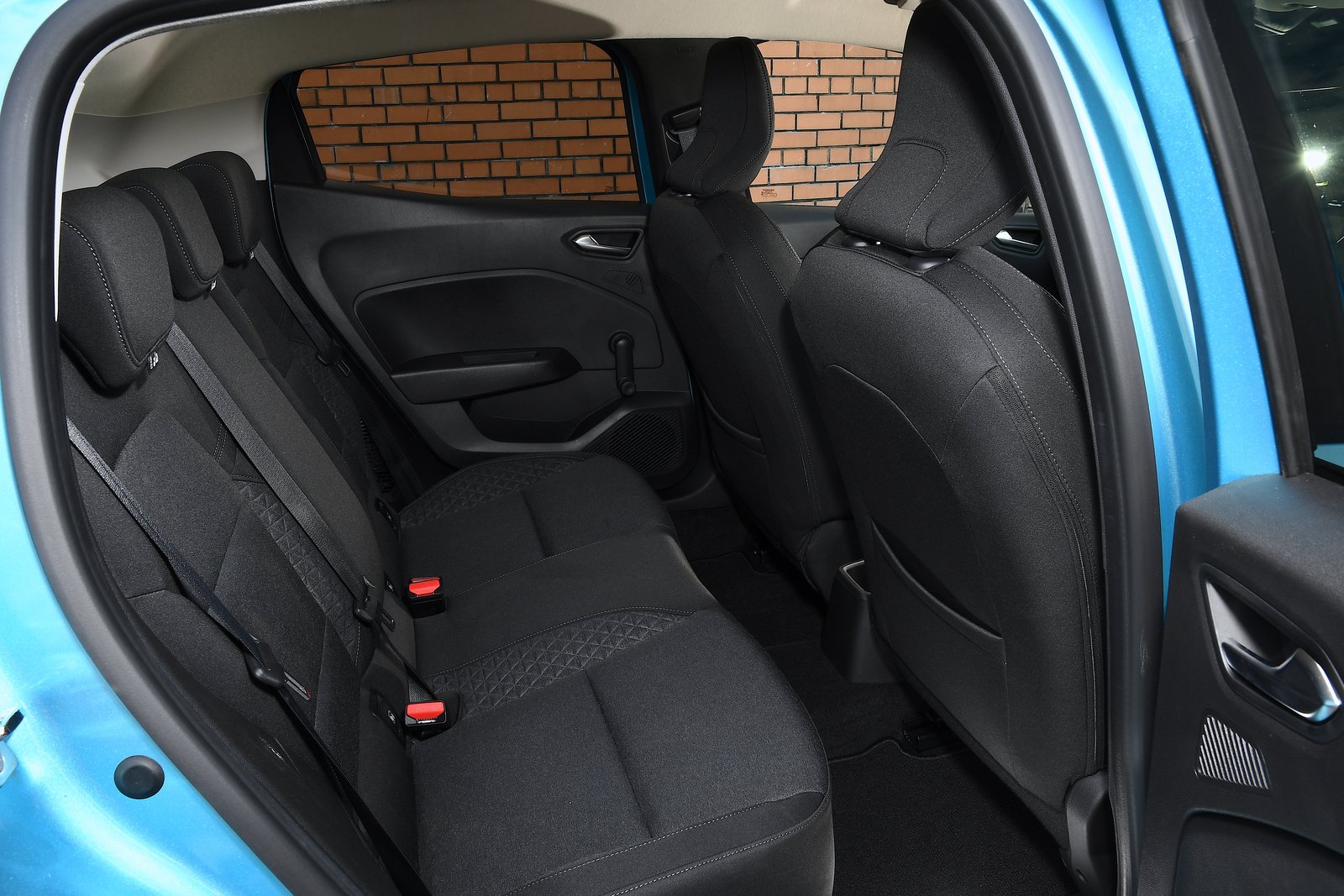 Every Clio has 60/40 split folding rear seats, which is par for the course in the small car class. They allow you to carry one or two rear passengers at the same time as a long or bulky load – long pieces of luggage or flatpack furniture, for example. The seatbacks fold to create a flat floor, but the front passenger seat doesn’t fold far enough forward to make much of a difference with extra-long loads.

On paper, the Clio looks to have a truly cavernous boot by the standards of the class. At 391 litres in petrol models, it’s not just bigger than those of its rivals, it’s also bigger than that of the VW Golf from the class above.

You get a two-level boot floor so you can either maximise space or reduce the height of the lip when loading it through the tailgate. In the floor’s lowest position, lifting heavy items in and out can be rather awkward.

The E-Tech’s boot capacity is quite a lot less at 301 litres because of the batteries. You'll get more space in a Ford Fiesta or Honda Jazz but the Toyota Yaris boot is smaller.