We've got some good news. If you're on a budget and looking on with envy at the higher-power engines in the Leon Estate's range, don't fret: we think the 113bhp 1.0-litre petrol (badged 1.0 TSI 115) is a belter. It’s as peppy as a Focus Estate 1.0 125 Ecoboost, giving good acceleration when you put your foot down (its official 0-62mph time is 10.1sec) and, being turbocharged, it has a decent amount of shove. So, from around 1500rpm it's agreeably flexible.

That said, if you expect to carry a full boot of luggage frequently, you might prefer to have more power. If that's the case, try the 128bhp 1.5-litre engine (badged 1.5 TSI 130 Evo). It offers plenty of pace and drops the 0-62mph sprint down to 9.5sec, but crucially it has more guts to pull a fully loaded car. Opting for the 148bhp version (badged 1.5 TSI 150 Evo) buys you a proper turn of speed, but it's by no means a must-have, while the Cupra 300, with its 296bhp, propels you like a Touring Car racer.

If you're after the high-mileage economy of a diesel, we recommend the 113bhp 1.6 TDI 115. It has more mid-range oomph than the 1.0 TSI 115 petrol but is slower flat out. The 2.0 TDI 150 is brisk, but we think the petrol engines will better serve you if performance is your priority.

Whichever Leon Estate you choose, you’ll notice that its ride is firmer than that of, say, a Volkswagen Golf Estate or Ford Focus Estate. Broadly speaking, it manages to remain comfortable, but you are aware of a little more jitteriness on motorways and lumpiness around town.

FR trims add sports suspension, which is firmer still. Again, it's tolerable, but the upshot is more of the above, and it can really thump over sharper ridges and expansion joints taken at speed – more so than the equivalent Focus ST-Line.

If anything, the high-performance Cupra 300’s ride is the most impressive, and that's because it comes with adaptive suspension as standard. With the system set to its softer Comfort mode, it’s still undeniably firm, but it's better controlled and surprisingly supple for such a focused performance model. 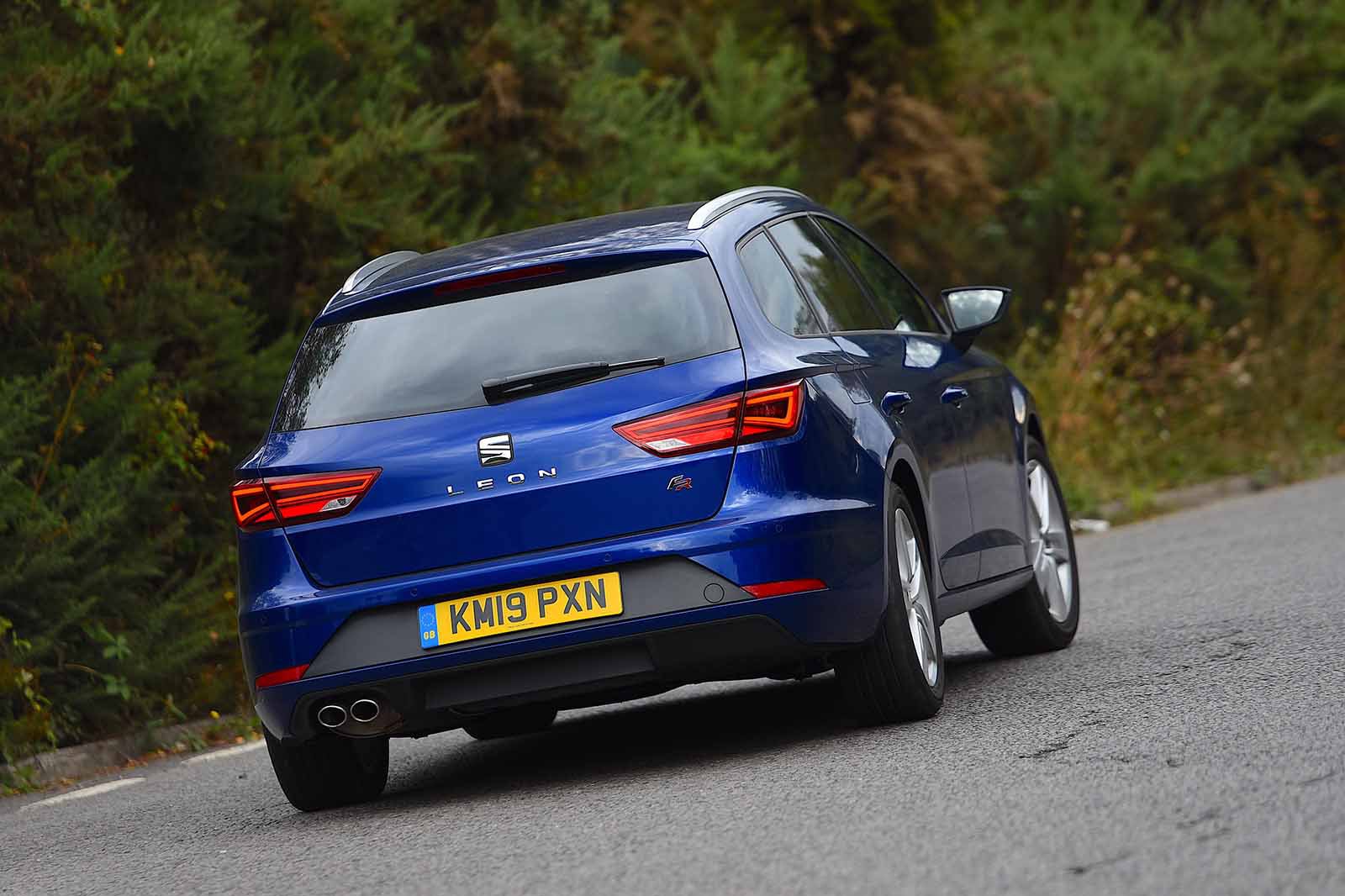 The inherent firmness that affects the Leon's ride does pay off in the corners. It keeps body roll in check, so the Leon stays impressively flat through twists and turns. The firmer FR models, with their sports suspension, add even more control. The steering is also nicely weighted, feeling light around town and precise at speed, making it easy to place the Leon accurately in bends.

It's worth pointing out that, for all its virtues, the Leon Estate isn't the best-handling estate car you can buy. For keen drivers, the Focus Estate always feels more agile and rewarding to drive swiftly along a B-road, but when pitted against an Astra, we'd take the Leon every time.

The Cupra 300 has four-wheel drive (Seat calls this 4Drive) as standard; its extra traction helps to make the most of all that power. It's impressively grippy, too, yet while it clings on hard through corners, it isn’t as thrilling or engaging as the best hot hatches, even those without four-wheel drive, such as the Honda Civic Type R.

The 1.0 TSI 115 thrums away when you work it hard, but not unpleasantly. The 1.5 TSI and 2.0 TSI models are noticeably smoother but not quite as quiet as the equivalent engines in a Golf. The diesels are grumbly, especially the 1.6 TDI 115. Once you’re up to motorway speeds, there’s not much noise from any of the engines, except the 1.6 TDI 115. That's partly because it has a five-speed manual gearbox (most other models have a six-speed manual) that leaves it revving harder at 70mph.

On the subject of gearboxes, the manuals are light and slick to operate but not as feelsome as that of the Focus Estate. The seven-speed DSG automatic gearbox, which is optional with the majority of engines and standard on the top models, such as the Cupra, is smooth through its gears. It can be a bit jerky at low speeds, though, such as when you’re trying to reverse into a parking space.

The main area of weakness compared with a Golf or Focus is road and wind noise. At speed, you’ll notice a fair amount of rumble from the tyres and gusting from the door mirrors. 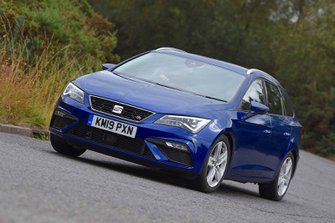 One of the best estates available at any price