Compared with its closest rivals, the Skoda Octavia vRS 2.0 TSI 245 is competitively priced, undercutting cars such as the Volkswagen Golf GTI and Honda Civic Type R, if not the Ford Focus ST or Hyundai i30 N. Despite being slower, the vRS TDI is a good chunk pricier, and the iV is the most expensive vRS of all. Even so, it’s reasonably priced by plug-in standards.

Of course, the iV’s big draw is its low CO2 emissions of just 26g/km, making it the cheapest option for company car users thanks to its low benefit-in-kind (BIK) tax. Run it mainly on electricity and it’ll be cheap to fuel, although those doing longer journeys shouldn’t discount the diesel’s 130g/km and 56.9mpg official figures. That’s significantly better than the TSI’s 157g/km and 40.4mpg, putting it in a much higher company car tax bracket.

All vRS models get sporty styling inside and out, bespoke sports seats and even keyless entry, so you shouldn’t need to add much, if anything, from the options list. In fact, we’d suggest just considering the DCC adjustable suspension and free-of-charge optional rear wiper on the hatch.

The Octavia was awarded a top five-star rating by Euro NCAP and was found to be better at protecting adult occupants than the Focus in the event of a crash. Automatic emergency braking, lane-keeping assistance and an e-call system, which notifies the emergency services if you’re involved in an accident, are standard, with blindspot monitoring and a driver fatigue sensor on the options list.

This generation of Octavia is too new to have appeared in the most recent What Car? Reliability Survey, but Skoda as a brand ranked an impressive fifth out of 31 manufacturers. If things do go wrong, you’ve got a three-year, 60,000-mile warranty that can be extended to five years and 100,000 miles for a fee. 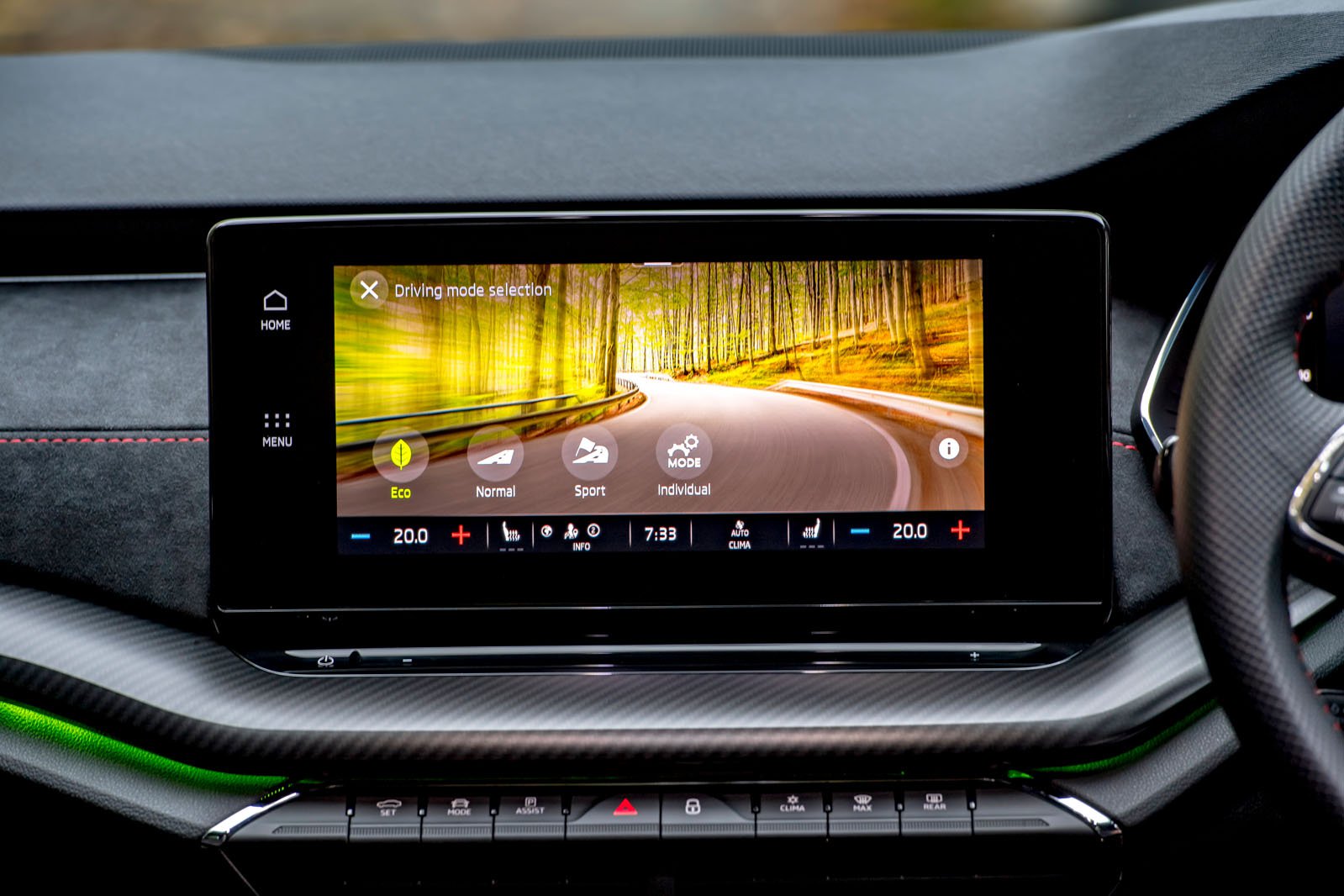