Company car users should be wary, though. The Corolla's relatively high list price bumps up its P11D value, and, in turn, the amount of BIK you'll pay. So the reality can be that the tax will be close, or even above, some of the cheapest and most efficient petrol rivals, and it pays to do some sums. For example, even a relatively high-spec Ford Focus 1.0 Ecoboost 125 Titanium will cost only a few pounds more per month.

You can't argue with the fuel consumption, because the Corolla's official economy is among the best in the family car class. We managed a test average of 60.6mpg in the 1.8 Petrol Hybrid on a mix of town, country and motorway driving. It’s worth noting that hybrids tend to be ultra-efficient around town, so if that's where you spend most of your time, the economy could be even better. Some diesels might eke out the juice a bit more on motorways, though.

The Corolla makes plenty of sense as a private buy. Yes, it’ll cost you more to buy like-for-like than a Skoda Scala, but it’s predicted to have much better resale values than most of its rivals. As a result, it may cost you less cash in the longer term. Those good resale values also help to keep PCP finance payments low, but the Corolla can still work out pricier per month than a Focus, for example, because Ford tends to add in bigger deals to subsidise what you pay.

Even entry-level Icon trim comes with power-folding door mirrors, dusk-sensing headlights, dual-zone climate control, adaptive cruise control, heated front seats and 16in alloy wheels. We reckon Icon Tech is the one to go for, though, because it keeps the price reasonable while adding a good haul of upgrades that include the sat-nav and parking sensors we've mentioned in previous sections.

In fact, its only major omission is rain-sensing wipers; you’ll need to upgrade to Design trim if you want those. Design also brings 17in alloy wheels, an auto-dimming rear-view mirror and privacy glass.

Even though they add more goodies, the range-topping Excel trim or the sportier-styled GR Sport are too pricey for us to recommend. 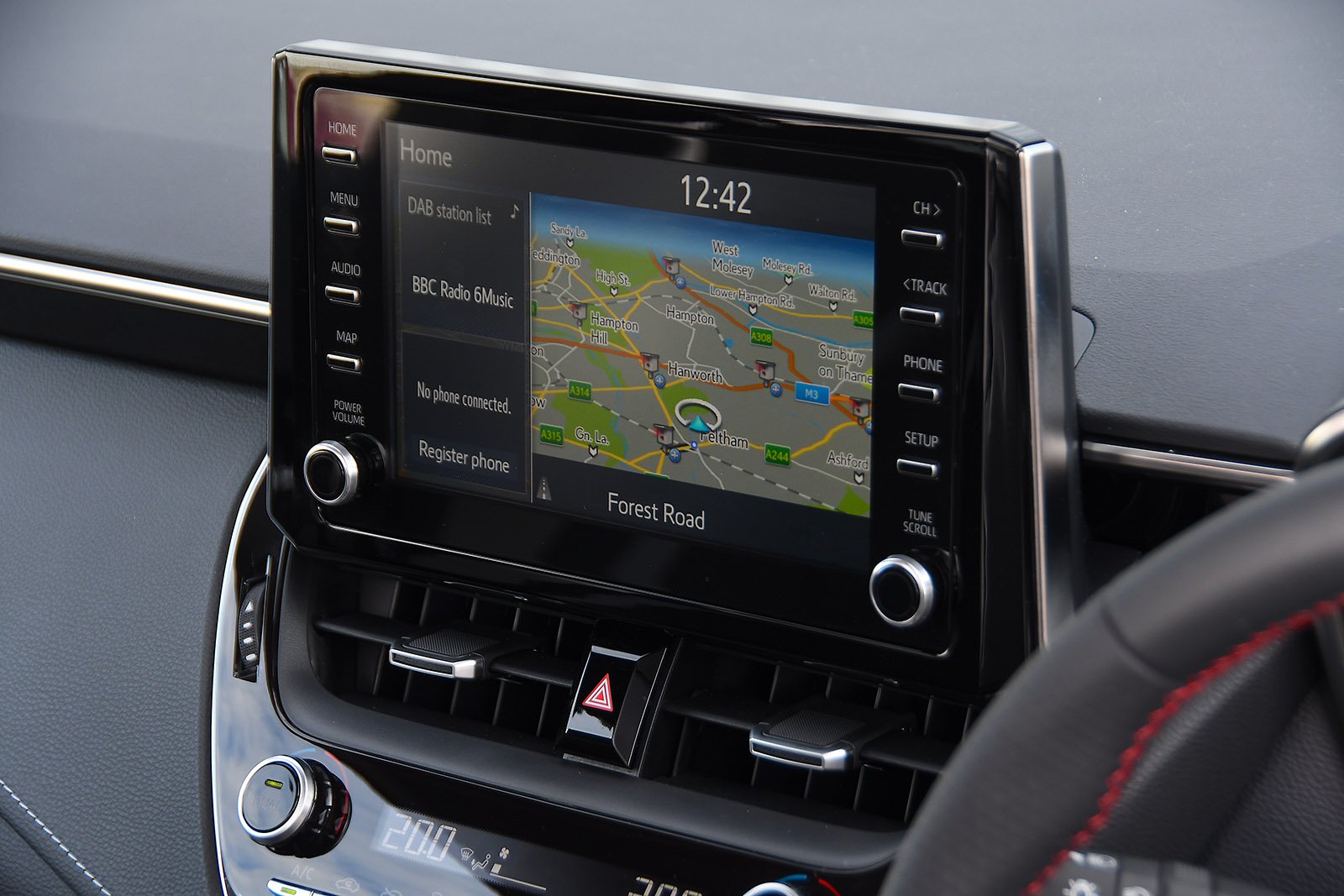 The Corolla hadn't been on sale for long enough to appear in the 2019 What Car? Reliability Survey. However, as a brand, Toyota came an impressive second in the overall manufacturer league table, behind only Lexus (which is actually owned by Toyota).

Like every other Toyota model, the Corolla comes with a five-year/100,000-mile warranty as standard. That’s longer cover than you get with most family cars and matches the likes of the Renault Megane and Hyundai i30; only the Kia Ceed, with its seven-year warranty, goes further.

If you're unlucky enough to be involved in a bump, you'll be happier if you happen to be in a Corolla than you would be in some of its rivals. Euro NCAP awarded it five stars (out of five), and although it didn't quite match the best-in-class, which would include the Mercedes A-Class, for scores in the individual categories, it's still one of the safer family cars.

It has plenty of active safety aids on tap to help you avoid a collision in the first place, including automatic emergency braking, lane-departure warning, traffic sign recognition and automatic high beam assistance. It’s a credit to Toyota that all models come with these modern safety systems as standard; you don’t need to go for a high trim level or fork out for an expensive option pack to keep your family as safe as possible. The only common one that isn't available, even as an option, is blindspot monitoring.

As for the security side of things, all versions of the Corolla come with an alarm and immobiliser as standard.

Excellent infotainment and a top-notch interior...