The entry-level non-turbocharged 1.2 (83PS) petrol has a fairly measly 82bhp and takes 14.0sec to get from 0-62mph, so we'd advise at least stepping up to the 1.2 (110PS) Turbo with its healthier 109bhp. At the time of writing, we haven't tried it in the latest face-lifted Crossland. It's basically the same engine that was in the pre-facelift model, though, which revved willingly and felt punchy enough to be the engine of choice. 0-62mph takes 10.5sec, which is quicker than the Skoda Kamiq 1.0 TSI 95.

That said, the extra power of the 128bhp 1.2 (130PS) Turbo is welcome. It pulls really well from around 2000rpm, so there's no need to thrash it to get up to speed. It’s the only petrol that’s available with the option of the six-speed automatic gearbox, which is fine but doesn’t change down as swiftly as a few of the rival autos, including the Volkswagen T-Roc.

There are better-riding cars in the small SUV class, so if comfort is your 'biggie' then try out the yielding cushioning of the Skoda Kamiq and Volkswagen T-Roc.

The Crossland rides more like the Nissan Juke. It's not uncomfortable –it absorbs most bumps pretty well – but there are certain sharper-edged abrasions that thud through the cabin and it's never truly settled on the motorway, unless you're lucky enough to find a dead-smooth section and there aren't many of those in the UK. 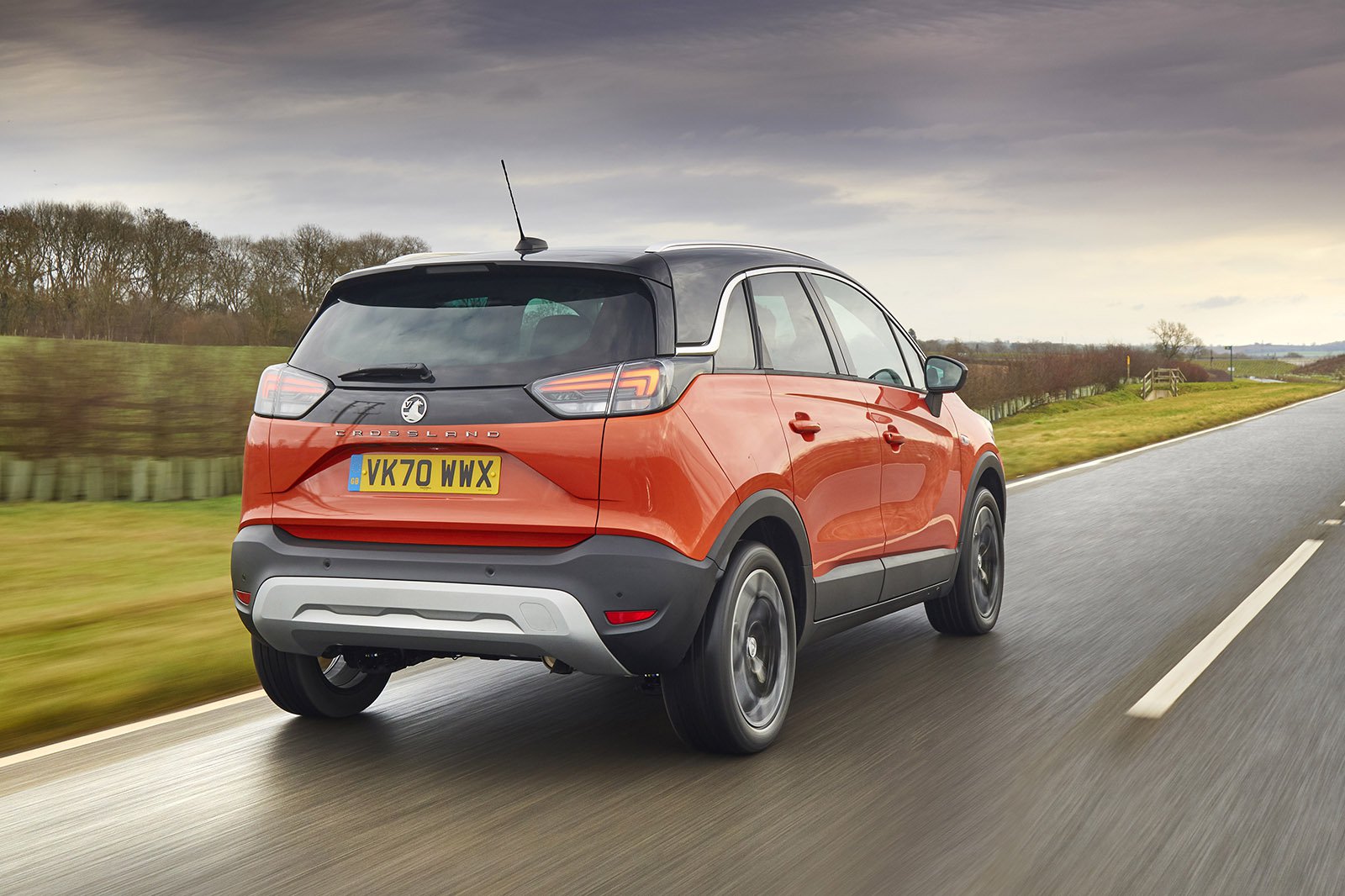 If you spend most of your time weaving through urban traffic then the Crossland does a good job. Its light steering makes it easy to nip in and out of lanes and helps with low-speed parking manoeuvres.

When you move out into the countryside onto winding lanes the steering feels accurate and faithful enough for you to guide the Crossland along with relative ease, but with less grip and more body lean than some of its more light-footed rivals, it's not a whole heap of fun. The Crossland is somewhat affected by crosswinds on motorways, too.

If you fancy some joy behind the wheel of your next small SUV then you can do no better than buy the Ford Puma, which is a cracking thing to whiz around in. The Seat Arona is pretty tidy to drive, too.

The three-cylinder 1.2-litre petrols are a bit noisier than the 1.0 TSI engines in the Kamiq or T-Roc, and they’re at their thummiest accelerating from a low speed. They also send some vibrations back into the interior, most obviously through the gearlever, but you can also feel the steering wheel and pedals buzzing at times.

And speaking of the gearlever, the manual gearchange isn't that nice. The lever has a long throw, it's not very precise and the clutch biting point is so vague you're generally thinking "crikey, don't stall it" every time you pull away at the traffic lights. That's not a problem you'll have in the Arona, which has a much more predictable clutch, while the Puma has a far nicer, snickety gear change. The Crossland’s automatic gearbox changes pretty smoothly, though.

At a steady 70mph the Crossland is prone to the effects of wind gusting over its door mirrors and road noise than the ultra-quiet T-Roc. It's beaten by the in-house competition, too, because the Peugeot 2008 is also a quieter motorway car.