The Volvo V90 is superb at accommodating four adults. Those in the front get loads of head and leg room, and it’s the same story in the rear, with class-leading knee room back there. It's more of a squeeze width wise for three larger adults sat in the rear, though, and you'll struggle to fit three children in child seats side by side.

The business end of the car could also be better. Although the V90's 560-litre boot all but matches that of a BMW 5 Series Touring in official volume, the reality is it struggles to fit eight carry-on suitcases that fit easily in its rival. It’s smaller still next to the Audi A6 Avant's boot and thoroughly thrashed by the carrying capacity of the Mercedes E-Class Estate.

The problem is the V90’s stylish, sweptback tailgate, but we should stress the point that, while relatively it’s smaller than the competition, it's still more than voluminous enough for most family’s needs. As a bonus, the T8's battery pack doesn’t reduce the 560 litre capacity of the boot, although you do lose underfloor storage.

The 60/40 split folding rear seats provide less flexibility than the 40/20/40 arrangements of its rivals, but the seat backs fold completely flat at the touch of a button conveniently located just inside the tailgate opening. With them down load capacity grows to 1526 litres, which is frankly massive, if still slightly short of the biggest. There’s no load lip, and because the V90's boot floor sits fairly close to the ground, lifting heavy luggage inside is a breeze. 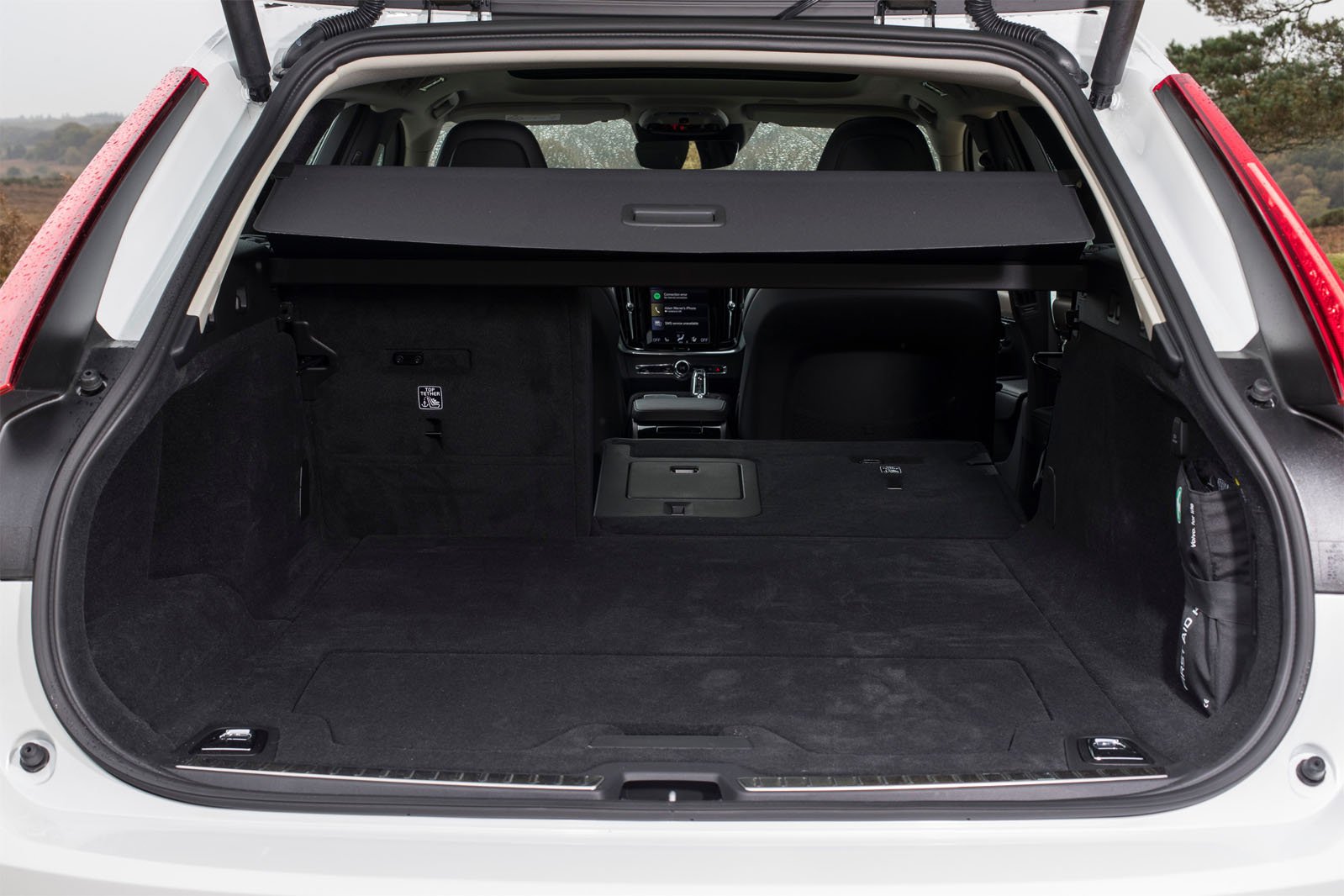