There’s more than enough leg and head room for a couple of tall adults up front. However, while shoulder room is far from tight, it’s worth noting that the A3 Saloon is narrower than the A4 and BMW 3 Series, while Skoda’s Superb is bigger again.

The simple dashboard design doesn’t conceal a huge number of cubbyholes, but you do get storage areas ahead of the gearlever and under the central armrest, plus a couple of cupholders in the centre console. The door pockets are each big enough for a large water bottle, too.

Anyone over six feet tall won’t exactly be sprawling out in luxury, but neither will they be packed in with their knees tucked up under their chin. Just bear in mind that, as with the front, you get more space in an A4 or 3 Series, let alone a Superb.

There isn't much storage space in the back for odds and ends, although the door pockets are each big enough to hold a small drinks bottle. 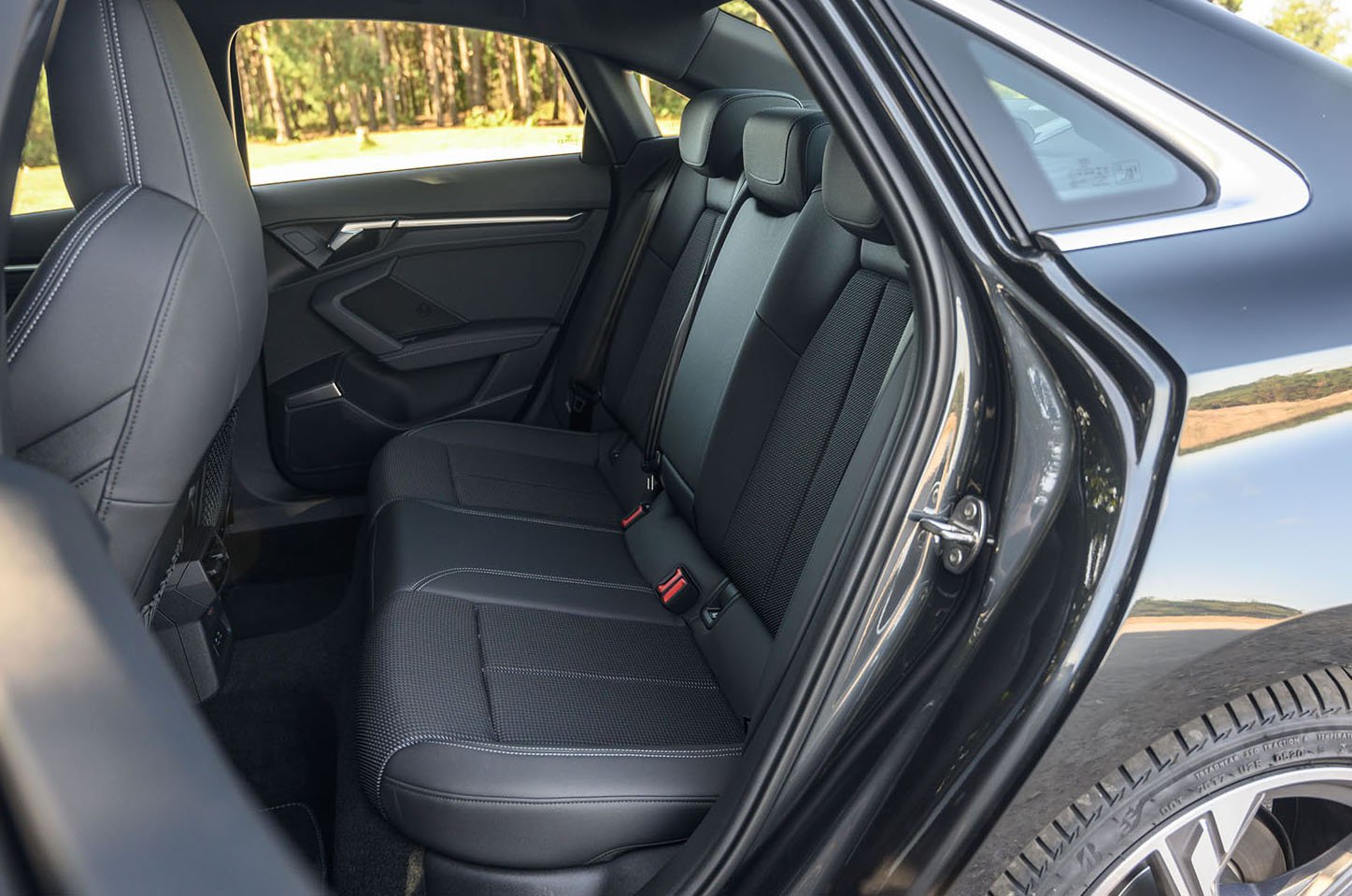 The A3 Saloon’s rear seats aren’t exactly innovative, but they do offer a versatile 40/20/40 split, giving you more options if you're carrying a few people and a longer load.

There’s a big step up from the boot floor once the seats are down, too, although they do at least lie fairly flat.

While the boot is fractionally bigger than the A Class Saloon’s (425 litres vs 420 litres), both cars are a little way off the A4 and 3 Series for load lugging, while the Superb's and Volkswagen Passat's boots are enormous by comparison.

Don’t get us wrong; the A3 Saloon still has more than enough room for a child’s bike, or for the weekly shop to sit alongside a compact baby buggy. It’s just that it’s on the small side by the standards of the executive car class.