If you’re seriously considering a Bentley Continental GT Convertible, it’s probably a long time since you bought the ‘base’ version of anything, so let’s instead start with the W12 engine that you get in the Speed variant.

With a whopping 650bhp, it unsurprisingly lives up to its name. What’s more, the combination of a smooth eight-speed automatic gearbox and standard four-wheel drive ensure that performance is delivered in an effortless fashion.

At more than 2.3 tonnes, the V8 model is no featherweight, but it’s 101kg lighter than the Speed, and most of those kilos saved will be over the nose. As a result, the front of the V8 feels reasonably eager to turn in to bends, although the Speed counters with four-wheel steering that improves its turning circle and agility.

While both versions are more nimble than you might expect, the Aston Martin DB11 Volante and Lexus LC Convertible are sharper still. Those rear-wheel-drive machines don’t have the sure-footedness of the four-wheel-drive Continental GT Convertible, though.

Inevitably, the Conti’s wide tyres generate road noise over grainier surfaces, but both engines run at just above tick-over at motorway speeds and the double-glazed side windows block wind noise very well. With the roof down, front seat occupants are well protected from wind buffeting – not something you can say of all convertibles, by any means. 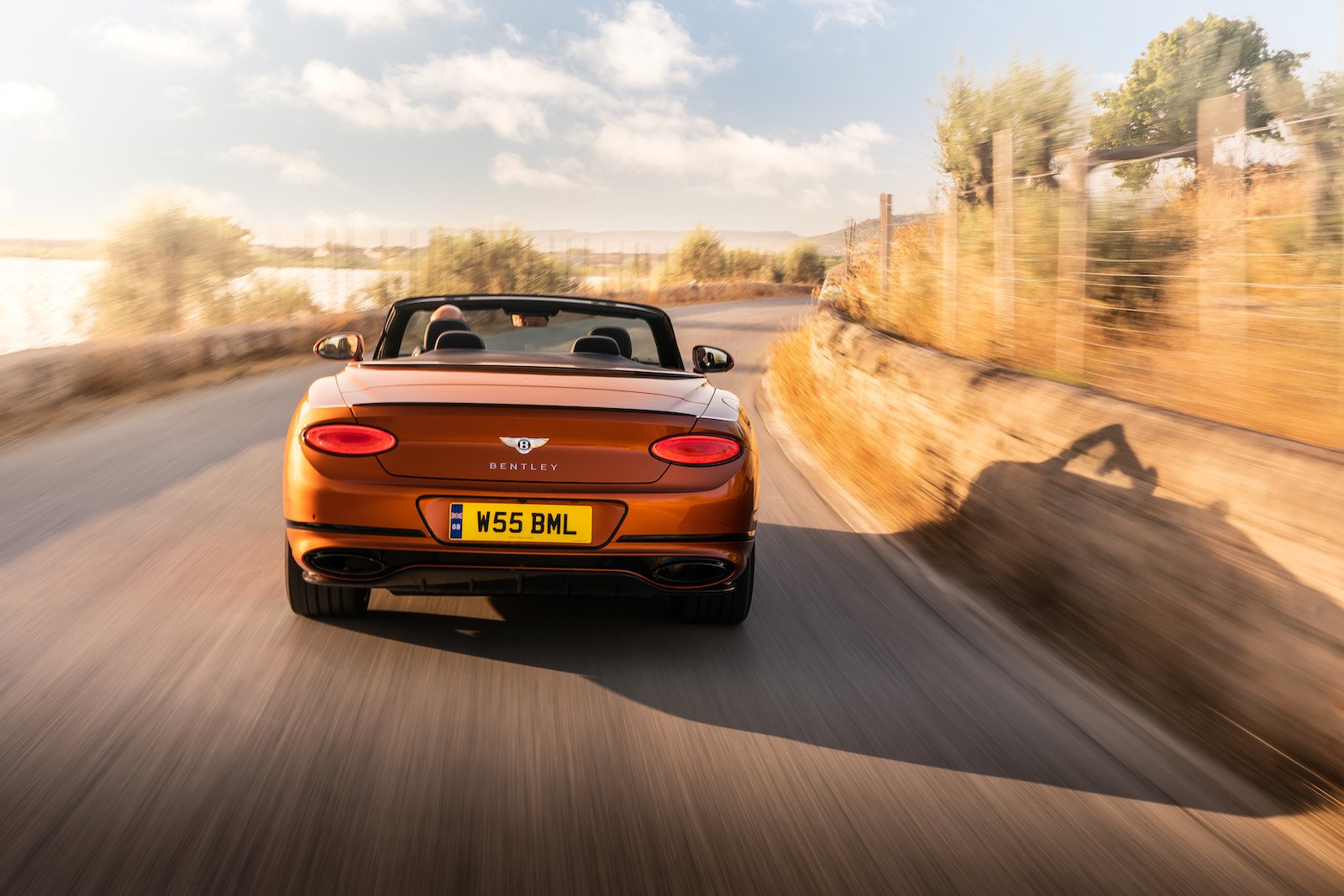