After you’ve absorbed the sleek exterior, with its flowing profile and taut surfaces, you might expect things to be equally dramatic inside. Instead, the 8 Series feels like a slightly plusher BMW 5 Series, meaning it falls some way short of the S-Class Coupé in terms of outright visual panache.

There are also some major plus points, though. BMW has traditionally focused on restrained visual design, preferring to focus on build quality over showiness, and it’s here where the 8 Series scores highly. From the stitching on the leather dashboard to the numerous brushed chrome trim pieces, everything feels sturdy and expensive.

The good news continues when it comes to infotainment. BMW’s latest-generation iDrive system is currently the best on the market, being responsive, intuitive to use and easy to operate while you're driving, thanks to voice control and an intuitive rotary controller. It works in conjunction with a 12.3in digital instrument display that’s standard across the range.

You also get a wide range or adjustment for the steering wheel and electrically operated driver’s seat. And while your view of what’s directly behind is quite limited, all-round sensors and a rear-view camera make parking easy enough. 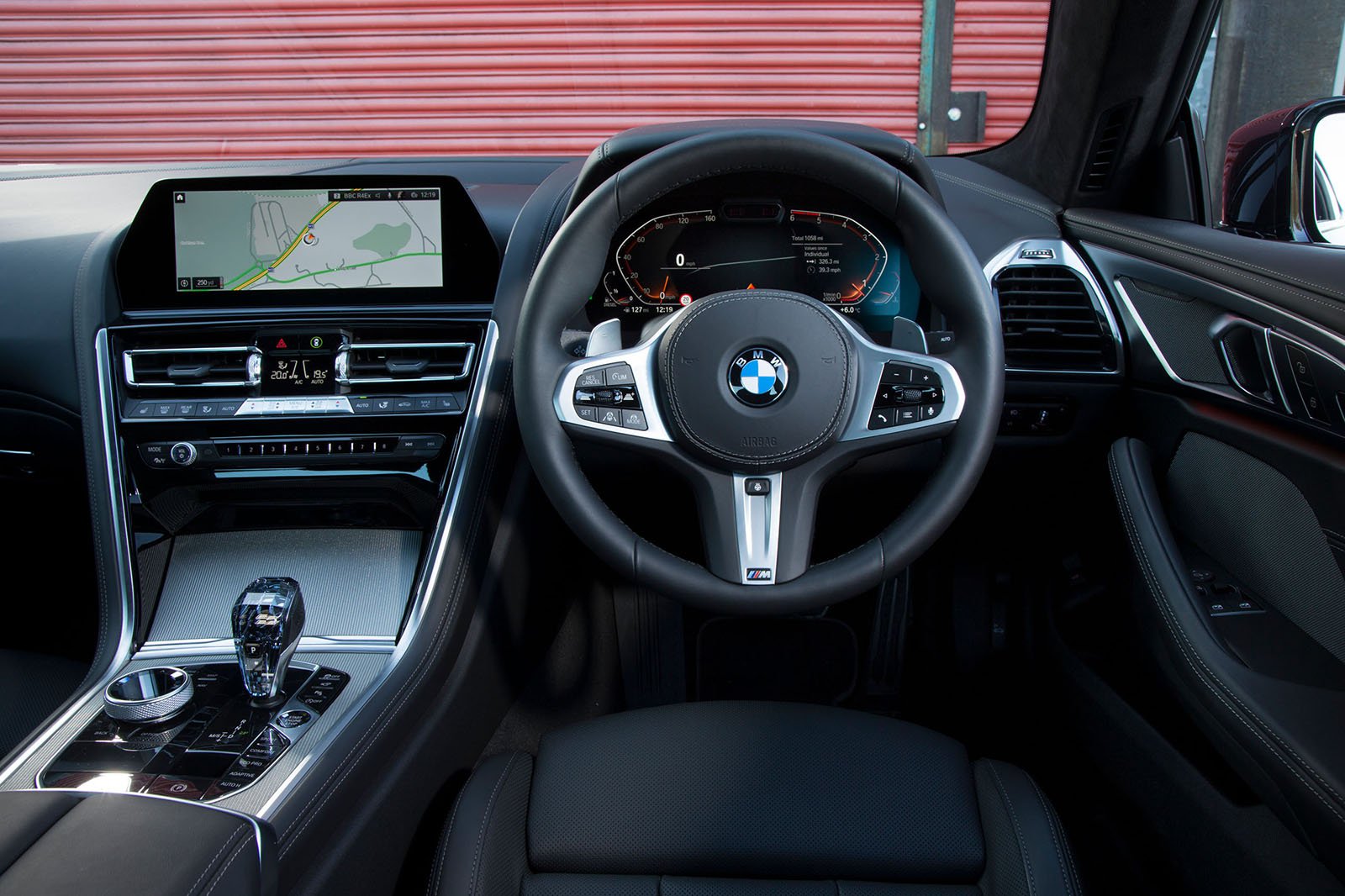