Eagle-eyed BMW fans may have spotted that, despite using the same engine as the M5, the range-topping M850i doesn’t have quite as much power (523bhp compared with 591bhp). In effect, the M5’s engine has been detuned for this application, but don’t let that put you off.

The twin-turbocharged 4.4-litre V8 in question still feels immensely strong. Plus, it sounds much better in the 8 Series – at least when you select Sport Plus mode – doing a good impression of an American muscle car that’s had a couple of firecrackers shoved up its exhausts.

As a bonus, the diesel is throaty under hard acceleration and wonderfully hushed at a steady cruise. The 8 Series is pretty good at shutting out wind and road noise, too, even though it doesn’t deliver quite the stately progress of the S-Class Coupé.

There’s more good news on winding roads, because this big grand tourer positively shrinks around you, aided by four-wheel steering. It’s certainly more fun for keen drivers than the S-Class Coupé or Continental GT, but the steering doesn’t tell you a great deal about what’s happening between the tyres and the road, so those looking for proper sports car thrills should buy a 911 instead.

The ride, meanwhile, is firmer and more unsettled than the S-Class’s or Continental’s. But the 8 Series is far from harsh over poorly surfaced roads, even when fitted with optional 20in alloy wheels. 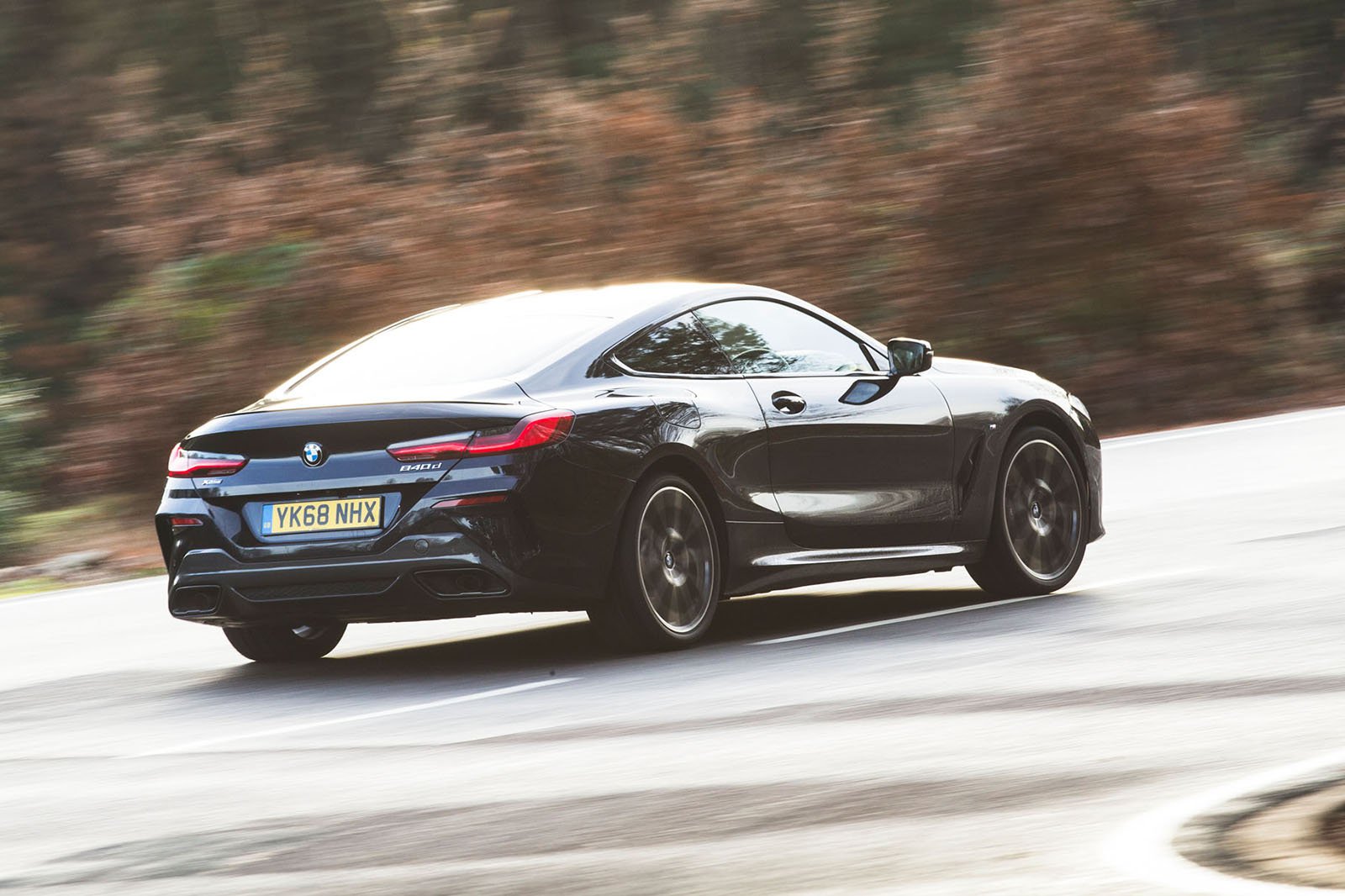