The X2 may have a lower roof compared with the more upright BMW X1, but there’s still enough head room for six-foot-plus adults. However, its interior isn't much wider than that of many standard family hatchbacks, such as the Volkswagen Golf, so don’t expect the X2 to feel as airy inside as a Volvo XC40 or Cupra Ateca.

There’s a pair of cupholders up front that are deep enough to hold large takeaway cups, while the cubby in front of the gearlever makes a convenient spot to store smaller items. The centre armrest is a handy place to hide your phone and connect it to the USB input, plus you can stow a 500ml bottle in there, too.

What you do get is a standard 40/20/40 split-folding rear bench, so you can carry long loads and still fit three passengers comfortably. The manual release catches are mounted on the rear bench, and there’s no option of an electric folding mechanism. A powered tailgate is standard, though, and the boot is also a usefully square shape with handy nets, underfloor storage, elasticated straps and a 12V socket.

Its shorter rear overhang does reduce boot space by 35 litres compared with the X1, but there’s still 470 litres in total. Not only is that a fair bit less than you’ll find in an Ateca, but those in search of a versatile SUV might not want to sacrifice usable space for that stylishly sweeping roofline. Saying that, we did manage to fit one more carry-on suitcase in the X2 than the six we could fit in the Jaguar E-Pace. 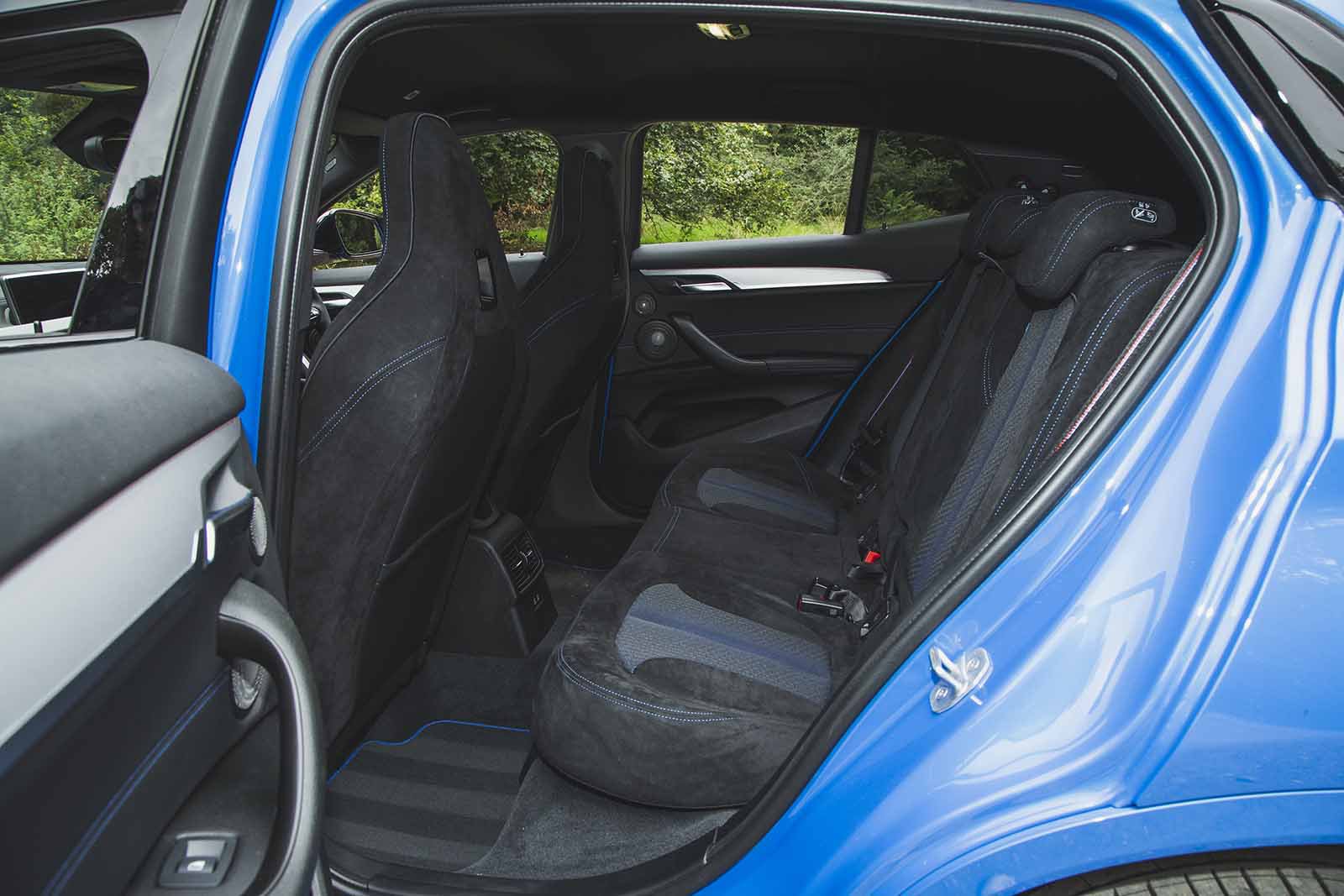