Few people will have any complaints about the fundamentals in the Honda CR-V. The pedals, seat and steering wheel are all well aligned. There’s a good range of adjustment for the steering column's height and reach, and the driver’s seat offers manual height and electric lumbar adjustment.

The lever for adjusting the backrest angle is annoying, though – it leaves you with a set number of positions only, none of which ever seems to be ideal. Electrically adjustable seats are available to cure this, but you’ll have to fork out for the most expensive EX trim. The seat itself is really comfortable for a long journey, though.

If you crane your neck to look behind you, the lightly tapering rear window line still leaves plenty of glass area for a clearer view when reversing than you'll find in a lot of its rivals, including cars like the Kia Sorento and Land Rover Discovery Sport.

That said, those two rivals, as with most of the cars in the large SUV class, come with parking aids as standard. In the CR-V they include front and rear parking sensors and a rear-view camera on all but entry-level S trim. Bright LED headlights are standard throughout the range. 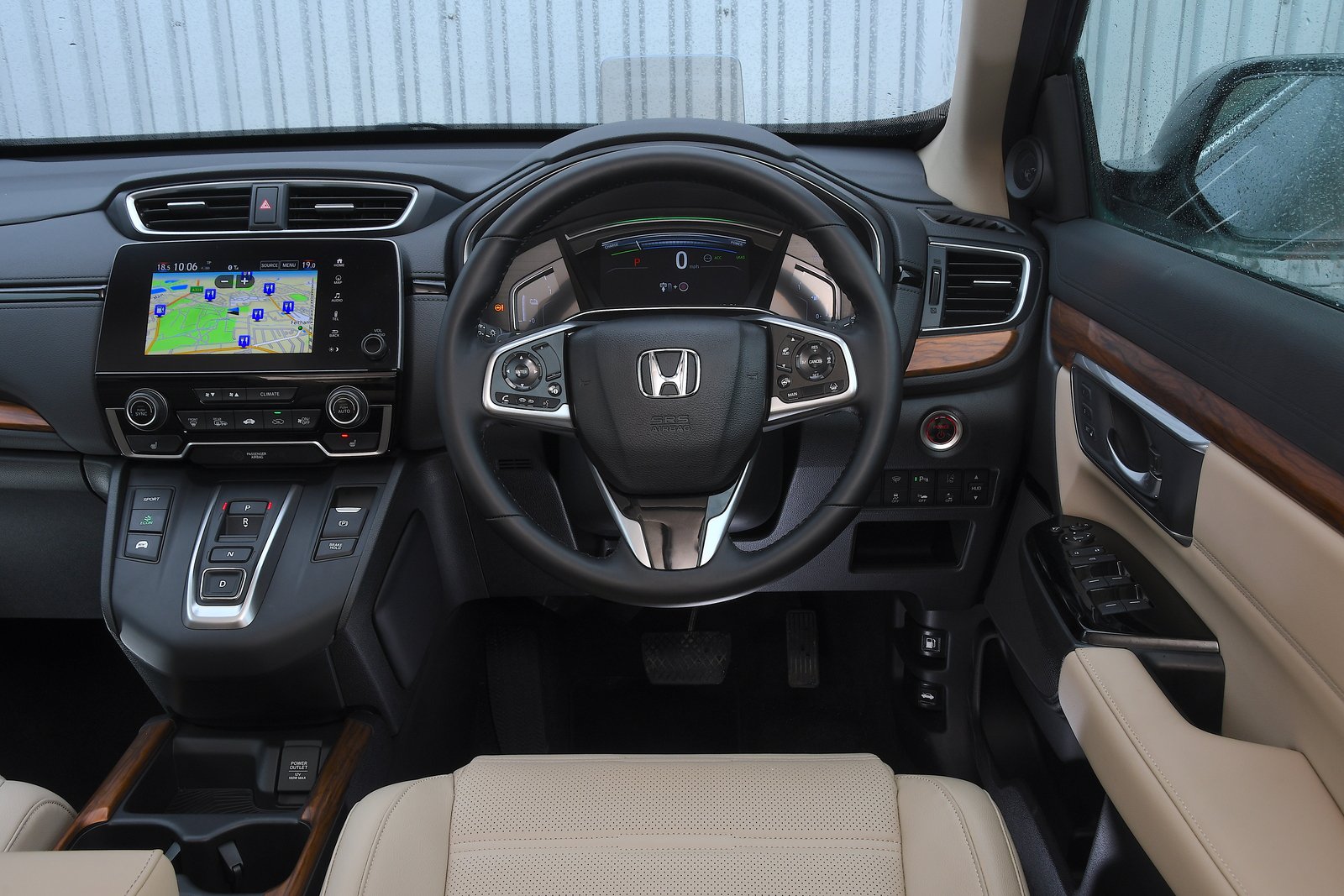 Let’s not pull any punches here: the CR-V’s infotainment system is the same as the one in the cheaper Honda Civic and it’s poor in that. By the standards of the large SUV class, which features cars that have brilliant systems such as the iDrive in the BMW X3, it’s even less competitive.