The 2.0 i-MMD Hybrid is the sole engine option for the Honda CR-V. That’s good for the most part because it's really lively, with instant reactions when you put your foot down from its standard CVT automatic gearbox and plenty of poke to get you up to 70mph without any drama. It clocked 0-60mph in 8.0sec when we tested it, which on the day just shaded the Kia Sorento Hybrid and trounced the Land Rover Discovery Sport P200.

You get a choice of either two or four-wheel drive with your CR-V, and you’ll only suffer a marginal penalty with your fuel economy for choosing four. 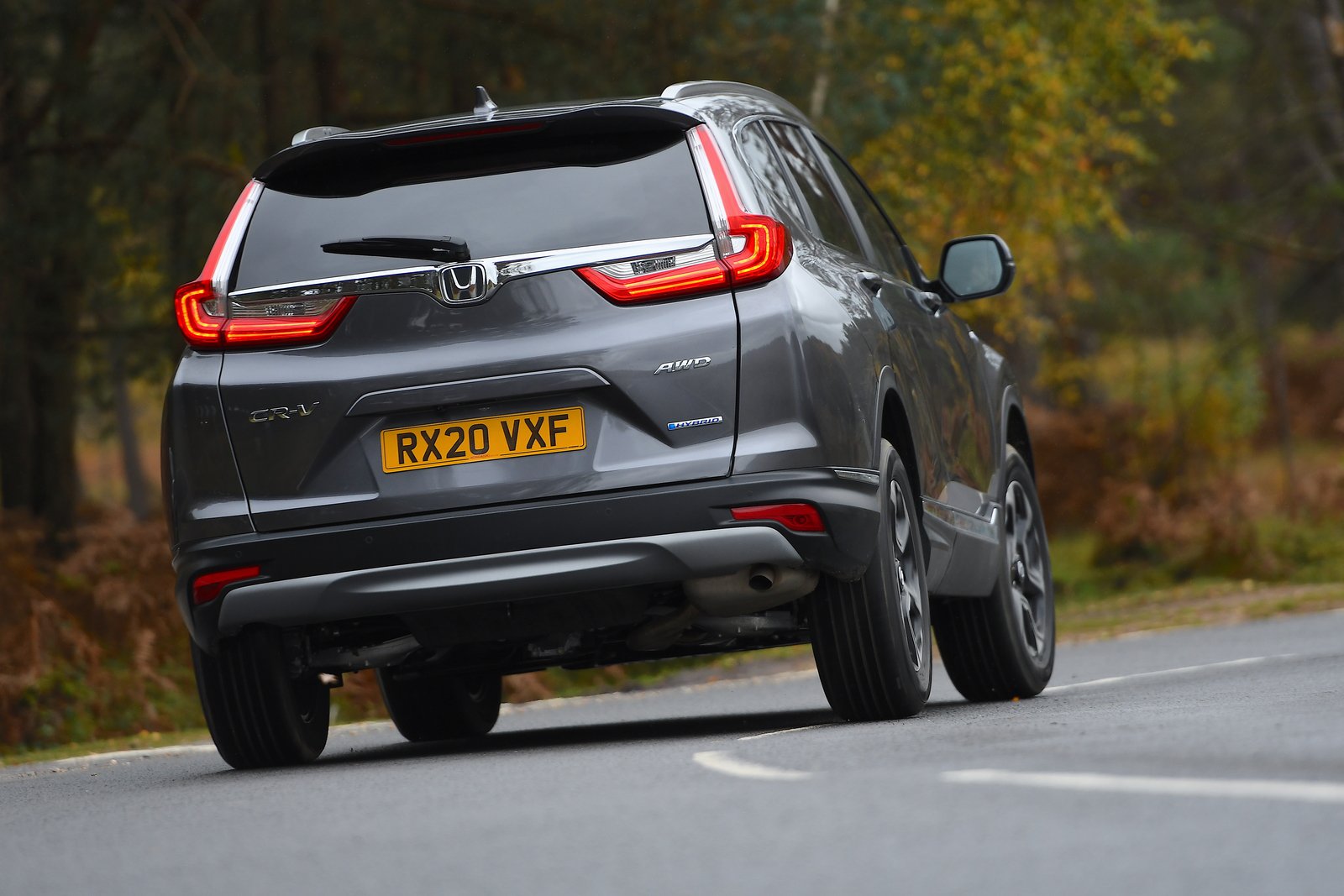 The CR-V is in a class with ‘large’ and ‘SUV’ in the title – two adjectives not normally associated with nimble handling. Yet, while large SUVs don’t generally handle as well as low-riding cars, there are some tidy offerings around – most notably the Mazda CX-5, but the Peugeot 5008 and the VW Tiguan aren’t too shabby, either.

The CR-V isn’t at their level, with more body lean in bends so it's less keen to change direction, but it's not as wallowy as the uber-soft C5 Aircross. It steers well, too, with just the right amount of weight and response to allow you to guide it along quite challenging twists and turns with very little thought or drama.

If you live at the bottom of a muddy lane, the four-wheel drive option might be useful. However, the CR-V is nothing like as competent off road as the Land Rover Discovery Sport.