The Kia Picanto's driver's seat slides back a little farther than the Volkswagen Up's, and tall adults will find easily enough head and leg room to sit comfortably. The Dacia Sandero is a much bigger car overall, and the i10 is a little wider, but the Picanto won't leave you feeling hemmed in around the shoulders.

There's plenty of storage dotted around, including two cupholders between the front seats that are big enough for the largest of skinny mochaccinos, plus a tray for your mobile phone, and front door pockets big enough to hold a small water bottle.

The sliding centre armrest – a very rare thing in this class and, as we said earlier, fitted from 3 trim upwards – opens to reveal an extra cubby beneath.

All Picantos have five doors but their openings aren't as big as they are in an i10, so getting in and out is more of a squeeze. Once inside, six-footers will have little to complain about in terms of head room, but will find their knees pressed up against the front seatbacks, especially if anyone tall is sitting in front.

This is still pretty good by city car standards, but the Hyundai i10 has quite a bit more leg room. Also, don't forget that, for around the same money as a Picanto, there are far roomier options, such as the bigger Sandero and the Dacia Duster – the latter is a small SUV. 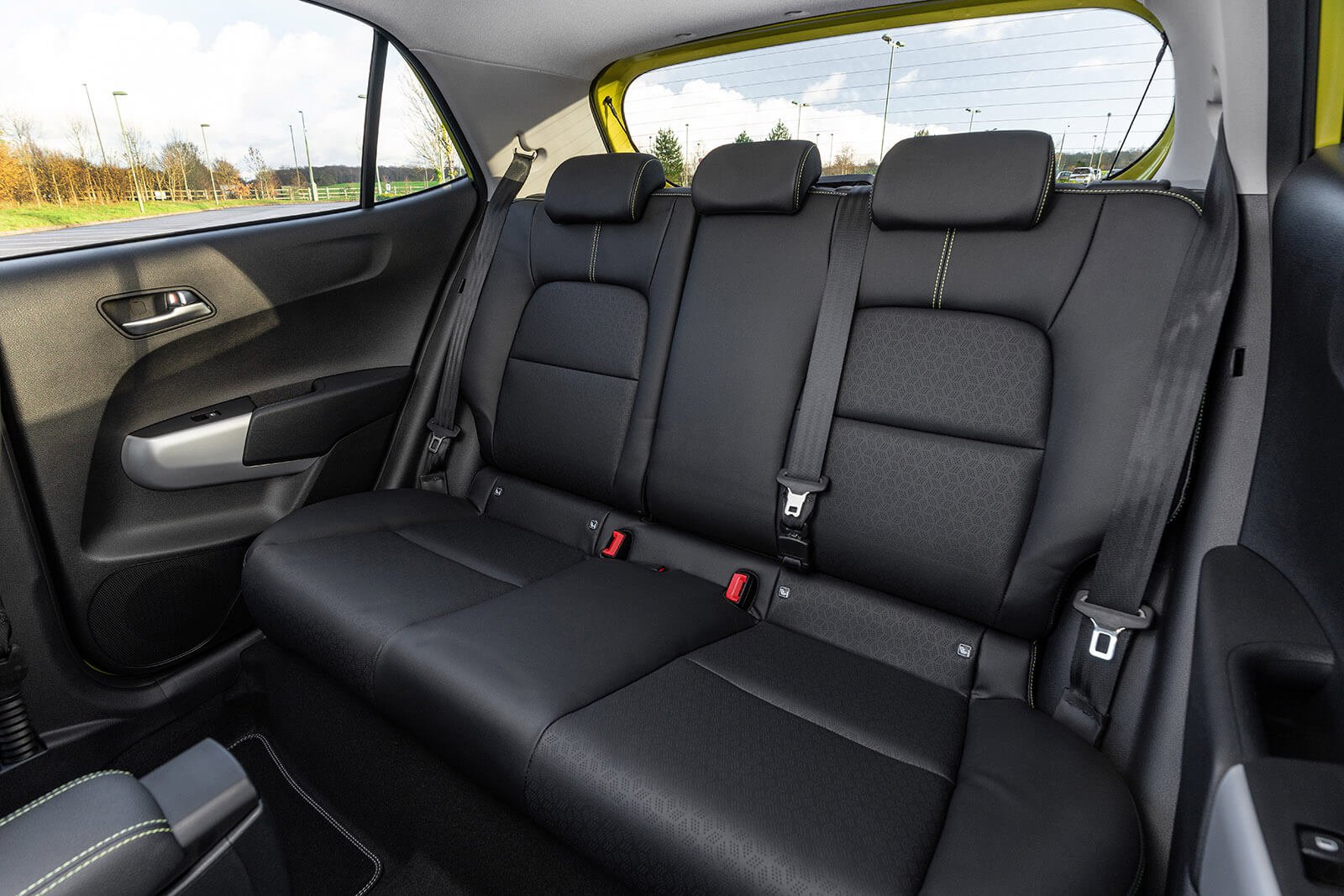 City cars don’t usually have clever seating tricks hidden up their wheel arches, and the Picanto's no different. Its rear seatbacks can be split in a 60/40 configuration, but there aren't any sliding or reclining seats like those you'll find in the similar-priced Suzuki Ignis.

Nor is the front passenger seat height adjustable or available with lumbar support.

The Picanto has one of the better boots among city cars. It's bigger than those of the Volkswagen Up or Toyota Aygo and offers more than enough space for a few large shopping bags. We managed to slot in three carry-on suitcases with some space to spare. However, the Duster, Dacia Sandero ad Ignis are all available for similar money, and will fit a lot more luggage on board.

There's an enormous lip at the entrance to the Picanto's boot and a step in the extended boot floor when you drop its 60/40 split-folding rear seats. It's a shame that a height-adjustable boot floor isn't available to mitigate this.