The Range Rover Sport provides generous space for long-legged people up front, and there’s plenty of elbow room too. Less impressive, though, is the car’s outright head room, which isn’t in the same league as you'll get in a larger Range Rover, or as generous as that of key rivals. It’s not scant enough to cause concern among all drivers, but if you're particularly tall, you might be more comfortable in a Volvo XC90.

There are two cupholders on the centre console that can be neatly covered by a sliding lid and are big enough for larger paper cups and 1.0-litre bottles. The glovebox and centre cubby are also a good size, although the door pockets are quite slim.

The Range Rover Sport is a five-seat car as standard, but you can pay extra to add two seats in the boot, although they're nowhere near as usable as the ones you can have in the BMW X7 and Land Rover Discovery. They're awkward to get into and only suitable for children or small adults. The option isn't available in the P400e plug-in hybrid, D350 or SVR. 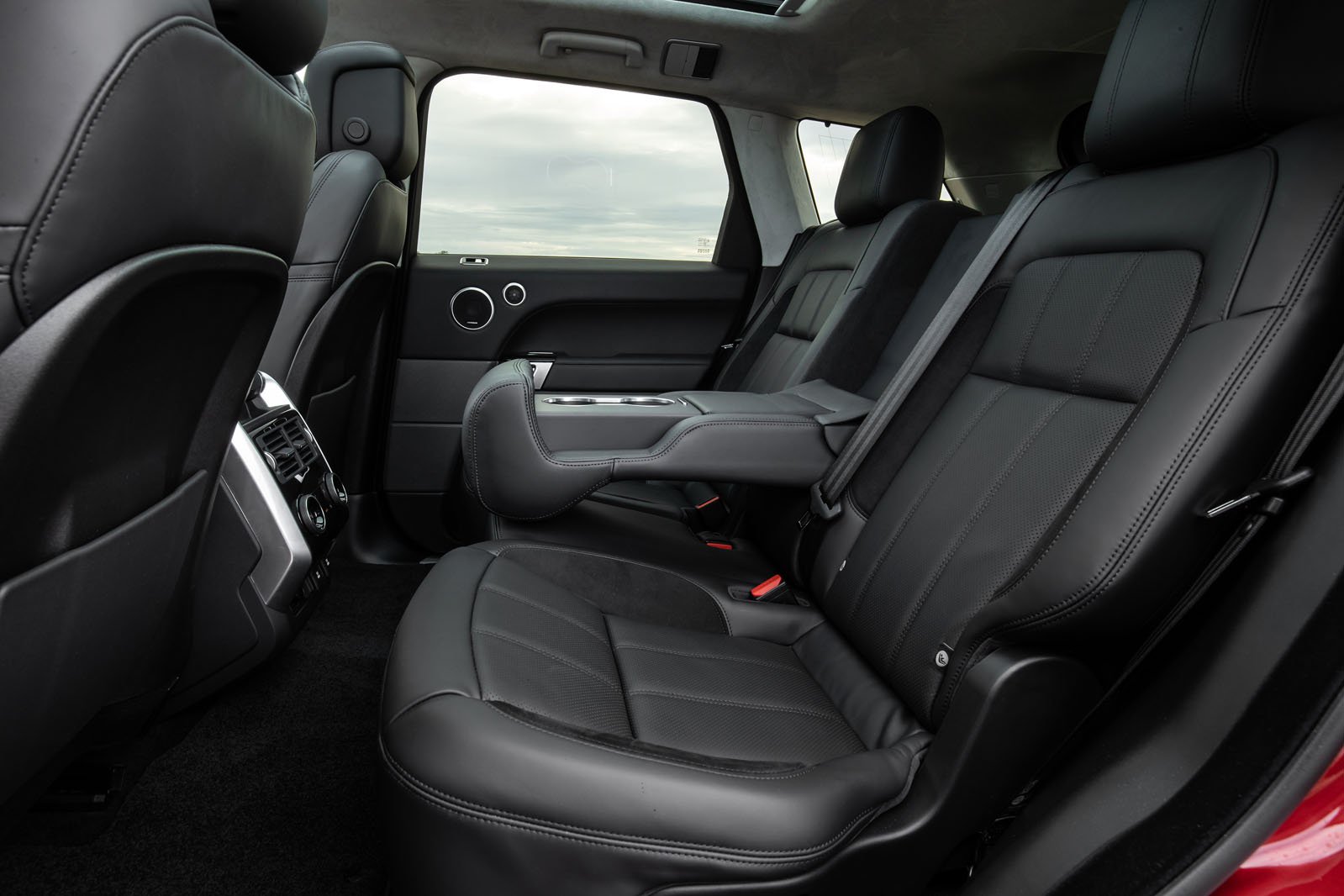 The second-row seats slide forwards and backwards, as well as reclining to several set positions. The two outer seats can be tilted forwards just enough to let passengers step past to reach the optional third row of seats but, annoyingly, don't revert back to their upright positions by default.

The third-row seats, if fitted, can be raised and lowered individually with buttons at the rear doors and just inside the boot opening. It takes a while for the electric motors to get the seats up or down.