Without a turbocharger, the Mazda 3's entry-level 2.0 e-Skyactiv G petrol engine produces 120bhp. That's about the same as the 1.0-litre turbocharged petrol engines you get in rivals like the Ford Focus and Skoda Octavia. with the latter feeling a little more flexible in the mid range. The 3's engine still has enough shove to keep up with the traffic, and in our tests, proved to be quicker from a standing start than a 1.0-litre Kia Ceed or Skoda Scala – 0-60mph took a creditable 9.4sec.

The VW Golf and Toyota Corolla are at the top of the tree, while the Skoda Scala also proves more supple when the going gets rough. On the plus side, the 3 is well tied down, so you and your passengers won't be bouncing out of your seats along rolling country roads.

To make the best of the 3's ride, stick with the smallest 16in wheels (standard on SE-L and SE-L Lux) rather than the 18in wheels and low-profile tyres that come as standard on Sport Lux and above. 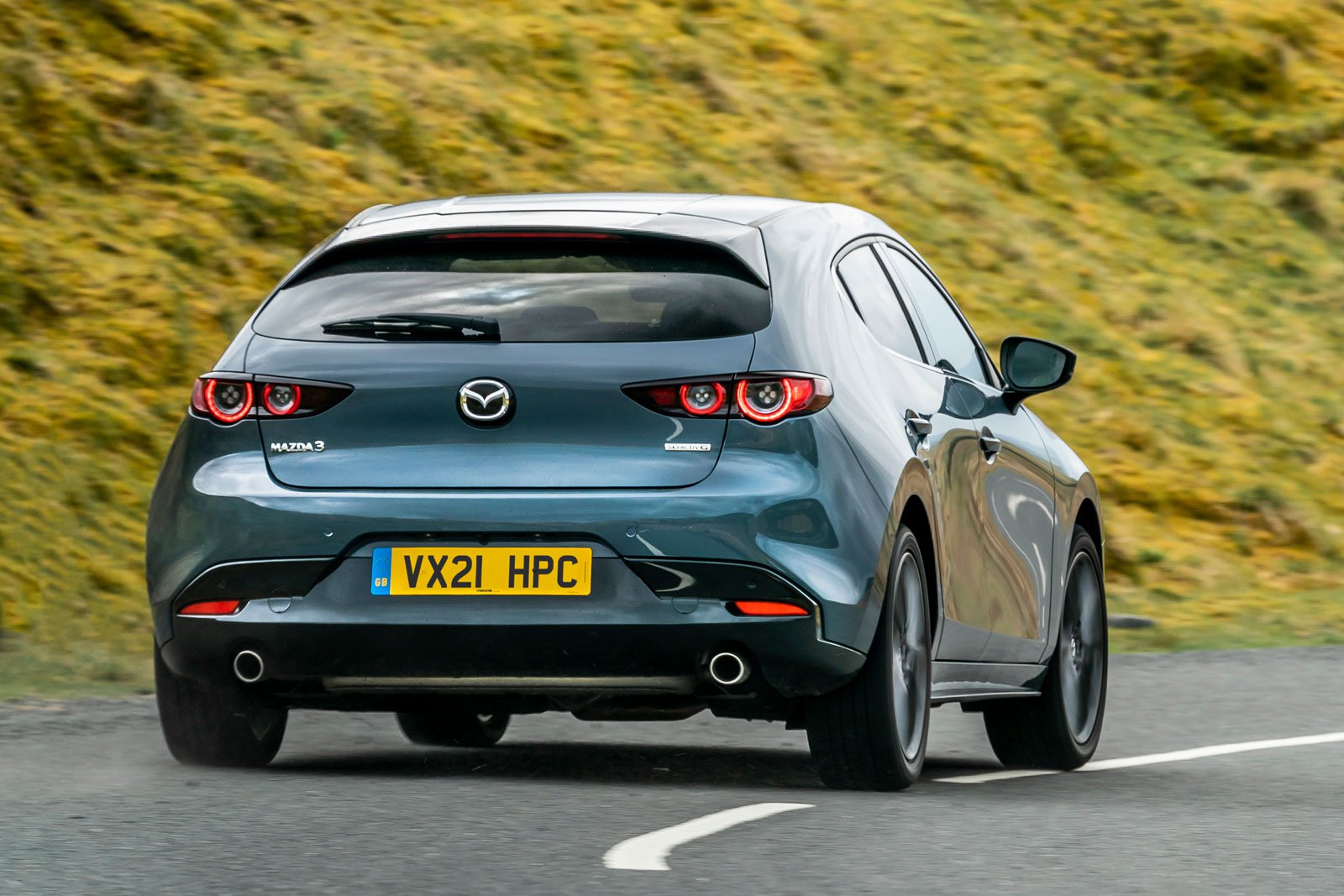 Does that firmer ride pay off when it comes to handling agility? Well, the Mazda 3 doesn't sway about as much as the Kia Ceed when sweeping quickly through a left-right kink in the road, giving it a sense of nimbleness.