The MG HS’s 1.5-litre petrol engine (badged 1.5 T-GDi) is flexible enough in normal driving, but the smaller 1.2-litre petrol in the Citroën C5 Aircross picks up quicker from low revs. That said, the HS is pretty brisk when you work the engine really hard, chalking up a 9.0sec 0-60mph time on our damp test track.

If you want something quicker, the plug-in hybrid version is a different ball game. Its claimed 0-62mph time is 6.9sec – which is faster than the Ford Kuga PHEV – and it certainly feels lively everywhere from urban settings to motorways. It'll run on electric power alone, and while it's a lot slower in electric mode, it's fine for tootling along. The official WLTP range is 32 miles, just shy of the Kuga's 35 miles.

The non-PHEV version's optional seven-speed dual-clutch automatic suits a slower driving style. If you've got a light right foot, it's smooth when pulling away from a standstill or changing gears, but when you try to pull away quickly, the HS lurches forward clumsily. That's not an issue that the Plug-in’s 10-speed auto suffers from.

The non-PHEV petrol HS’s suspension strikes a good balance between ride comfort and handling prowess. The ride isn’t as pillow-soft as in the C5 Aircross, but it takes the sting out of most potholes and pimples. It deals pretty well with undulating road surfaces too, with only a small amount of float occasionally.

The HS is certainly more comfortable than some versions of the firmer-sprung CX-5, but that firmer ride does make the CX-5 a more agile SUV. Even so, the HS has less body lean and better-weighted steering than the roly-poly C5 Aircross. The HS’s brake pedal also proves easy to modulate, whether in start-stop traffic or pulling up from higher speeds.

The Plug-in is a different animal. While the ride is still mostly smooth over gentler bumps and is settled at motorway speeds, there's a fair thump when you hit something sharper or more substantial. The extra weight of the battery also affects the handling, with significantly more body lean and less grip. The Kuga PHEV is a much sharper-handling and more comfortable PHEV SUV. 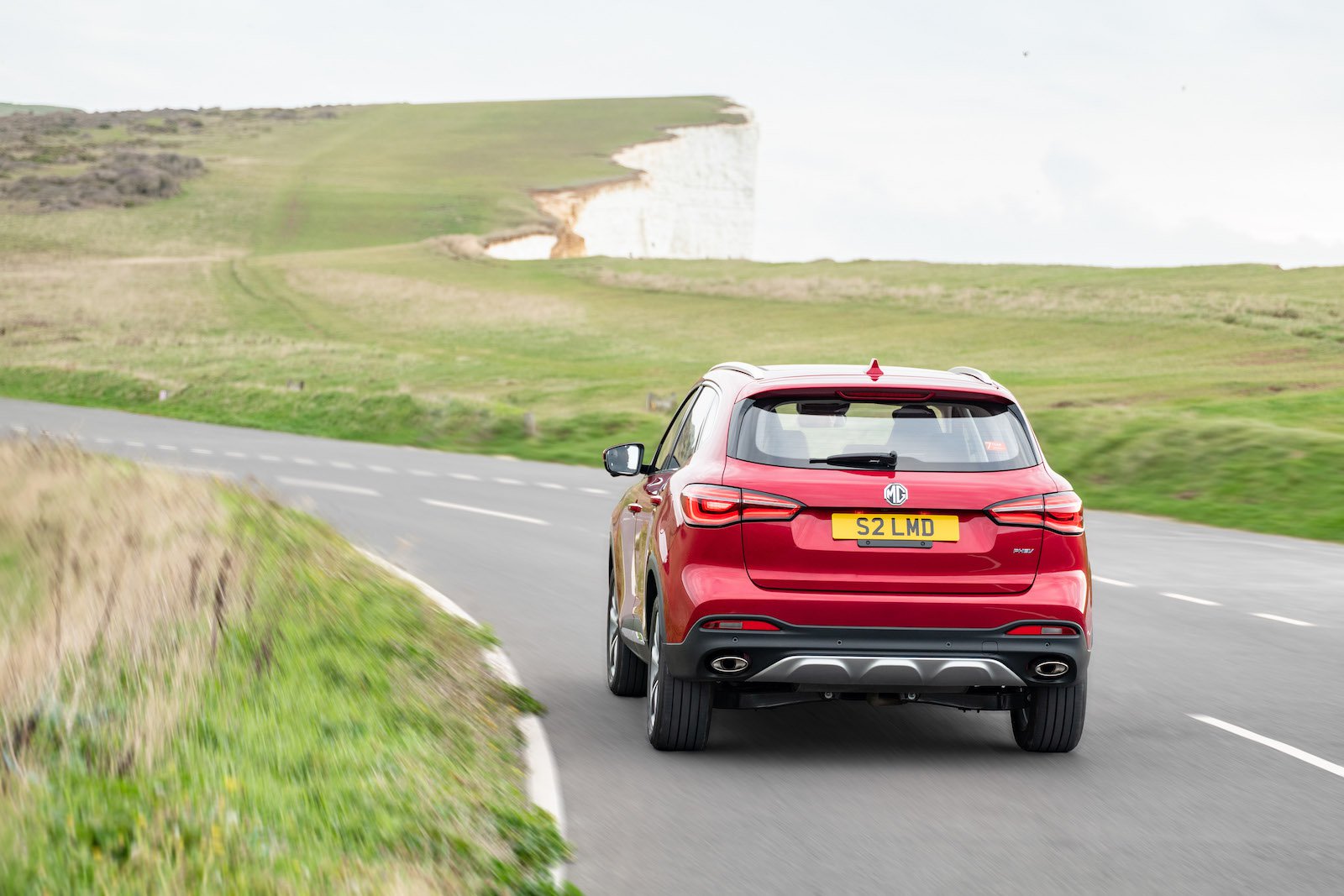