The 12,000 Picanto Quantum is a well equipped but rather expensive special edition of Kia's city car, and it's up against some very strong comepetition... 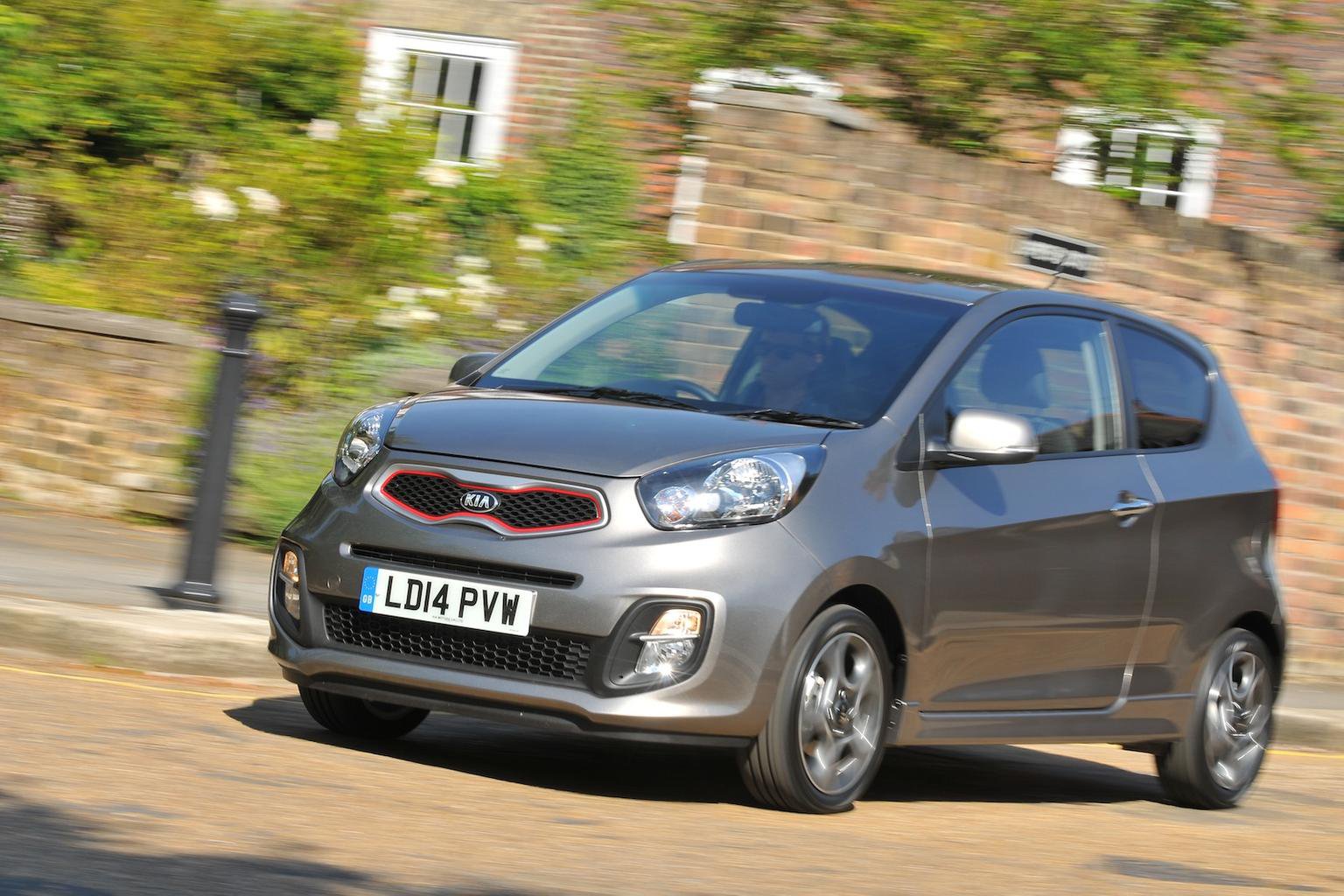 Like many cars in Kia's broad line-up, the Picanto city car is available in a range of special editions. The most recent to arrive (and the most expensive) is this, the new Quantum edition.

It's available exclusively as a three-door, and there is only one engine to choose from, Kia's 1.25-litre naturally aspirated petrol engine. You do get the choice of a manual or automatic gearbox, though.

Outside, the Quantum gets sharper styling than standard Picantos and a unique Titanium Silver paint job, while in the cabin there's a more upmarket feel than in the standard car. The Quantum's list of standard equipment is impressive, including a variety of features usually seen on cars from the class above.

The city car class is stronger than ever, though, and with tough competition from the likes of the Hyundai i10 and Volkswagen Up, does a Picanto Quantum really make more sense?

It's a good thing that the Quantum is restricted to Kia's 1.25 engine, because it's nicer to live with than the noisy and gutless three-cylinder 1.0-litre engine available elsewhere in the range.

It's by no means powerful, but its free-revving nature and eager responses mean there's none of the flatness at low revs that aflicts the 1.0 version. That said, it still needs to be worked hard to make decent progress, especially on hills and when you're building up speed on motorway slip roads.

Unfortunately the 1.25 makes just as much of a racket as the 1.0 when pushed, sounding boomy in the cabin at high revs. The manual Picanto's notchy gearchange also frustrates, but at least there's none of the vibration through the wheel and pedals that you get in the new Citroen C1 and Toyota Aygo.

City cars are rarely the last word in dynamism, but the ability to nip into and out of traffic is still important. The Picanto controls its body well in tight turns, and its light steering helps make low-speed manoeuvres easier. However, its steering is also slow and vague, which makes it feel far less agile than a Skoda Citigo or Volkswagen Up.

The Picanto's ride is more accomplished, even on the Quantum model's relatively large standard 14-inch alloy wheels. Large obstacles such as speed bumps and sharp-edged potholes rarely thump or crash into the cabin, even if broken surfaces tend to jostle those inside about a bit.

At a steady motorway cruise, the ride remains comfortable, but as the engine fades into the background there's too much wind noise around the windscreen and mirrors.

Aside from a smarter, higher quality of cloth for its seats, the Quantum is identical to any other three-door Picanto. That means the steering wheel adjusts only for height (not reach), but tall drivers should still be able to find a comfy driving position, because the driver's seat has a wide range of height adjustment and slides back far enough to accommodate all but the longest legs.

All-round visibility is also good, making tight parking manoeuvres more manageable. The front of the Picanto's cabin provides the driver and passenger with plenty of space to stretch out, but rear head- and legroom in three-door versions are some way behind those in Hyundai's i10. The Kia's rear bench is also flat and provides very little support. Access to the rear of three-door Picantos is tighter than rivals', too.

The Picanto's boot can carry up to 200 litres, so while a family's weekly shopping may prove too much, a couple of weekend bags will fit. Should you need more room, its seats split 60/40 and fold down, but they lie at an angle and leave a large step in the boot floor.

Again, a Hyundai i10 and Volkswagen Up both have much more spacious boots – rear seats up or down – and unlike the Picanto the VW's standard height-adjustable floor leaves a totally flat surface.

The Picanto's dashboard feels well made, with plenty of dense plastics, and the air-con system is controlled by large, clear buttons and dials. The stereo is simple to use, even if sound quality is poor, but don't expect a touch-screen infotainment system like you'd find in a range-topping Volkswagen Up.

There are areas in which the Kia Picanto Quantum performs well: namely its forgiving ride and its long list of standard equipment.

At £11,995 for the manual Quantum and £12,595 for the automatic version, though, the Quantum looks expensive for not only a Picanto, but also a city car.

A top-spec Hyundai i10 1.2 might not be quite so sharply styled, and misses out on some of the Quantum's generous kit, but it is nearly £1150 cheaper to buy, has an even smoother ride, and is bigger inside.

It's a similar story with Volkswagen's Up, which as a three-door in High Up trim costs £650 less to buy. It is also considerably better to drive, classier inside and again more spacious and practical than the Kia.

More importantly, though, 90% of city car buyers buy on finance, and unfortunately the Picanto Quantum still struggles to compete. Enter in to a three-year PCP deal, limited to 10,000 miles a year with a £1000 deposit, and the Picanto is  £26 a month more expensive than an i10 and £16 more than an Up.

So, all versions of the Picanto are difficult to recommend over their rivals, and this range-topping Quantum is impossible.