How does the 6 Series’ successor compare with its grand touring rivals?... 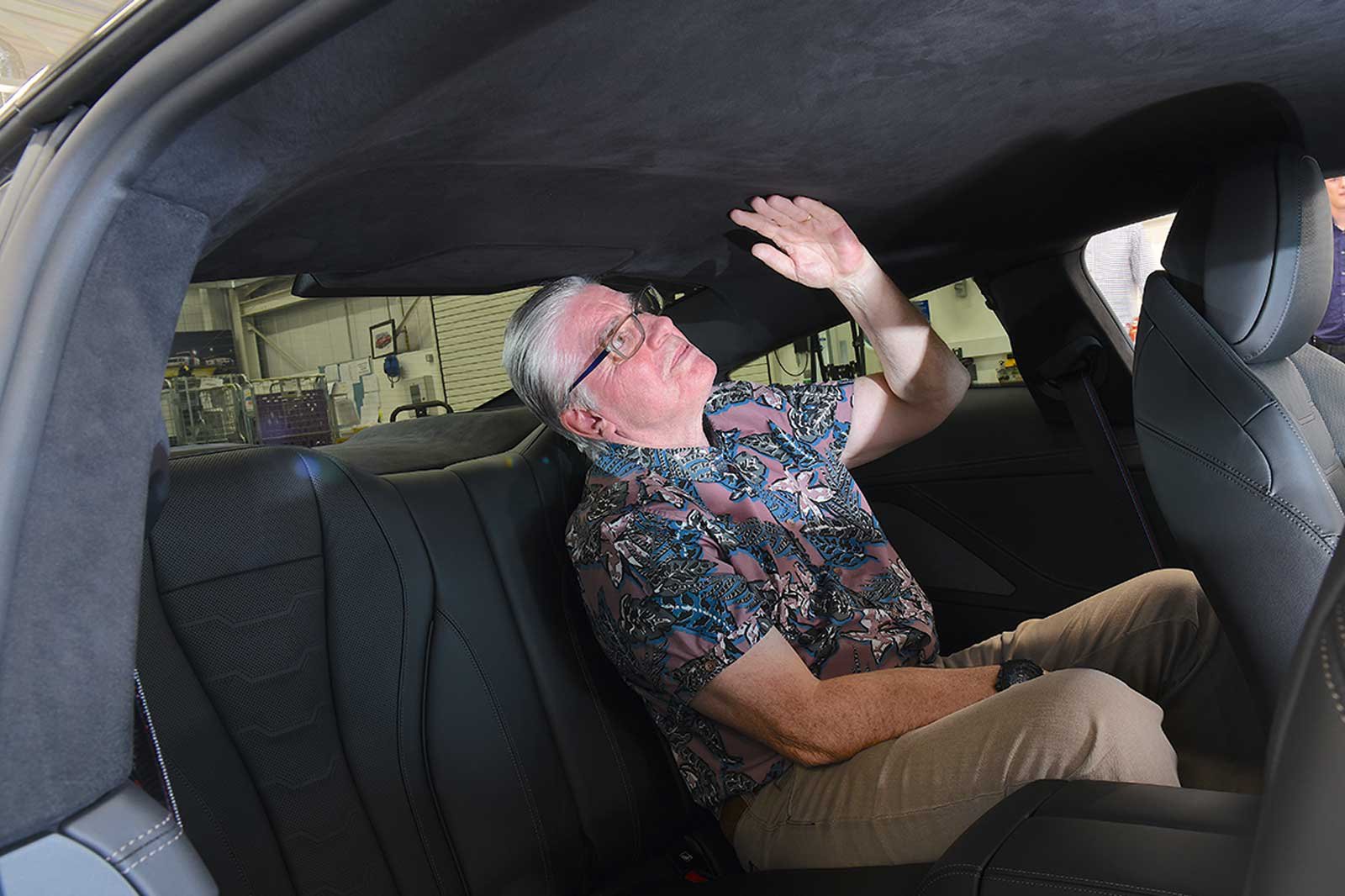 “The old 6 Series is a brilliant car. I’ve had mine upgraded by [tuning firm] AC Schnitzer, with more power and lowered suspension, so I’m excited that the 8 Series is sportier and much more powerful than the 6 Series.

“You can see this car is sportier from its design. The rear end looks great, and I can see shades of the Nissan GT-R supercar.  However, while it would certainly go up against the Aston Martin DB11, I think the Porsche 911 is built for a different market.

“I’d be going for the M850i petrol or M8 performance model [which is due late next year with a 600bhp twin-turbo V8]. I’m glad four-wheel drive is standard; I’ve tried another xDrive BMW on a wet racing track and found the traction to be incredible. The 8 Series’ standard eight-speed automatic gearbox is right up my street, too.

“Comfort isn’t one of my main priorities, but it is one of my wife’s. Thankfully, there’s plenty of head and leg room in the front seats, although adults won’t want to sit in the back.

“The dashboard doesn’t wrap around the driver’s seat quite as much as in the 6 Series, but the new touchscreen infotainment system is great; it’s very easy to use.

“While there has been a big price increase over the 6 Series, I think that’s been justified.” 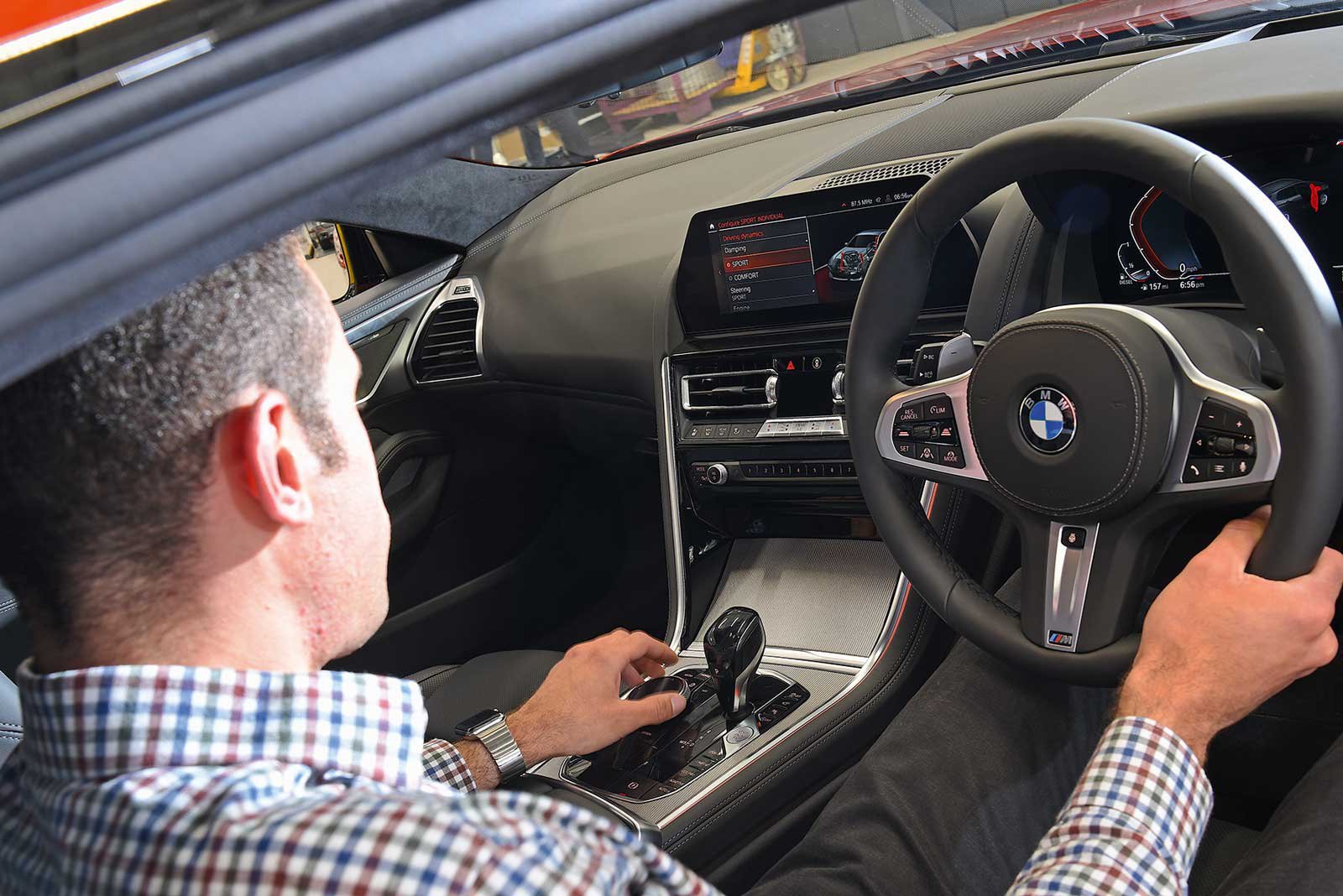 “I’m looking for a larger coupé to replace my TT, because I do quite a lot of motorway miles for work.

“I’ve had a look at the Audi A5 and Mercedes E-Class Coupé, but the 8 Series is stunning; it’s much more aggressive and sportier than the old 6 Series.

“That said, I imagine it will still be a very good cruiser. Even the diesel, which I’d go for, has a 315bhp six-cylinder engine.

“The driving position is great, with good adjustment, and the seats are comfy and supportive. I also like the fact that all the key areas, including the dashboard, are covered in leather. There isn’t a single cheap material in sight.

“BMW’s new 12.3in digital instrument display looks great, and the latest iDrive system is as intuitive as ever and has all of the functions I’d want.

“In a mile-muncher like this, you expect all of the latest safety systems, so I’m pleased that adaptive cruise control is offered.

“I’m 6ft 3in tall yet have lots of head and leg room in the front. However, there’s hardly more space in the rear than in my TT.

“But the only thing I really dislike is the fake exhaust exits. Otherwise, this car is spot on.” 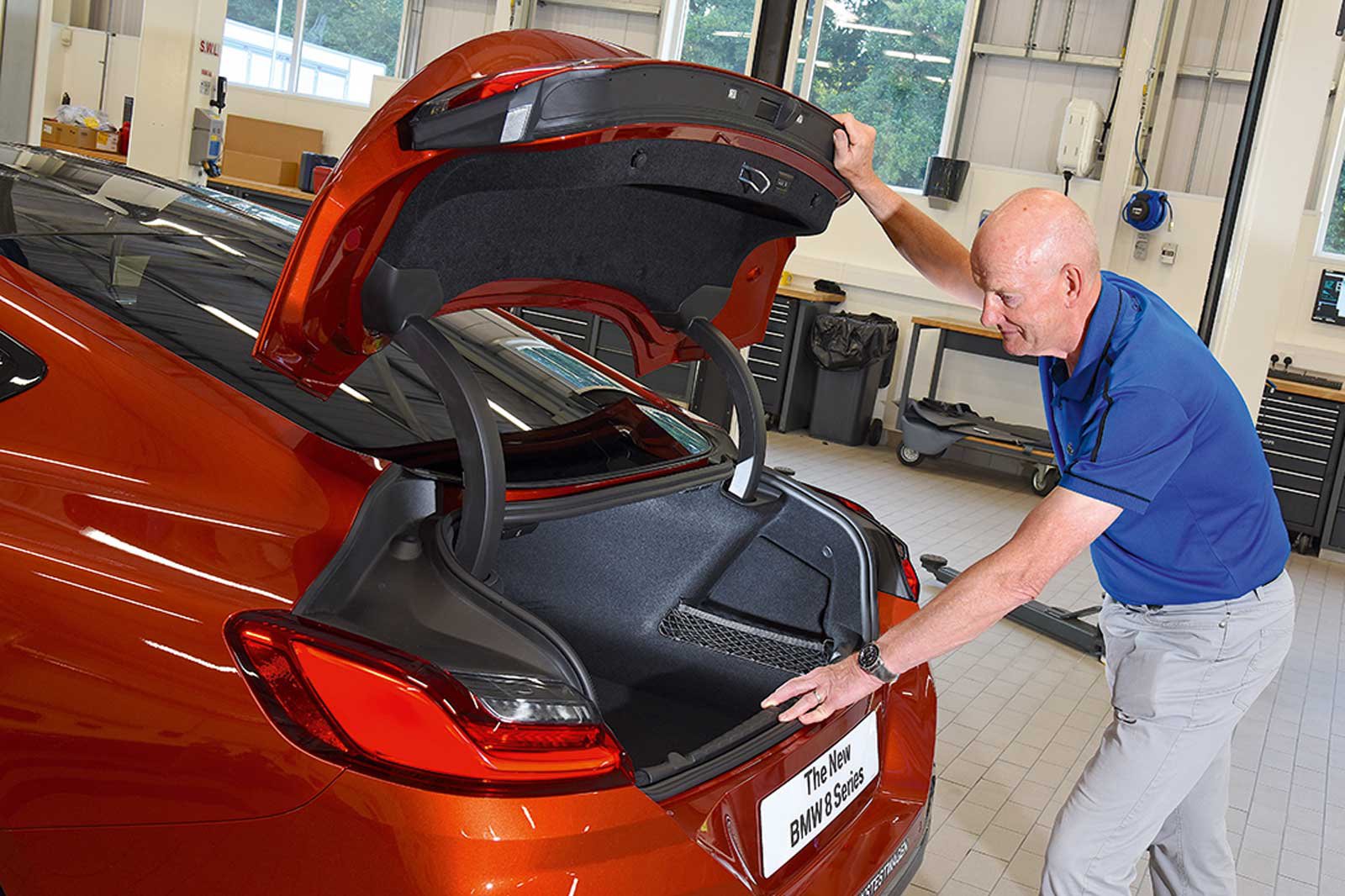 “The 6 Series was one of BMW's prettiest cars, and the 8 Series is a development of that. It has a sportier design, with a more aggressively styled grille and bolder haunches at the back.

“The M850i’s huge power is very impressive, but I’d stick with the 840d, because I really like the diesel engine in my 6 Series; it’s powerful and smooth and works well with the automatic gearbox. So I expect that of the 8 Series.

“Perhaps it’s an age thing, but I hope that BMW has prioritised ride comfort over handling – although I still want the car to be more agile than average.

“The 8 Series is very comfy inside; the front seats aren’t cramped at all. And visibility is very good, especially rearward.

“The boot is large for a car like this. It’s relatively deep, although it is narrower than the 6 Series’.

“The 6 Series’ interior is already gorgeous, but the 8 Series’ is a quantum leap on from that, especially in terms of technology.

“I’d consider this car against the 911 and Mercedes SL, but I do have an affinity with BMW. The issue is price, especially as discounts won’t be anywhere near as big as they were on the 6 Series.”