Mazda is aiming to enter the premium ranks with its all-new £20k family hatchback. Our readers give their verdict... 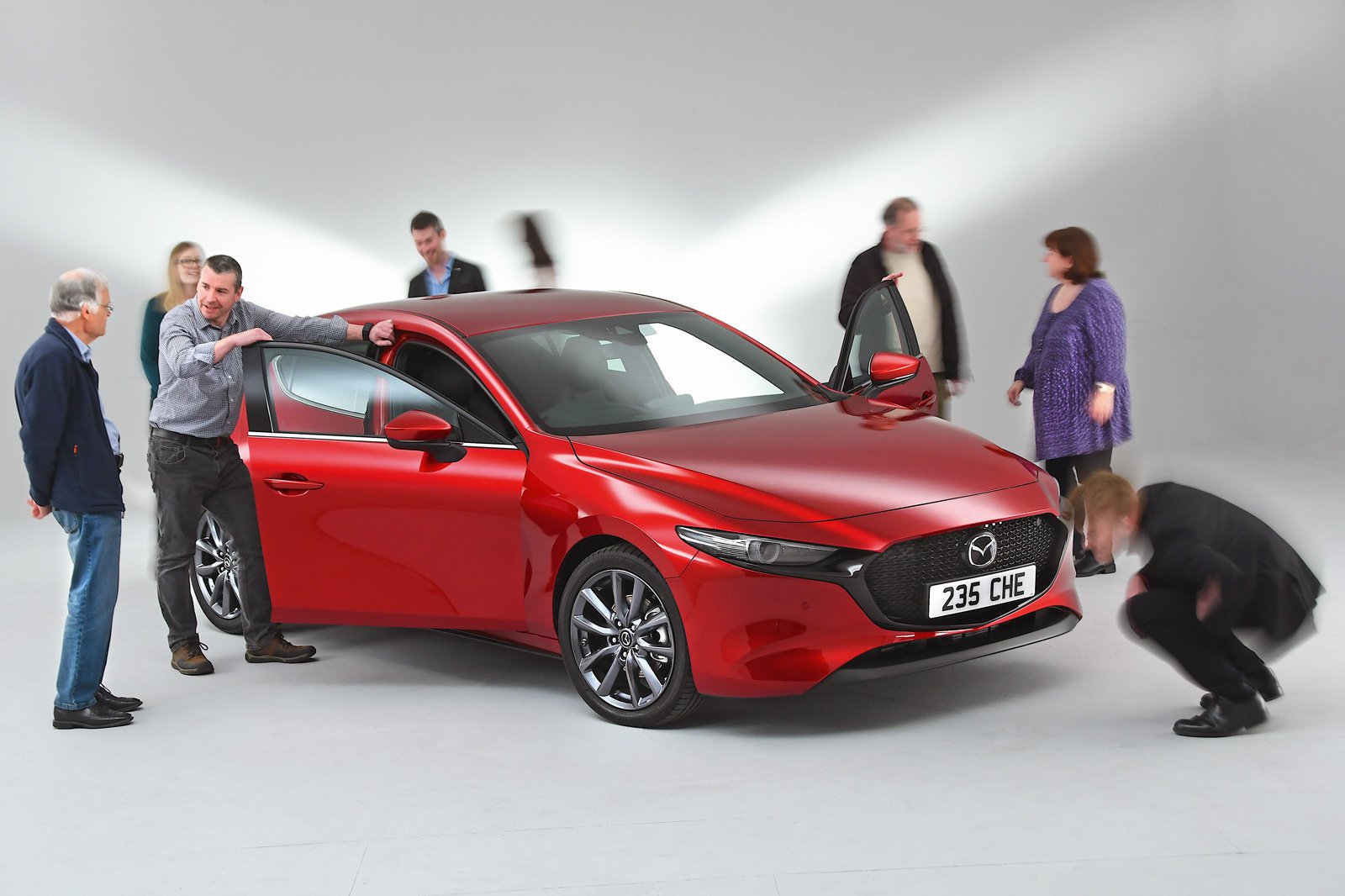 Mazda has long had a design philosophy: jinba ittai, which translates to ‘horse and rider as one’. That’s why its new family hatchback, the 3, has a driver-centric interior design, with a sporty driving position, seats designed to maintain natural posture and a rotary dial, not a touchscreen, for operating the infotainment.

The Japanese firm also puts enormous emphasis on design, and it’s walking a path of its own by going for simple lines and smooth surfaces – coated in special paint that produces strong contrasts in light – rather than the aggressive, sporty designs of many competitors.

On the mechanical side, the 3 sits on new underpinnings designed to improve handling, ride and refinement and introduces not only mild hybrid engines but also a petrol unit that uses diesel technology to improve efficiency.

Is all this enough to tempt people away from the likes of the Mercedes-Benz A-Class? Let’s see. 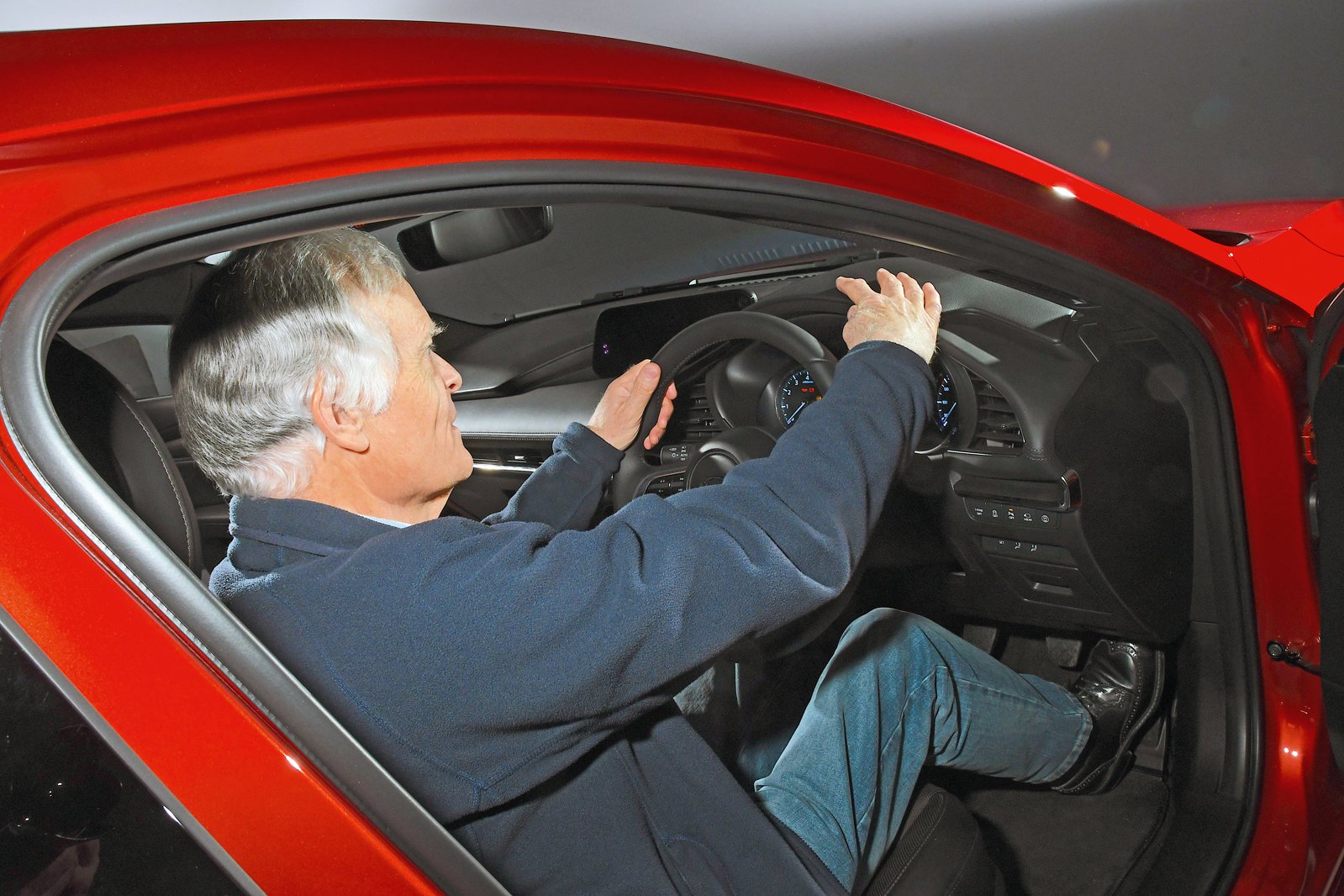 “The new 3 looks much more ‘individual’ than the Ford Focus and its German rivals. It has no creases, yet it doesn’t look at all bland, partly because the light’s effect on the paint creates lines.

“Also, it can be had in a high spec for a reasonable price, unlike rivals, which put many of their desirable features in option packs.

“I’m a fan of adaptive cruise control, plus the 3 has traffic sign recognition, so it will warn you if you’re breaking the speed limit. Furthermore, having the head-up display on the windscreen, rather than a plastic panel, is far better.

“Fit and finish are extremely good; the panel gaps on the doors and bonnet are very tight and the materials inside feel upmarket.

“With petrol and diesel tech combined, the Skyactiv-X engine should be revolutionary. That it isn’t turbocharged also ought to mean you get linear power and torque delivery. The 3 also has a rev-matching function for both upshifts and downshifts, making it even easier to drive smoothly.

“However, I’m disappointed to hear it has gone back from fully independent rear suspension to a [less sophisticated] torsion beam set-up, because you would expect that will create a less supple ride.”

Next: Three more readers give their verdict >