Everything you need to know about the new, second-generation Audi A3 saloon, which arrives with new tech and new engines...

It’s a simple formula, really. Take one family hatchback, give it a swoopier roofline and an extended tail, and et voila – you have a stylish new executive car.

In this instance, the result is the Audi A3 Saloon, which is based on the recently launched A3 Sportback and a rival to the likes of the BMW 2 Series Gran Coupé and Mercedes A-Class Saloon. 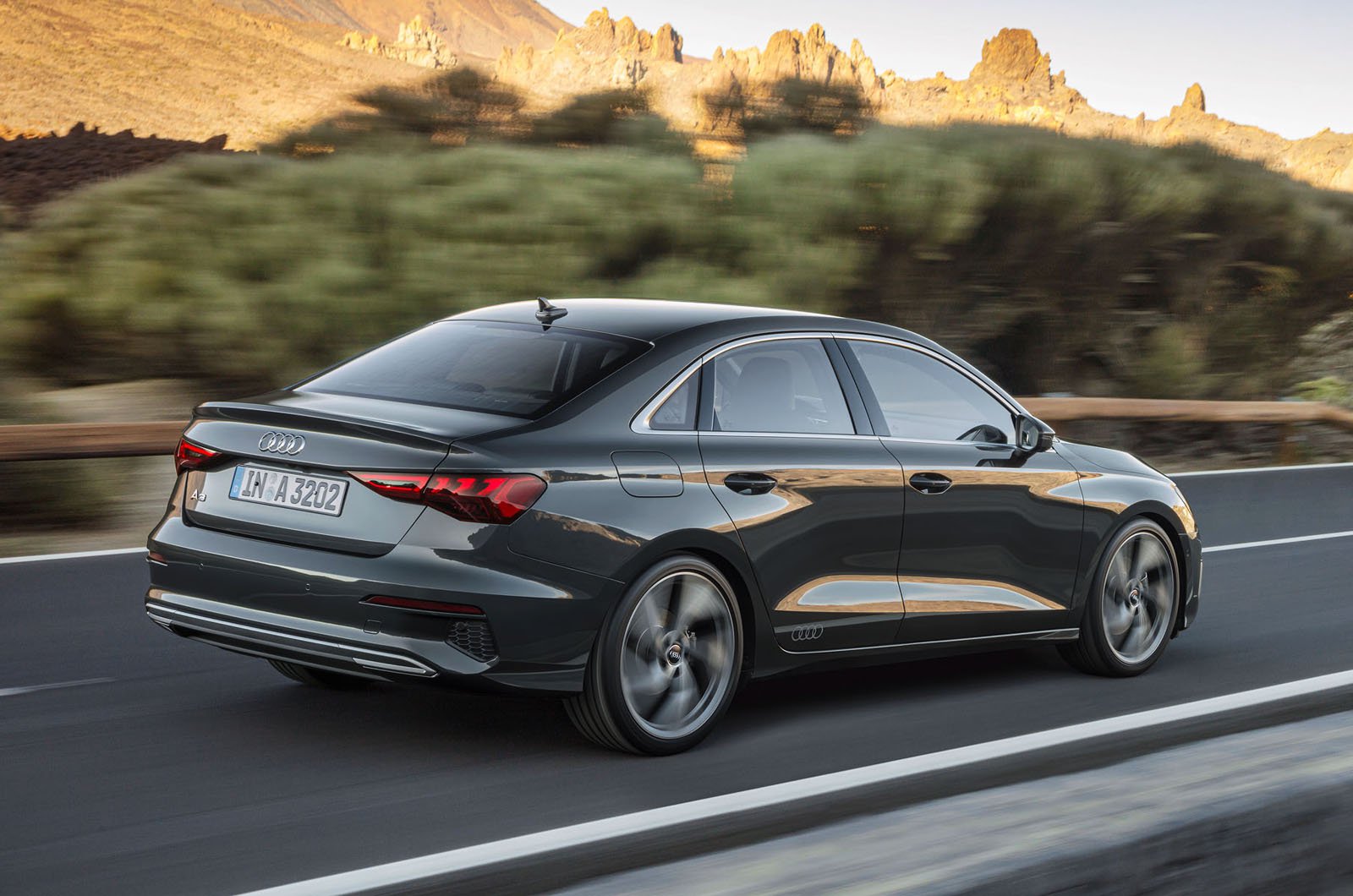 2020 Audi A3 Saloon space and interior

The new A3 Saloon is longer, wider and taller than its predecessor, which is said to create an extra 2cm of head room in the front and more elbow room. However, boot space remains unchanged, at 425 litres; that’s virtually identical to the capacity of the A-Class Saloon.

The dashboard is a carbon copy of what we’ve already seen in the A3 Sportback, with a culling of many physical buttons as well as the old car's rotary-controlled infotainment system. In its place comes a 10.1in touchscreen, which is one of the best systems of its kind, but still a step backward in terms of driver distraction.

On the up side, you still get separate, physical controls for the air-con. Plus, there's an excellent 10.25in digital instrument display, which allows you to put a wide range of information directly in front of you. 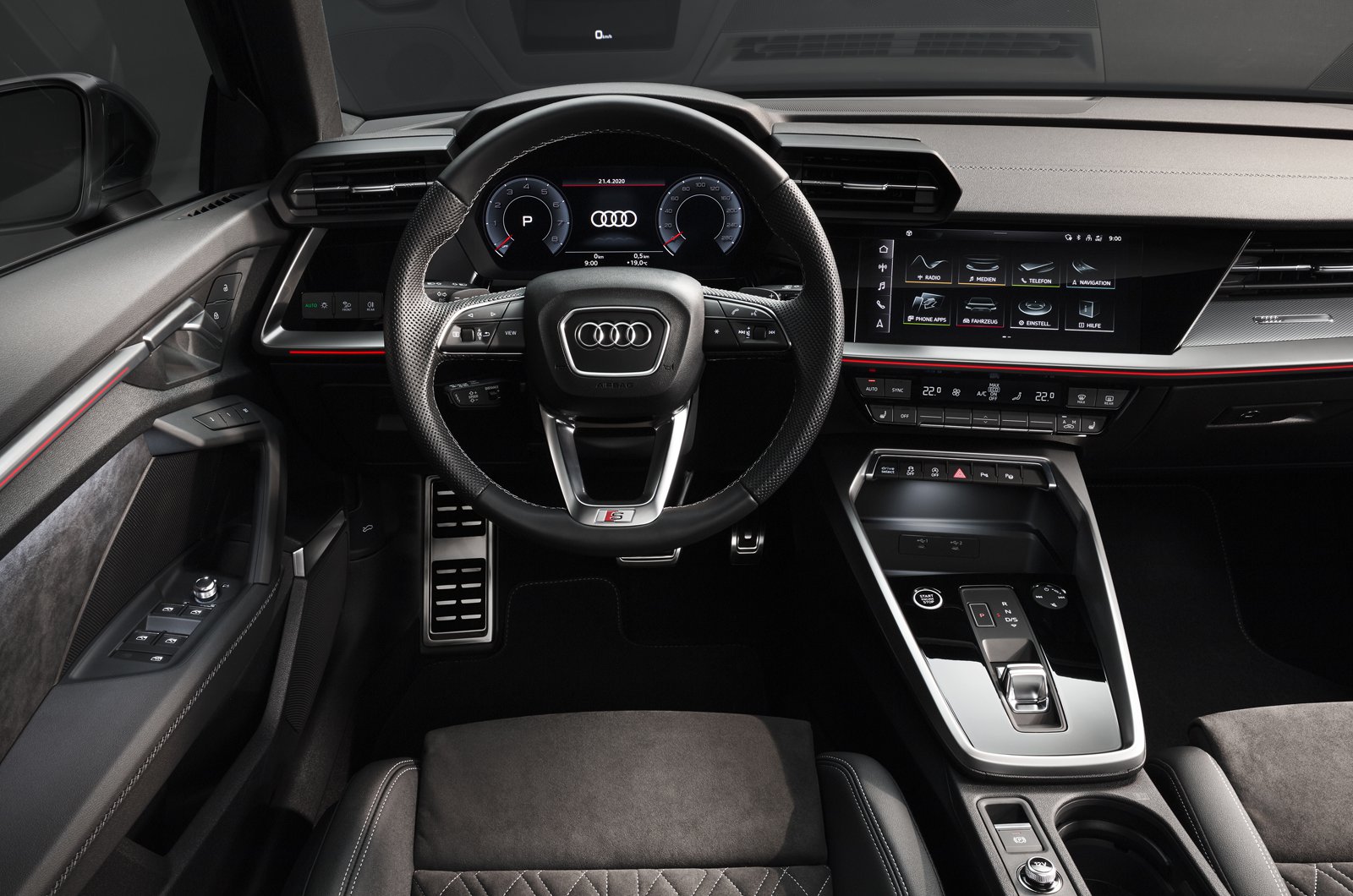 Other minimalist features include a round, sensory volume controller that reacts to circular finger movements – but that's not as easy to use as a traditional knob. And for those models with an automatic gearbox, there's a new, stubby shift lever which sits in a black gloss surround – similar to what you get in the new Volkswagen Golf and some Porsches.

Meanwhile, on the outside you get digital daytime running lights, made up of 15 LEDs. Different versions of the A3 Saloon will have these in different configurations, to give them distinct 'light signatures'.

The standout engine is the 35 TFSI. It’s a 148bhp 1.5-litre turbocharged petrol, which is available with mild hybrid technology to improve efficiency when pared with Audi’s S tronic seven-speed automatic gearbox. Indeed, while auto cars are usually thirstier than manuals, here the official fuel economy and CO2 emissions are virtually identical to those of the six-speed manual.

In addition to the standard suspension, there's a firmer setup for the sportier looking S line models. However, while adaptive suspension which allows you to adjust the firmness of the ride will be available in some parts of Europe, it won’t be coming to the UK. 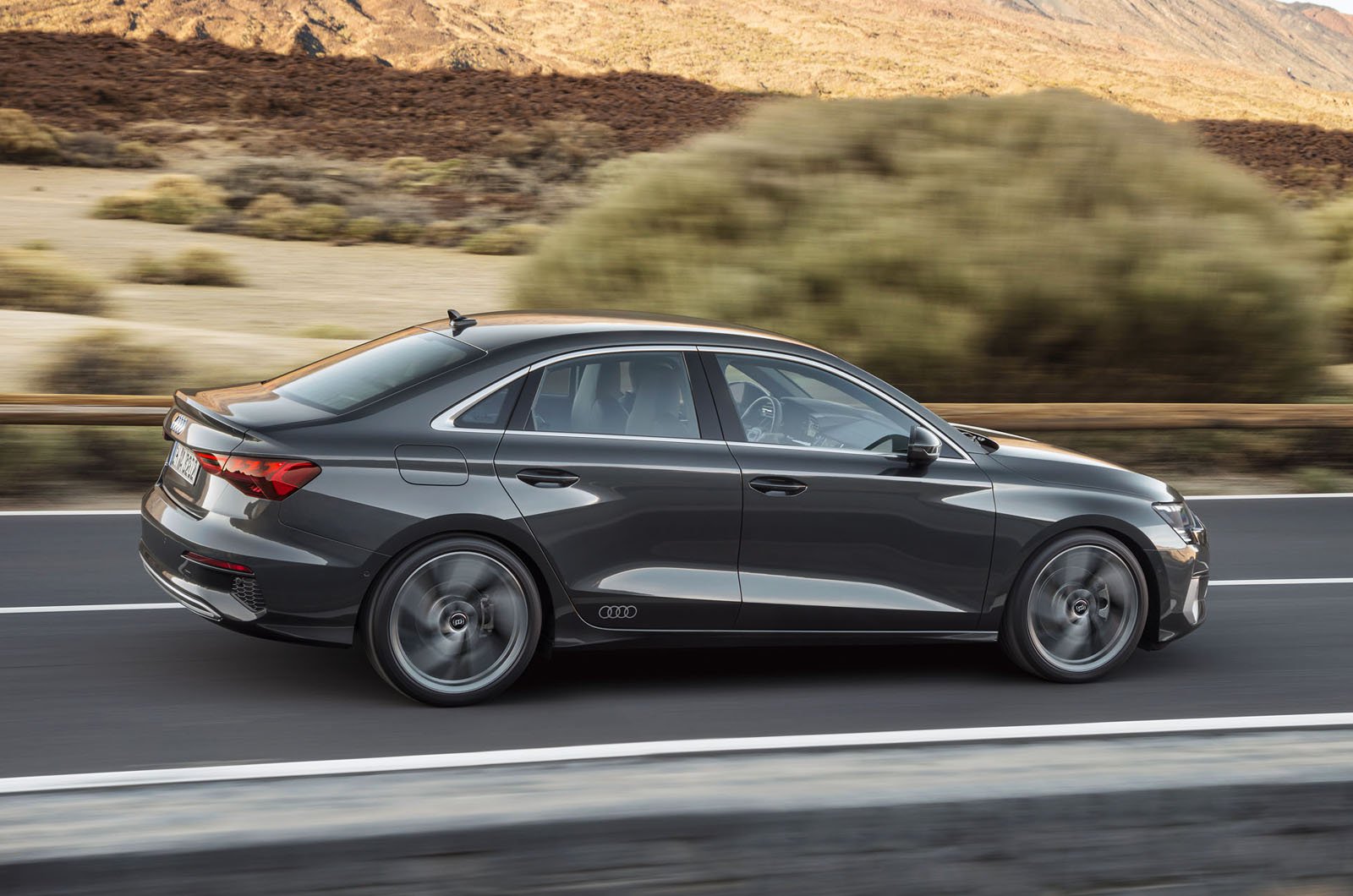 2020 Audi A3 Saloon equipment and price

It means the A3 Saloon carries a premium of only a few hundred pounds over the A3 Sportback, but is also a tad more expensive than an equivalent A-Class Saloon.