More for you |
Big savings on our Car of the Year Awards winners2020 new car sales revealed: who were the winners and losers?Top 10 used SUVs for less than £10,000Used test: BMW 1 Series vs Mercedes A-ClassNew Dacia Bigster large SUV – what we know so far
Home
Feature
Audi A3 Sportback vs BMW 1 Series vs Infiniti Q30: What are they like inside?
feature

Audi A3 Sportback vs BMW 1 Series vs Infiniti Q30: What are they like inside?

The new Infiniti Q30 is based on the Mercedes A-Class and built in Britain. But is it good enough to beat the Audi A3 Sportback and BMW 1 Series?... 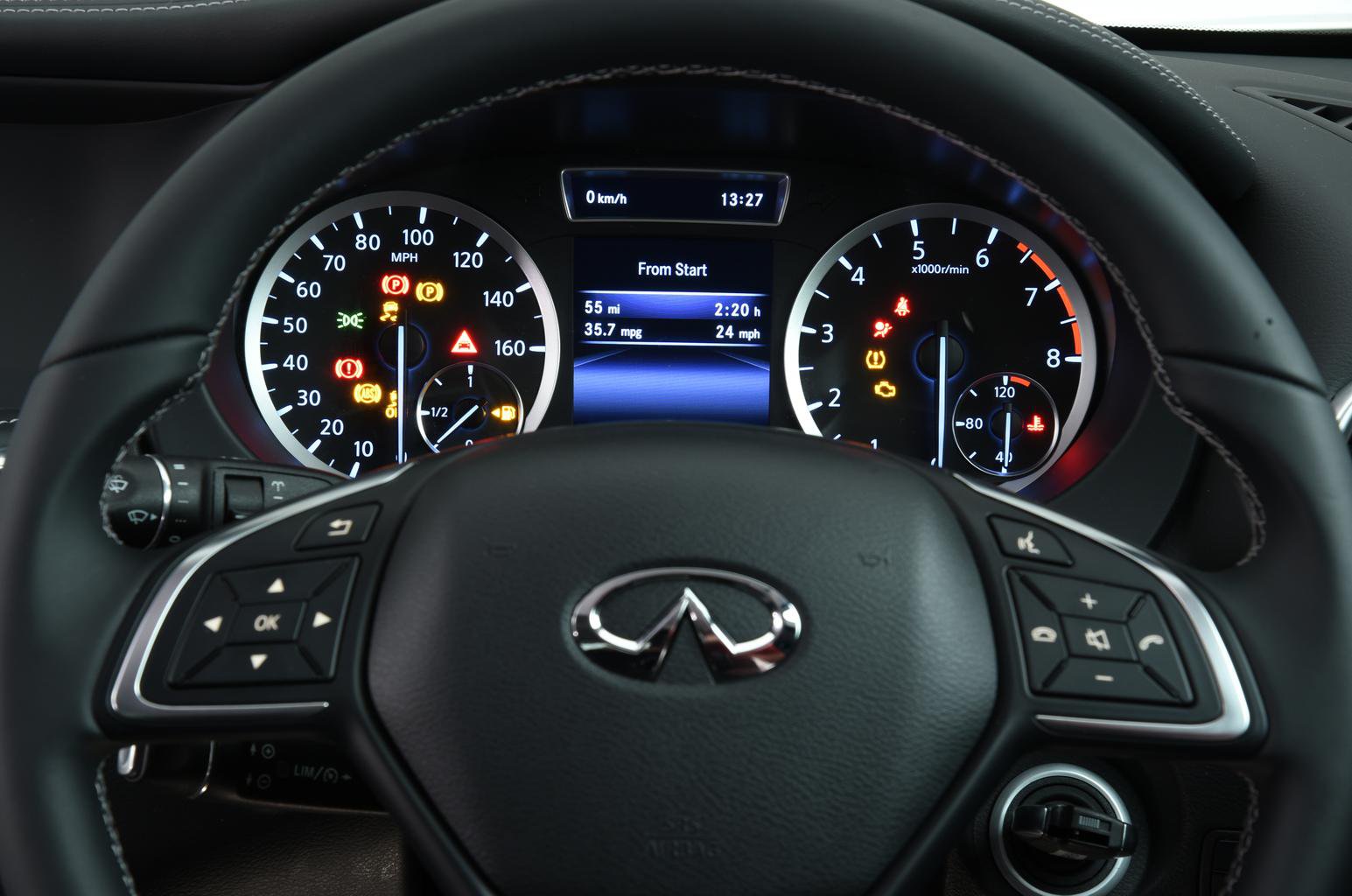 The Infiniti Q30’s interior is smart enough with its leather-look dashboard and chrome highlights, while the Mercedes-sourced buttons and switches feels suitably robust. The BMW 1 Series feels slightly more upmarket inside, though, while the Audi A3 is better still; all of its controls operate with a precision absent in its rivals, and the quality of the interior materials is better than those found in most executive saloons.

For ease of use, the A3 and 1 Series are tough to fault. All of the important controls are at your fingertips, whereas some of the Q30's aren’t as well sited; the air-con switches are behind the gearlever, for example.

With height-adjustable driver’s seats and fully adjustable steering wheels across the board, each car serves up a decent driving position. Being picky we’d prefer it if the Q30’s seat dropped slightly lower, while both it and the 1 Series suffer with offset pedals that force you to sit at a slightly uncomfortable angle.

The standard sports seats in the 1 Series are the most figure-hugging, but the A3’s are pretty supportive, too. By contrast, the Q30’s seats don’t offer enough side or under-thigh support, although Infiniti is the only one to provide adjustable lumbar support as standard. 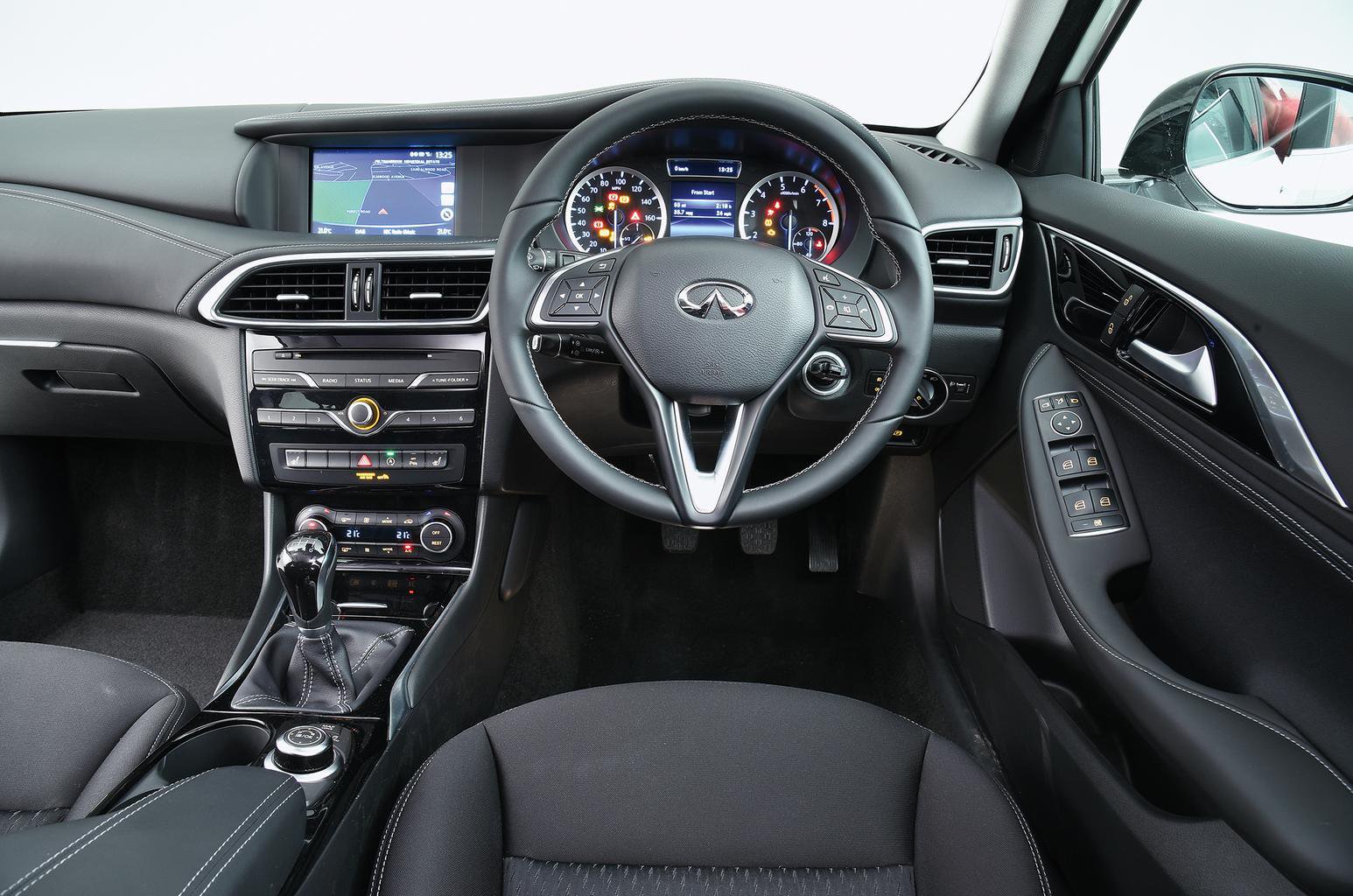 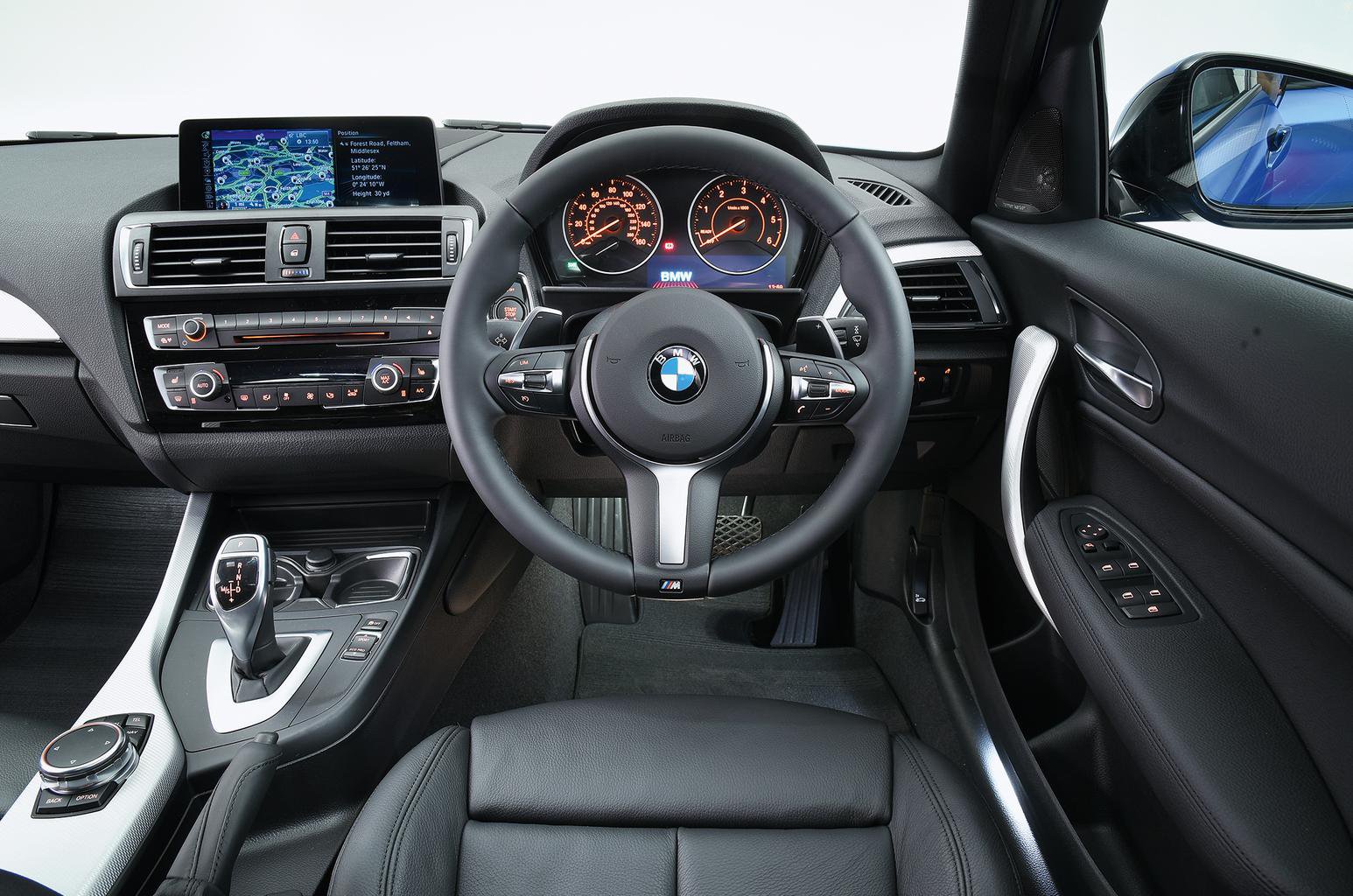 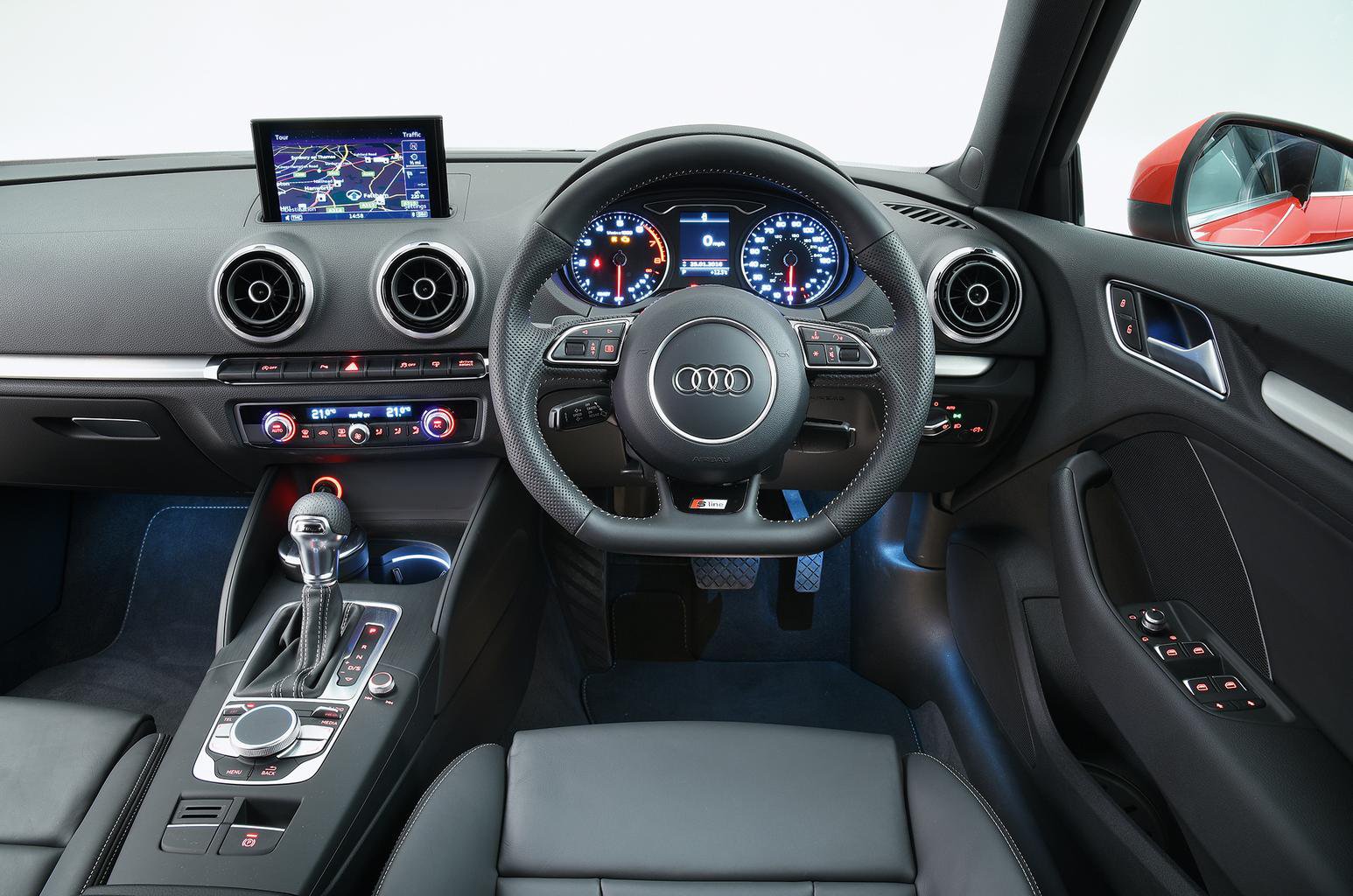 The Q30 is also the only car here with rear parking sensors; that’s good because its over-the-shoulder visibility isn’t the best. Reversing sensors are optional on the A3 and 1 Series, but they aren’t quite as necessary, particularly in the A3 due to its larger rear window.

All three cars have enough space up front for two six feet tall adults, but there are differences. The Q30 has the least head room, partly due to the optional panoramic glass roof fitted to our test car, while the 1 Series has the most leg room.

Swap to the back seats and there’s just enough space for two tall adults in the A3 and 1 Series, but not in the Q30. Leg and head room are poor, and the tapering side windows make it feel claustrophobic.

As compensation, the Q30 has the biggest boot if you include the underfloor storage area, while the 1 Series has the smallest and most awkwardly shaped load bay. That said, the Q30 has the narrowest boot, so fitting in longer items with the rear seats up will be more of a challenge. Overall, the A3 has the best boot; it’s wide, well shaped, and has a height-adjustable floor.

Split-folding rear seats are standard across the board, and with the seats folded down all three cars offer virtually flat extended load areas.