Audi A3 Sportback vs BMW 1 Series vs Infiniti Q30

The new Infiniti Q30 is based on the Mercedes A-Class and built in Britain. But is it good enough to beat the Audi A3 Sportback and BMW 1 Series?... 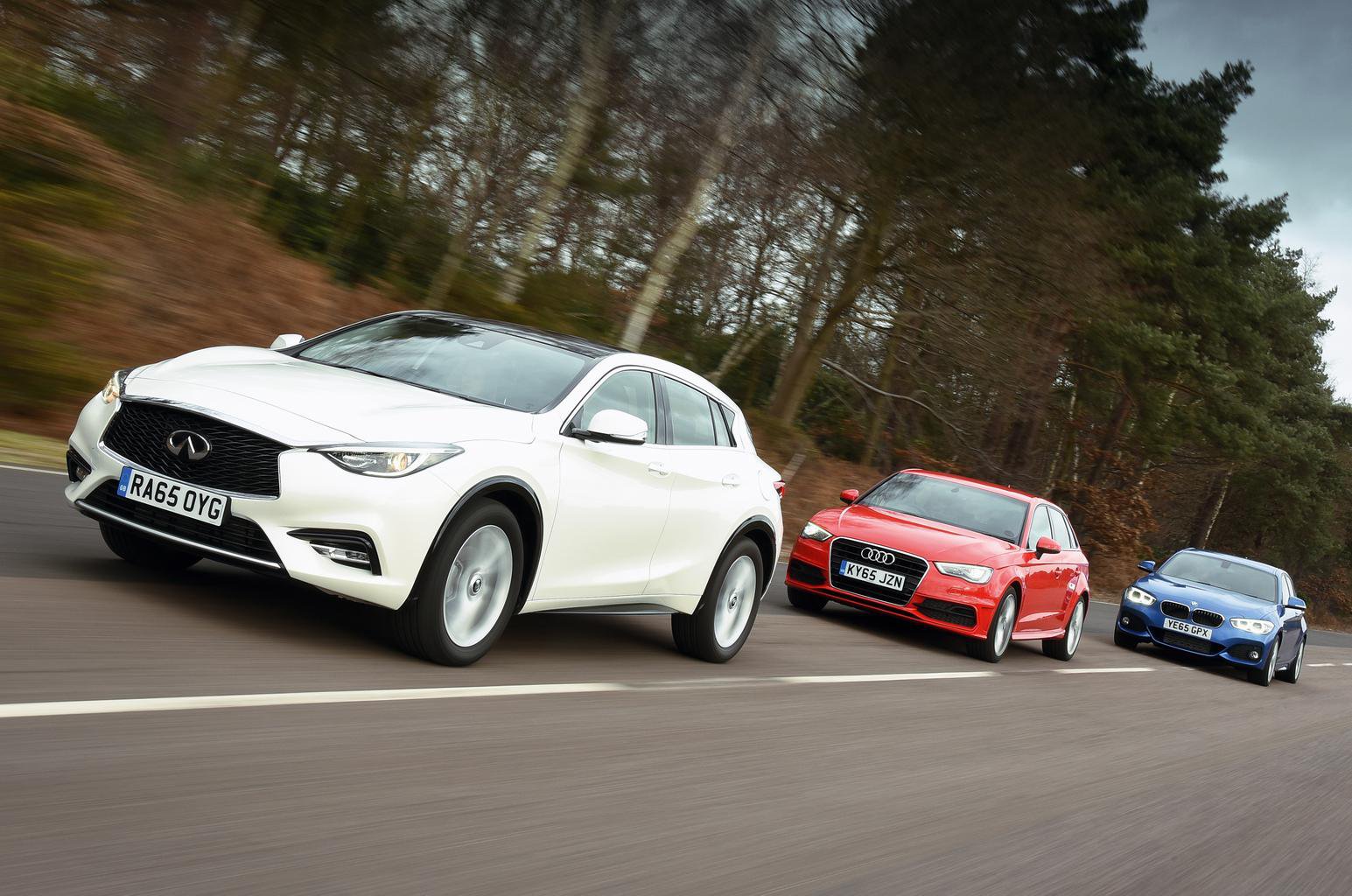 Our current favourite premium family car is classy and spacious yet surprisingly affordable.

The rear-wheel-drive 1 Series has always been a popular choice and was refreshed a few months ago.

An all-new rival from a relatively new brand. The Q30 has its work cut out if it's to impress here.

Breaking into the premium car market is a mighty tough challenge. However, Infiniti – Nissan’s upmarket brand in the same way that Toyota is Lexus's – has been making slow but steady headway since it launched in Britain eight years ago.

The Q30 is the company’s smallest offering to date and it has the potential to double its sales overnight. Curiously, it isn’t based on a Nissan, but the Mercedes A-Class – a car we’ve criticised in the past for its harsh ride. However, Infiniti has thoroughly reworked the suspension and installed a largely bespoke interior.

The problem for Infiniti is that excellence is the norm in this class. The Audi A3 Sportback is the best premium-badged offering, so that’s one of the cars the Q30 faces here. The second is the BMW 1 Series, which now has a new three-cylinder petrol engine to boost efficiency and performance.

BMW’s three-cylinder engine has more power and torque than the four-cylinder units in the Q30 and A3, but the 1 Series was actually the slowest of the trio. That’s because, while all three come with six-speed manual gearboxes as standard, the 1 Series has longer gearing than its rivals, which blunts acceleration, particularly at slower speeds. A sluggish throttle response doesn’t help, either.

The Q30’s superior low-end pulling power makes it feel punchier than the 1 Series and, to some extent the A3, too. However, that’s largely a consequence of the A3’s smoother, more progressive power delivery; against the clock the Audi is the quickest of our trio.

The A3 has the most positive controls, too, especially its slick gearchange and easy-to-modulate brakes. The 1 Series has a slightly stiff gearchange but otherwise impresses, while the Q30’s controls are decidedly sloppy; the accelerator pedal needs pressing almost to the floor before the engine picks up, while the gearchange is limp and the brakes grabby.

Sport trim A3s ride on sports suspension as standard and our test car also had larger-than-standard (18in) alloys. This combination delivers a firm low-speed ride, but effective damping means things never become crashy. Even so, we’d recommend you switch to softer SE suspension (it’s a no-cost option) and stick with the standard 17in wheels. 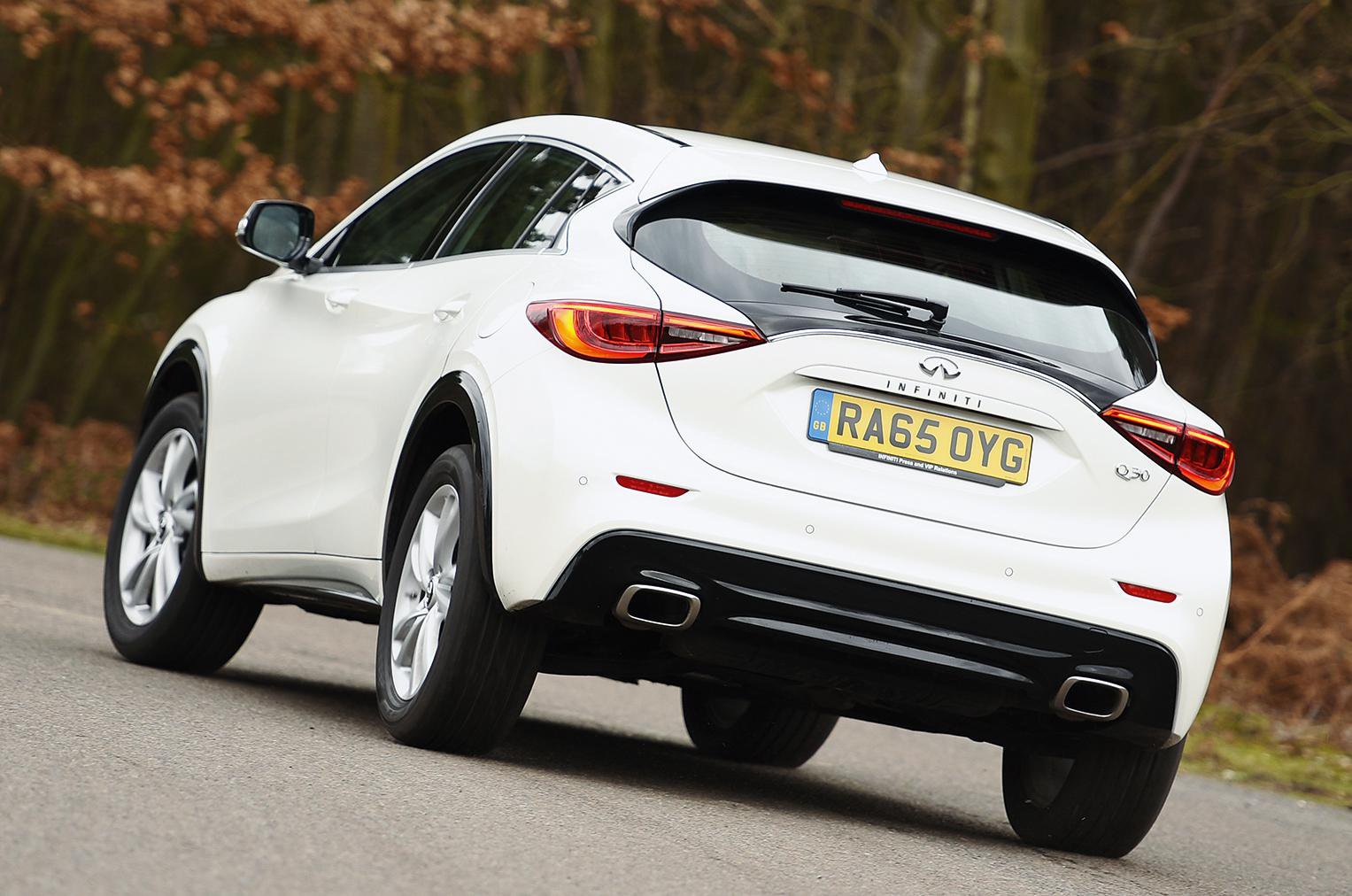 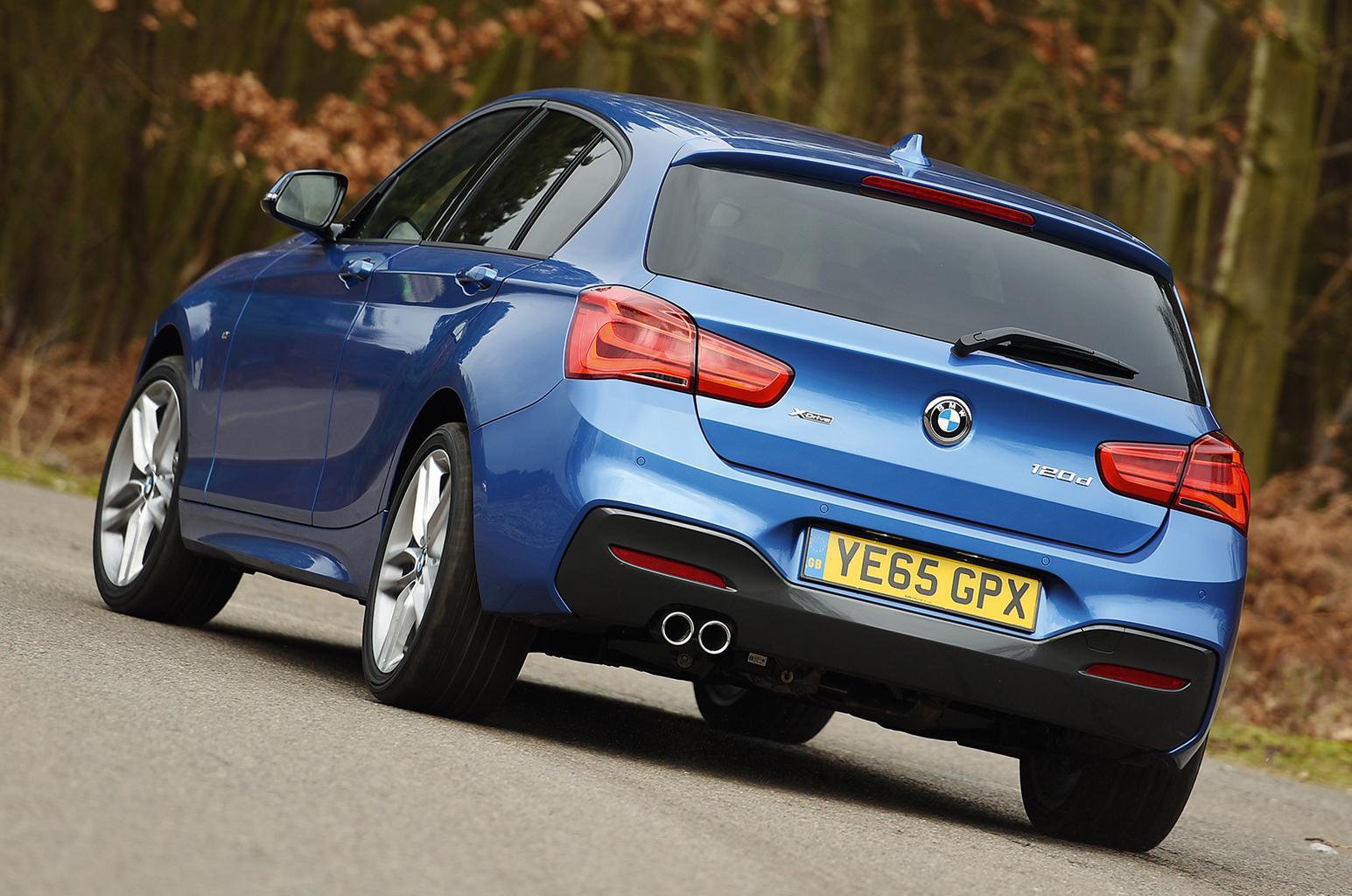 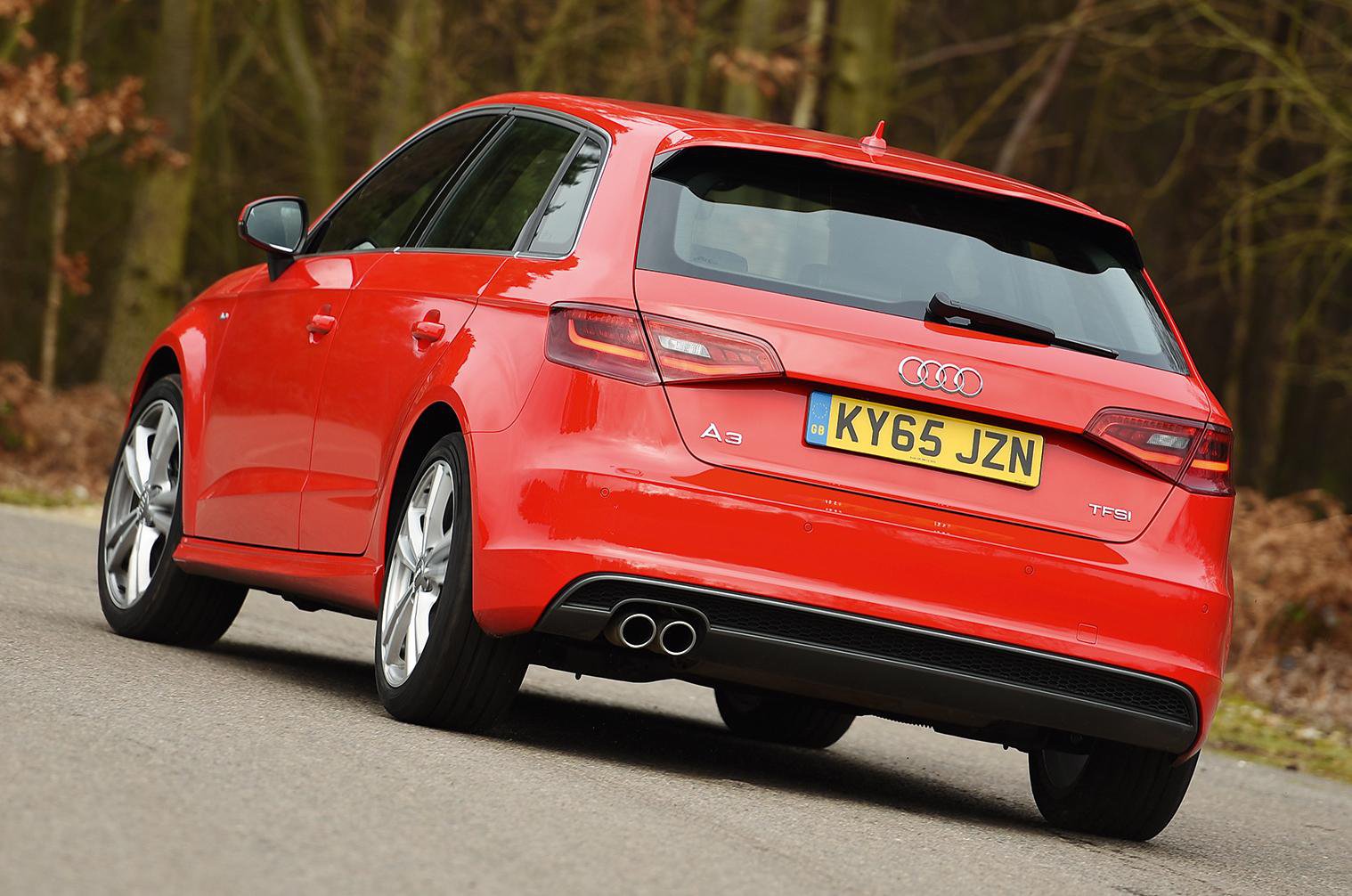 The 1 Series feels softer to begin with, but when you hit a harsh bump it thuds through the cabin more abruptly. The 1 Series also fidgets more over rippled roads.

The Q30 has similar initial suppleness to the 1 Series, but it maintains this even on scruffy surfaces. It is the most settled at town speeds and has the quietest suspension. Over battered roads things become a little lumpy, but the Q30 remains comfortable overall.

The flipside of the Q30’s softness is woolly handling; the steering is lifeless and the body sways about as you turn in to bends. The Q30 is also the first to run out of grip if you corner quickly.

The 1 Series doesn’t feel much sharper, though. There’s plenty of body lean and little feel through the steering, and it follows lorry ruts more than its rivals, a likely consequence of its standard run-flat tyres.

By contrast, the A3’s steering is precise, direct and delivers the most feedback; the A3 is easily the most agile of the three. It’s fun on twisty B-roads thanks to its quick responses and predictable, composed handling.