More for you |
Best deals on What Car? Used Car BuyingUsed test: Hyundai Tucson vs Peugeot 3008 vs Skoda Karoq interiors2021 Peugeot 3008 family SUV revealed: price specs and release dateWhat can I do about car stuck in dealership? Cars that are cheaper to buy on finance than with cash: SUVs
Home
Slideshow
CES 2018: six star cars to watch out for
slideshow

From self-driving pods to electric SUVs you'll be able to buy this year, here's our guide to the star cars on display at the Consumer Electronics Show in Las Vegas... 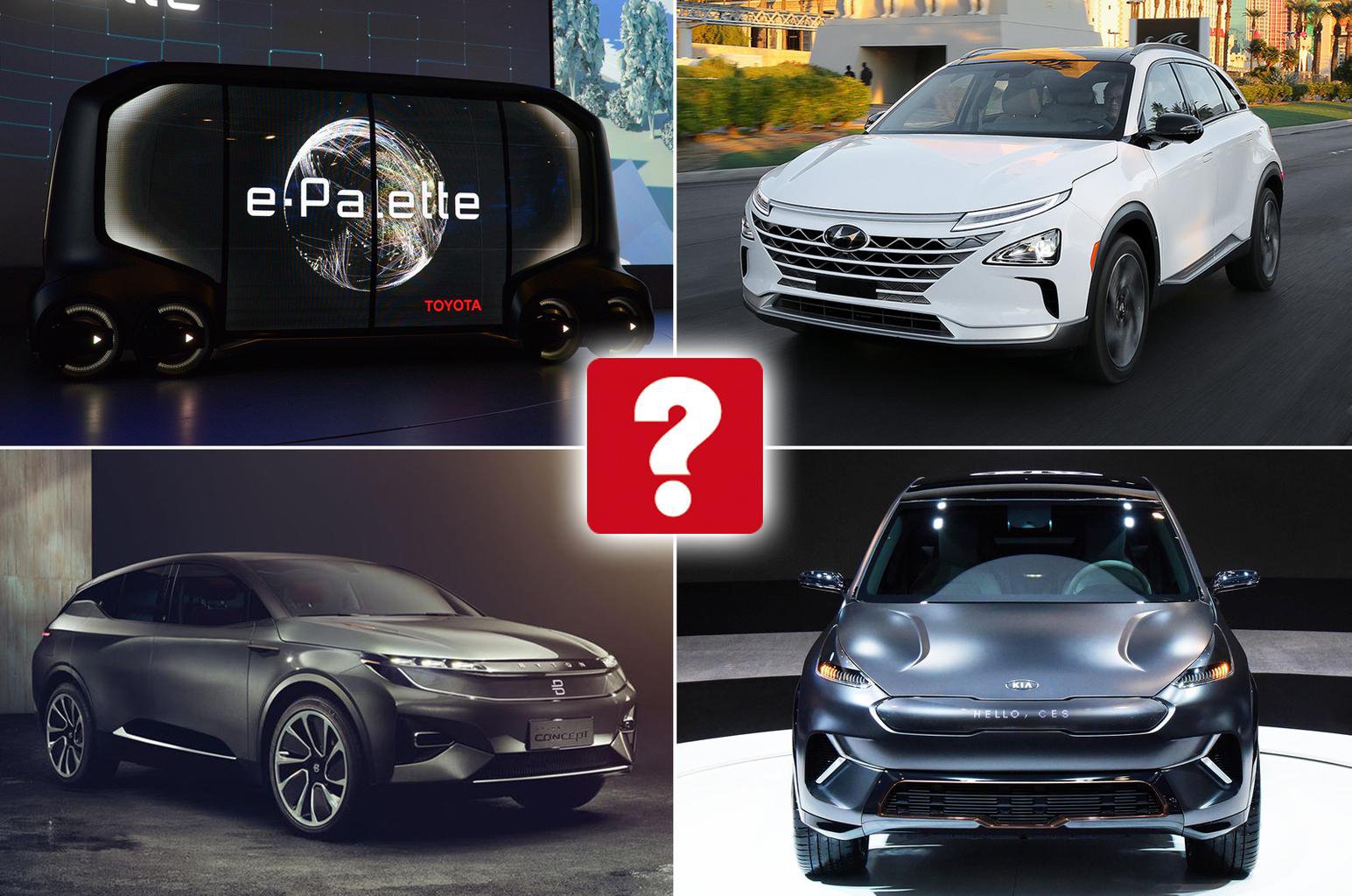 The Consumer Electronics Show (or CES in short) in Las Vegas has become a stomping ground for vehicle manufacturers to show off their latest wares and the new technologies that will shape the cars of the future.

As well as attracting big-name car makers such as Hyundai and Kia, CES also acts as a platform for smaller manufacturers such as Fisker and even automotive suppliers to showcase their products.

Interestingly, almost every concept car on display at CES is either electric or features some kind of self-driving technology, showing how important these two areas will become in the coming years.

Click through this slideshow to see our pick of the best concept cars at CES – some of which you'll even be able to buy by the end of this year. 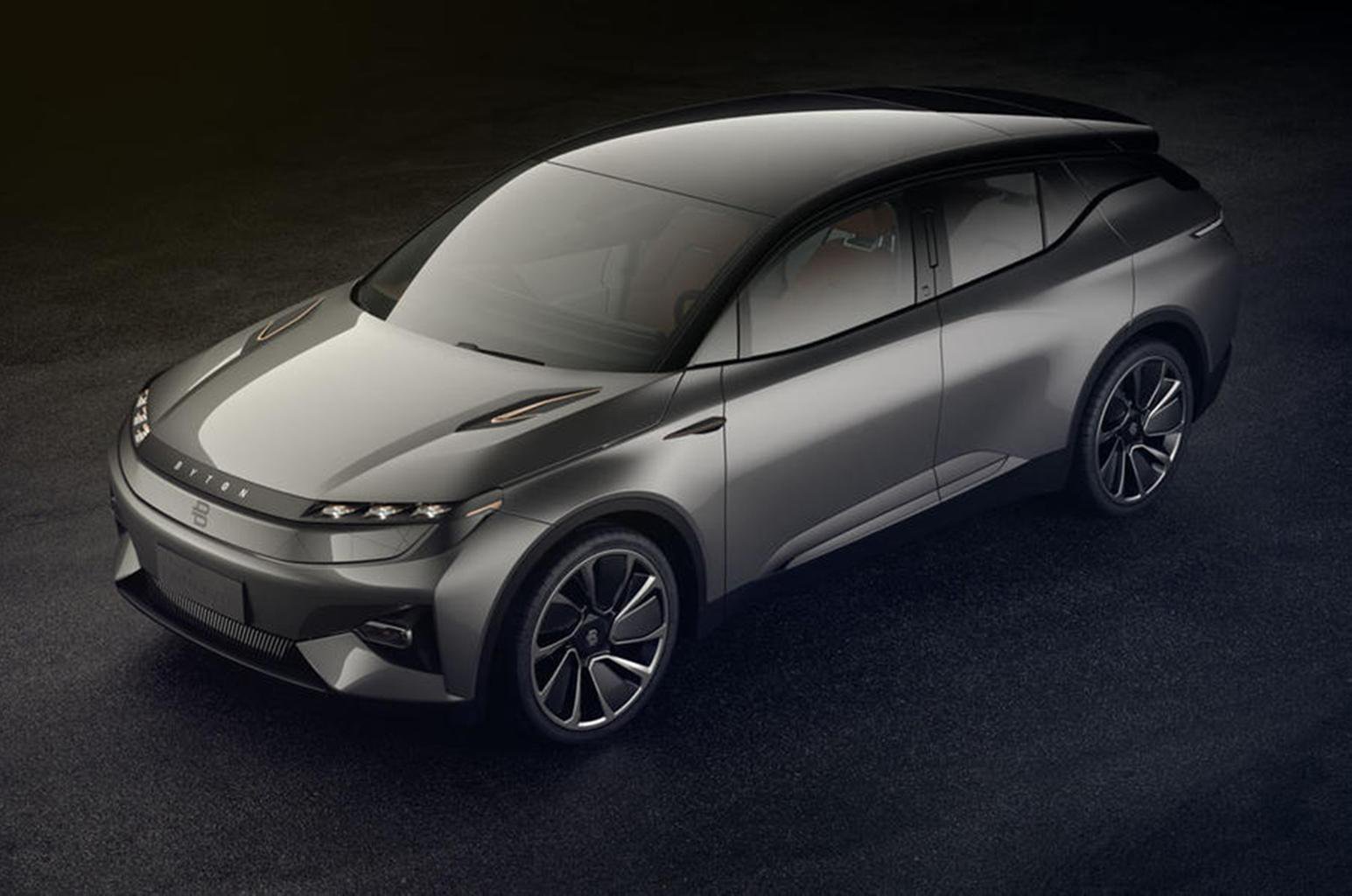 You've likely never heard of Chinese start-up Byton but, since the company was founded by the ex-boss of BMW's i division, it's worth paying attention to.

Byton's first concept car, the Byton Concept, is a fully electric SUV described as being almost production ready. With a claimed range of 323 miles, the car can travel farther between charges than an entry-level Tesla Model X.

Drivers will be able to choose from either a single 268bhp electric motor or two electric motors developing a combined 469bhp. The latter option also provides four-wheel drive.

Some of the concept's features that aren't likely to make production include facial-recognition cameras that unlock the car's doors to authorised users and an infotainment screen that runs the entire width of the interior.

The SUV is due to go on sale in 2019 and should cost from around £33,000. Byton says a saloon and an MPV, based on the same underpinnings as the SUV, are planned for the future. 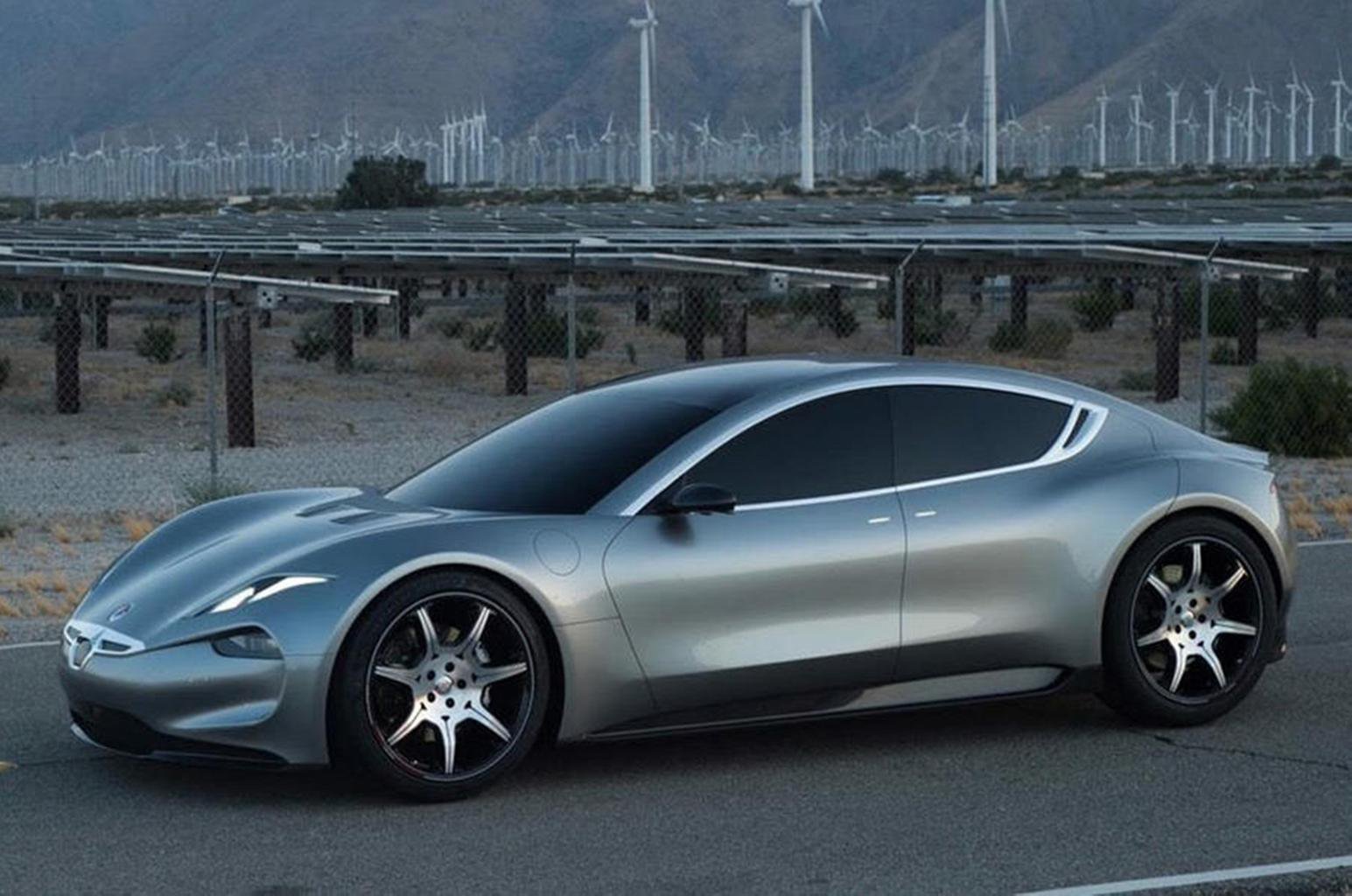 The Emotion is an electric car that is scheduled to go on sale in the UK in 2020. It offers a claimed driving range of 400 miles – much further than conventional electric cars – and has a top speed of 161mph.

The new car's party trick, though, is its ability to charge enough to give you a driving range of 125 miles in as little as nine minutes. That feat is claimed to be possible thanks to batteries that have more than double the energy density of conventional lithium-ion packs, meaning they're able to store more charge in less time.

Clever packaging is said to maximise interior space inside the Emotion, while the car also features self-driving technology. When it goes on sale, expect the Emotion to cost just under £100,000.

A second Fisker model is also planned. It will cost less than the Emotion and be produced in higher numbers. 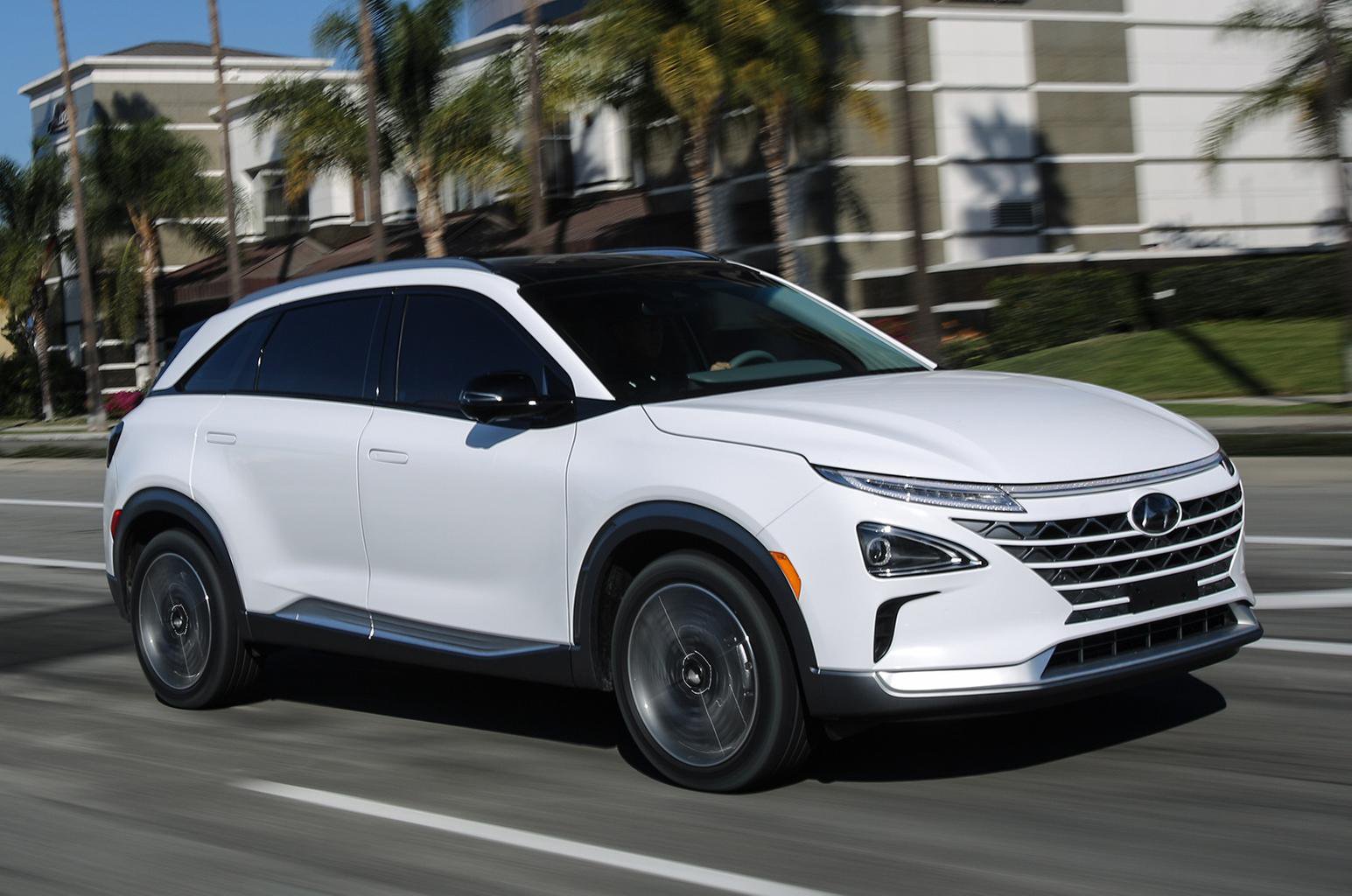 Hyundai is no stranger to hydrogen-powered SUVs, having sold the ix35 Fuel Cell in small numbers since 2013. With the regular ix35 having gone off sale in 2015 to make way for the Tucson, the Korean car maker needs a new technology flagship. Enter the Nexo.

The Nexo has a claimed range of 500 miles – 135 miles farther than its predecessor – as well as 20% more power. Its electric motor produces 132bhp, with the car able to reach 62mph from a standing start in 9.5sec.

This is the first time Hyundai has launched a bespoke hydrogen-powered vehicle rather than basing it on an existing car. The Nexo will also serve as a test bed for the company's self-driving technology, with Hyundai saying the car is ideally suited to coping with the high demands of autonomous systems.

Those systems include a blindspot monitoring device that can show drivers their position in relation to other cars, plus a function that can steer, accelerate and brake the car at speeds of up to 90mph.

Hyundai says the Nexo will go on sale towards the end of this year, but prices have yet to be announced.

Find a great deal on a Hyundai Tucson > 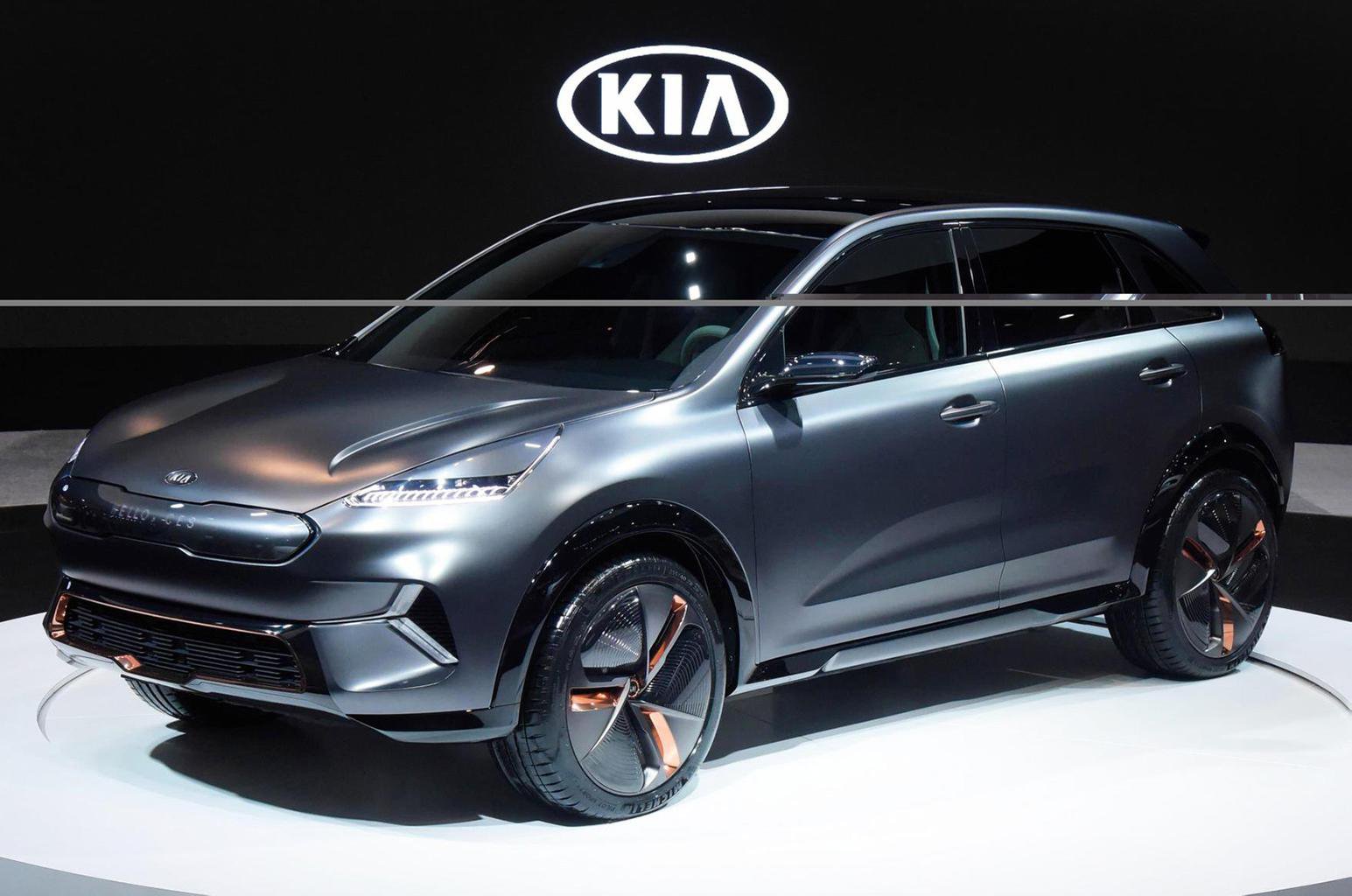 The regular Kia Niro is a hybrid small SUV, but since it's also based on the Hyundai Ioniq, which is available as a hybrid, plug-in hybrid and fully electric vehicle, it was only a matter of time before more variants of the Niro went on sale.

The Niro EV is only a concept for now, but we know a production version will go on sale towards the end of this year. It has a claimed range of 238 miles – just farther than the latest Nissan Leaf – and a 201bhp electric motor. Kia plans to offer two battery sizes with the Niro EV, allowing drivers to prioritise either value or range.

As well as showcasing Kia's electric technology, the Niro EV also offers a closer look at Kia's design for future models and its latest technology. That technology includes a gesture-controlled infotainment and climate control system, as well as a facial recognition system that can 'log in' drivers to the car with personalised settings.

The Niro EV also features an ultra-fast 5G internet connection – something that Kia says is a world first.

Find a great deal on a Kia Niro > 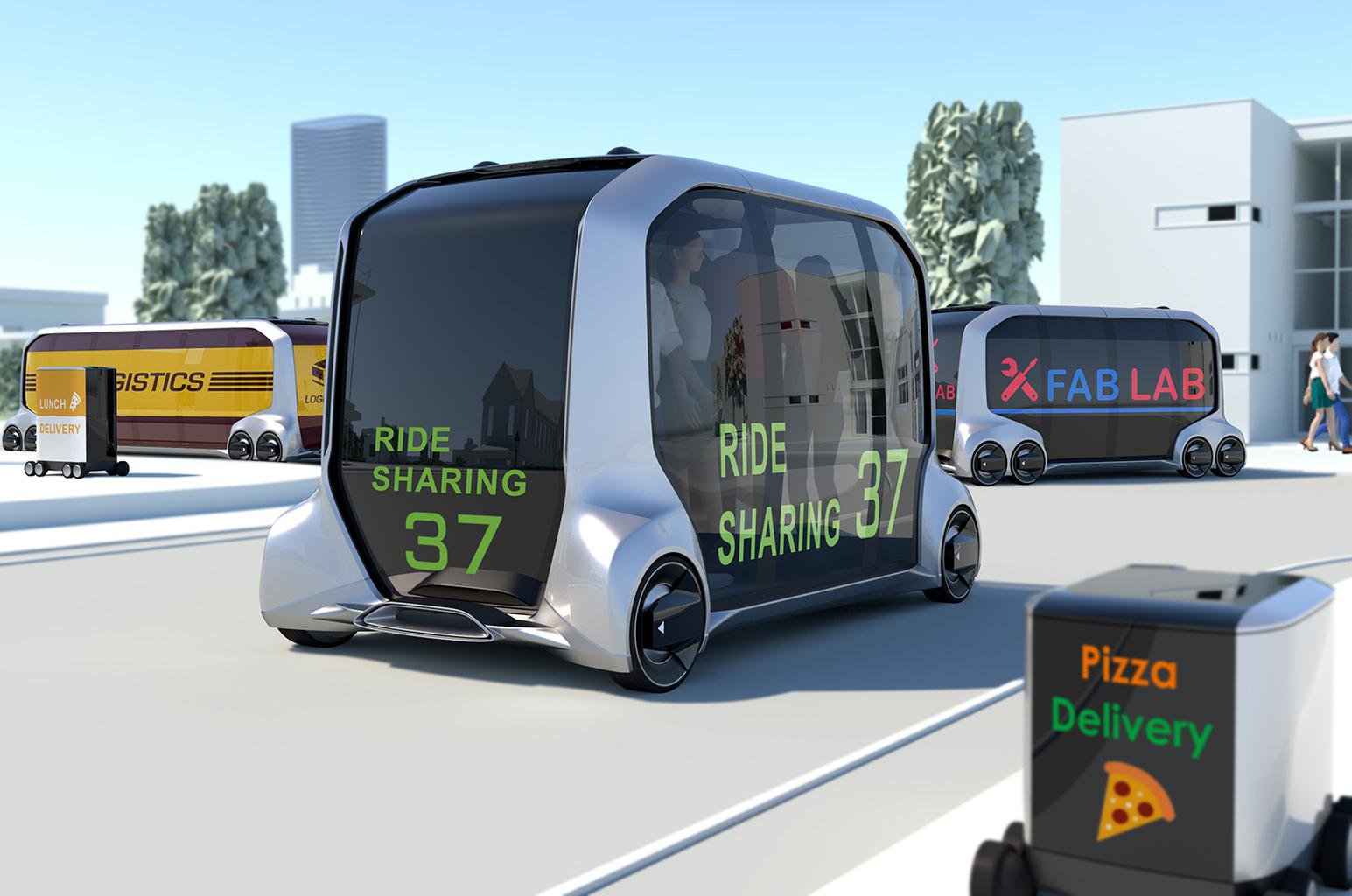 CES has become famous for showcasing thinking that's truly outside the box – and Toyota's e-Palette concept is just that.

The e-Palette isn't a car as such; instead, it demonstrates a self-driving platform that is built by Toyota but can be customised by other companies or brands. The e-Palette allows companies to programme their own self-driving vehicle systems but features a fail-safe by Toyota that can take over in the event of a problem.

The interior of the concept is fully customisable, too, meaning a delivery company could configure it to carry parcels while seats could be fitted to passenger-carrying versions.

While the concept on display in Las Vegas is about the same size as a Range Rover Velar, multiple sizes of the e-Palette could be made. 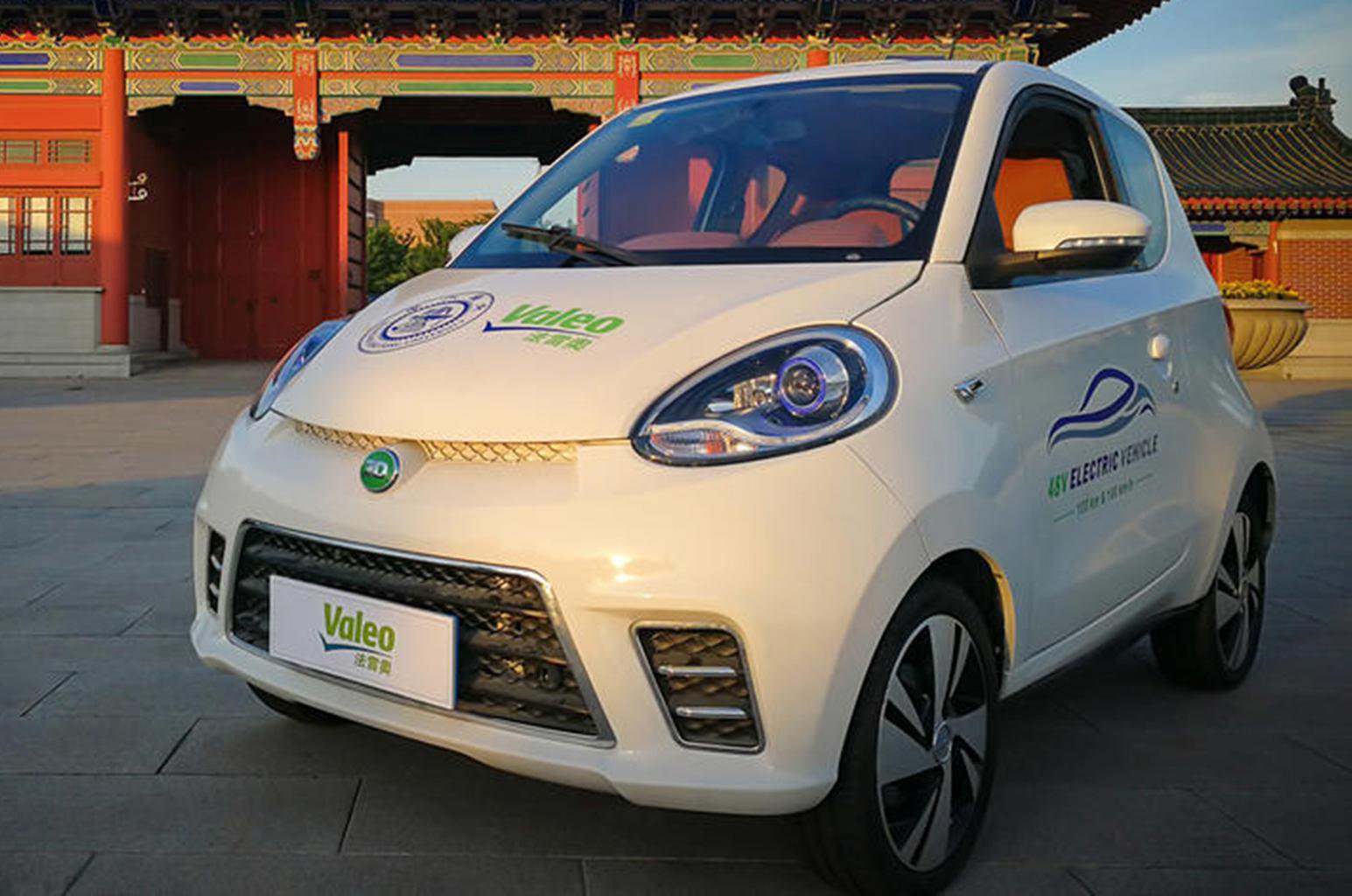 A low-cost electric city car will sound ideal for many people – and Valeo's version could cost you as little as £6600.

The two-seat city car has been developed by automotive parts supplier Valeo in conjunction with Shanghai Jiao Tong University. It's loosely based on the existing Chinese-built Zhidou car but with its petrol engine replaced by an electric motor.

The vehicle features a small 48V electric motor that gives a claimed range of 62 miles and top speed of 62mph. That might not sound enough, but Valeo says it can cover 80% of city-based commutes.

Stylish, practical and good to drive