* Kia shows off sketches of new Sorento * SUV will make its global debut in August * Will be a rival to the Mitsubishi Outlander and Nissan X-Trail... 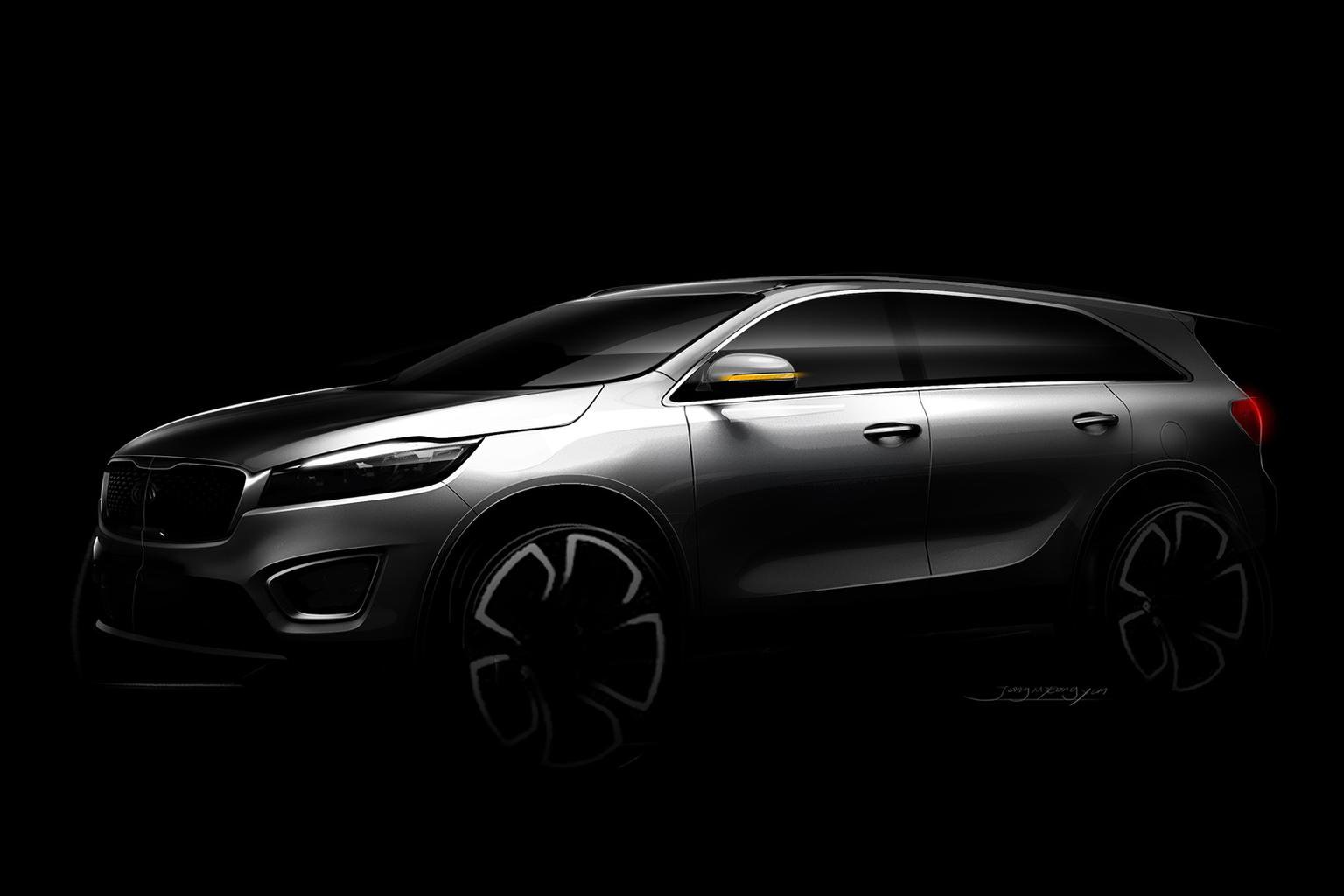 The first images of the forthcoming Kia Sorento have been revealed, in the form of a series of detailed drawings.

The third-generation of Sorento is said to have a lower roofline than the current car, as well as a higher windowline, rounded shoulders at the rear and more muscular styling.

It will also come with Kia's latest 'tiger-nose' grille, which features on other models in the company's range.

it will be revealed in full in Korea in August, before making its European debut at the Paris motor show on October 2.

The Sorento will take on the likes of the Mitsubishi Outlander and the Nissan X-Trail when it goes on sale in Europe in early 2015.