More small hatchbacks are sold than any other type of car, so there are plenty of used examples to choose from. But which are the most and least dependable?...

Small cars may be cheaper to buy than exotic models, but if you pick an unreliable model it could land you with repair bills that are more akin to those of a high-maintenance performance car.

The good news is that these cars aren't laden with high-tech gadgetry, so there's less to go wrong than there is on a luxury model, but there's still a big difference in the dependability of the best and worst.

Happily, with data from more than 16,000 car owners across the UK, including 139 models from 27 brands, the What Car? Reliability Survey can help you to sort the good from the bad.

Here, we're looking exclusively at the results for used small cars aged between five and 15 years old. We've rated each one according to the seriousness of the faults it's suffered, how long it spent in the garage and how much it cost to be repaired. 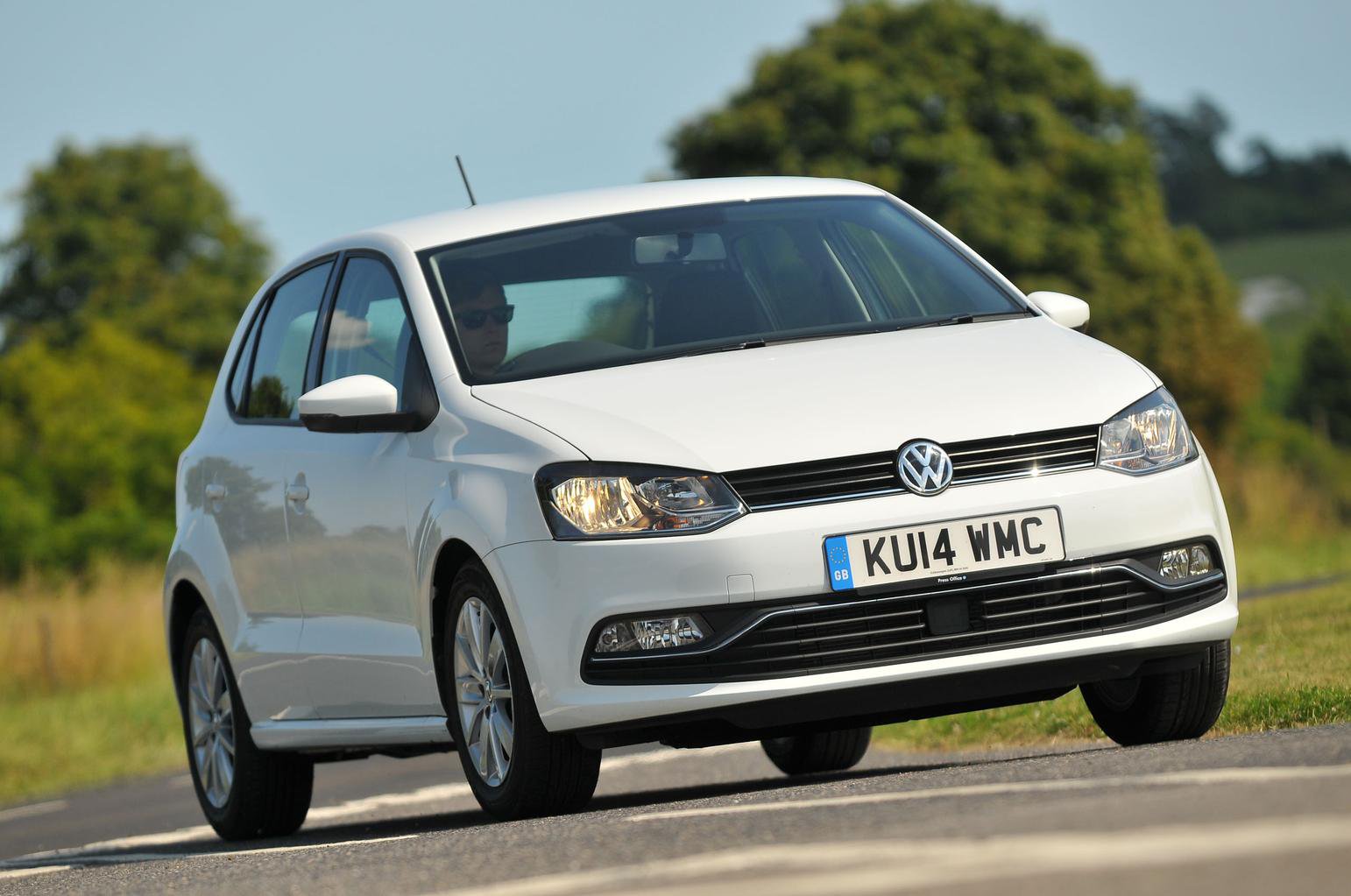 The Polo is proving pretty dependable as it ages. Only 13% of the cars we were told about went wrong, most (81%) were fixed in less than a week and nine out of 10 could still be driven. Costs were reasonable, too; 65% of owners paid out £100 or less. The main areas of concern were the engine and suspension, followed by the brake system.

Read our full review of the used Volkswagen Polo >>

See how much you could save on a Volkswagen Polo >> 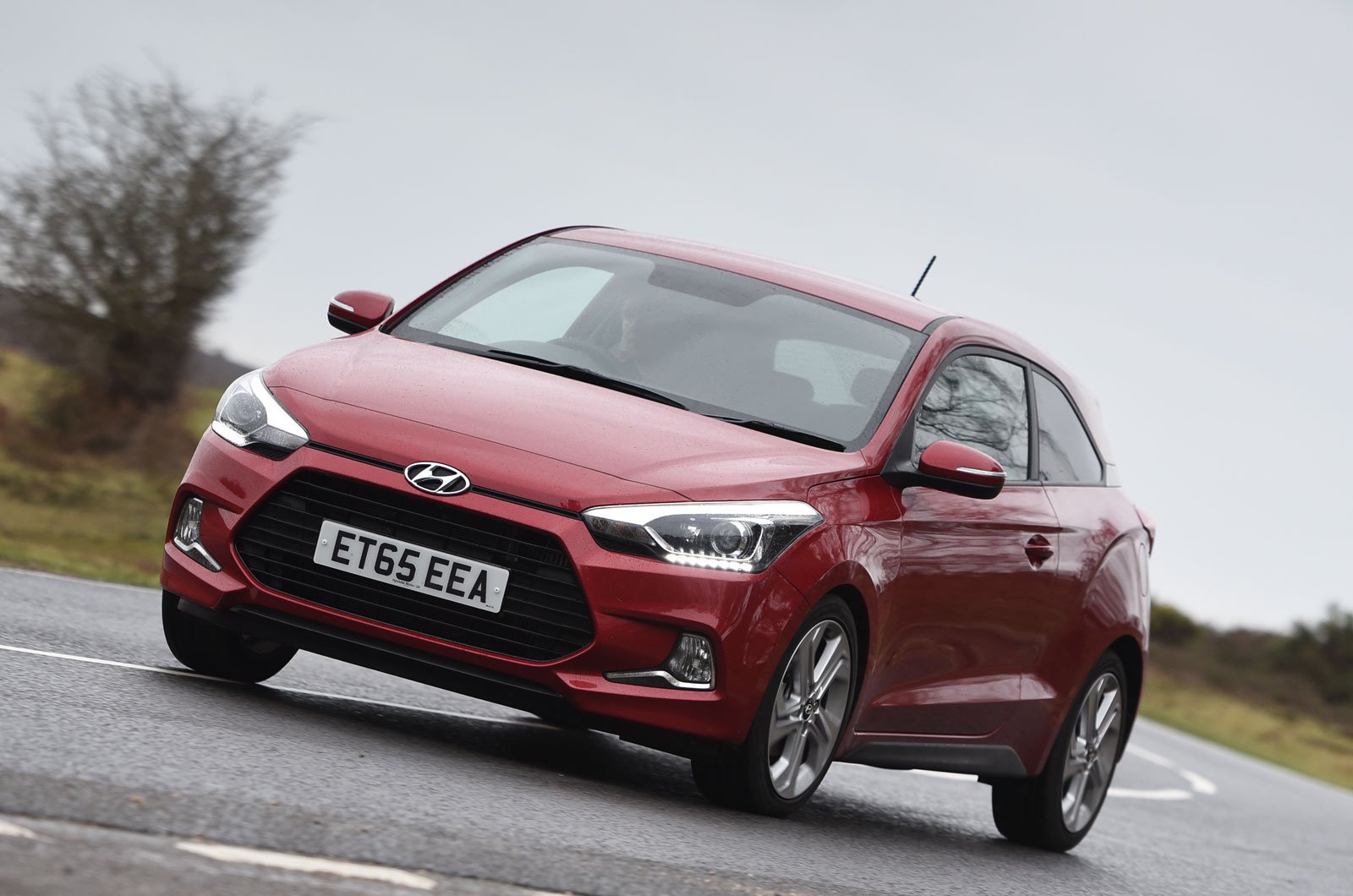 Although 16% of i20 owners told us their car had suffered a problem, relatively few of them were left out of pocket, because Hyundai picked up the bill for 80% repairs. Those who had to pay shelled out between £500 and £750. The major area of concern was the gearbox/clutch, followed by the bodywork and brakes. Two-thirds of cars could still be driven, and repairs were carried out quickly and efficiently, with 80% of cars sorted out in less than a week.

Read our full review of the used Hyundai i20 >>

See how much you could save on a Hyundai i20 >> 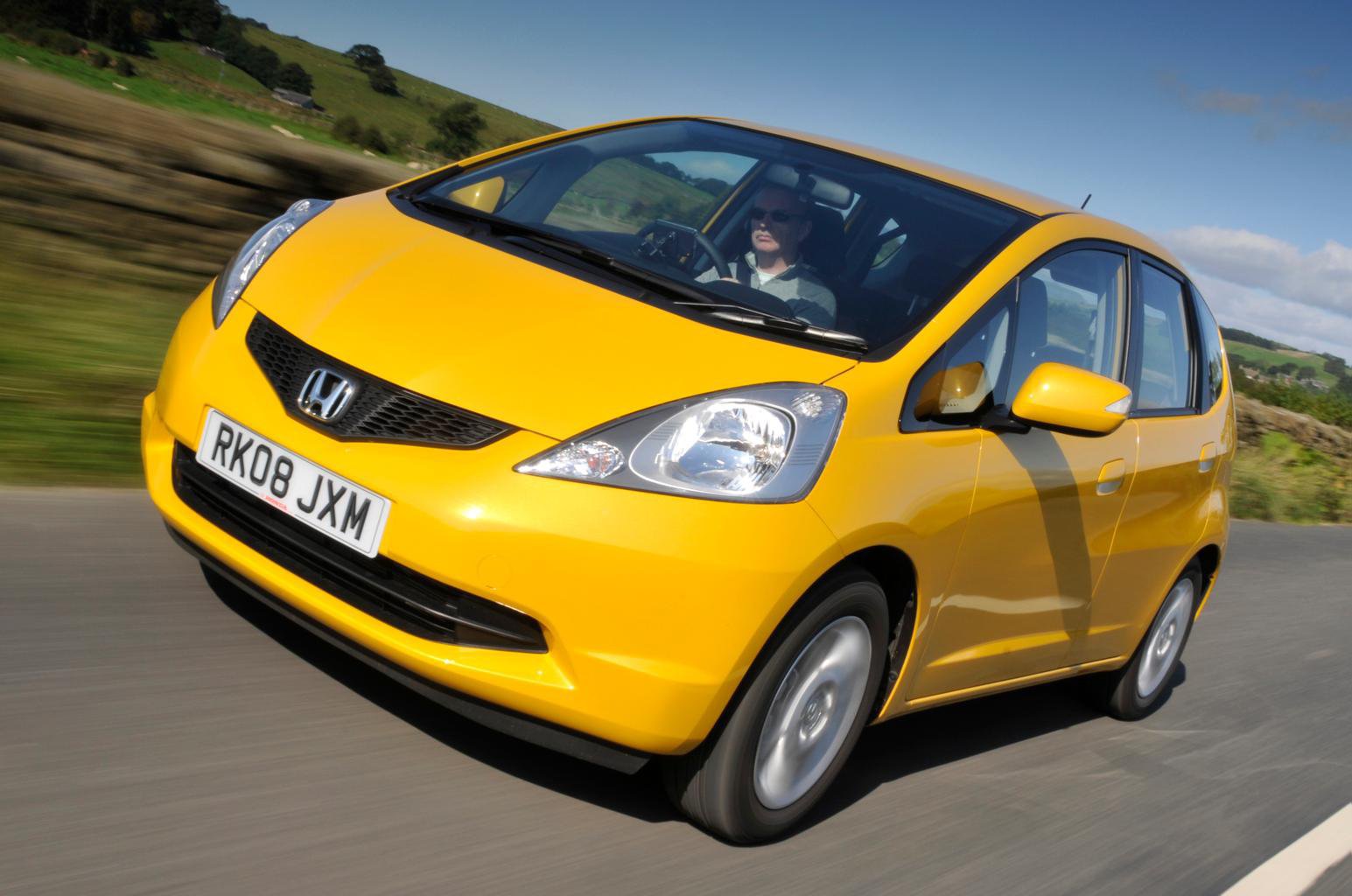 Jazz owners are generally a satisfied bunch, with only 11% reporting any issues with their cars. The battery was the most common fault area. Surprisingly for an older model, 13% of issues were fixed for free, and most repairs cost less than £200; only an unlucky few had to pay out £500 to £750. Two-thirds of cars remained driveable and all were put right in less than a week.

Read our full review of the used Honda Jazz >>

See how much you could save on a Honda Jazz >> 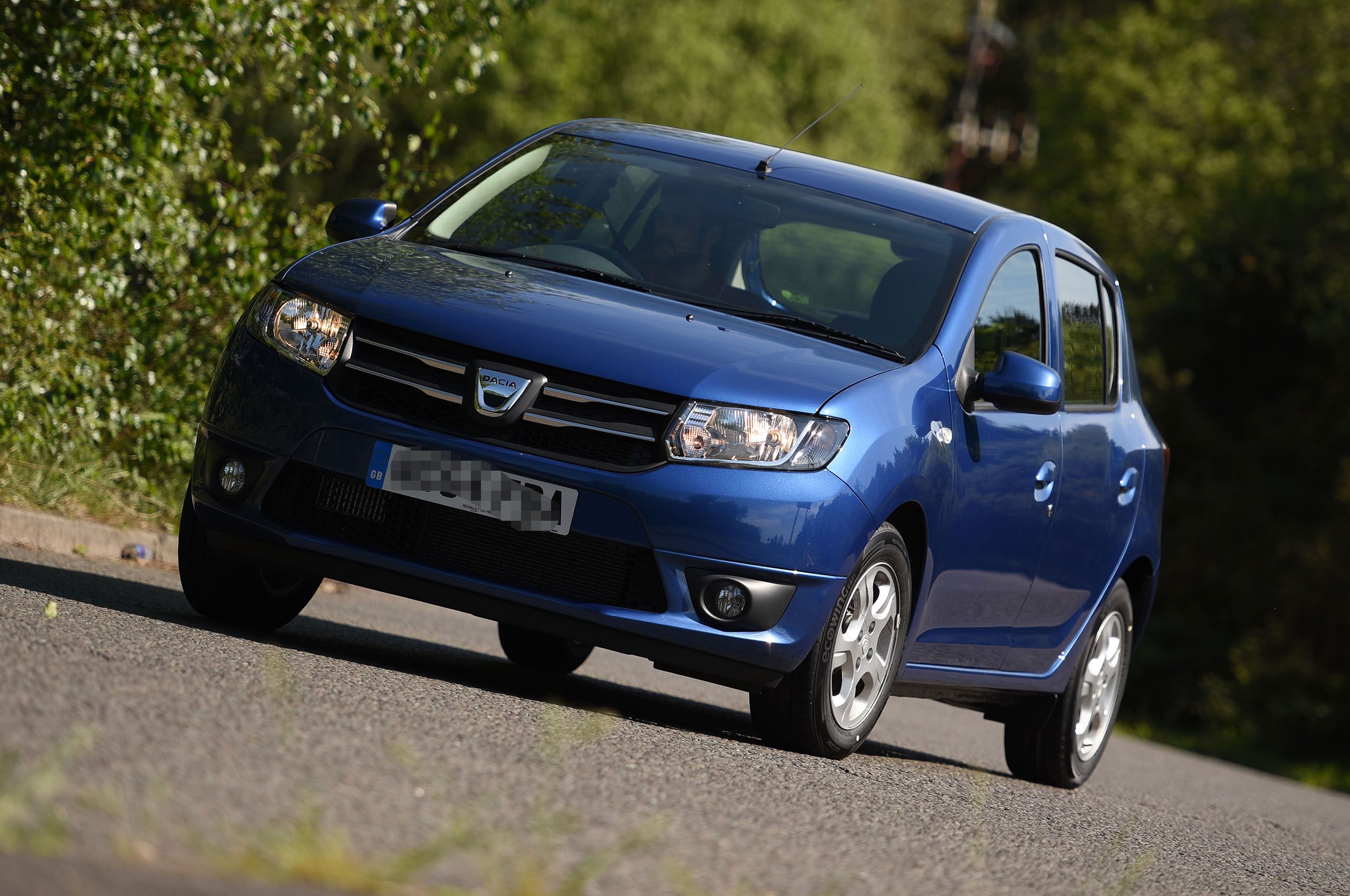 Although 22% of previous-generation Sanderos went wrong, their issues were mostly resolved swiftly and cheaply. Sixty percent of repairs cost less than £200 and no bills topped £300; even better, all cars could still be driven and two-thirds were rectified in a day or less. Issues spanned a number of areas, including the battery, engine, non-engine electrics, steering and suspension.

Read our full review of the used Dacia Sandero >>

See how much you could save on a Dacia Sandero >> 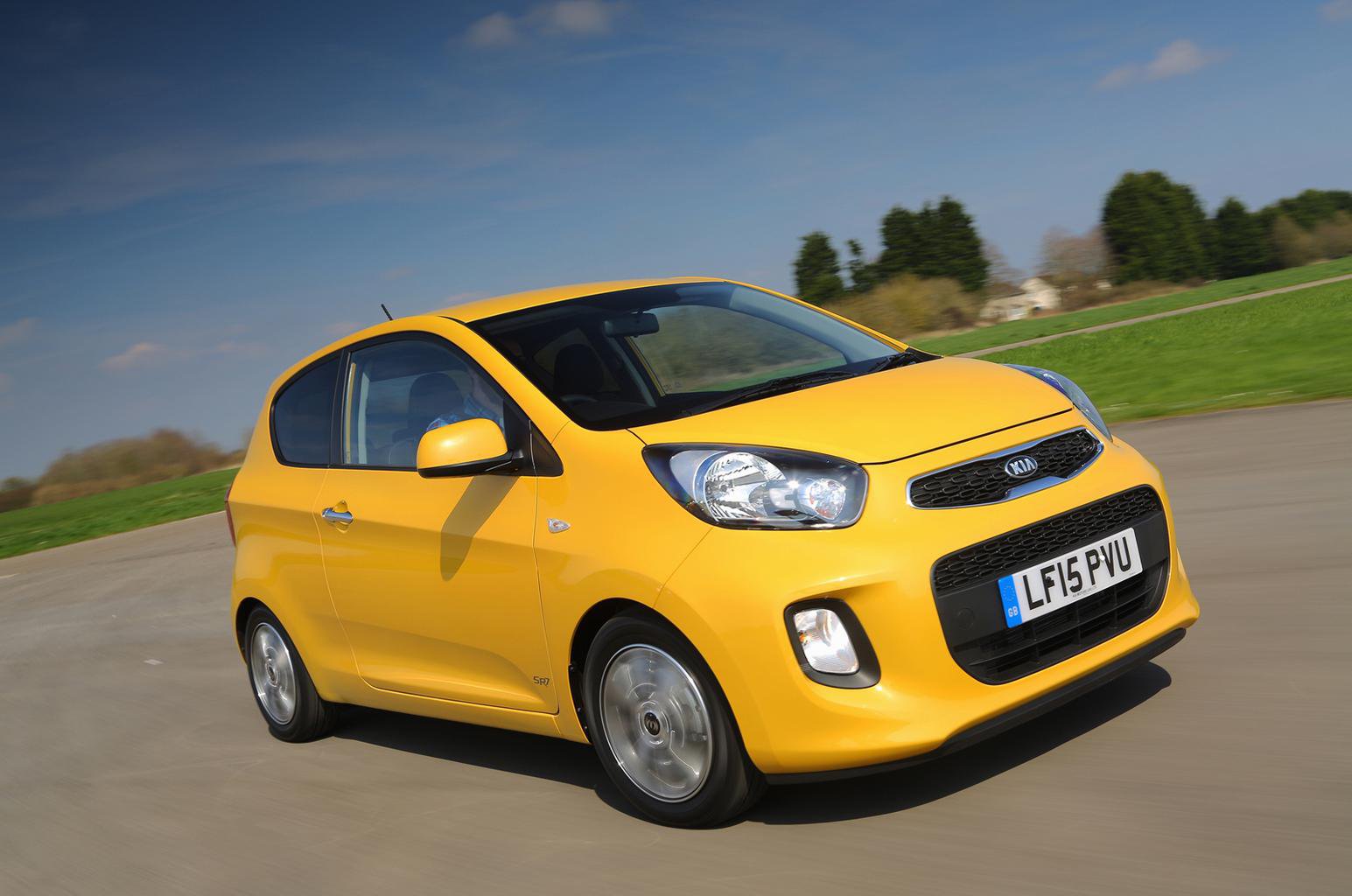 Overall, 18% of Picantos went wrong, and suspension issues were the main bugbear, affecting 14% of cars. The good news is that two-thirds of cars were fixed for free and no one paid out more than £300. All cars could still be driven, and half were back on the road in a day or less.

Read our full review of the used Kia Picanto >>

See how much you could save on a Kia Picanto >> 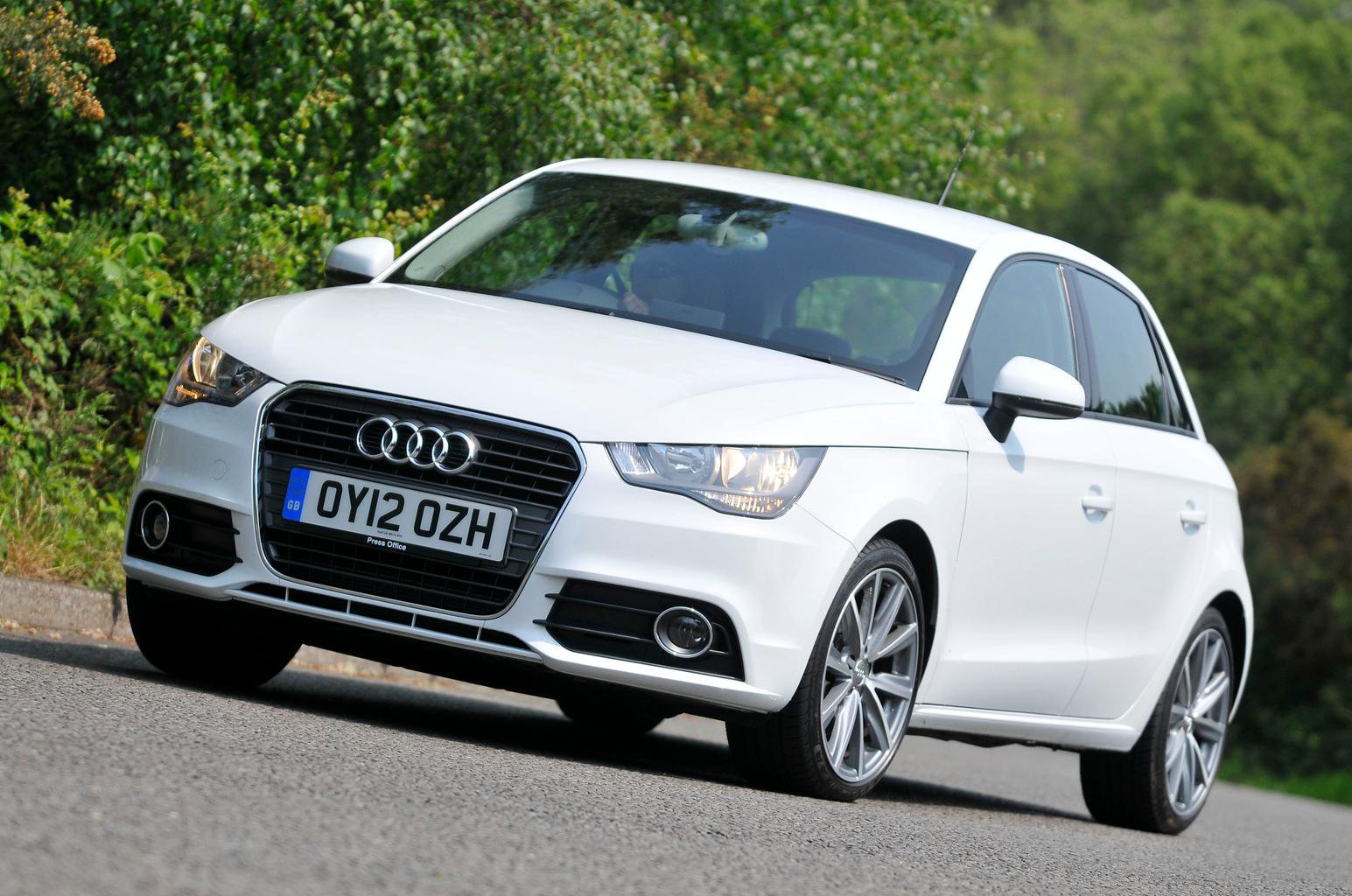 Older A1s don't go wrong too often; only 11% of the cars in our survey had a problem. And when they do, they're rectified quickly; two-thirds were back on the road in a day or less. Costs are mostly low, too, with a third of cars fixed for free and only a third of owners paying out £300 to £500. The battery, non-engine electrics and steering were the main areas of concern.

Read our full review of the used Audi A1 >>

See how much you could save on an Audi A1 >> 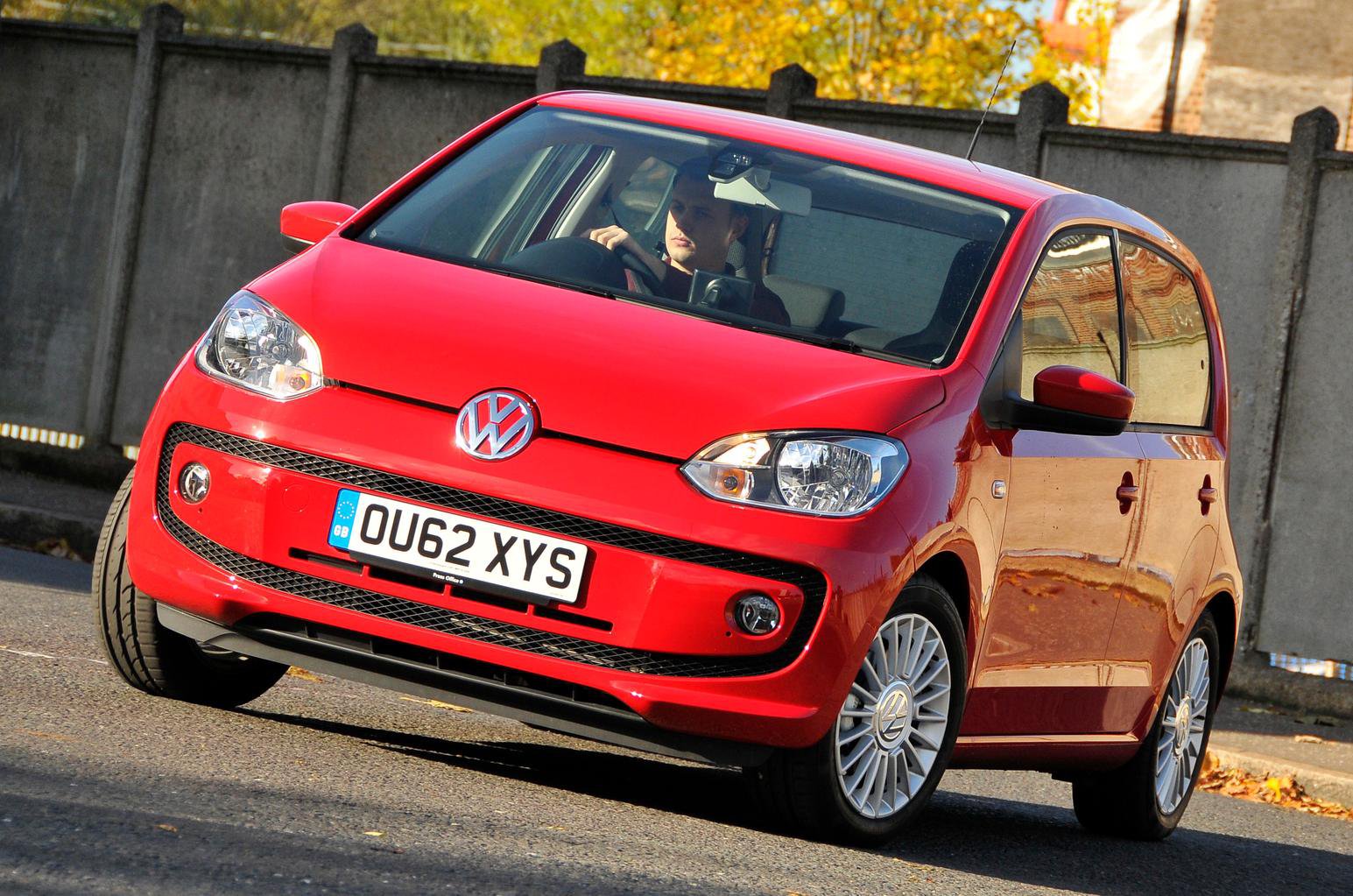 Although a fairly high 19% of Ups suffered a fault, owners were rarely left out of pocket, because Volkswagen covered the cost of 50% of repairs and only 17% of the highest bills were between £201 and £300. All cars could still be driven and all were fixed in less than a week. Brakes were the most commonly cited problem, followed by bodywork, engine electrics and suspension.

Read our full review of the Volkswagen Up >>

See how much you could save on a Volkswagen Up >> 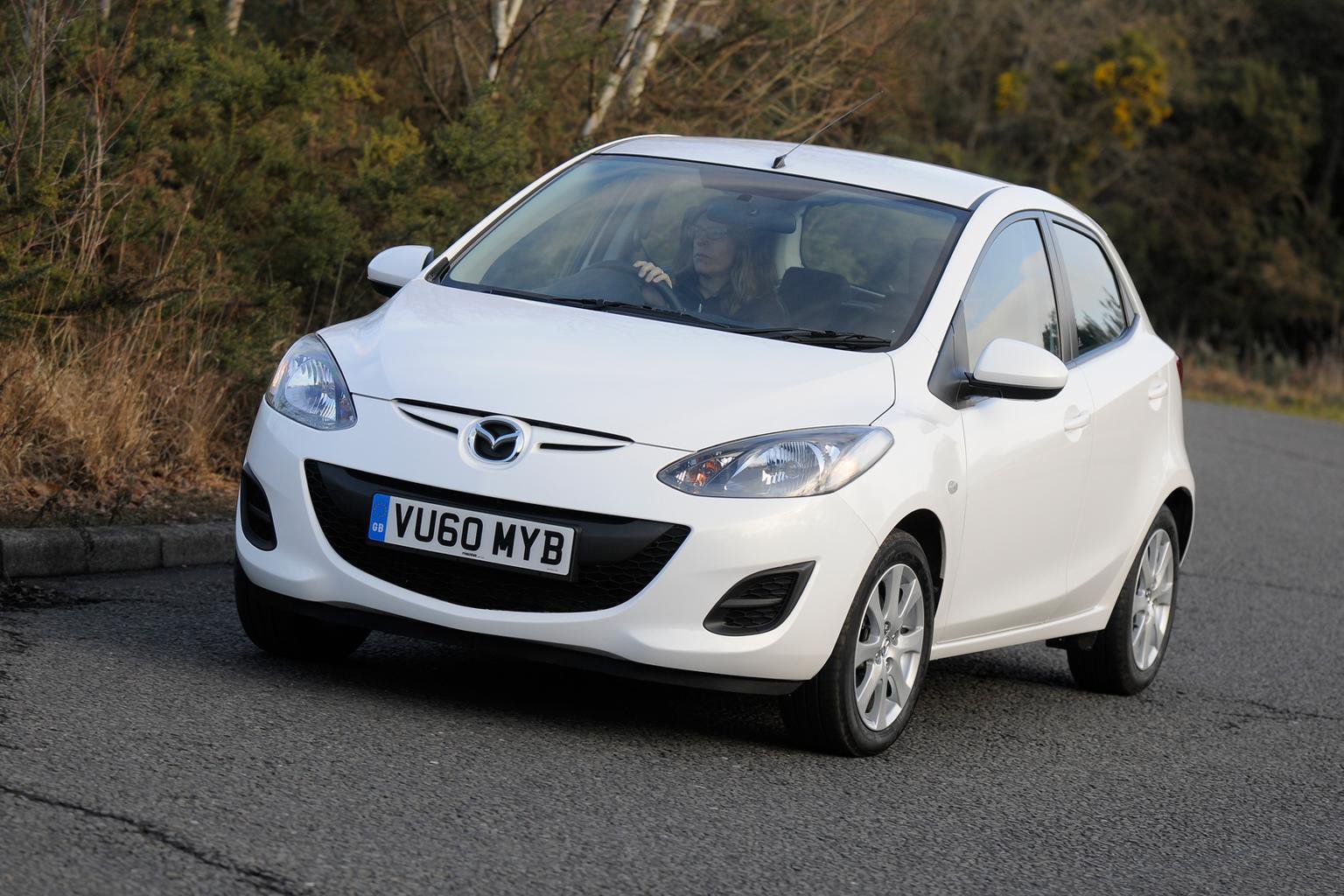 This iteration of the Mazda 2 is closely related to the previous-generation Ford Fiesta, but it’s a much more robust used buy. Engine electrical faults were the only issues, affecting just 7% of cars. All stricken cars were back on the road in less than a week, but owners had to pay out between £301 and £500. 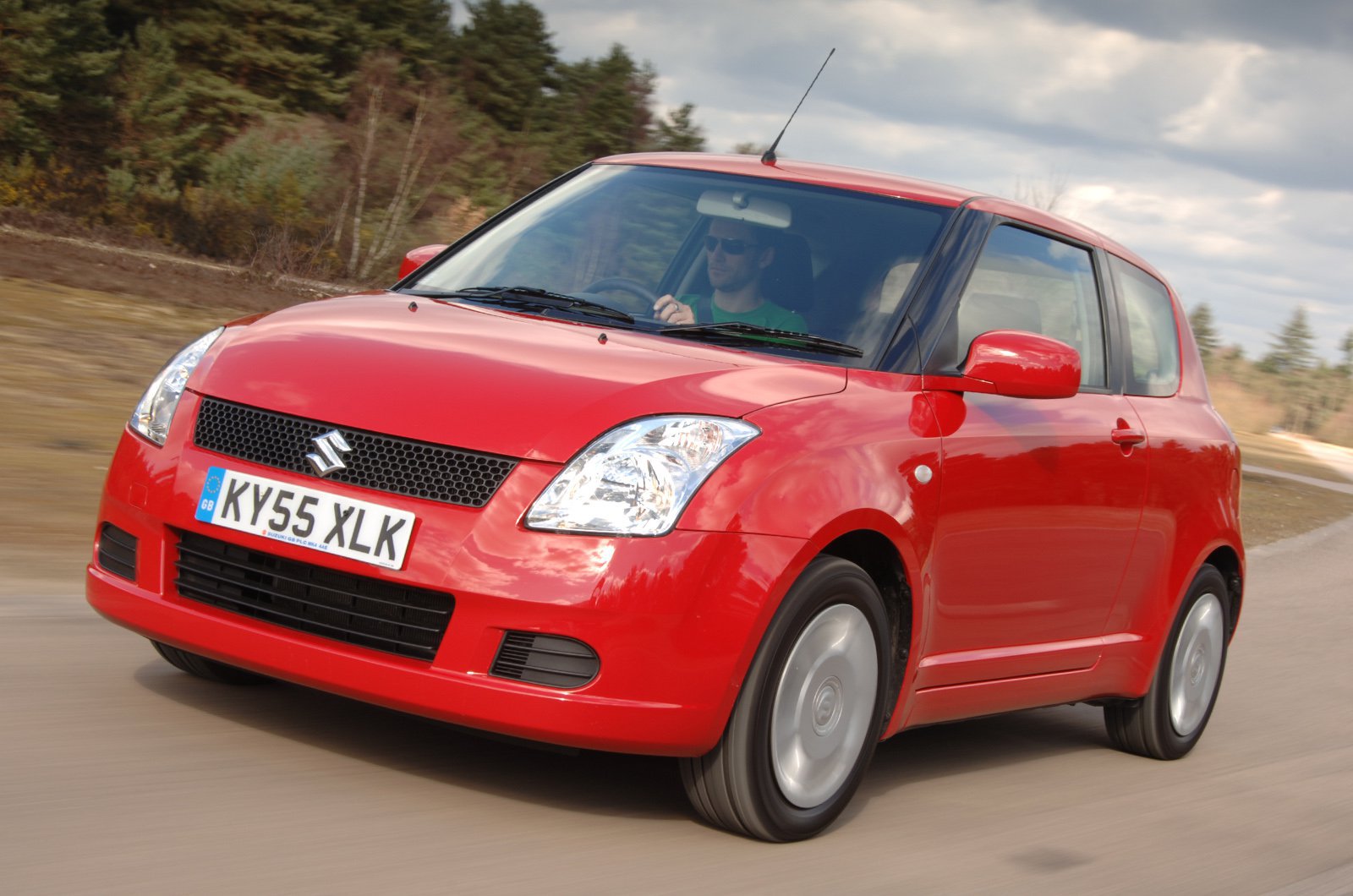 A used Swift is a safe bet if you want a small car that won’t let you down. Owners told us only 7% of cars had developed a fault, and the battery and suspension were the only areas of concern. Repairs were cheap but slow: no bills topped £100, but 50% of cars took more than a week to rectify.

Read our full review of the used Suzuki Swift >>

See how much you could save on a Suzuki Swift >> 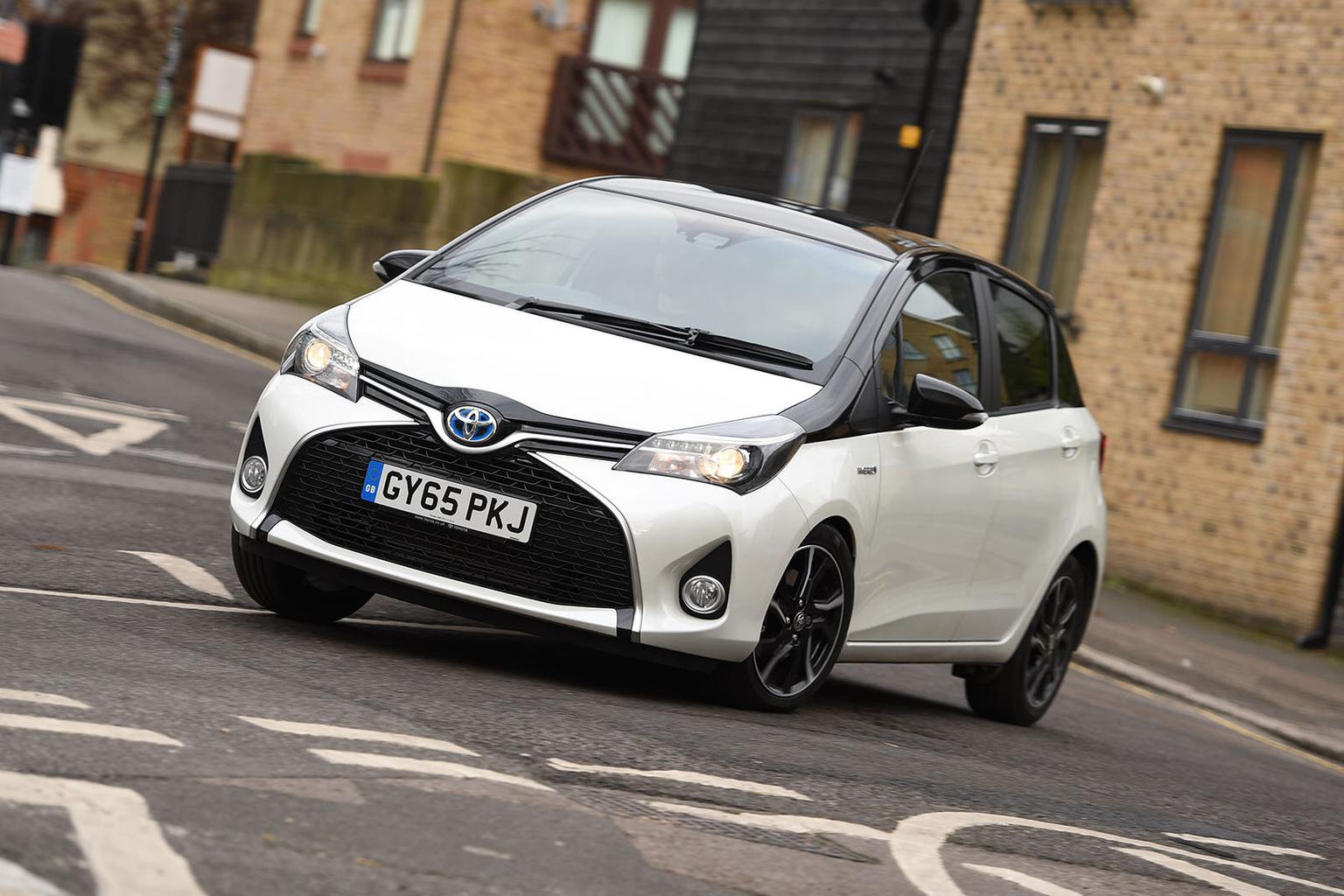 It's not the most exciting to drive, but the previous-generation Yaris is doggedly dependable. Only 4% of cars went wrong, and the steering was the only area affected. All cars were easy to fix; owners told us they were back on the road within a day. Even better news for owners is that, although no cars were fixed for free, no repair bills exceeded £300.

Owner comment: “My car has never let me down in six years. It’s so reliable that I’d definitely buy another one.”

Read our full review of the used Toyota Yaris >>

See how much you could save on a Toyota Yaris >>