A new BMW X2 is a very sporty SUV, but can it beat a used Porsche Macan for similar money?... 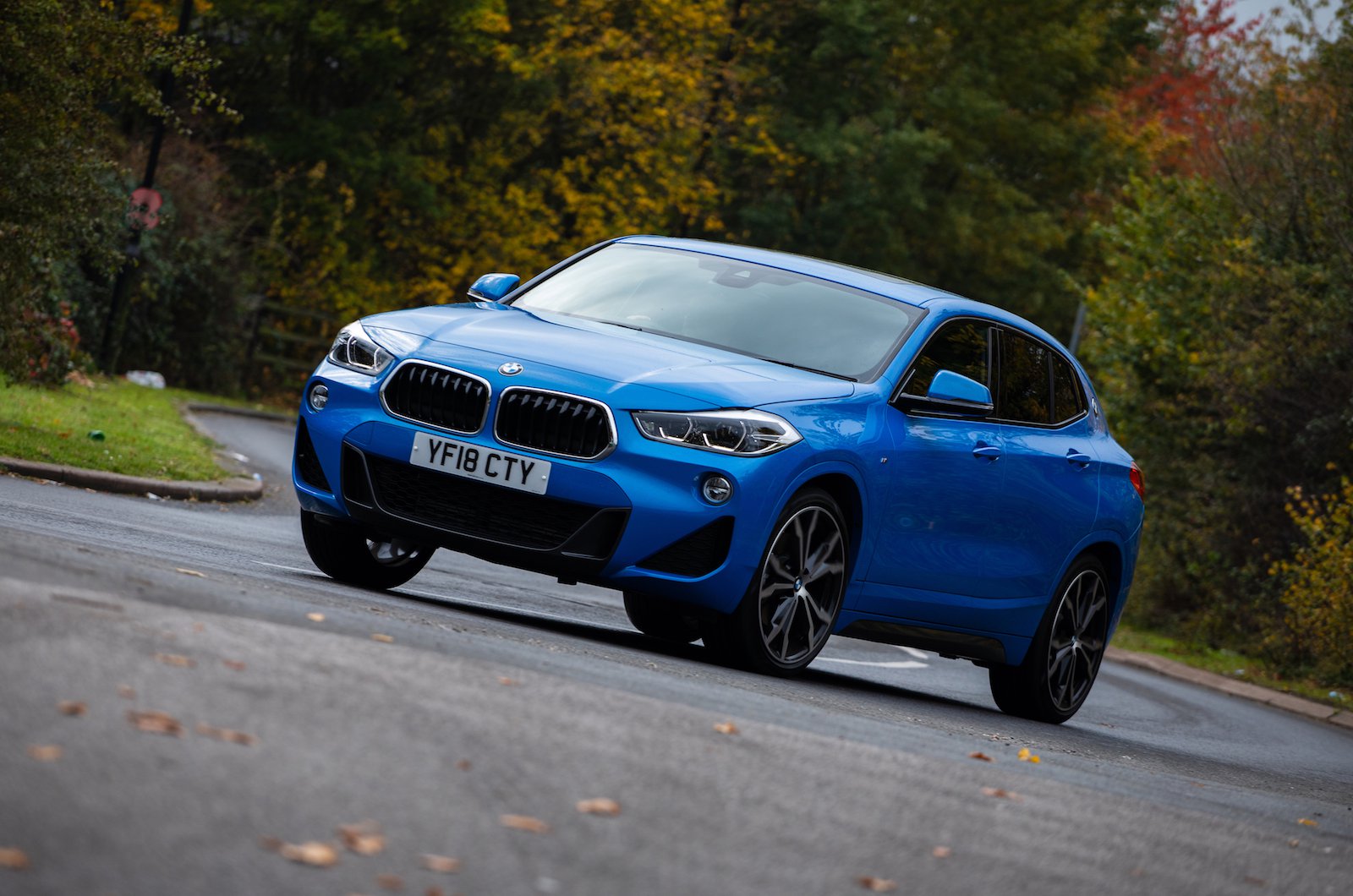 Performance isn’t an issue with the X2 – the punchy 189bhp 2.0-litre petrol and responsive seven-speed automatic combine to give an accelerative performance not dissimilar to a junior hot hatch.

No, the biggest gripe with the X2 concerns the ride quality. This is a firm-riding SUV even on standard wheels and springs, but the 19in alloys, low-profile tyres and lowered suspension of M Sport models will have you and your passengers bouncing uncomfortably down a rough road. It’s particularly bad at low speeds.

Where this firm suspension does pay dividends is handling, because you can attack corners with the same vim and vigor as a regular family hatchback rather than a cumbersome SUV. Front-wheel-drive X2s like the sDrive version in this test can struggle a little to put power down, and there’s a little bit of kickback through the steering wheel if you try to exit a corner under full acceleration.

The bigger V6 diesel engine in the Macan is silky smooth and, if anything, even more impressive than the one in the X2. It has huge reserves of torque at low revs and feels the more relaxing of the two, especially around town. The auto gearbox in the Porsche isn’t as responsive as the one in the BMW, particularly if you demand a quick burst of acceleration.

Like the X2, the Macan has a firmer ride than most SUVs, but as long as you avoid some of the larger tyre sizes, it won’t be as jarring as the BMW. Better yet, if you can find one with the optional air suspension, you enjoy a much more cushioned ride at low speeds.

Handling is just as impressive as the lower X2, although really tight corners will expose the additional mass of the Macan. Generally, all the steering, accelerator and braking weights are very well judged, making it a pleasure to pilot the Macan down a twisty road. The standard four-wheel-drive system also does an excellent job apportioning power between all driven wheels for maximum traction, even in difficult conditions.

The BMW looks to be better value than the Porsche because you can save a few grand if you buy one for the What Car? Target price of £34,273 against the £36,000 you’ll need for a Macan.

The Macan will also cost you more in road tax, especially if you buy one registered after 1 April 2017 because then you’ll have to pay £465 per year instead of the £200 you’d have to fork out under the old CO2-based system. The X2, on the other hand, will only cost £145 per year.

A Macan needs to be serviced every two years and 20,000 miles, which is slightly longer than the intervals for an X2. However, Porsche servicing is much pricier than the BMW equivalent, so the X2 wins again here.

The residual values might be a bit of an eye-opener, though: when the Macan was new, it was predicted to maintain a whopping 64% of its value over three years, and if you look at values of five-year-old examples of the Macan, it’ll likely be worth around £24,000.

The X2, on the other hand, should only keep 43% of its value over three years, so it’s predicted to be worth just under £16,000. That’s a serious amount of money you’ll lose in depreciation by buying new instead of used.

Both BMW and Porsche have similar brand reliability scores according to the What Car? Reliability survey, so there’s little to pick between the two here. You should, in theory, get better fuel economy from the diesel engine in the Macan, though.