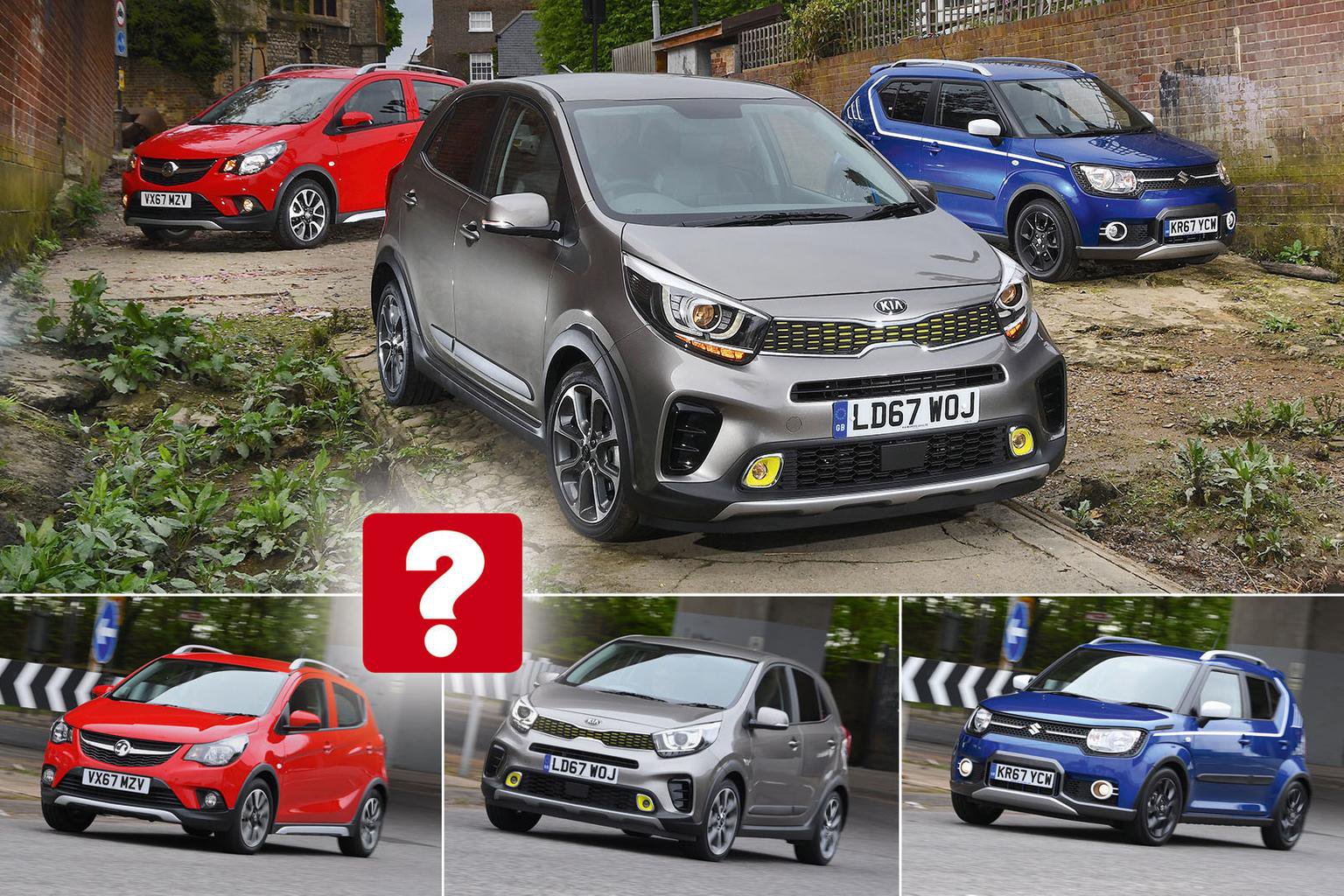 New X-Line trim takes our City Car of the Year and adds a smidgen of ‘rugged’ appeal.

Rocks trim adds 4x4 imagery to Vauxhall’s smallest model with the aim of widening its appeal.

The closest here to an actual SUV, but in front-wheel-drive form it’s still more of a city car.

Ever heard of something called abductive reasoning? It involves using observation to determine the nature of things. Let’s say, for argument’s sake, that you pulled a pair of red underpants over your clothes and hung a cape around your shoulders; while you would bear many of the symbols of Superman, you wouldn’t actually be Superman unless you started flying around saving people. And this is something we can apply to cars.

Take these specimens. They may look a bit more rugged than your average city car, but, being front-wheel drive, they’re highly unlikely to make it across even a muddy field. Are they SUVs? No. They’re simply tapping into the zeitgeist to add a bit of pizazz. The newest of our contenders is the Kia Picanto X-Line, which rides 15mm higher than the standard Picanto – our 2018 City Car of the Year – and gets some silver mock skid plates under its chunkier bumpers. Ditto the new Vauxhall Viva Rocks, a jacked-up relative of the standard Viva that wears some rough-and-tumble styling accoutrements.

And then there’s the Suzuki Ignis, the closest thing to a proper SUV you’ll get in a package this small. Indeed, it’s the only car in this test available with four-wheel drive, although here we have a front-wheel-drive model. 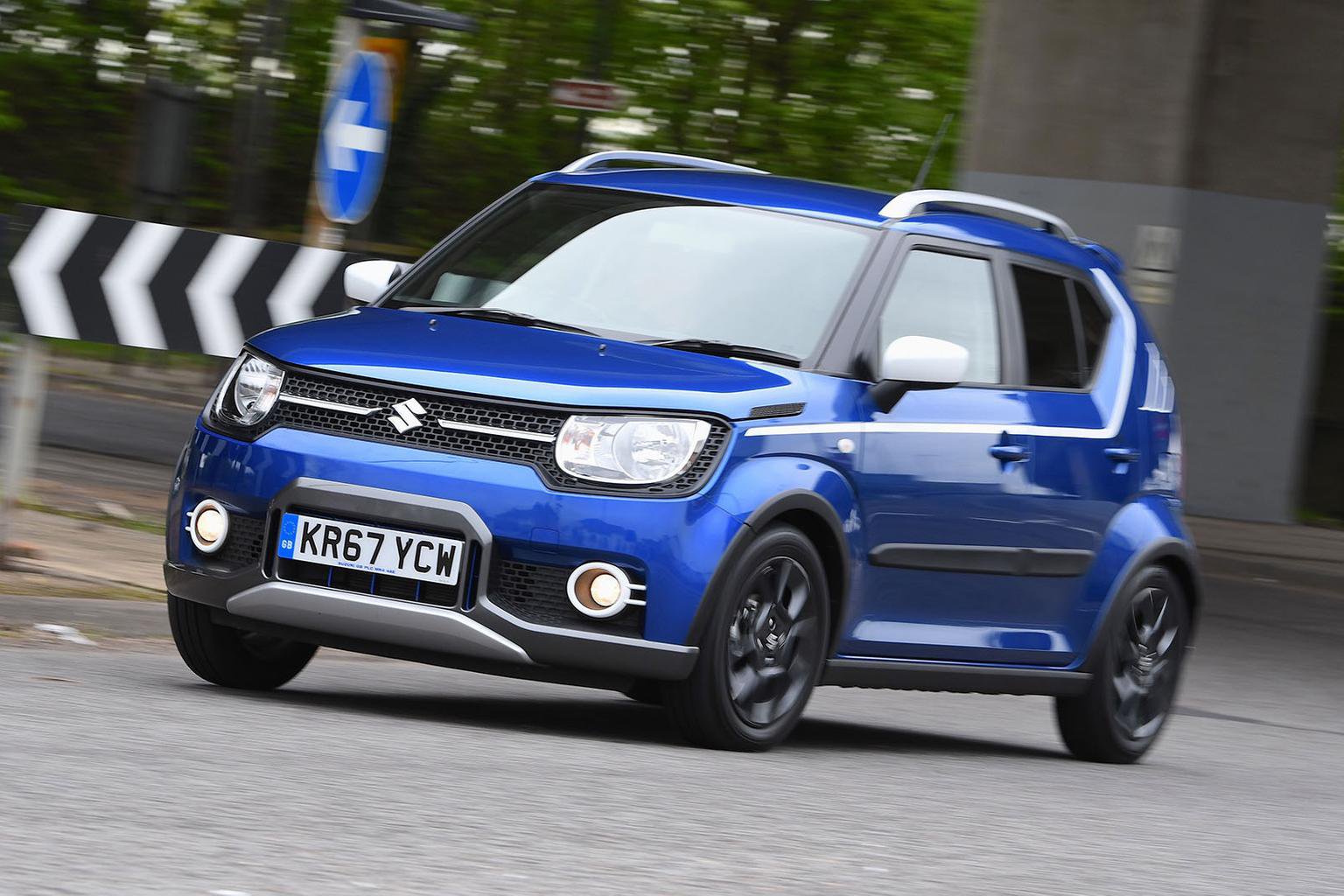 Given that these are essentially city cars, you might think performance isn’t the biggest of concerns. But even around town you’ll appreciate the Ignis’s extra zip, and the sprightly Picanto isn’t far behind. Meanwhile, the Viva is adequate for the urban sprawl, but its little three-cylinder petrol engine is wheezy and weak relative to the bigger, revvier four-cylinder petrols of its rivals.

This becomes ever more apparent the faster you go. All three cars have five-speed manual gearboxes (although you can get an automatic in the Picanto and Ignis), and if you change up through each gear while wringing every scintilla of brio from their engines, the Ignis accelerates from 30-70mph the quickest – handy when you’re joining a motorway. The Picanto can’t quite match that pace, but it pulls harder from low revs in fourth and fifth gears, so you don’t have to change down as often. Getting the Viva up to motorway speeds requires the most patience, but once there it maintains 70mph without fuss.

At the opposite end of the performance spectrum, the Ignis is the worst at slowing down. The 55.6m it requires to stop from 70mph is 8.3m farther than the Picanto and 6.9m more than the Viva – potentially the difference between you mopping your brow and an airbag mopping it for you. 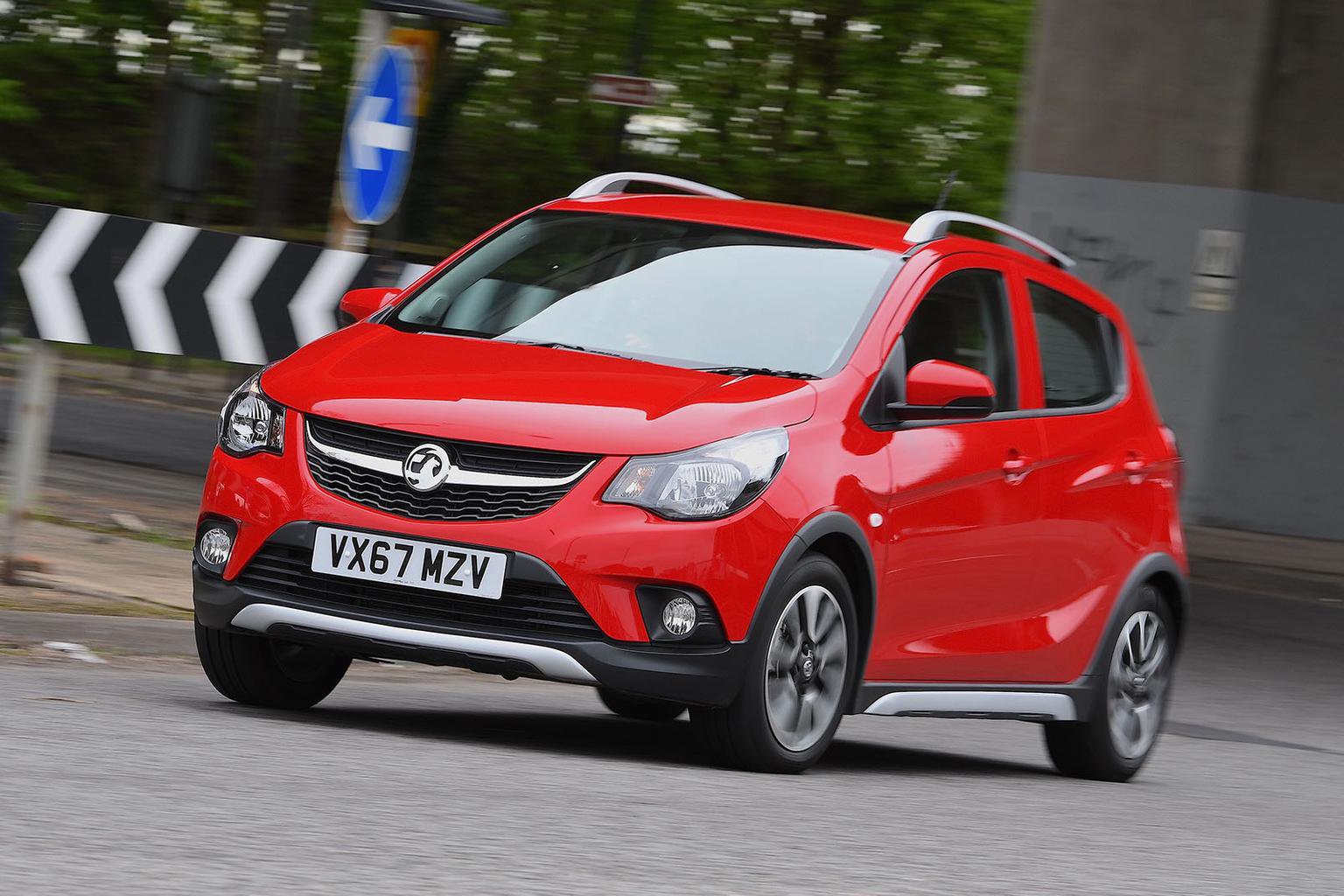 Around town, the Ignis’s ‘digital’ brake pedal stops you from driving as smoothly as you’d like, too, although its gearbox is more precise than the Viva’s long-throw action. The Picanto, meanwhile, has the slickest gearchange, the most predictable clutch biting point and the most progressive brake feel.

In terms of refinement elsewhere, the Viva is pretty good for a city car. Its three-cylinder unit sure has a distinctive thrum, but it’s softer in tone than the others’ harsher-sounding engines.

On the motorway, there’s plenty of road noise in all three, accompanied by some engine hum, but the Viva generates the least wind noise, making it the quietest cruiser. The Picanto is slightly noisier – mostly due to the roar from its tyres – but still perfectly bearable, whereas the hullaballoo of wind rushing over the Ignis’s door mirrors makes it the least agreeable at speed.

Around town, the Ignis’s ride isn’t the greatest, either. It’s soft enough to cope with large, gentle bumps quite happily, but across sharp ridges or potholes it shudders and rattles your teeth. 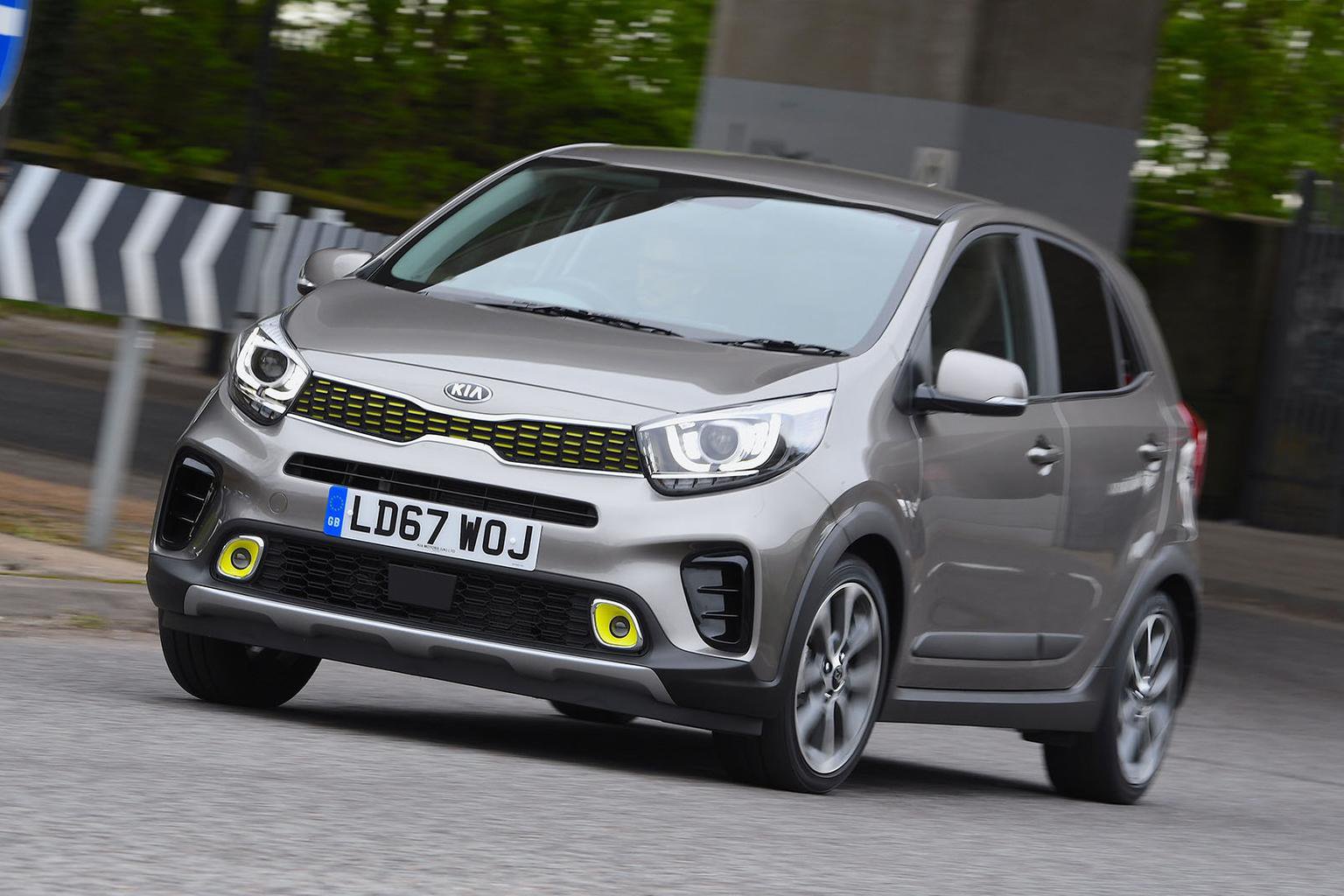 The Picanto’s suspension is the firmest, so it picks up on more of the little imperfections that the Ignis eradicates, but we’d happily live with that for its more effective damping over really pockmarked stuff. The Viva strikes the happiest balance between suppleness and control, making it the comfiest both around town and on A-roads.

All three cars are light and easy to steer through town, but if you like a bit of spirited driving on twistier roads, the Picanto offers the tidiest body control and the best sense of connection to the road through its quick, accurate steering. The Viva leans a tad more and its light steering requires getting used to, but it still handles well enough. The Ignis is poor in comparison, with the least grip and worst body control, and it exposes you to shocking kickback through the steering over mid-corner bumps.