Volvo is once again ploughing its own furrow with the distinctive new XC60 SUV. Its goal: to beat the excellent Audi Q5 and Porsche Macan...

Second-generation Q5 is a great all-rounder, with space, comfort and quality all key strengths

Nothing can match the Macan for badge appeal, but it also offers great performance and handling

“Have you gone completely nuts?” Ah yes, it might seem odd for us to pit a near-£50k Porsche Macan against two SUVs that cost around £10k less, but bear with us; there’s method to this apparent madness. Before we discuss the cunning plan afoot, though, let’s properly introduce the contenders.

First is Volvo’s new XC60, a car that has plenty to live up to when you consider that its predecessor sold in greater numbers in its fi nal year than in any of the preceding eight years of production. To keep you smitten, Volvo has made the XC60 bigger all round and given it a swanky interior much like the one in the larger XC90, along with bundles of new tech. We’re testing the entry-level 2.0-litre diesel in sporty R-Design trim.

Next up is the Audi Q5, itself launched only last year and to much acclaim. Like the XC60, it has grown in size to meet the growing demands of modern families, is powered by a sensible 2.0-litre diesel engine and is represented here in similarly sporty S line trim.

And finally: the cunning plan. Yes, the Porsche Macan is the priciest cash buy here, but you can have this sporty SUV with a humdinger 3.0-litre diesel engine beneath that race-bred badge for less per month than the XC60 if you’re buying on PCP finance. But the question is: should you? 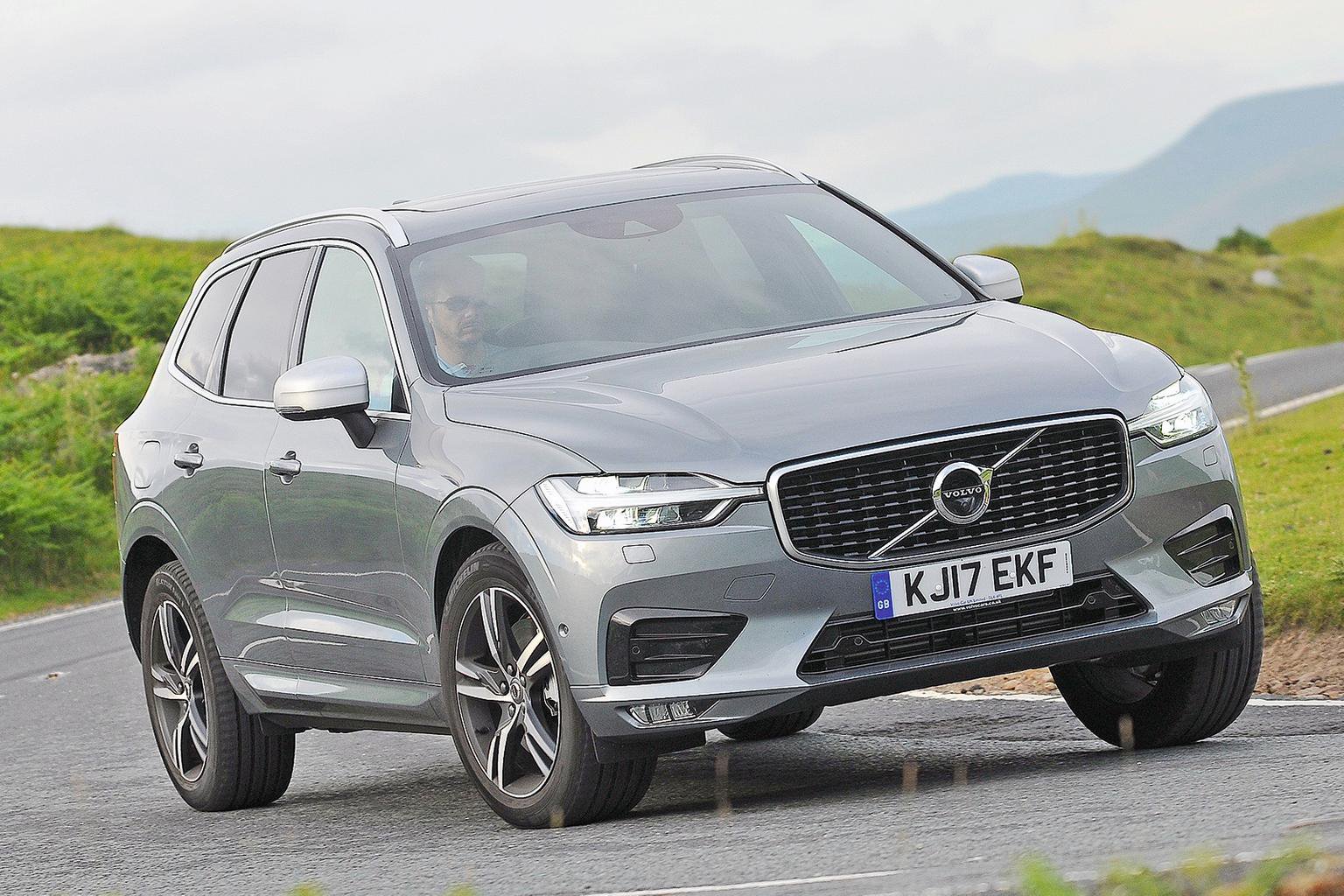 If you covet performance, the Macan is the one for you. With launch control (if you have the £774 Sport Chrono pack) triggering 255bhp and batting against 188bhp in the other two, the Macan storms off down the road and on to 60mph in just 5.9sec, leaving the Q5 loitering 2.0sec farther behind and the XC60 0.6sec behind that.

But what does that actually mean for real-world driving? Well, beyond the puerility of a traffic light drag race, the Macan is by far the least stressful when you want to get up to speed swiftly on a motorway or breeze past that unhurried caravan on the B4042.

That’s not to say the Q5 and XC60 are slow. Indeed, if you’re the sort of driver who rarely brushes the carpet with the back of the accelerator, both the Q5 and XC60 will provide perfectly respectable grunt for crossing counties or countries. Even when they’re loaded to the gunwales, they’ll pull you along ably – just not as briskly as the Macan.

None of these cars has a brilliant automatic gearbox. Each can leave you floundering when you accelerate out of a junction, but at least the XC60’s isn’t jerky at parking speeds like the others’.

Another area where the Macan scores highly is its engine note. Being a V6, the engine purrs away with a satisfyingly throaty tone. That said, the Q5’s four-cylinder diesel remains more quietly dignified, even in the upper end of its rev range. Less so the XC60’s. It rumbles away noticeably at idle, and even though it’s hardly uncivilised beyond 1500rpm, it’s indisputably the noisiest here. 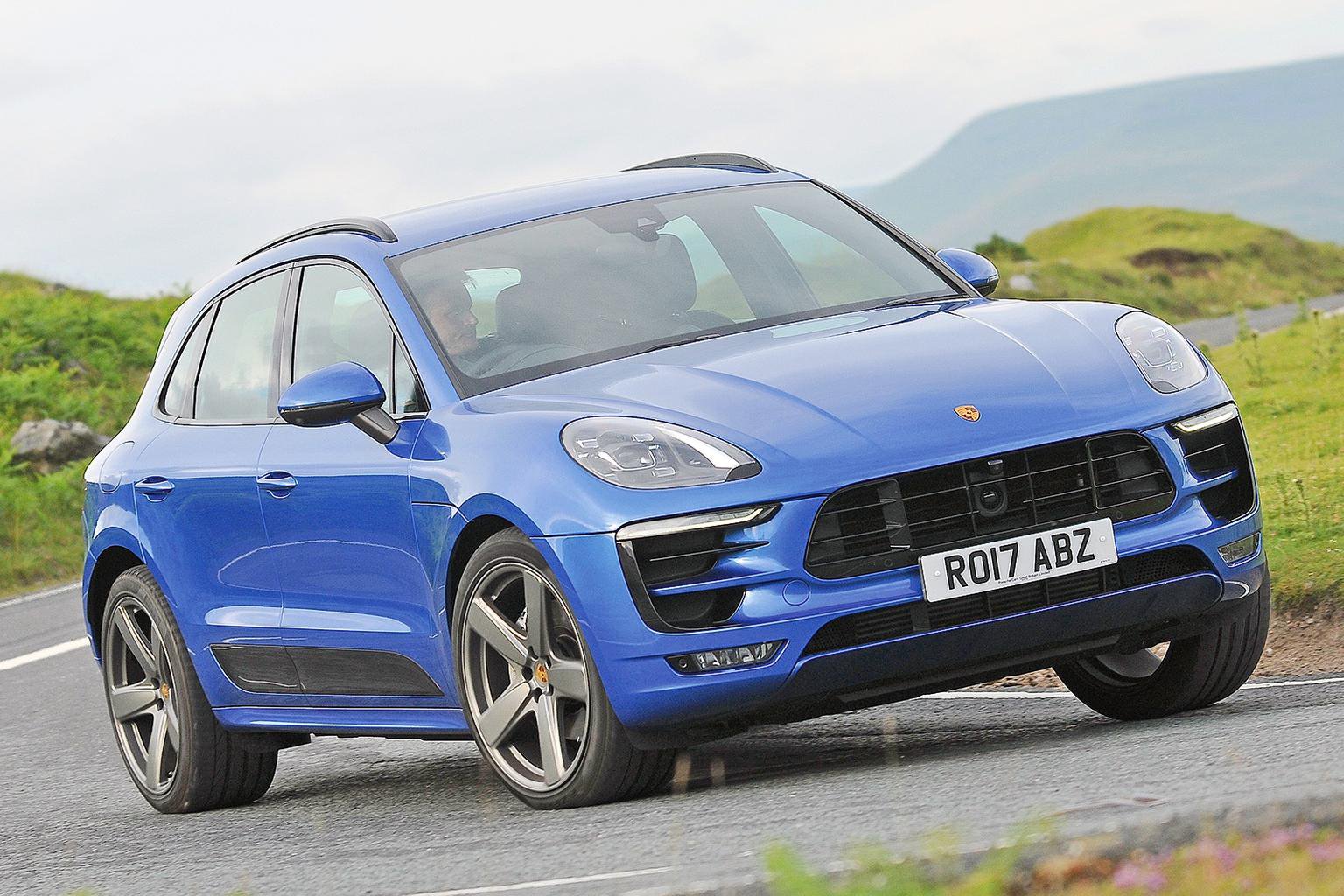 The XC60 is also the loudest in terms of wind noise. Its big door mirrors are great for seeing what’s behind, but they whip up quite a flurry at 70mph. Mind you, there’s less road noise than in the other two. In the Q5, it takes the form of a high-pitched drone that, incidentally, was worse than in Q5s we’ve tested previously. The Macan creates a resonance on certain surfaces that’s audible as well as haptic, feeding through the steering. Our test car’s optional 21in alloys were probably partly to blame.

All things considered, the Q5 provides the most peaceful environment at a steady 70mph, followed by the XC60 and the Macan. None of them is exactly taxing over a distance, though.

Ride quality is a mixed bag, with all three displaying strengths and weaknesses. Let’s start with the XC60, which, on optional £1500 adjustable air suspension, conveys you across crests, dips and ripples with a suppleness that its two rivals can’t muster. It’s best on the motorway, soothing you along, whereas the other two, particularly the Macan, gently jiggle you.

Marvellous, you think, until the XC60 strikes something sharp-edged, such as a pothole. Then it jars you abruptly. And if you traverse a string of such imperfections in quick succession, you feel a shimmy through the car’s body for good measure.

On its optional £1860 adaptive air suspension, the Macan is a different kettle of fish. Even in its softest mode, you grasp immediately that it’s tauter and firmer. Whereas the XC60 needs time to settle after a speed bump, the Macan controls its heft quicker, yet it’s less prone to crashing over jagged imperfections. It’s a good compromise that, other than that slight motorway fidget, never really irks. 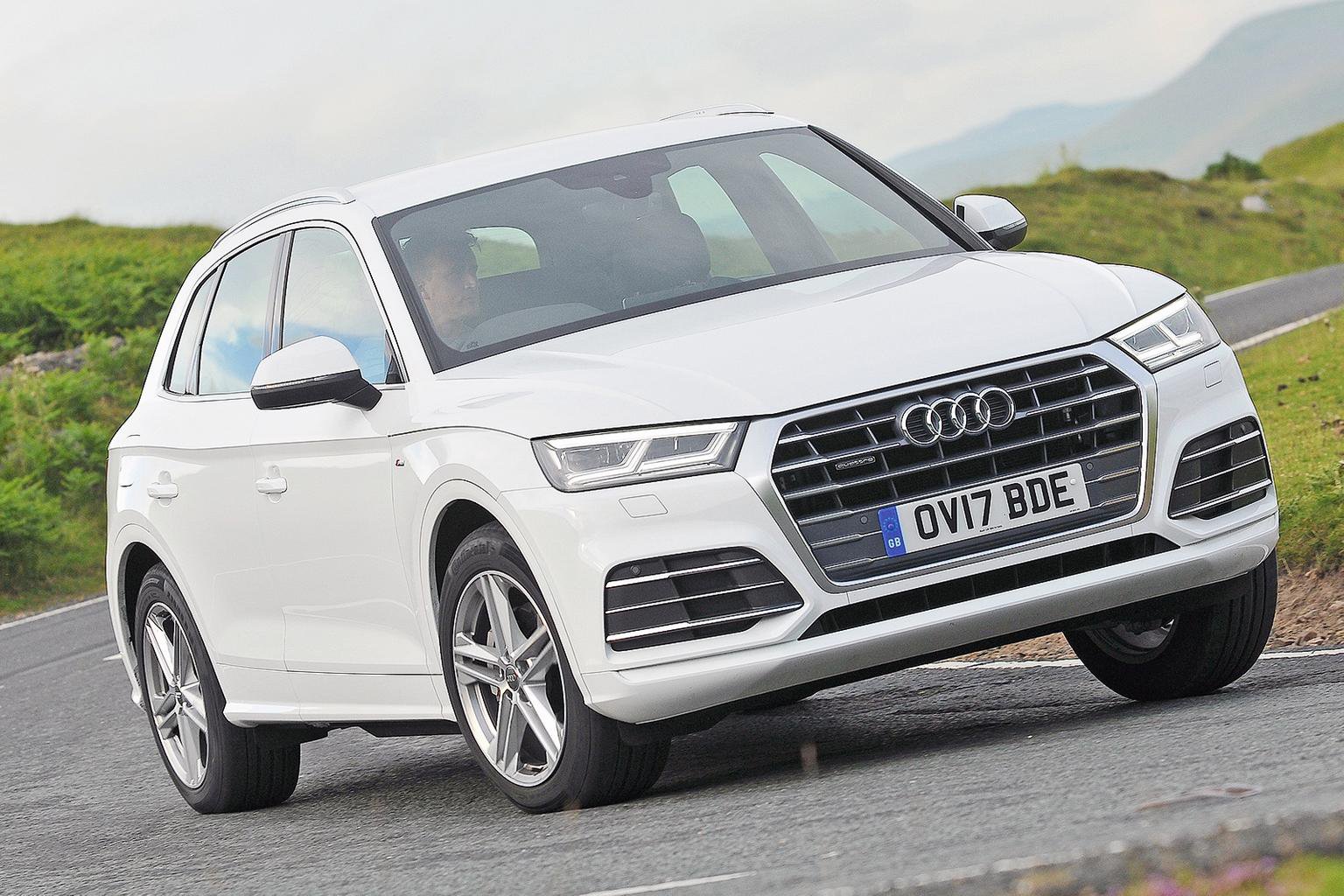 The Q5 slots somewhere in between. Although as standard it gets what Audi calls Comfort Dynamic suspension, which is a bit softer, our car had the stiffer Sport suspension – a no-cost option. It produces the most background suspension noise and it’s marginally less compliant than the Macan, although it is less prone to thumping over broken roads than the XC60. However, we know that the optional (£2000) air suspension affords the Q5 a sublime, class-leading ride.

The Q5 is pretty decent in the corners, too. These cars are tall, heavy SUVs, so they tend to lean over more than hatchbacks, but with that in mind, the Q5 handles and controls its mass well. Overall grip is good, the nose turns in keenly and the car changes direction crisply. The firm brake pedal is reassuring, too. Our only gripe is the steering. It’s accurate but a touch light initially and then, with a quarter of a turn of lock on, becomes overly heavy.

If the Q5 is good to drive, then the Macan is brilliant by class standards. You’ll be amazed at how such a heavy car darts into corners and follows up with great stability thereafter. The steering is weighty but consistent, nurturing your trust that the tyres will grip. Put simply, if you want an SUV that’s as close as possible to a sports car, the Macan is just the ticket.

Despite being billed as sporty by Volvo and being kitted out in racy R-Design trim, the XC60 is the least impressive in corners. At anything more than moderate pace, it lurches around, with its nose always wanting to run wide of your chosen line. Change direction quickly at speed and the rear end gets a bit twitchy, too. And while the steering feels weighty around the straight-ahead to keep you tracking true down a motorway, it’s too light through corners to give you any real feedback or confi dence. At least this makes the XC60 the easiest to manage around town. 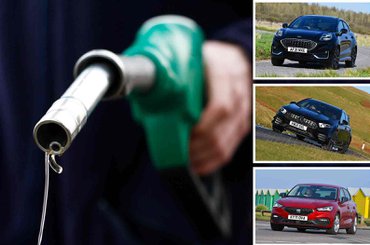