The Suzuki S-Cross’s 1.4-litre turbocharged petrol engine is powerful enough to feel at ease whether you’re bumbling around town or merging into high-speed motorway traffic. Officially, in two-wheel-drive guise, it’ll get from 0-62mph in 9.5sec, which is about half a second faster than the equivalent Skoda Kamiq and the entry-level Nissan Qashqai. In Ultra trim with four-wheel drive, it slows to 10.2 seconds, but that still matches those two rivals.

Most of the available power comes low-down in the rev range, and it quickly tails off as the needle works its way around the rev counter. That’s not an issue with the manual gearbox because you can change up to a higher gear when appropriate. The automatic 'box, on the other hand, quickly drops down a gear when you put your foot down but then holds on to gears for slightly too long before changing up.

The upside of that softness is that the ride is generally quite comfortable because it’s good at smoothing out the worst of the bumps and ruts around town, and settles nicely on a motorway. Expansion joints can send a heavy thump and shiver through the car at speed, though, and there’s quite a bit of noise from the suspension too.

Overall, the S-Cross is a comfortable enough family car, but not quite a match for the Qashqai and far from the Kamiq or the Volkswagen T-Roc, which are arguably the best-riding cars in the class. 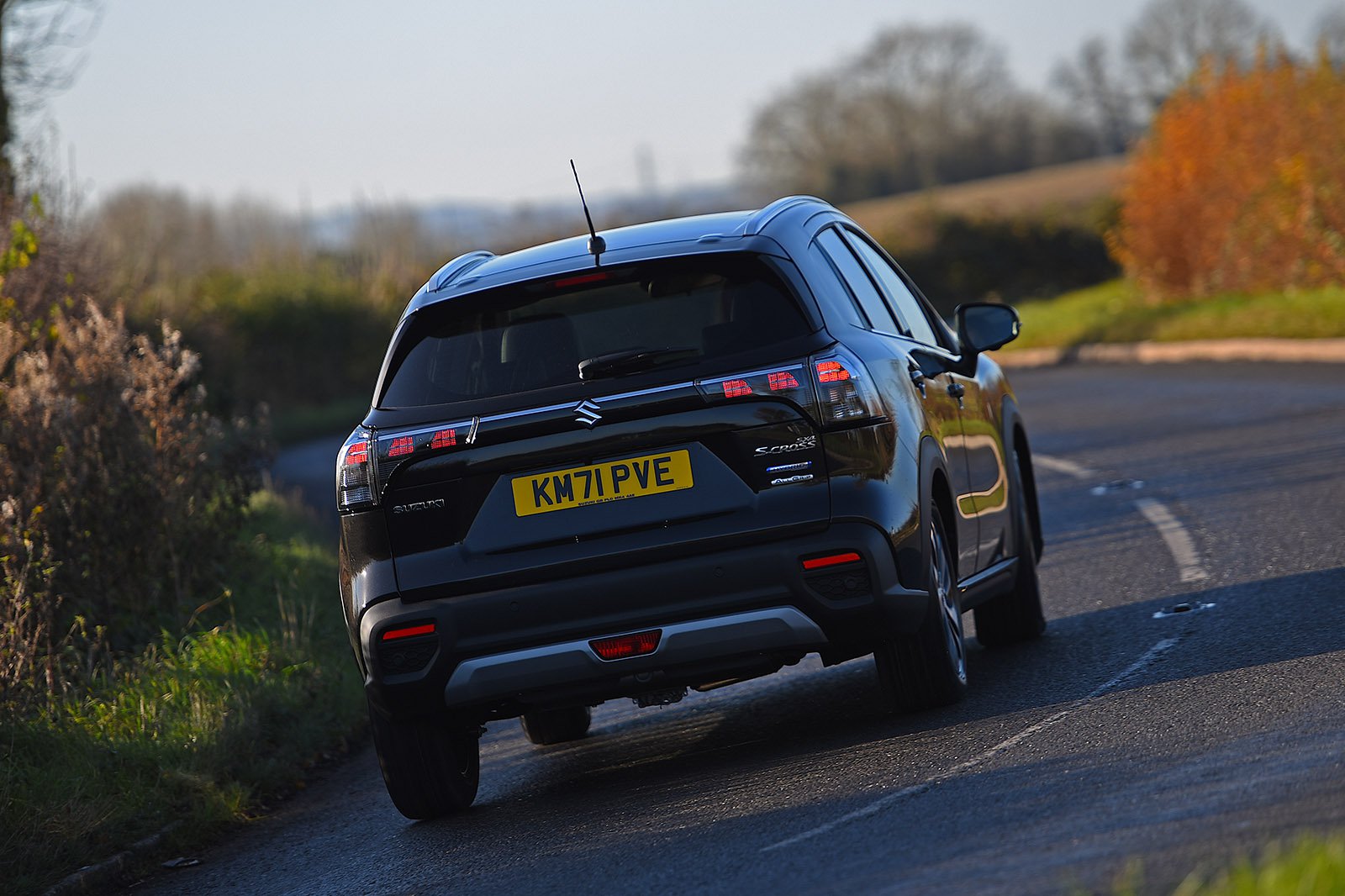 The S-Cross is a little uninspiring to drive in comparison with the Seat Ateca and other family SUVs that have raised the bar for handling. That’s not to say it's bad, though: its light steering makes easy work of low-speed manoeuvres, and it feels stable on a motorway.