Access through the big front doors is good and, once inside, there's plenty of head and leg room, even if you're tall. The Volkswagen T-Roc is wider, so if you prefer to have more distance between you and your passenger that’s worth considering instead.

Storage space is not as vast as it is in the Skoda Kamiq, but you still get plenty of trays and a couple of cupholders. The door bins might be long but they're also shallow, and the glovebox is minuscule.

Ultimately, the Crossland is beaten on rear space by many rivals these days, including the Ford Puma and Nissan Juke, but most convincingly by the Kamiq, which offers an astonishing amount of space for its size.

Head room is not a problem, but if you’re sat in the back and over six-feet tall – and sitting behind someone with the front seats slid rearwards – you’ll have very little knee room. And just as it is in the front, the Crossland isn’t particularly wide, so you'd be better off with the broader T-Roc if you regularly carry three adult passengers in the back. To be fair, the foot space under its front seats is fine and the central tunnel that runs along its floor isn't as pronounced as it is in other competitors, either.

There's not a lot of storage space in the back of the Crossland. You get a couple of small door bins and it's only on upper trims that you get a rear armrest and map pockets. 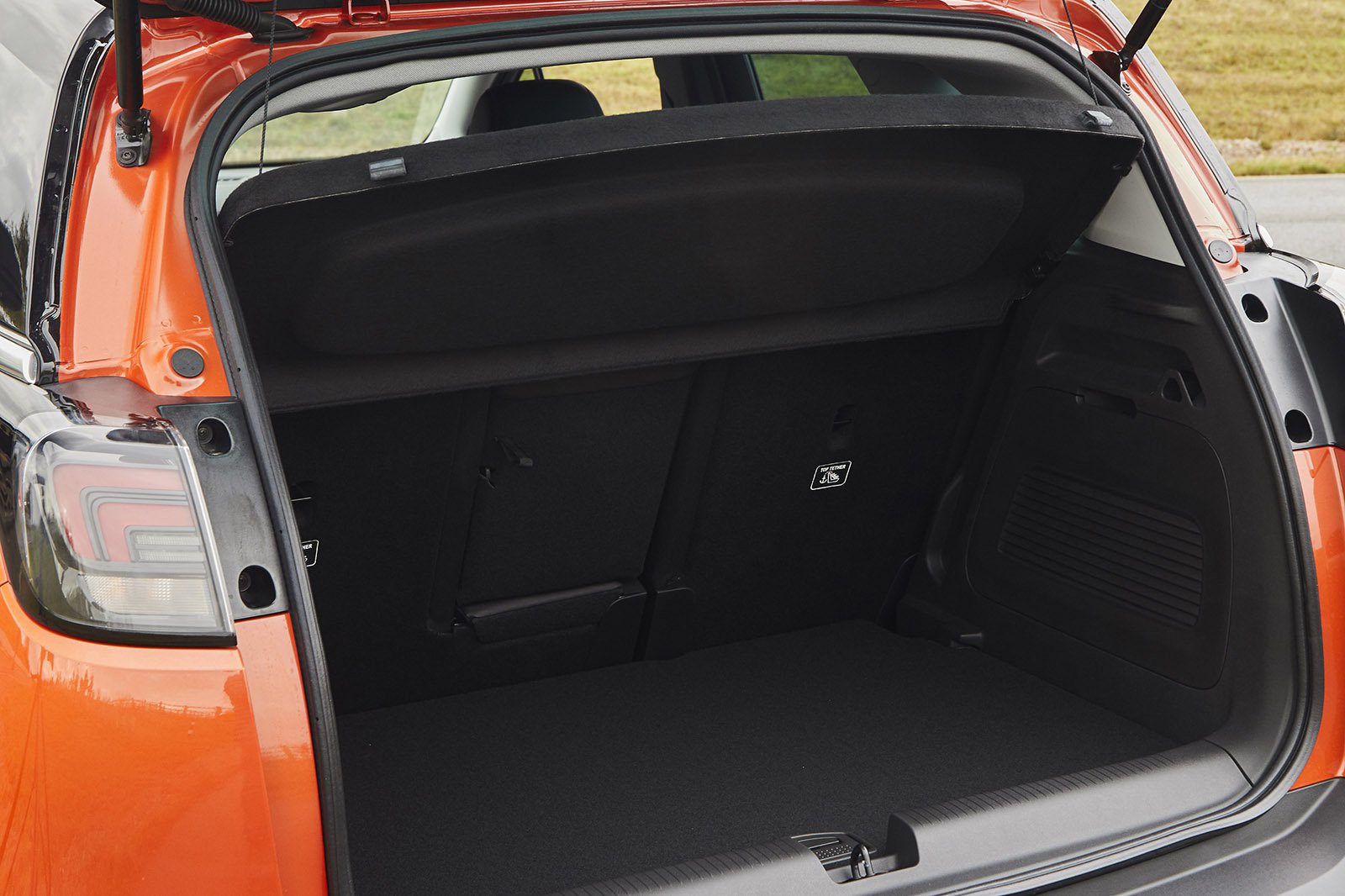 Most trim levels just have fairly typical 60/40 split-folding rear seats, but not SRi Nav trim. That and Ultimate Nav trim come with the Versatility Pack, which includes a 40/20/40 split for the rear backrests, plus reclining and sliding rear seats. There aren't many cars in the class that have all those features, or even any of them. It's just a shame it's only provided on a pricier and the priciest trim.

At 410 litres (or up to 520 litres on models with sliding rear seats), the Crossland’s boot is bigger than most of the competition's, including the Nissan Juke’s and the Kamiq's. The Ford Puma, with its big well under the floor, has more space overall, but you'll still get a buggy or a couple of medium-sized suitcases in the back of the Crossland, no problem.

On top of the boot's size, it's square and, if you pick SRi Nav or Ultimate Nav trim, you'll get a height-adjustable boot floor. If you raise it up there's barely any lip down from the bottom of the tailgate opening and you get a smooth floor when the rear seats are folded down. On other versions without the adjustable boot floor, there is a step in the extended load bay with the seats folded and a bigger lip to heave items over.